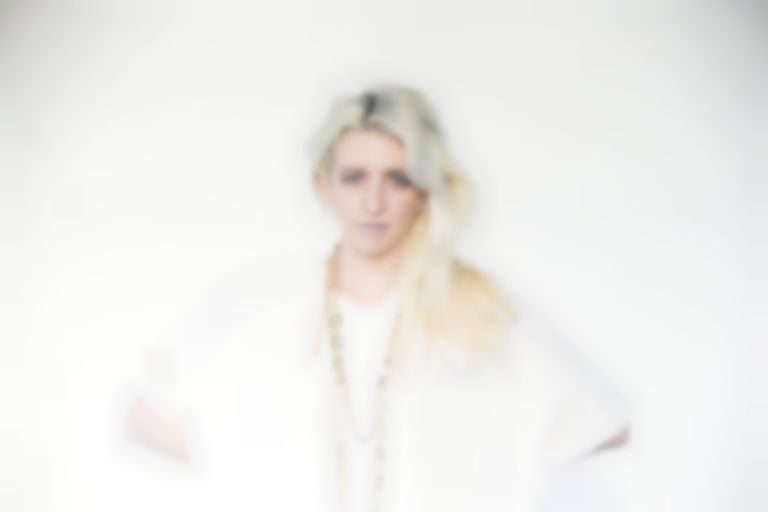 Four years since her breakthrough record Kairos, Casey Dienel is gearing up to release her new album as White Hinterland, Baby, due via Dead Oceans on 31 March.

A complex, deep, dark and heady record written over the course of two and a half years in Montreal and Portland it is the sound of Dienel forging a new identity and coming to grips with the personal struggles she faced.

To see what we’re talking about you can stream it in full below, and read in Dienel’s own words what the album is all about:

“Like many people, much of my life I have struggled with depression. 2012-2013 were marked by loss. I don’t want to romanticize depression because the most depressing thing about it is its commonness. There was no Silver Linings Playbook story triggered by one melodramatic event. You sink into it slowly, sometimes imperceptibly, and it’s easy to keep sliding. You become an expert at showing your Good Side and hiding the Bad Side from everyone else. I developed a lot of bad habits in the name of hiding things. I assumed if I could blot out the nasty part it would go away. Of course, it didn’t. Eventually the bad habits showed up on my doorstep all at once, shouting. Option 1 was: “Pull yourself out of this.” Option 2 was not an option.

A common myth about depression is that it makes for better art, but I’m here to testify it doesn’t. Baby didn’t really come together ‘til I took steps towards happiness. I spent 3 years working on the album with different producers in other studios, but nothing clicked. So I scrapped everything and decided to move home with my parents to figure out what to do next. Two days before the move I was T-boned at an intersection by another car. The EMT told me it was “a miracle” I walked away unscathed. He said three inches to the left and I would likely have been dead on impact. I always wanted to get into production but it took an SUV barreling through an intersection to kick my ass into shape.

It’s painful to weigh the expectations we have of ourselves against the wishes of everyone else. Harder still when their intentions are good. I had to come to terms with the fact that some things I want out of life might not include some of the typical benchmarks expected of most women: marriage, domesticity, children etc. I had to tell a lot of people, including some really good friends and colleagues, to back off. For women, the pressure to “have it all” can be very palpable. And as strong as I liked to think myself, even I found cracks under that pressure. For a long time I wished I could be anyone but who I was, which at the end of the day is someone who knows more about synths than makeup. Someone who can’t always be pleasant and obliging. Someone who enjoys being the Alpha in a professional setting. Someone who prefers being onstage to almost anywhere else on earth. Knowing what you want is everything.

What I wanted was total independence, and that meant self-producing. I wanted control over the direct expression of my work. The goal of building the studio was not to make a record. I just wanted to learn. I thought making loud noise would be cathartic. I wanted to get back to the mindset of playing piano and writing purely for pleasure. The Baby sessions were monk like and lasted all summer. Working alone made it possible to perform without feeling self-conscious. From there it just blossomed.

The writing process informed the production. If a song needed brass, then I put in a call to my friend Cole Kamen-Green for horn players. If some songs wanted to be piano only, OK. If some songs wanted a blown out synth, OK. There as no “try,” only “do. I had over 30 songs going, stripping away until only the essentials were left. Some lyrics pick up on my returning sense of humour, which was really encouraging for me to see. I spent the summer basically in the same track suit, not brushing my hair or caring a lick about keeping up appearances. I really relished “letting myself go” and doing whatever I felt like. I just wanted to make sure that no matter what happened I made the thing I wanted to hear the way I wanted to make it. As I went deeper into working on it in solitude, the external WH team grew. There were a lot of really amazing friends and family cheering me on behind the scenes, and that was indispensable to its completion.

Without explicitly trying to, the album really reflects my mindset at that time. It tracks the different shades of blue in depression, the impotence and anxiety it stirs up, and my hope for anyone who has ever felt this way it that this might be of some comfort to them. It’s about having a good hard look at what is going on inside, and in some way even celebrates and revels in that ugliness. Someone once told me to embrace that side like it is one of your own children, because it’s very hard to let go of anything without accepting it first.”

There is more about Baby included in our Track by Track.