Me Not You, the New York duo of Eric Zeiler and Nikki Taylor, made their entrance at the end of 2016 with the astonishing “Bulletproof.” As they release their collected output so far on the Reckoning 1 EP, they talk us through its six songs, how they got here and where they’re headed next.

When their previous band Little Daylight split up, Zeiler and Taylor went to Los Angeles to work with producers, which was where the vision for Me Not You unexpectedly took shape. “We were trying to keep the momentum up after Little Daylight so we jumped right back into the studio, but was clear right away it didn’t feel right for us out there.” Instead of exploring the chemistry of working together as a duo, they found themselves adding new people to the mix, so they decided to abandon the sessions and spent a few weeks on the beach instead of the studio. “We just let the previous year or so start to sink in. We talked a lot, we wrote a little music in a cottage we rented and we let time do its thing for a minute.”

On returning to New York they discovered that their perspective had shifted. “We knew that the new project had to be more elemental, just the two of us writing and producing alone in a room. We knew we needed to make music for its own sake, to dig into our experiences and create something genuine, something from the heart. Once we started writing, we realized that we kept coming back to the stories of our lives and the choices we’ve made, so we decided to call the EP Reckoning 1. The “1” is because there may be more reckoning yet to do.”

Having completed chapter one of their new story, the pair are now in the process of writing the next chapters of the band. “We’re working on a few sort of more experimental song cycles, so we may put them out separately, but there will be tons more music coming out soon.”

Taylor: “Bulletproof’ was the first song that we wrote as Me Not You. We were coming out of a pretty dark period following the end of our old band, Little Daylight and Eric and I would get together in the studio and just fuck around, experimenting with sounds, playing guitars, messing with weird synth patches and not thinking about making songs or really anything at all. We knew we wanted to keep making music together, but at that time we weren't really sure what form it would take. So the first day we got into the studio Eric began playing the organ riff that starts the song and I just started singing into the mic as it was coming to me.

The chorus, melody and lyrics just sort of happened instantly, I didn't know what I was singing about or really what the words even were, but the sentiment was there for sure - that there would be hope and a future for us. Honestly, it felt cathartic and we knew right away that we had something meaningful. Eric started developing the drum feel right away and within a few hours we had a demo for the song.

Zeiler: “These Streets’ is our love letter to New York. The city is such a part of us, as people and as a band, it's not always easy to live here but it's always inspiring. Many musicians are leaving for LA, but fuck that. We're here to stay.

The guitar solo was fun to record, I just played a bunch of random stuff and Nikki went crazy with the guitar pedals. We had an old Memory Man and a bunch of fuzz pedals going, one of the pedals kept shorting out but it kind of adds to the vibe. When we played the song for our sound guy and jack-of-all-trades-guru Emmett, he thought it should be wayyyy faster than we had it, to match the energy of NYC. He was right and we ended up with something that sounds exactly how the city feels to us.

Taylor: During a trip to Costa Rica a while back, I was on a beach after a long night, the sun was rising and I was enjoying the hazy afterglow of an elevated state of mind. Some words came to me then, this feeling of being blissed out next to the sea and just absorbing the sounds that were happening around me - the cicadas, some old men singing nearby and me trying to find a sense of quietness and peace in all of it.

A month or so after that we were back in the studio and building up a track with a bunch of psychedelic layers of noise and sounds. We had this really simple drum machine loop going that we were jamming on, we started looping guitars and synths on top of it and just building the melodies linearly. The song started as just the verse, like a 45 second interlude kind of thing. We dug what we had so we kept extending it, one verse, then a verse and a chorus. Then why not try a second verse? Now it's three minutes and we called it a day, three minutes should be enough, right?

We got a message from a fan a few weeks back telling us that it's way too short and can we do an extended version for him? No, I guess three minutes isn’t enough, maybe we'll fuck with it live and see where it takes us. 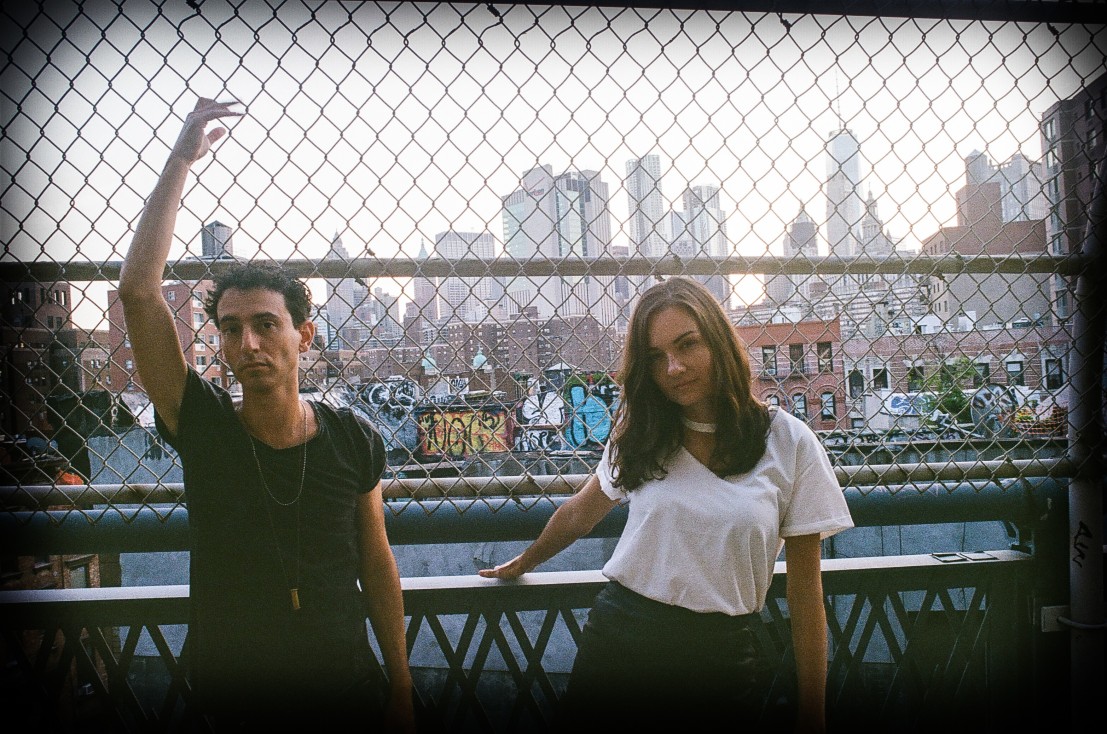 Zeiler: One day last fall we were sat in Prospect Park with acoustic guitars. I was playing around with some chords and everything was sounding generic to me, so I tried to find the ugliest two-chord progression I could. I ended up with the main riff in the song and Nikki starting singing the verse melody on top of it. Once we had the main song written we rushed back to the studio to record electric guitar and fuzz bass parts, because we didn't want it to linger as a folky acoustic thing overnight.

Once it was a little bit loud and aggro, the vibe really came into focus for us. Nikki wrote the lyrics about a friend of hers, who she hadn't seen in a long time and had gone through a hellish time with drugs. The song is a letter to this friend, a way to say the words that were never said.

Taylor: I wrote 'Relief' about getting kicked out of my Catholic high school for dating another girl there. There were a few weeks when I knew it was going to happen, so I had sort of checked out and would just hang out on the roof and skip class. At the time it seemed like the worst thing that could have happened to me, but pretty soon after I realized that it was the best thing that could have happened to me. I ended up switching to an arts high school and spent my time learning music theory instead of religion!

Funny story: we wrote the guitar riff that happens after the chorus, but then realized that the riff from The Breeders' “Cannonball” would also work. We somehow found our way to Kim Deal and sent her the song, asking if we could use her riff. Nope. Straight up rejected. (We still love you Kim!!)

Zeiler: We were working on some drums for a different song in the studio and Nikki got an idea and told me to start looping her singing a Cappella. She sang it completely off-the-cuff and layered the four harmony parts on top of each other. The lyrics and melodies came through her, seemingly without intention. It was amazing to experience, kind of like with ‘Bulletproof’, we didn't know what the lyrics meant as Nikki was singing them, but when we listened back, it was clear.

We were writing about the last year of our life. Life is about second chances and there’s no shame in that. We kept that initial improvised recording as the a Cappella intro on the final version of the song. It was too perfect for us to try to re-record it so we said ‘fuck it’ and just kept it.

Reckoning 1 is out now 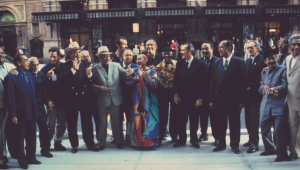