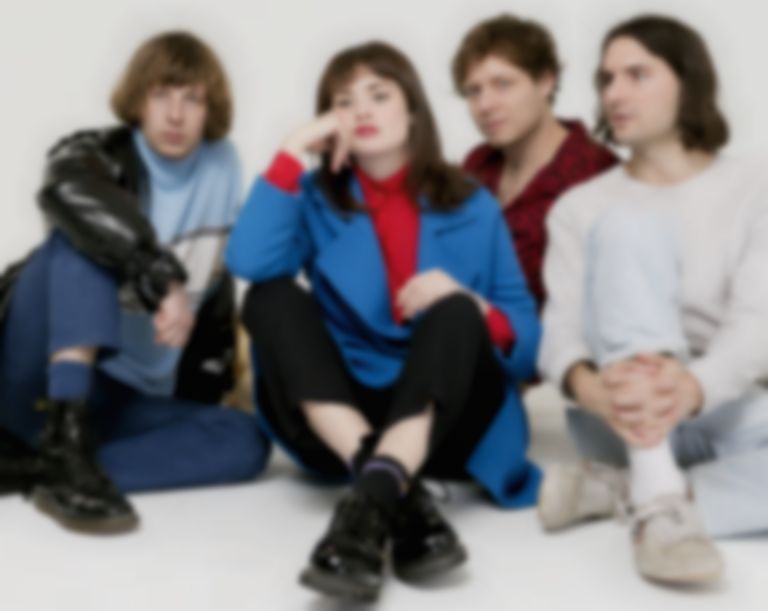 Why TOPS is my favourite band in the world

When Line of Best Fit approached me to write about what inspires me I thought about it for a long time, and struggled to land on a definitive topic. There are so many artists that I am inspired by, and I'll often spend evenings watching all the interviews, live performances and music videos of the 'greats'. There are always a few songs I can't stop listening to.

I fall in love with certain recordings, but I won't necessarily be a huge fan of everything an artist releases. In both cases, it's rare that an artist informs my own creative choices in a way that can easily be pinned down. So I thought, what has continuously inspired me for my entire career as a musician? And I realized that the obvious answer to the question is TOPS, my band.

Riley and David, who have both been in the band since it started, are extremely different from one another. David is a highly energetic and gregarious person, whose musical life is divided equally between hours spent paying guitar or keyboard and writing songs, and doing production work on the computer. I met David when we were 12, and he would walk me home from Junior High School, giving me his iPod and ear buds so I could listen to beats he made on Fruity Loops. I also went to see his hardcore band, Girls' Club, during high school, drinking vodka and Nestea out of a water bottle with my friend Lisa.

Riley is a truly gentle soul, sensitive and intelligent, who chooses his words so carefully that people often mistake him for being stoned even though he actually never smokes weed. He's dabbled in playing different instruments and is currently working on his own recordings, but most notably he has been consistently practicing drumming, both drum techniques and different beats that he's working on, for five or more hours a day every day for the past 8 years or so.

Both of these individuals have been collaborating with me, supporting my music and song writing, playing while I sing nondescript ideas and mess around on keyboard, for years now. We've often had differences in opinion, and we've spent countless hours on musical ideas that never come to fruition. But, we've also shared some of the most elating experiences I've ever had in my life, when after hours of rehearsal we come up with a really good song, an idea that propels you to the next day. There have been many times that we've come up with a song, or made progress on a song so that it finally reveals its potential, and I spend the rest of the night freaking out about it, celebrating while the song goes around and around my head, or listening to the voice memo that I recorded at rehearsal hundreds of time.

Recently Jackson and Marta joined TOPS. Jackson is a local recording engineer whose recent work includes Homeshake and She-Devils, my two favourite Montreal bands. He's also an extremely talented instrumentalist and song-writer (both solo and in his band Sheer Agony), a combination which is rarer that you'd think. Marta is a truly ecstatic soul, always seeking out the best in life, having fun with other people. I recently started playing flute in TOPS, and often at our rehearsals we'll dive into a sort of instrumental jam, and I'll play flute with the band for maybe 10 or 20 minutes straight. That kind of communication, while it's a little nerdy for sure, is one of the most fulfilling things I've been able to do as a musician. When I was in high school, playing flute was one of the only things I truly loved, and incorporating that into TOPS gives me such a nice feeling, the feeling that I'm coming full circle and being all stages of myself at once.

When I play with TOPS I am always pushing myself. There were times when I was always showing up to rehearsal really stoned, and that push was painful, but I knew that I had to break out of that introversion and find a way to communicate. We are always bringing new ideas to each other, but are careful not to be too precious with them. You cannot identify yourself with your ideas as a musician, because you often have to thrown them away. We've been harsh with each other, experienced truly unpleasant situations together and often had to make sacrifices along the way in order to keep the band together.

But, I know that in between tours we will rehearse new material together, and this is my favourite thing in the entire world. I learnt how to write songs playing in TOPS, and the best thing about that is that my bandmates have always let me write in my own way, and respected the aspects of my songwriting that are unique. David has also given me the opportunity to sing some of his best songs, which is one of my favourite things to do.

I've never felt that I've lost anything by playing in a band, versus pursuing music as a solo artist. I spend a lot of time by myself working on music, and will release it some day, but I would never be at the point that I'm at musically if it weren't for the commitment from my band, the time spent with them and the ability to observe and take part in the way they make music. Riley is truly my favourite drummer, and the fact that I've been able to play music with him all these years is one of the aspects of my life that I'm the most grateful for. David and I share so much, so many years, our hometown, and a deep understanding of why we both want to be alive. He's someone that I absolutely must have as my friend as long as we're both on planet earth.

TOPS is continuing to grow and lately we've been writing some of our best songs. I look forward to sharing them!

TOPS' new album, Sugar At The Gate, is out now. Their video for Marigold & Gray is released today. The band are on tour throughout the US, UK and Europe from September this year – dates and information here.