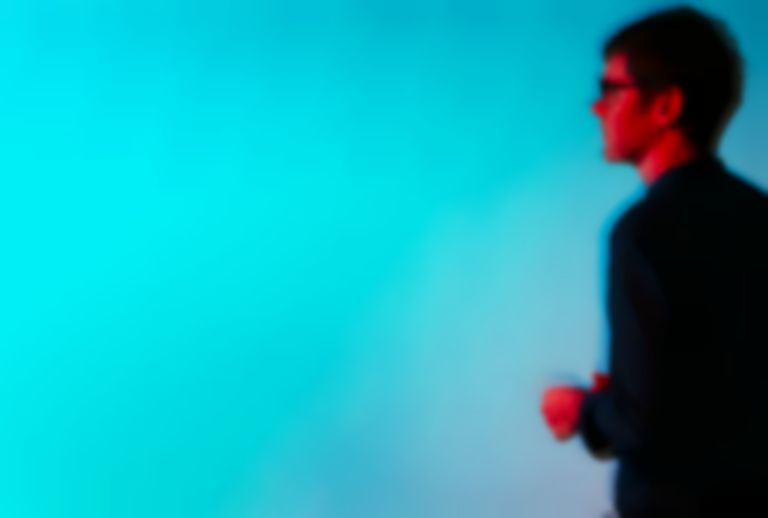 The Idlewild frontman and soloist in his own right explains how important Northern Exposure was in shaping his creative outlook.

In 1990 I was 14 and lived in Greenville, South Carolina. We had a portable television that I would sometimes take up to my room and watch a programme in the evening. This is where i came across the series Northern Exposure. I was missing Scotland and something about the story, the characters and its setting in rural Alaska made an instant impression on me and I got lost in it. It became my reference point.

Northern Exposure ran from 1990-1995, 110 episodes in total over six seasons. Initially the story centres on Dr. Joel Fleischman, a young New York physician who gets stationed in the small town of Cicely, Alaska. Fleischman (played perfectly by Rob Morrow) had applied for a state-run scholarship program that paid for his tuition in exchange for his post-graduation services.

Like Twin Peaks, Northern Exposure fell into the fish out of water genre popular in the '90s but its storyline didn’t focus too much on the protagonist or the culture shock angle. The show features an entire town of leading characters, and it’s this magnificent ensemble that was undoubtedly what gave the series its cult appeal and longevity.

Each episode played out like a wonderful little movie in itself, and yet free from the confines of film via the world of long-form TV. It was the perfect opportunity to really let the whole set-up breathe and unwind, allowing storylines and character arcs to develop leisurely as the viewer takes in the delightfully remote locale of Cicely.

The character of Chris Stevens (played byJohn Corbett) is an ex-con turned philosophical DJ, forever waxing lyrical between Billie Holiday tracks at the local (and only) radio station KBHR.

This provided my introduction to Carl Jung, Walt Whitman and Goethe amongst many others. Magic, Myth, folklore, living sparks from the moral dialectics of diverse characters – the series was full of it, and amazing music too, from Etta James to Brian Eno, The Byrds to Vivaldi, The Ramones to Benny Goodman. It was perfectly curated with each storyline.

The character of Ed Chigliak is a 19-year-old half-native Alaskan who works in the general store and has aspirations to direct films. He has a 16mm camera that he uses to document the town. Inspired by this, for my fifteenth Christmas (and now living back in Scotland) I received a 8mm cine camera that I then started making short films with, traveling up to the highlands and islands to capture everyday moments. These short, vague films eventually got me into film school in Edinburgh. And that’s where I met Rod Jones and Colin Newton and formed Idlewild.

Northern Exposure is not responsible for everything in my life of course, but it has had a deep and lasting influence. It's (subconsciously, at least) probably one of the reasons I ended up living in a remote community myself in the Hebrides, where I’m typing this. Like the music of Bob Dylan or the writing of George MacKay Brown or the paintings of Cy Twombly, Northern Exposure continues to affect me and I always find something new to discover there.

At university I wrote my second year dissertation comparing Cicely to Tortilla Flat, the fictional town of the John Steinbeck novel. The first words of the novel read: "This is the story of Danny and of Danny's friends and of Danny's house. It is a story of how these three become one thing...when you speak of Danny's house you are to understand to mean a unit of which the parts are men, from which comes sweetness and joy, philanthropy and , in the end, a mystic sorrow." The group organism is more than just the sum of its parts, and the emotions of its unit parts coalesce into a single group emotion. Steinbeck makes use of the conception of the group as organism, and I think Northern Exposure does the same. It is a love letter to the idea of a community, a town where individuals make up a whole – diverse, often eccentric but also symbiotic.

In the words of Chris Stevens (before he flings a piano from a trebuchet in attempt to create a pure artistic moment) "I think Kierkegaard said it oh so well, 'The self is only that which it's in the process of becoming'." Art? Same thing. James Joyce had something to say about it too. "Welcome, Oh Life! I go to encounter for the millionth time the reality of experience, and to forge in the smythe of my soul the uncreated conscious of my race."

We're here today to fling something that bubbled up from the collective unconscious of our community. Ed, you about ready? The thing I learned folks, this is absolutely key: it's not the thing you fling. It's the
fling itself. Let's fling something, Cicely!