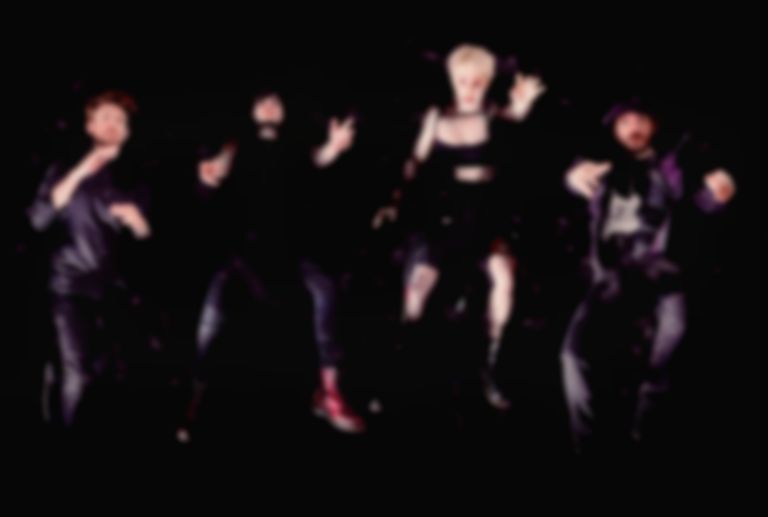 Reconnecting With Music Through Illustration

I’ve always been obsessed with drawing and doodling. Like a lot of kids, I was kept very easily entertained with a notebook and pen, and was hooked on Microsoft Paint. My left hand was constantly smudged.

In secondary school, double art-class was my favourite part of the week. I say art “class”, but I don’t remember listening to many lessons. Really, we were a small handful of teenagers from totally contrasting social groups, allowed to pretty much run wild for two hours and get stuck into whatever project we decided constituted ‘art’ that day. The best part was that we were allowed to (and kind of had to) listen to each other’s choice in music. It didn’t matter who was friends with who outside of class – it brought out the best in us. I remember one day, getting through about two-thirds of Dark Side of the Moon, and realising that the entire class was dead silent; completely immersed in what we were doing while the wild backing vocals of "Us and Them" filled the room around us. These are very happy memories.

This time last year, we were writing She Knows; what would become my favourite record we’ve produced together so far. But if you had asked me truthfully, I would have told you I was feeling incredibly disconnected from music and from creating, in general. In the studio, I was switched on – I was writing and performing more industriously than ever. But the minute that I could, I would shut the creative process out of my mind, like the end of a hard day’s work. Balancing work, music and my own peace of mind was very challenging, and by the time we left London, I was in an almost constant state of feeling full to the brim. I had no craving to create, and even my energy to go to gigs or discover new music was starting to deplete. And I was making zero time for drawing.

Moving to Berlin could not have happened at a better time. It has totally reset my creative habits, and the band’s too. I have more time, and more headspace to actually create, and not just for the quota of writing an EP or filling a setlist. Creating for the actual god-damn pleasure of it.

When I started drawing again last year, I rediscovered something that is so important to me not only for its creative expression, but for its therapeutic power. Focussing purely on the lines in front of me, I remembered what it really felt like to actually switch entire parts of your brain off and let them rest. At the same time, it was like remembering a language that I thought I had forgotten. And it gave me whole chunks of time to sink back into new music, and old music that I had forgotten meant so much to me.

I didn’t have any real direction when I took up drawing again. All I knew was that I suddenly wanted to it every day. I chose faces and photographs and got stuck in, whether for three hours or ten minutes. It has been such a powerful rediscovery – the more I do it, the more confident and positive I feel in other areas of my life. This precious little act of making something with your hands. It makes me feel like a kid again, and at the same time, is helping me to feel more assured of the person I’m becoming in later life.

There is a whole scene of amazing feminist illustrators who I’ve fallen in love with in the process – Francis Cannon, Laura Callaghan, Ciara O’Neill. My Instagram feed is 90% feminist illustrators making powerful and hilarious work that inspires me every day. Social media is such a bizarre and occasionally horrendous part of getting a creative project off the ground, but at the same time, it brings you closer to the artists who inspire you. It enables entire movements, and instantaneous, energetic communication and collaborations regardless of boundaries. It’s also been awesome to see more bands creating zines and mixing art-forms to highlight the political message of their music. This wave of DIY visibility and feminist thinkers is what really inspired Female Fronted, Drawn Together.

For my first project, I wanted to combine music and illustration in a way that allowed me to personally rediscover and share my love of both art-forms, specifically to celebrate the women in music who have been heroes to me, and hopefully to introduce their music to some new listeners. I wanted to create a platform to explore the diverse voices and talents of female-fronted music instead of treating it as a single genre in itself. Some of the artists I’ve chosen, like Skunk Anansie, Colleen Green and BARQ couldn’t be more different from one another!

I feel that a big part of creating more space and deserved credibility for women in music is to defy the expectation that we are all fighting for one small slice of musical pie; to positively build each other up and make space for one another without seeing it as an opportunity cost. Personally, it was a hugely positive exercise. The response from the bands has been really nice, and it’s opened me up to new design projects with other musicians like Party Fears and Hvmmingbyrd, and an unexpected collaboration offer directly from Kathleen Hanna, which I’m still pinching myself about. I’ve uncovered a love for combining music and illustration, and I’ll be doing a lot more of it in my upcoming projects.

I think that choosing a creative career can come with the illusion that you will always find the inspiration and energy to create. But I’m learning the process isn’t nearly as mechanical as that. Illustration has shown me how to switch off and let my mind seek out inspiration instead of forcing it to come to me. It’s fed right back into the energy that I put into music, both as a listener and a songwriter. I feel connected again to something that I can’t believe I ever lost touch with.

HAWK's new single, Can’t Explain / Below, is out November 17th via Veta Records. Check out and follow the Female Fronted, Drawn Together Spotify playlist here.