Robin Richards: Before we made our trip to Ukraine in May of this year, I had already began composing sketches of music for the score, inspired by testimonies that I had read and a narrative that Clara and I had been constructing for the film.

Robin: Before we made our trip to Ukraine in May of this year, I had already began composing sketches of music for the score, inspired by testimonies that I had read and a narrative that Clara and I had been constructing for the film.

However, I knew that I wanted to wait until the visits to the exclusion zone and the archive centres in Kiev before starting work in more depth on the project. We had a day scheduled for filming in Pripyat, with an option for a second depending on how much footage we could get during the 5-6 hours we were allowed to spend in the exclusion zone per day.

On our first evening in Kiev we met with two filmmakers, Volodymyr Kuznietsov who had made a series of award winning documentaries about the Chernobyl disaster in the early 90's, and Adrian Pirvu who was travelling around the former Soviet states making a film about people his age who had been affected by the radiation caused by the disaster in 1986. They took us out for traditional Ukrainian borsch and pints of surprisingly delicious green lager. They also offered us a lot of advice ahead of our visit to the exclusion zone and detailed their incredible experiences.

The following morning we made the hour and a half trip to Pripyat along with our guide for the afternoon, Alexey. En route to the zone I had been reading Voices from Chernobyl by Svetlana Alexievich, a book documenting the testimonies of people from Pripyat and surrounding areas, so travelling passed the hundreds of abandoned houses with these stories fresh in my mind was quite a moving experience. After going through the checkpoints and driving past the Chernobyl Power Plant into Pripyat, Alexey showed us straight to the centre of the city and the amusement park.

The story of amusement park had been one of the initial inspirations for Birdsong: Stories from Pripyat. The park was only ever open for a couple of hours while the area was evacuated on April 27th 1986. Alexey told us not to walk in the long grass in this part of the city, and I presumed this was because of the higher levels of radiation in the vegetation. He also informed us that we also shouldn’t walk in the long grass because of snakes. Great. 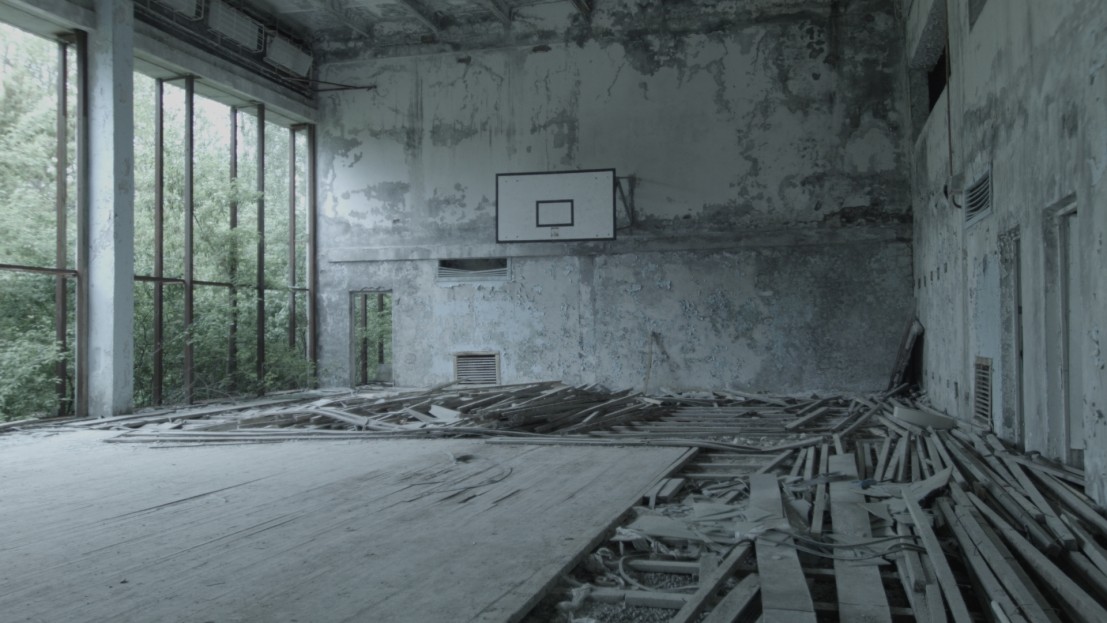 With a geiger counter in one hand and a field microphone in the other, I walked over to the area in front of the Pripyat hotel to record ambient sounds. I had walked far away enough from the tourist groups in the abandoned city to just hear the birds, the bees and the slight breeze. This was where I obtained one of the most defining pieces of inspiration, not just for the title of the project, but also for the melodies that would act as the main themes for the score. I recorded two very melodic birdsongs I could hear in the same area, which I later worked out were wood pigeon and great tit. The following morning in our Kiev apartment, I transcribed the melodies for violins using the same sequence I had heard and recorded the previous afternoon, and began developing into a piece that has since become the overture for the film. Clara had decided that second day of filming was necessary and returned to the exclusion zone with Ricardo and Alexey. After several hours working on the section, I visited the Chernobyl museum in Kiev where I read more details on the work of the liquidators did after Chernobyl nuclear disaster: the liquidators being the civil and military personnel drafted in by the Soviet Union to clean the area. On our third day we visited two archive centres to look over footage we might want to acquire for the film. On the morning before we flew home, we went to Borispol to meet and interview four liquidators. Their testimonies we recorded have become significant narratives in the film.

Before the visit, I was researching best ways of portraying the incident using the mix in between historical references and ways of relating them in a way that is relevant today. I visited Romania recently and I talked to some of my friends about their own memories of the incident and the politics around it. I heard stories split between anecdotes and true tales that had to do with how misinformation guided some of them to resort to strange tactics of preventing radiation. After the visit I started looking at more similar stories and seeing how those shape an understanding of the incident in a humane and personal way. It made me think how one political event is perceived on a collective level as opposed to how people see it through their eyes, as they live it.

Clara: When I arrived in the zone I didn't knew what to expect. On the first day I felt an overwhelming sense of alienation in terms of not being able to understand or relate to what happened. The place looked like any other desolate and abandoned city but underneath the surface I could feel a sense of danger and fear. It was also this sense of paranoia inflicted by the inability to touch anything which was increased by this continuous monitoring and surveying that was part of the procedure of visiting the zone. Second day I think I had a stronger sense of place, I felt bit more immersed and conscious of my role there as an observer. 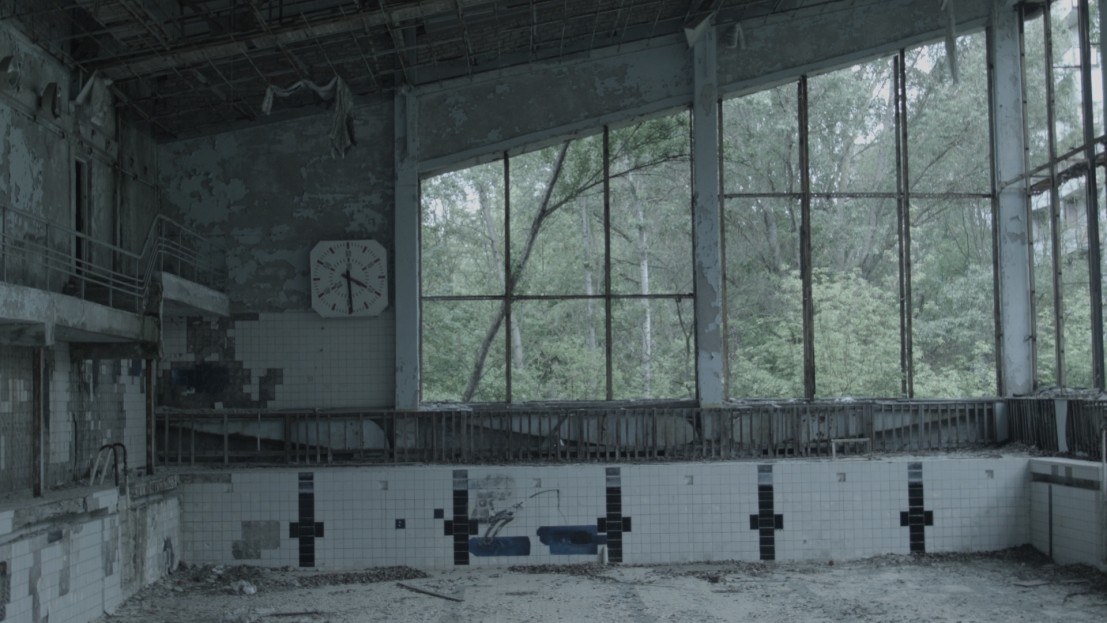 After visiting the zone I concentrated on acquiring testimonies from people that experienced the incident. Through prior research I became really interested in the stories of the liquidators, the people tasked with cleaning the contaminated land. The person we interviewed didn't wear any protective clothing or mask and in the interview he described strange feelings and affects on the body as reactions to the radiation exposure. I've added these in the film.

The film uses a constant shift in between archival footage and new material and its narrative is based on peoples' stories and testimonies. Although it uses archival footage and research into the history of the incident and its aftermath it's mainly an observational and handcrafted piece.

Birdsong: Stories From Pripyat will be screened tonight (October 7) at Peel Hall in Salford, backed with a live score from Robin and string orchestra. More information here.