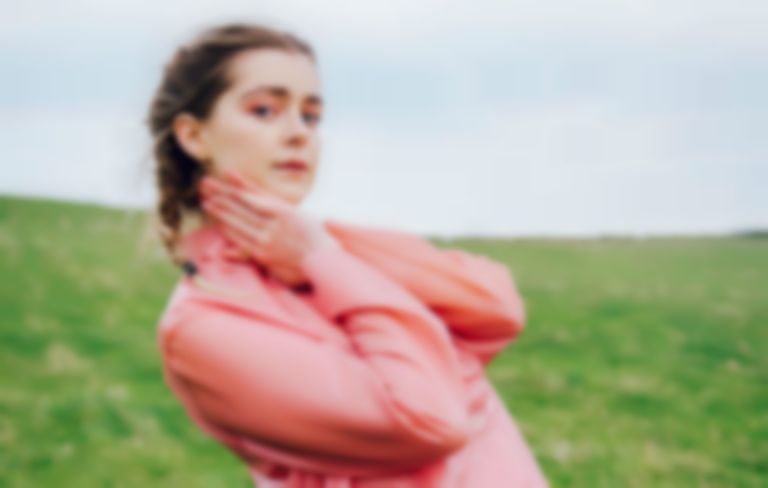 Casi & The Blind Harpist recalls an act of surrender – swapping the Welsh mountains for London – and how that shaped her latest EP Sunflower Seeds.

I've tried hard to free myself from Wales. I've tried to escape the melodies, traditions, choirs, its poems and of course the language, the damn language – curse the gloriously fruitful, totally untranslatable collection of words that she is. I've tried to tame the overwhelming passion that I feel for people: passion for the miracle of nature, passion for land and love but, just like plants that find their way through cracks in pavements, so does the place and culture I inherited insist on pushing itself through everything that I do. You can try to pour concrete on the soul but nature's will is determined on making itself known.

When I was a teenager I became awestruck by American culture. It was during this time that I fell in love with hip-hop and rap, although having grown a little in awareness over the years I acknowledge the genre’s historically demoralising views on women. Still, as a child it felt like hip-hop embodied a movement and style of thinking that was so far away from the culture that I had experienced as part of my upbringing. I remember exactly how I felt after hearing Tupac for the first time, the flow was so different from the slow, melancholic Celtic songs that I'd spent my whole childhood learning. For the first decade of my life I mostly sang with the harp. The harsh beats of hip-hop and anything electronic sounding felt so expressive, incredibly soulful and liberating to the ears and eyes of a shy, chapel-raised hymn-singing child who only knew songs of longing for the birds in the trees.

I've always wanted to be part of a wider musical community. It must have something to do with the fact that Wales and especially Welsh-speaking Wales is a minority culture. With that comes a strong impulse to give voice to some of the stories and to place them side by side with the rest of the world. Growing up in rural areas, you can either be overly content or extremely discontent. The vast spaciousness of mountainous landscapes planted in me a deep sense of curiosity to discover what laid beyond the familiar terrains of my foremothers.

From centuries and centuries worth of ancestors I'm the first to have ever left and lived outside of Wales. I was drawn to London so I could travel the world through my encounters with people and also to share some of the stories that have been handed down to me, not necessarily through song but through the art of conversation, which in a few years will be valued more and more due to our gradual addiction towards speaking through a screen. There's something very cowardly about an email or a text – unromantic too. I was brought up in a community that's taught me to respect and value the magnificence of conversation.

If the act of surrender had a sound then Sunflower Seeds would be quite close to the way I experienced it. Yielding to your truth is painful but empowering. I hope this record inspires others who are on the path, eager to share some of their stories. And what a strange and wonderful path it is: this path of music and wings.