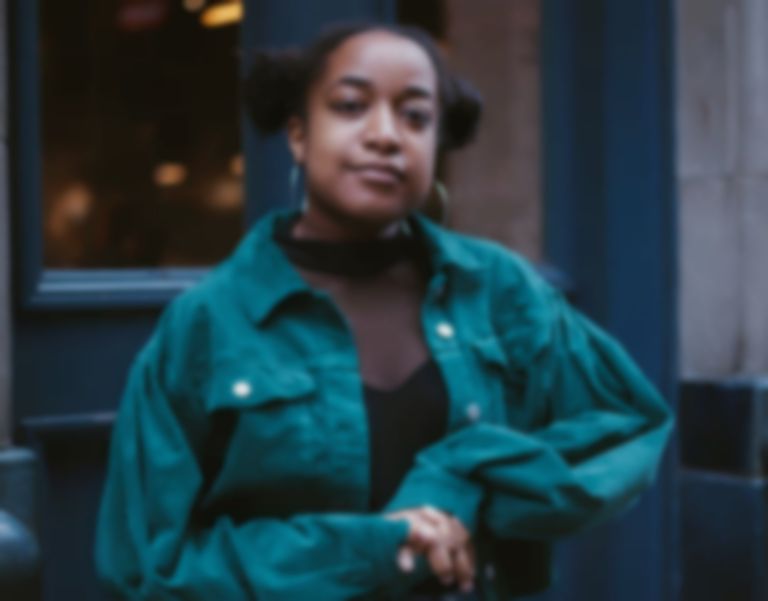 Hackney soul artist amahla asks us to consider the importance of heritage and storytelling in songwriting.

I was eight years old when I wrote my first song. As everyone did, I thought I was a long lost member of Destiny’s Child and decided to write a song about a life I didn’t have. Each verse focused on a different woman and how she overcame the sloppy men around her. Looking back now, I’m confident it was just a combination of Kelly Rowland’s "Dilemma" and Destiny’s Child "Independent Women" but little did I know this was the start of my fascination with storytelling.

A great story is like a great joke: you’ve got to hit the audience with it at that perfect moment. For me, putting narrative to music is easier because the melody drives emotion. Nobody is waiting for the big punchline, there’s no big payoff, there is just process. It wasn’t until I turned 16 that I realised when I sang people stopped and listened. So I thought, if you’ve got someone's attention then why not say something you want them to hear? Soul music for me is a way of saying something.

I’m amahla, a soul singer-songwriter from Hackney, London. Consider This is my debut EP: five stories that I want the world to remember.

Since the Brexit referendum, I think people have begun to realise the importance of listening and learning from each other. Let's face it: since 2015, the West has been trying to stay the course of a road nobody can see the end of. From the Brexit referendum that nobody expected to win to the White House becoming white again, things have definitely changed. Sometimes we don’t realise how fast it is – by the time you’ve been to work, uni, Sainsbury’s, you blink and something new takes over. The Windrush scandal was one issue close to home for me. As a second generation immigrant, the idea that Britishness can be revoked in an instant doesn’t sit well with me. But that’s the thing; this progress is both slow and fast – we’re fighting for a bit more than our grandparents were sixty years ago, but we’re still fighting.

Growing up in a Guyanese household meant that reggae was a staple for every possible occasion. Believe me: wedding, funeral, breakfast, birthday, bank holiday, you name it. Two songs always popped up: "Mr Bojangles" by John Holt and "Redemption Song" by Bob Marley. Looking back now, it makes so much sense. Reggae is a genre built on stories. Relatively speaking, it’s not been around long but it is instantly classic. Like Soul, I think it’s because it’s always had purpose; it was born out of a need, not just from experimentation.

I have vivid memories of running between legs and around handbags during family barbecues, running fast in search of my share of the roti and channa when the their bass lines come in. All of a sudden you’ve got yourself a choir, grandparents to little cousins all singing the same words. There is so much power in that, because you’re telling the same story through different experiences. You don’t hear a lot of that anymore – good songs and intentional voices without the bells and whistles.

Recognising and building on this heritage of stories, family, and diaspora is important to me. Whilst I was writing this Consider This I’d say to myself, “Mah you’ve got to write a proper belter, a singing in the shower type tune” – and I guess I did! Props to my parents for that one.

What I learnt, from The Writing's On The Wall to Lemonade is that it's important that some artists take the time to capture what’s going on before it passes us by. I’m hoping Consider This becomes a small snapshot into 2019 for the next generation. The best stories feel drinking a cuppa with some rum cake in your living room. The best music feels like home.

Consider This is out now.