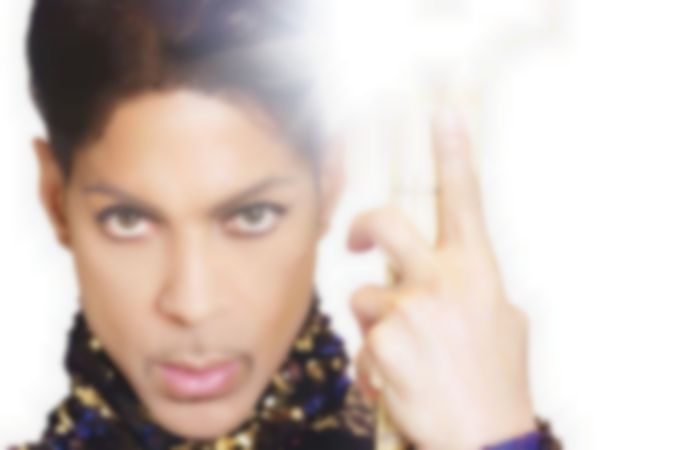 As the return of The Strokes recently reminded us, there’s nothing sadder than a creative lowpoint for a once-loved band. Sustaining a heightened level of quality across a fifteen year career is an impossible feat – few even manage it for three consecutive records.

The history of modern music is strewn with duds from the great and good. The Beatles may have avoided turning in a truly terrible long-player but had they lasted another decade, we’re pretty sure to have seen some overwhelmingly poor choices turning up. Just look at what happened to The Rolling Stones. Bob Dylan arguably hit a wall when he dallied a bit too close with the Christian sentiments for 1978′s Street Legal, a record that’s almost beyond salvation.

The best approach for us fans is to usually to turn a blind eye and imagine the whole sorry mess never happened. Below, Best Fit writers and staff try and place the records they’d choose to erase from the history of their favourite bands. 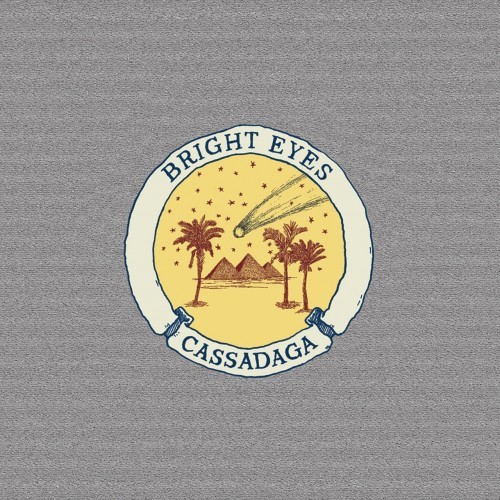 When Johnny Depp names your record one of his “favourite things” of the year – not “albums” but “things”, you know it’s going to be debatable. This is a man, after all, who has been best friends with both Hunter S. Thompson and Charlie Sheen at various points in his lifetime.

Following up on not one but two pretty stellar albums was never going to be easy for Conor Oberst and Co. I’m Wide Awake, It’s Morning from 2005 saw the Bright Eyes man stripping away his previously melodramatic tendencies for a more mature and fluid folk collection that truly lived up to his wide billing as “the next Bob Dylan”. This was accompanied in a dual release by the record’s alter-ego of sorts, the electronically-charged sonic exploration of love, drugs and surrealism that was Digital Ash In A Digital Urn.

With three years passing, how do you top two records that would normally define any artist’s career? Not by bringing out something like Cassadaga, that’s for sure. While showing brief moments of redeeming qualities in ‘Middleman’ or ‘Lime Tree’, the album was doomed from the very beginning. A record born in the aftermath of mainstream success saw Oberst spiral into his own ego, simultaneously trying too hard to live up to – whilst also rejecting – increased expectations. Not as experimentally defiant as follow-up The People’s Key, without the early angst and melancholy that has plagued him with the ‘emo’ tag ever since.

It remains – now that the band leader has seemingly dropped his popular moniker in favour of his birth-given name – a rare miss in a career-to-date of consistant hits. 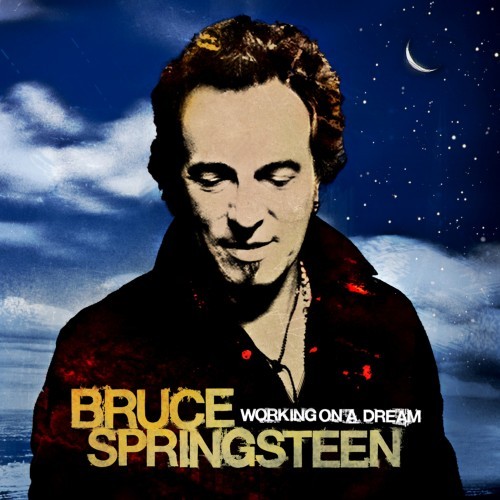 Part of being a true Bruce Springsteen fan is admitting which of his records are just bad. Both Bruce himself, who has already all but ditched every single track from this abominable recent LP from his marathon live sets, and Boss devotees – who on last year’s Wrecking Ball tour booed the very suggestion that the band roll out the title track – seem in agreement. It’s hard to think of anyone but folks on the E Street payroll and close family members who’d regard Working On A Dream as anything other than a mistake.

It was all the more disappointing coming as it did off the back of Bruce’s first purple patch in more than a decade. 2002’s The Rising reunited the E Street band in full for the first time since Born In The U.S.A. and really struck a chord (an A major, most likely) in post 9/11 America. It was followed with the fine introspective acoustic LP Devil’s and Dust and considered Bush Administration critique of full-band effort Magic, which I’d argue is even better – all the wry social commentary of The Rising without the cloying bombast. That album also saw Springsteen jumping on the campaign trail for a certain Barack Obama, which proved to work out well for the both of ‘em; whilst Obama swept into office, Springsteen found his critical stock higher than it had been since Tunnel of Love, and thus raced back in to the studio, mere months after Magic, to strike whilst the iron was hot.

Yet where the young Springsteen could bash out bohemian folk classics like Greetings From Asbury Park, NJ and The Wild, The Innocent And The E-Street Shuffle within the space of a few months in 1973, the hurried Working On A Dream came across like a bunch of Magic – but far from magical – b-sides. Everything Springsteen haters dislike about the guy is here in abundance; syrupy, pompous, jingoistic and overcooked rock and roll redeemed only by the more reserved ‘Life Itself’ and Grammy-nominated ‘The Wrestler’ (technically a bonus track anyway). Elsewhere, it contains inarguably his two worst ever songs – the under-thought ‘Happy Birthday’ re-write ‘Surprise, Surprise’ and ‘Queen of the Supermarket’, in which Bruce tells a tale of falling in love with a shelf stacker in a manner that manages to convince a grand total of nobody at all that he spends any time in supermarkets.

Thankfully, the subsequent Wrecking Ball was actually pretty good. So let’s never speak of this again. 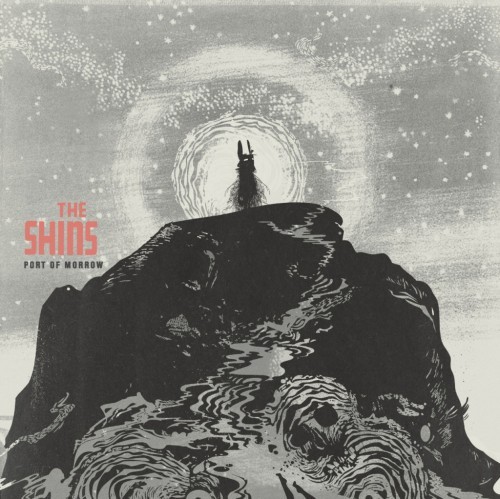 The Shins, for me, were always the shining Gold Standard of just how good a certain brand of so-called “indie” or, if you must, “indie-pop” music could be. Debut Oh, Inverted World quickly became a favourite on its release in 2001, then along came second album Chutes Too Narrow two years later, and all of a sudden – hey – I had a Favourite Band.

The Shins made music that was more than just a jangle and a transient hit of sugar. These songs had melodies that were at the same time intricately structured and complex – just try whistling or humming along to ‘Young Pilgrims’ or ‘Kissing the Lipless’ for example – yet somehow still insanely beguiling. Every time I listen to one of the first three albums, the resultant earworms can literally run for weeks.

And for anyone who likes an intriguing lyric here, again, is Your Band, from the wonderful relish with which James Mercer delivers polysyllabic words like “malcontent” or “unconscionable” to the faintly disturbing imagery, often at odds with the alluring melodies and musicianship: “those lingering voices are just your ego’s attempt to make it all clean and nice, and make a moron out of you” from ‘Fighting in a Sack’, the faintly vampiric short poem that is Oh, Inverted World’s ‘Weird Divide’, Wincing The Night Away’s ‘Phantom Limb’, full of a kind of nostalgic, uneasy malaise.

After coming wonderfully good again on Album Number Three (2007’s Wincing the Night Away) despite the dauntingly-high expectations raised by 2004 film Garden State (sample quote: “You gotta hear this one song . It’ll change your life, I swear”), it seemed like this was a band, the band, my band, that was untouchable and perfect.

And then, last year, Port of Morrow came out. Early single ‘Simple Song’ augured well, but it turns out it was the only decent track, the only Shins track, as I would class it, on the album. That I am sitting here struggling to even recall any of the others – all I can remember is a kind of diffuse, generic, bland indie of the stereotypical kind that I always used the band as a counter example to in those kinds of arguments that probably dog any “indie” music fan’s musical discussions – probably says as much as needs to be said. I write this very much more in sorrow than in anger. Like a wonderful TV series that went on just one season too long (oh hai, The Wire?), if the band had stopped in 2007 we would now be left with pretty much the perfect (my perfect) back catalogue. Damn. 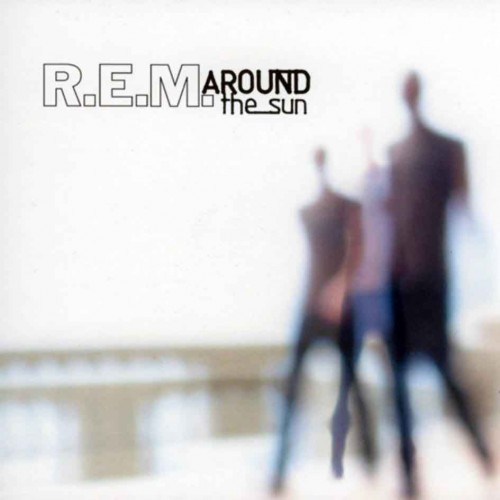 The thing about Around the Sun is that if you held a gun against my head or that of my nearest and dearest and demanded I whistle or sing any of the tracks on the album, I just couldn’t do it. I’d be a goner. Nothing. It’s a huge, terrifying black hole of a record, and don’t let anyone tell you that it’s just average or only pales in comparison to R.E.M.’s sparkling back catalogue – it’s not true, Around the Sun is an embarrassment to the memory of the band.

Released in 2004 it was their thirteenth (clearly unlucky in this case) album and third without drummer Bill Berry. It’s not like the band had been in freefall since Berry left, but they certainly weren’t the same. The first post-Berry release, Up, stands proudly alongside New Adventures in Hi Fi as the sound of R.E.M. pushing themselves somewhere new and interesting but things took a swift dive with the release of the anodyne Reveal, itself a fairly horrible nadir with all the forced sunny-ness as Buck, Mills and Stipe pretended that they still got on okay. But compared to Around the Sun that record sounds like fucking Murmur - heck even Peter Buck couldn’t refer to it by name in interviews.

It’s a crock from start to finish, a clueless meander round half-ideas, woeful attempts at political polemic and you’d think that they would have learned from KRS-One’s appearance on ‘Radio Song’ on Out of Time that there’s no place for rapping on an R.E.M. record. Nope, hang it! Let’s get Q-Tip in for a few rhymes on ‘The Outsiders’ and hope he doesn’t sound like a befuddled old man wondering what he’s walked into (he does). There’s a track on the album called ‘The Worst Joke Ever’, and it contains the lines: “you see there’s this cat burglar who can’t see in the dark / he lays his bets on 8 more lives, walks into a bar / slips on the 8 ball, falls on his knife / says ‘I don’t know what I’ve done but it doesn’t feel right’”. Remember when you couldn’t understand any of Michael Stipe’s lyrics? Was that just a cover for banal shite like this?

Around the Sun is special for the fact it contains R.E.M.’s single worst song, ‘Make It All Okay’, and I long for the time at the start of writing this piece when I couldn’t remember how any of these songs went. Maybe I’d blocked out the awfulness as some kind of psychological defence – now they’re fresh in the memory again. I was asked if there was anything that redeems the album; the answer is no. It is by far the worst R.E.M. album in the canon.