After 2009’s breakthrough album Childish Prodigy, American singer-songwriter Kurt Vile returns with a fantastic new long-player, Smoke Ring For My Halo. It is another pristine collection of freewheeling guitar riffs and timeless melodies which taps into the lineage of great American songwriters. The ex-War On Drugs guitarist and former fork-lift truck driver (“I never had a license, but I was a very good driver”) is an intriguing interviewee. He talks to us while standing outside his Philadelphia home; he’s appatrently wearing a “big coat” even though it is “pretty warm” outside. On a number of occasions it is difficult to follow his train of thought and his responses to our questions frequently turn back in on themselves. Kurt describes his songwriting process as being “about letting your brain drift wherever you are” – TLOBF would describe Smoke Ring For My Halo as a work of effortless genius.

After the success of 2009’s Childish Prodigy, what was your vision for Smoke Ring For My Halo?

With Childish Prodigy, I had made a whole record not knowing where I was going – it was me in my studio, somewhere between lo-fi and (maybe not super) hi-fi. By the time Childish Prodigy came out the songs were a couple of years old. Since then, there has been a lot of touring and more growing – more than people might know. I wanted to have a concept of this album being a statement as a whole, as opposed a little bit from here and a little bit from there. It shows a kind of introspective folk side more, while still being into rock. It doesn’t capture my whole sound, but it captures part of my sound and is more concise as a record.

Did you set out with the intention of making it more focused?

No, I figured out as I was going along that the record would go in a certain direction. That’s the way music is, you can say you want to do something but it can turn into something you didn’t expect it to become. This whole thing turned out better than I expected to be honest. There is also a lyrical vibe – it’s just me and those thoughts you have late at night when nobody is around. It is more a feeling than a statement – a general wandering feeling. It’s kind of a wandering record.

This is your second album for Matador Records; do you have different expectations for it compared with previous releases?

Yeah, I do have a set of expectations. I did go into this with encouragement from the label – but, in reality, it is a business. The second record on Matador should be that if you have anything you want to say, this should be the album to say it. If you want to go out there and deliver something special – this would be the time to do it.

Do you have ambitions to attain commercial success?

Hmm. I don’t know. With your next record, you try to move upwards if you want to have a career in music. Even when I talked to Matador in the beginning, and even before I signed for them, I knew I wanted a musical career. There are so many things you need to tap into; you need a good booking agent and be months ahead of the game. I know I am gonna tour the hell out of this record – I am going to come to Europe three different times. I’ll probably go to Australia in the winter. I am going to go for it, as a career move, for sure. 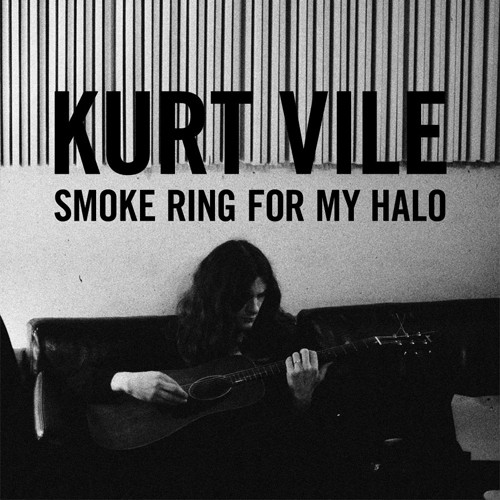 You’ve spoken before about your love of American songwriters like Bruce Springsteen, Tom Petty and Neil Young. To me, part of their genius, is that their music works on a very personal level, but also to a field full of thousands of people. I think your music also seems to be intimate yet huge in scope – do you agree?

Those kinds of songwriters are an influence of mine, so that is great if it comes out that way. It is really about believing and feeling what you are singing and getting lost in it and that’s what someone can relate to on a human level. If you go and do a small club and there are only five people there, you are trying to sing for yourself. If you are in a giant hall it is the same thing – you are in your own little world – but that is for them too. You obviously have to have the talent and the love for making music. Everything else should follow.

The new album, like your previous work, feels very American. You seem adept at tapping into your nation’s psyche. Why is that?

Well, there is a lot of American influence there, but I am American and I love American music. However, my favourite band right now is The Rolling Stones and they are not American (although they are influenced by American music). But it comes more from a human level and not just by being American. If you can see that it comes from there, then great, but I think I can slay a certain audience in Europe and Australia!

Some of your songs evoke images of The Big Sky as opposed to your hometown of Philadelphia. Apart from your touring schedule, did you ever travel around America when you were younger?

I went cross-country once in my late teens and was definitely into travelling as far as I could. But, I could be walking down the street, or I could be in Montana; it is about letting your brain drift wherever you are. It is a very subconscious thing. I can’t tell you that I was up a mountain and a song came out, but it is about keeping yourself open to anything without thinking about – and just letting it happen.

I believe you are one of ten siblings, how did your family life influence your relationship with music? Was it a fight to even get your favourite record played?

I have a very musical family. My dad was into music; he loves bluegrass and roots music, which was a great early exposure to American songwriting. Also I was the oldest boy, so I had more of a head start than anyone else. I had my stereo and played music whenever I wanted. My dad bought me a banjo and a guitar and my parents were both very supportive.

Your family home had ‘only’ three-bedrooms. How did this affect your ability to make music as a child?

Well, maybe the fact I was in a small house meant I stayed outside. I kinda just walked around or would take a train somewhere. It was something that was very normal for me and you would feel very free, you know, by being able to walk around and just be inspired by thinking. I don’t work a day-job anymore, but I remember I would walk from work at a certain time of the year in Philly. There were all kinds of urban decay around, but the sun was setting and you would just kinda tap into some kind of inspiration from it all. Also, I write songs a lot when I’m about to go to asleep, when I’m all alone – which may come from having all these people around when I was a kid. So, I’m sure it did have an effect on my sound and songwriting.

One of the standout tracks on Smoke Ring For My Halo is ‘Jesus Fever’, which contains the lyric “This Jesus fever is falling all over you.” Are you a religious person?

My family was religious – I am not particularly practicing religion myself but I was definitely exposed to it. They were super-religious but not like over-the-top to the point it turns negative. But, it is also kind of a gospel thing – back to old music. The Rolling Stones and Spacemen 3 tap into that religious thing really well, as it is kind of a blues-gospel thing. So, it is a combination of coming from a religious family and that musical lineage.

You have been a member of The War On Drugs, whose singer and guitarist Adam Granduciel is now in your touring band, The Violators. Where does one band end and the other start? I’m confused.

I have to say – it is confusing. Adam was the first dude I met when I moved back to the Philadelphia in 2003. We saw eye-to-eye on a lot of things. I was obsessed with Bob Dylan at the time, and we totally geeked-out on that. We started playing together in the early days and he would be in my band, The Violators. Then, eventually I played in The War On Drugs and my music came out on a very small label a few months before Wagonwheel Blues, which was on a bigger label. So, it gave the illusion in the press that I come from The War On Drugs. But, before that I had put out tons of my own stuff, so I was always doing my own thing, but it was underground because I didn’t understand how to get signed to a record label. The War On Drugs is Adam’s – I just play guitar. I only went on the first European tour when their album came out, and then I basically left the band. I knew if stuck with that, it would be all my time and my goal was to have my own musical career.

But Adam has continued to be part of The Violators?

Yes. I put out a bunch of records on different labels and then got signed to Matador, while they were on the road. When my record came out, I assumed Adam would want to focus on The War On Drugs but he came with us in The Violators when we toured the States. The Violators became a unit, and although the cast does rotate, we’ve developed an even tighter unity and sound. Adam is an incredible guitar player these days and there is a certain feeling that nobody else can tap into. We don’t really have to tell each other what to play, it just happens.

So was it annoying when the press originally thought that you had left The War On Drugs to embark on a solo career?

It did frustrate me, but I guess I have had enough of a Kurt Vile career for people to now know.

You spoke about the new album being “more concise” – have you any idea of what your next solo album might sound like?

It is hard to say for sure, but I think the next album will rock a little more and probably go for an outer space feel – I mean not completely psychedelic, but a little more out there. My idea is to maybe go to a nice place like Woodstock with the band and make the record as a full band. There is a lot of power in a full band. I’d be stupid to make the next record like the same semi-mellow vibe [as Smoke Ring For My Halo]. I’m probably going to get really experimental but still look to make it a cool record; take it to the next level, like I always try and do.

The album Smoke Ring For My Halo is out March 7 via Matador Records.