“Well you know I’m not religious but, your lovin’ is bible” opens the fourth track of The Aces’ debut album When My Heart Felt Volcanic. Except that’s not entirely true.

Born and raised in Orem, Utah, a largely Mormon state, the four girls grew up sober and going to church every Sunday. While the faith can be misunderstood as cultish, and subject to controversies like polygamy, The Aces were never involved in that side of it, and more than anything, it lent itself to the girls’ current success.

“Just to clarify, we weren’t raised in the extreme like FLDS cult, we were just raised in the regular faith”, says drummer Alisa Ramirez, “I think some people think we grew up in bonnets or something.”

“It’s honestly not any different to a religious upbringing anywhere else in any other religion. It was just like church on Sundays,” her sister Cristal adds.

So with teenagers in every other state discovering themselves at parties and experimenting with drugs and alcohol, Cristal and Alisa Ramirez, and other members Katie Henderson and McKenna Petty were finding other ways to pass the time.

Bassist McKenna says, “I guess that’s the main difference, like our high school experiences are probably different, just because it wasn’t like kick backs and parties and drinking and smoking weed or anything. It was more like, we’d go hiking and have bonfires out in the fields. Everyone was sober because of the religion, so we weren’t allowed to, essentially.”

Although the European tour they’ve just wrapped on is their first ever headline, they spent much of their younger years playing bars around their hometown. The religious culture meant it was perfectly fine for a group of ten year olds to play a show at a club, because the bars didn’t actually sell alcohol.

Petty says: “We started really young too, because we basically grew up together, in Orem, which is like a small suburb, so we started when we were ten and Alisa was eight, so we went through all those years together. But that culture actually created a really cool place for us to grow as a band, because we were able to perform at all the venues there.”

“We were very focused and very goal driven,” Cristal adds. “I think it’s a combination of the fact that we are just driven people – for whatever reason we are goal orientated and are very driven individuals, always have been for as long as I can remember – but it’s almost like, yeah, we weren’t drinking or having our brains clouded with so much like young activity, we were sober and focused and going to school.

“I think that gave way to us putting so much of our young energy into our band. Like trying to sell out our hometown shows and hustling all of our friends in, plastering posters everywhere, that how we exerted our energy and our excitement. It wasn’t like partying, it was like ‘how do we grow our band?’, and for that reason it’s super unique and I’m really thankful for that. It’s given us so much now, and our band is still growing and now we get to travel the world, so it’s awesome.” 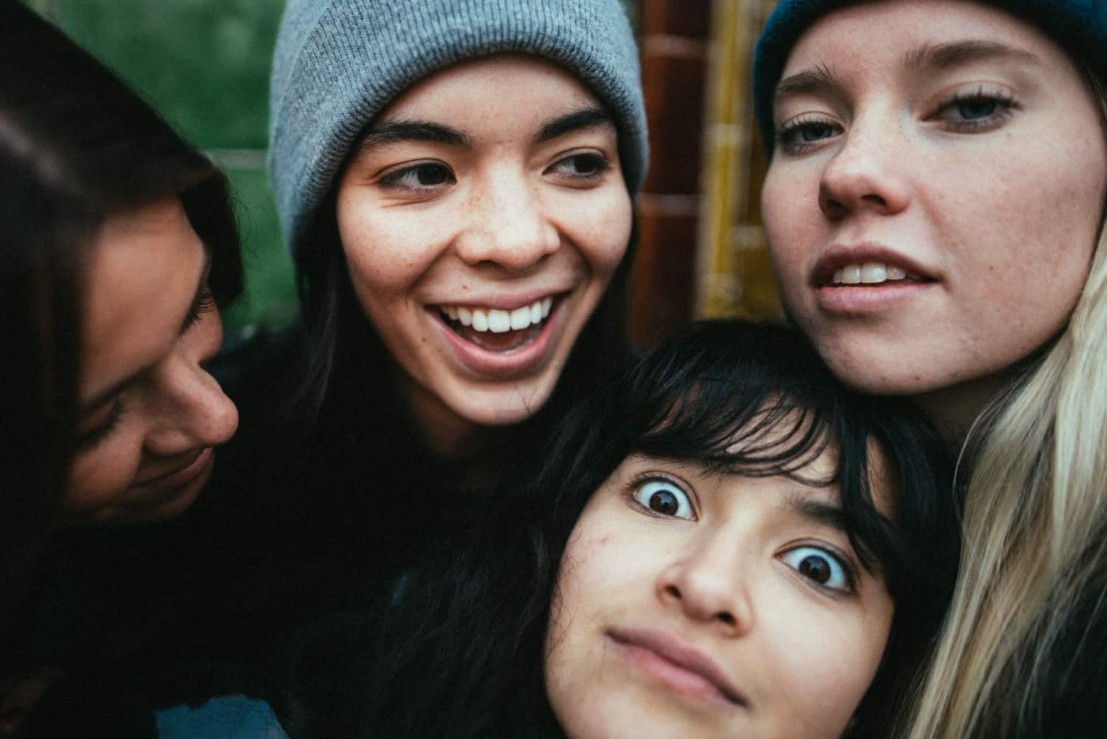 It’s an aspect of The Aces’ youth that sticks with them today. They’re not as strict with their religious values as they used to be, but the incentive to stay focused and put their careers and health before partying is important to each of the girls.

Cristal says, “We keep our tours pretty dry because they’re so vigorous. There’s so many early mornings and late nights so in order for us to be our absolute best and give our most to these fans, we just like to keep it clean and get eight hours sleep and do work outs in the morning and get ready.”

“Touring is really hard work and if not taking care of your mind and making sure you’re present and feeling good, it’s miserable. You’re thousands of miles away from home, it’s uncomfortable, you’re in hotel rooms every single night, it can become very stale”, she continues. “If you’re not taking care of yourself, finding little ways to make it more human, y’know, because it’s such like a strange thing to do, and your mind can’t really process being in a new city every few hours, essentially. So I think we love touring so much, not only because we get to see the fans, but because we take care of ourselves. But at the same time like Alisa and I will have drinks sometimes and kick back.”

“It’s honestly pretty unique”, Petty adds, “I think [people] think we’re in clubs every night like drinking and partying and socialising. But honestly we like to go to bed, we work, and eat healthy, and even though we don’t all have the same views on that, like on drinking, religiously, we all function the same.”

Throughout our chat, it becomes increasingly clear that the girls in The Aces definitely do not have the same views on everything. That’s not to say there’s in-fighting or cattiness at all – as much as you’d like to believe there is in an all-girl band who’ve grown up together. At one point, we divert into a conversation about Taylor Swift voicing her political stance on social media, and whether it’s a celebrity’s responsibility to do so or not. 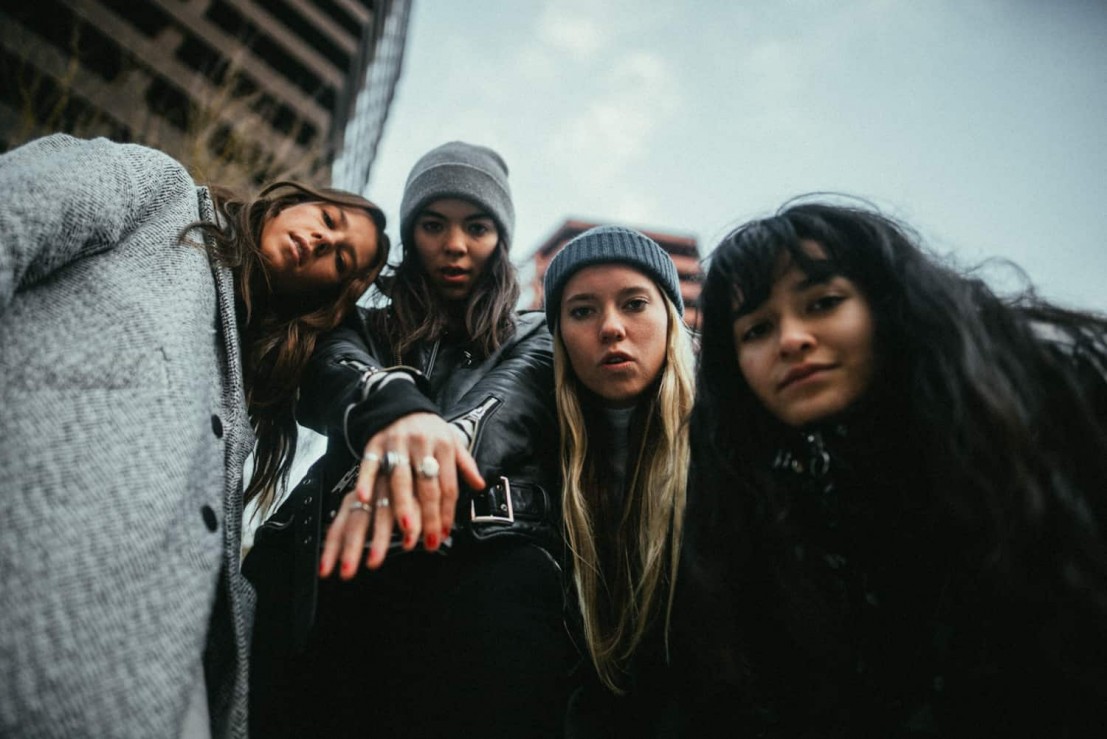 “I think it is important when you have that much influence, but don’t expect her to say what you want her to say,” Cristal says.

“I mean I think it’s good to encourage people to do stuff, yes I agree with that – but I also think it is kind of insane to expect someone who is just a musician, yes they have a big platform, they have a lot of eyes and ears on them and they should use their influence to educate people, but I don’t think that like it’s fair to have people coming for her neck, like that’s not her job.” Alisa shoots back.

“It’s a double edged sword for sure,” Cristal replies. “There’s this other aspect of it, where you have this huge responsibility, even if you didn’t ask for it, because you so much influence culture, and you could do so much good if you wanted to. And that comes back to do you care where our world goes, and our future generations, and how you could’ve impacted that.”

They agree to disagree and we move on. It’s not hard to imagine this is how they are about every dispute that could disrupt the band’s dynamic. You don’t get to ten years strong by scrapping all of the time, after all.

Although the girls aren’t a political band, it’s difficult not to be as an all-female band in 2018. Especially when two of your members are half Latin and queer too, it becomes an inherent aspect of your band.

“Honestly we are unintentionally taking a stance,” says Alisa. “I think even being where we’re from, with it being so religious and so conservative and traditional in a sense that there is actually a lot of misogyny in the church, so it’s kind of interesting that we were never held back by that.

“We always had strong mothers and people to look up to, so we were never afraid to just go for what we wanted despite who we are, cos it just shouldn’t matter, you should just go for your dreams and be able to achieve them and you shouldn’t be held back by any of those things.” 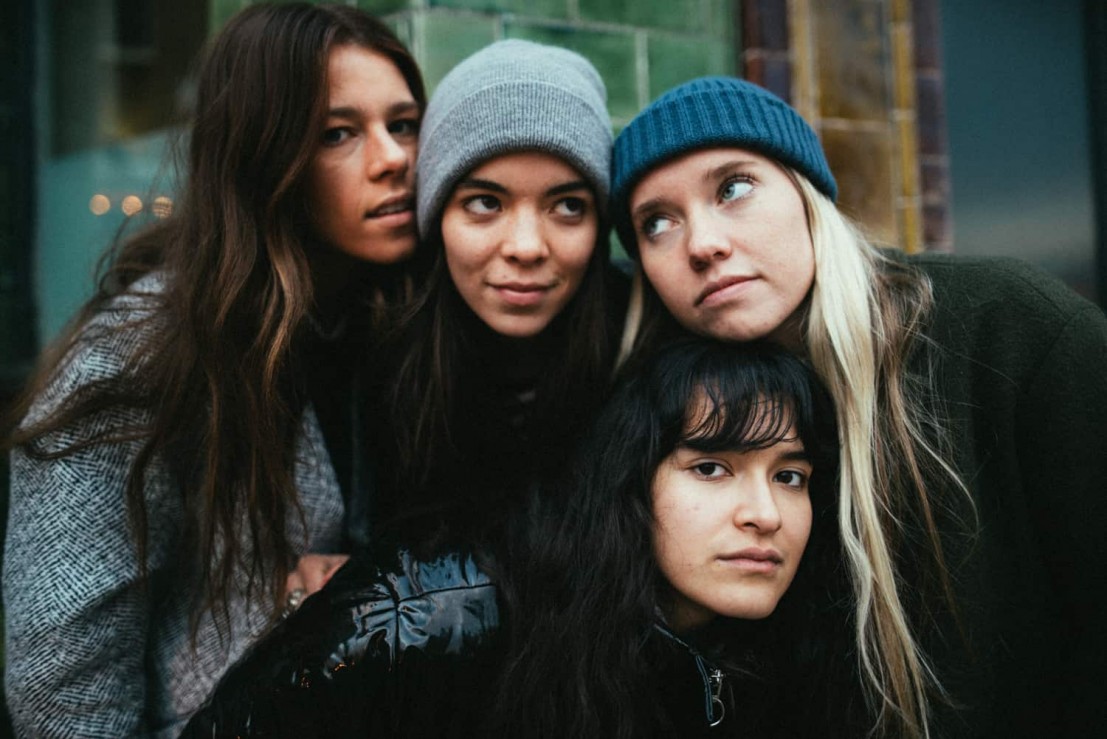 “I think we’re like a walking example of change that’s happening in our country,” Cristal adds. “Which I think is the most effective way to do it. We just try to lead by example.”

Although sisters Cristal and Alisa identify as queer, it doesn’t define their music. Just as the girls believe girl bands aren’t a genre, queer music isn’t either, and they strive to represent each member equally.

Cristal says, “The thing is, we’re all four individuals that make up The Aces. No one person’s identity is more important than the next. When we write music and we represent ourselves, I’m very conscious that our music has to represent Kenna just as much as me and Katie and Alisa, and that’s what’s so special about our band, we’re all so different and we make music that can represent anybody.”

The music of The Aces resonates universally, and it’s something they’ve worked hard to achieve. Looking out into the crowd of their shows, the audience isn’t just young girls, but “grown men and fucking older married couples” too, as Cristal says.

The Aces are tapping into an interesting market where, as Petty notes, their fans treat them like a boyband. Rolling up to their sold out show at Camden’s Dingwalls, there are hundreds of girls lining up along the dock in the icy wind and rain, waiting to go into the venue hours before doors open.

Henderson says, “When I saw people out there, I was like man, I couldn’t even walk down the street to get something to eat it was so cold, so it’s amazing that they’d wait in the freezing weather, it’s so awesome.” 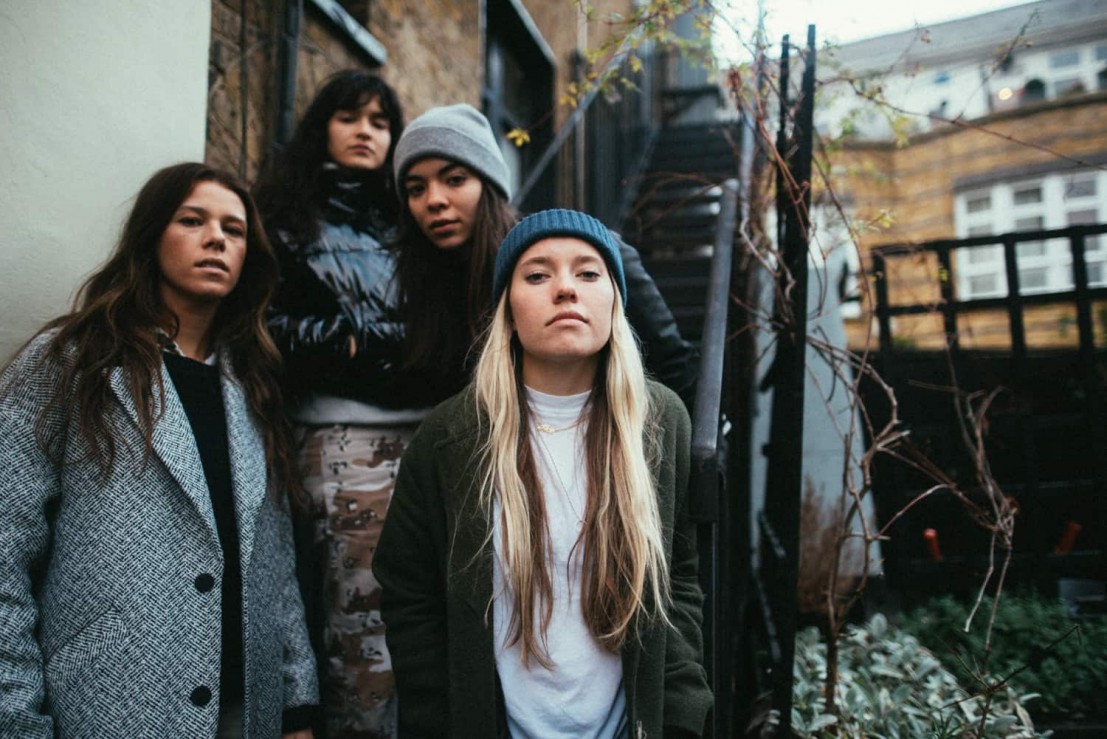 “Our fans are coming from like The 1975 and LANY, and honestly it’s built up, especially after doing 5SOS and even Coin and stuff, kind of this cool indie boyband type thing,” Alisa adds. “Like people camp for us too. We’ve been doing shows with them and our fans are the same.”

“I remember we pulled up to the first [5SOS] show in Toronto and we were driving towards the stage, and I felt like we were driving down the line for like ten minutes, and there was like four different lines,” Katie continues. “We were just like filming at the venue, we couldn’t even believe the amount of girls waiting in line, it was like does the venue even hold this many people?”

Despite the similarities between The Aces and the wave of ‘indie boybands’ that have emerged in the past few years, comparisons are often drawn to girl bands instead. They’ve been vocal about the fact that they just don’t sound like Haim, and they are very much their own band.

Interestingly, the pressure they’re feeling isn’t to get more girly, it’s to be more manly. “I think a lot of times the people around the project are like ‘it needs to be more rock’ or whatever, because that’s another stereotype or another stigma with all female bands, is that if they play their instruments, they’re metal, or they’re this crazy like rock chick,” says Alisa. “We struggled with that when we started to write, we thought that, because we were all girls, if we played pop we wouldn’t be taken as seriously as if we wrote darker music like The Neighbourhood or Arctic Monkeys, so we felt like we had to be an alternative band to be credible.”

“It’s almost like we need to be more masculine to prove that we’re good musicians or something, and it’s so silly,” Cristal adds. “When we started writing how we wanted to write and sounding how we wanted to sound, that’s when things really took off for us. We’re just learning to be authentic.”

Although The Aces have been together for a decade, they’ve got room to grow, and are still figuring themselves out. With their drive and message spreading fast across the US and Europe, they have so much further to go than Utah.