North London’s Rhett Nicholl is a visual artist channelling a blend of genres, finding comfort and self-expression in the art form he was discouraged from exploring as a child.

“Italians are very repressive with their emotions. Well, Italian Americans. They’re very extroverted with their feelings, but they repress a lot. There’s a culture of keeping things in the family,” Rhett Nicholl explains to me, over Zoom call, from a sunny park in London. We’re discussing the dual meaning behind the name he chose for his 2020 EP, Omertà, which saw him draw influences from his Italian and Irish heritage to process the death of a friend and tackle issues such as mental health.

For Nicholl, music was a way of dealing with his own emotions and breaking away from expectations, describing the concept of omertà as a “survival tactic”: “As immigrants in New York, there was a mistrust of the police”. Later, he mentions how his uncle “was involved in all of that stuff, the code of silence”. There’s a pause, and I ask him if the code of silence he’s referring to is connected to the Mafia, whom it is commonly associated with, to which he nods and he replies with a firm “yes”.

Throughout our conversation, Nicholl gives careful, considered answers to my questions, and it’s that same thoughtful approach that is so apparent in the way he makes music. In the space of two years, Nicholl has churned out meaningful, soulful tracks, each with their own important story to tell. On ‘Waves’, he channels the action of confessing sins in a church to describe “the broad stroke of mental illness and how it takes your heart away, your soul away”, and during our conversation, he describes how he had to break out of the hospital, where he was being treated for a heart condition, to film the music video.

Following similar themes about the human condition, ‘Haunty’ was inspired by the loss of a close friend: “having Bapou Costi and Nasty Poet framing it helped me have different perspectives on it. Ultimately [the track] is about being a person in a city and the toll it takes on you. The studio I recorded it in was in the area where my friend was from. It was super poignant to do it there, and it helped [to heal] more than I give it credit for. Unfortunately, a lot of the material I’m writing now is similar, as this past year, we’ve all lost people. It’s a recurrent theme right now, and I wish it wasn’t. But that’s my job, to channel these things and try and make something good out of it.” 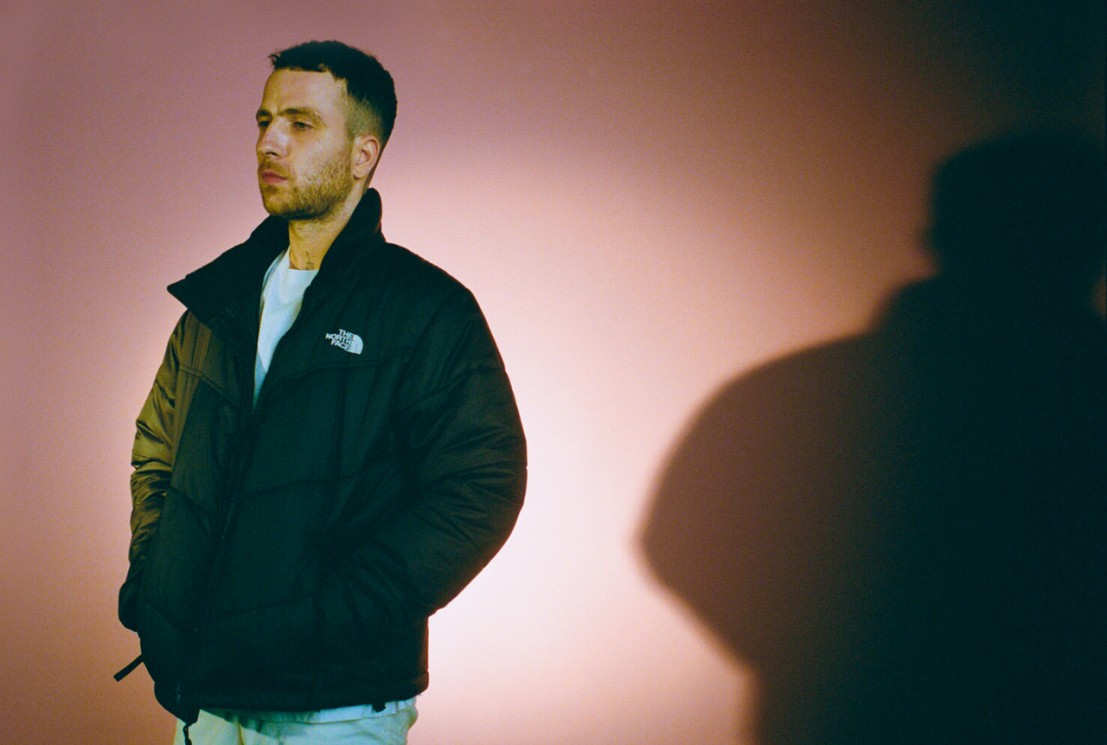 With each release comes a new avenue for Nicholl’s style, and he mentions how he flits between restlessness and feeling sedentary: “I’ve always struggled with doing the same thing twice. I’m painfully aware of it. When I do it’s just a compulsion”. Exploring new styles led him to tap into more of the underground, where Nicholl felt influenced by genres such as garage – “I wanted to do it in a way that was respectful of those cultures. Because, yeah, they’re my cultures, but they’re other people’s cultures too. So it was important that it was done in a way that was individual but you know, being respectful of those aspects”.

Whilst his style continues to change, self-expression, particularly through music, was something he found to be heavily discouraged at the school he attended. “The headmaster was a real piece of work”, Nicholl recalls, as he describes his time at the Catholic public school, the London Oratory, with no trace of fondness – “it was very restrictive, very repressive”. He uses their strict policy of admittance into the school choir as an example: “They have a very famous choir, they do all sorts of cinema and film choir soundtracks. I wanted to join, but you had to have been in the junior school, because they classically train everyone in the junior school, and they’re grade six by the time they’re ten. If anything, they discouraged me. The education was for the most part good, but it got to a point where I just didn’t go”.

It was that restrictiveness that led to Nicholl finding himself joining the graffiti scene in London and spending his time out of school tagging various parts of the city, and joining a punk band. I ask him if becoming part of these sub-cultures was his way of rebelling against the oppressive aspects of his formal education, but he disagrees. “To be honest, it’s just always been in my nature. The way my mum is, the way my dad is, the way my family is. They’re not straight shooters, they’ve all got a bit of an edge to them. I’ve always been attracted to those things, and going to a Catholic school cemented that but I would have been doing that stuff anyway”.

Growing up, those sub-cultures were just one element of a range of influences on Nicholl, who’s parents met in New York whilst they were working in the music industry: his mother worked at Sire records, and his father was a tour manager, working with some of the biggest acts at the time, including The Ramones. “I grew up in a musical household. My earliest memories are being around big artists my parents were looking after at the time. My parents loved music, but at the same time it wasn’t encouraged as far as a career choice. It was one of those ‘don’t do what we did’ kind of things. They’re very supportive now, though. It only took a few years” he laughs.

After the release of ‘Border Line’ in 2019, following a particularly difficult period for his mental health, it was Nicholl’s friends and collaborators who gave him an important confidence boost to make music a bigger part of his life. “I didn’t think I was that good. I still don’t” he jokes. “I’m probably a visual artist more than I’m a musician, but it was incredibly important [to get that reaction]. I owe a lot to my ex-manager Jack, and the guys who pushed me into making a video and putting it out there. It didn’t go far and wide, but it definitely connected with a lot of people. That period of my life was chaos, so it was an anchor to know that once I dealt with that, there was something that gave me value.”

Surrounding himself with a friendship circle of other creatives, including long-time friend, poet and visual artist Bapou Costi, gave him the ability to draw upon different perspectives. “These are my friends, and they’re all part of the story I’m telling. That’s what gives it a kind of weight. People are a part of this story. On the other hand, though, one of the best parts of the job is being put in rooms with talented people, producers and songwriters who can offer perspectives and take you down different creative avenues. That’s a really energising aspect of it, for sure”.

Nicholl release his next project today - an EP titled La Bas. In June, he teased the EP with "Love in Vain", produced by George Moore, who has previously worked with artists such as Mura Masa and Yebba. The track, and its accompanying visuals, showed the darker themes of the project, and Nicholl has previously described it as a song “adapted from a prose poem about a couple who fall in love while descending into addiction with one falling faster than the other”.

Speaking about the EP, Nicholl explains the different direction he went in, compared to his previous releases: “I’d been in hospital for two months, and I had a lot of different things to work through. It was my first go at working with producers, doing the rounds as it were. I dove in at the deep end, there was no real thought and I had lot of emotion and things to process. I was just put in a room with the right people to do that.” Thematically, Nicholl says La Bas is maturer work – “I’m a big believer in working on my craft. I don’t think my style is ever going to change, it’s just going to evolve, and refine, and hopefully get better. Ultimately I’m dealing with the same stuff. It’s the human condition, it’s love, it’s hate, it’s the whole spectrum of human emotion. With La Bas, my ability to say things in a more eloquent way kind of came through”.

The La Bas EP is released today via Since 93