“There are so many apologetic female voices, I didn’t want to put another voice like that into the ether. Although now, I’m like, ‘Oh God, should I have done that?’” laughs Pumarosa’s vocalist & guitarist, Isabel Munoz-Newsome.

She’s speaking candidly about writing “love” and “heartbreak songs” for the first time on the London-based band’s second album, Devastation, which they released in November last year.

Her hesitation is momentary. She is fully aware of how close the record came to never being made: “It could easily have not happened. With recent events such as cervical cancer (she was diagnosed in 2017) and relationship shifts, it all could've fallen apart. I’m proud that we weren’t afraid to just do whatever we felt. It’s quite a dangerous record in a way. The things I’m saying, and the way we’ve changed the music, it’s all quite risky. It was quite instinctive, and I’m glad we followed where that led us.”

These authentic urges are what make Munoz-Newsome and her bandmates Nicholas Owen, Tomoya Suzuki, and Jamie MacMillan create such primal, energetic sounds together.

“There are some lyrics on the album that, listening to them now, I can’t believe I published them. But that’s what I mean about giving each other the space to do that. We trusted each other. I wanted to be honest, and I wanted to be honest about a woman feeling these things. Usually, you hear songs by women that are a bit apologetic, a bit like ‘please come back’ - and I feel that. I feel those things too. But I wanted to write songs that were also about sexual stuff, or violently needing to break stuff, or doing weird destructive things.”

Destruction can be a form of creation (as novelist Graham Green once wrote), so it makes sense that Munoz-Newsome wanted to tear down expectations and write her own narrative. 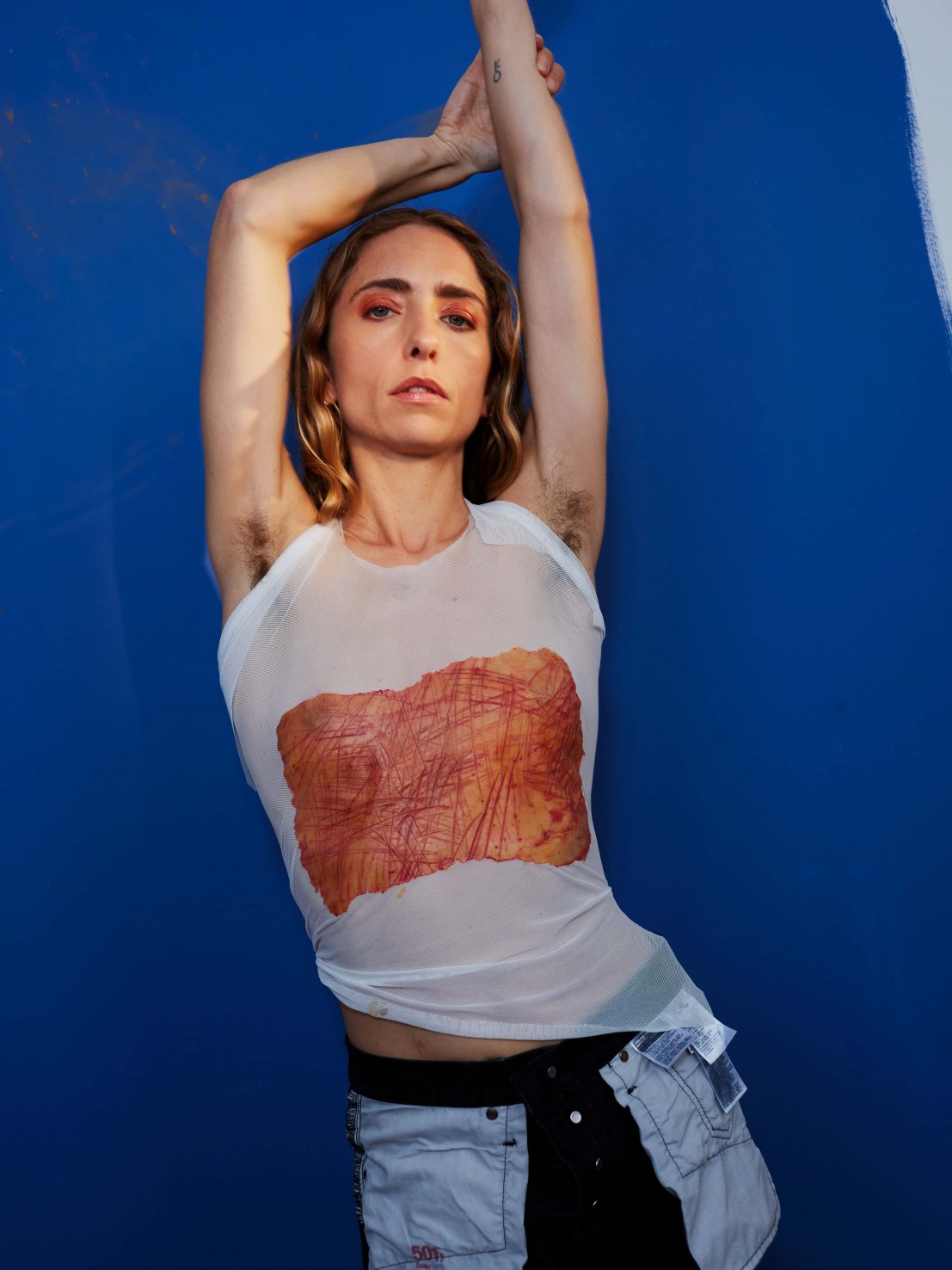 According to Munoz-Newsome, Devastation is a more “direct, more personal” offering than the band’s debut album The Witch. “Subject matter and narrative wise, it’s to do with things that happened to me. Transformation in terms of the operation I had (Munoz-Newsome underwent surgery for cervical cancer), and coming to terms with shifts and breaks in relationships that are all mixed up with that. The themes in the first album were more to do with archetypes, and it was more political. It had a lot to do with feminism, and friendships, and my sister, even other people’s relationships. On this record, it’s very much more from my own perspective.”

Speaking of politics, we acknowledge that we’re talking on the day of the 2019 General Election results, where the Conservative party wins an overwhelming majority vote. On the band’s social media, Munoz-Newsome actively encouraged people to vote Labour, so the result is pretty devastating. “I mean, it’s really bad. I feel a bit ill. The news has made me ill”, she jokes. “We have to be like ‘Oh God, this is awful’, deal with the awfulness, and then get on with things. I want to do more volunteer work, and be more proactive and involved in communities, and not live so much in a bubble. I went out canvassing during the run-up to the election, going door-to-door, and I met a whole different bunch of people. The election makes you realise you’re in a massive bubble, but that there’s also a massive community.”

Her tools for coping with disappointment are admirable. Speaking of “tools”, now seems a relevant time to mention that Pumarosa welcomed Justin Chancellor of American rock band Tool into the recording studio to play bass on Devastation. Munoz-Newsome’s enthusiasm for his contribution is evident in her positive tone of voice: “Justin has a very particular way of playing. That’s just how he plays. When he came down to the studio it was like, ‘Woah, there you are. You’re amazing!’

"He was playing such strident bass. He’s quite creative and melodic as well. It would’ve been nice to play more with him. We sent him the tracks and he really liked them, so he wrote his parts and came down to the studio with them. We jammed a bit, but it had to be quite quick, just because the studio time we had was finite. We want to play more with him I think, explore that more.”

Munoz-Newsome reveals “Lose Control” is her favourite track from the new record. “It’s quite emotional and it gets really dancey, and basically, we all lose control! It’s a bit scary doing that on stage, but I like it. It sounded really different to begin with, a very different vibe. Then we started playing it one day in the studio, and there was a particular atmosphere, there was some pretty sad stuff going on. Then Nicholas got a call from his brother to say that his nephew had just been born. So there was this weird feeling of joy and sadness - because Nick and I aren’t together anymore - then Tomoya and I just started jamming and Nick fell into it, and the song came out like that.”

“The verses have this peaceful, yearning, melancholy feel, but the chorus is quite aggressive. It’s that pull between sadness and happiness. When you’re sad, you can also be quite angry too. I love the groove of that track. Whenever I hear it, I’m like ‘I’m really sad, but I love it!’ A lot of tracks that I love in music have that kind of feeling. The tension between yearning but also wanting to dance whilst you cry. I’ve just been working on the video for this track too [above] with Robert Fox. It’s a full dance routine! There’s so much dancing. I’m becoming a pop star.”

Munoz-Newsome’s balancing act, both emotionally and musically, seems to fuel her creative fire. There’s a particular lyric from another track, titled “I See You” that I ask her to discuss further. She sings “I used to lower my eyes, hoping that might make me invisible / but now I level my gaze, cos what have I got to be ashamed of?” I ask if she can remember a particular moment or experience like this, that may have given her the confidence or validation as a songwriter and a performer.

“I was once asked by a really young student interviewer, she was a sixth former, what advice I would give to her about growing up and becoming a musician. I told her to take herself seriously. It doesn’t mean you can’t have a laugh or be ridiculous, but take your desires and yourself seriously. Because if you don’t, no one else will. You can’t wait around. It’s called something like ‘Princess syndrome’, where you wait for someone to come along and save you. It’s the idea that if you’re special enough, or good enough as a woman, someone will come along and offer things to you. That’s not how it works! You need agency! You have to be like ‘Hey! This is what I’ve got, and you’re gonna fucking take it!’” 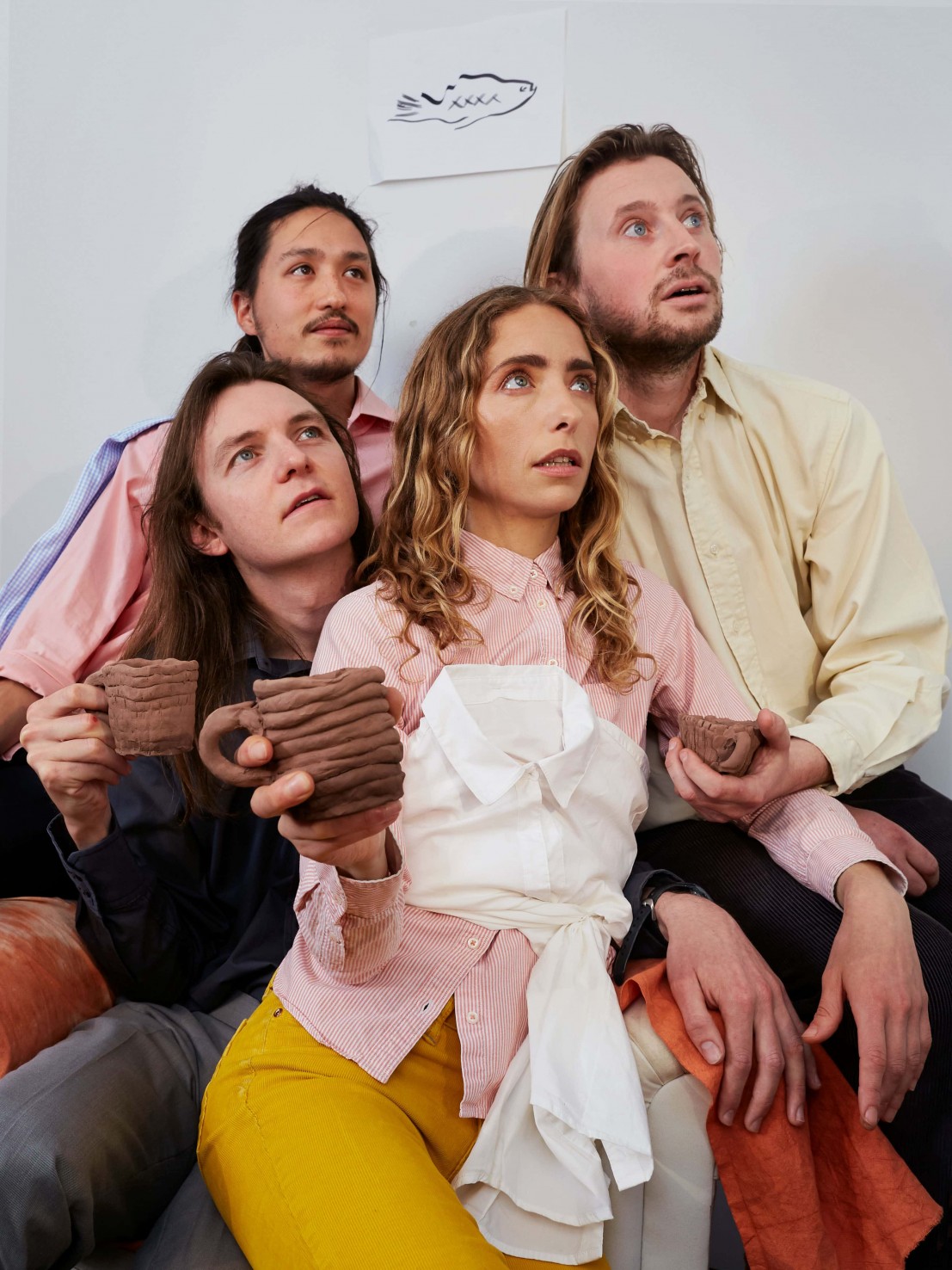 Munoz-Newsome’s passion when talking about empowerment is contagious. It’s also humbling to hear that it’s still a learning curve for her. “I mean, I still don’t do that 100% of the time. Women’s confidence is affected by so many different things; class, race, education. But some men are so entitled, which means they can use their voice with so much more clarity and confidence. It’s tough to stand up to people, but you have to do it. I just wanted to have this female driven, slightly angry character out there. Through doing that, that has allowed me to become more confident.”

Her confidence has also been built by positive feedback from critics and magazines who review Pumarosa’s records. She reflects on how wonderful it is to read a review written by someone who really “gets” what the band were trying to achieve with Devastation. “We’ve been in this microcosm of the album so intensely, then some people just don’t get it. So when a journalist or a publication really sees you, it’s great. When it’s genuine and it’s thought through, it’s amazing. I remember when we were first putting music out, and we were number one on the ‘hype machine’ or something, and journalists were like ‘what does that feel like?!’ and we were like ‘It doesn’t feel like anything. It’s just an algorithm’. But when it’s a written review, it’s amazing. I mean, listen. I like praise…”

Munoz-Newsome’s humour sometimes precedes a moment of vulnerability, and that’s the case again here. I ask if she’s ever been deterred from writing music by an unflattering review. “I don’t read everything, because when things are negative I find it quite painful. When someone just doesn’t understand what you’re trying to say, or takes it the wrong way, I don’t think it’s really helpful to read that. You just have to do what you feel as a band, and not everyone is going to like that.” Fortunately, this act of self preservation isn’t needed too often, as Pumarosa have enduring popularity with fans and critics.

Talk turns from deterrents, to what initially inspired her to start writing music. “I just joined a band as a front person before I’d ever written any music myself”, she explains. “My inspiration to start writing lyrics and melodies was just a necessity. The band were like ‘here are the tracks, we need lyrics and melodies in two weeks' time.’ It was great! It was a punk band, so it was quite loose. But it was that punk energy that inspired me, and listening to pretty raggedy stuff like The Cramps and Sonic Youth at the time. It’s pretty far removed from what I write now, but maybe not so far…” 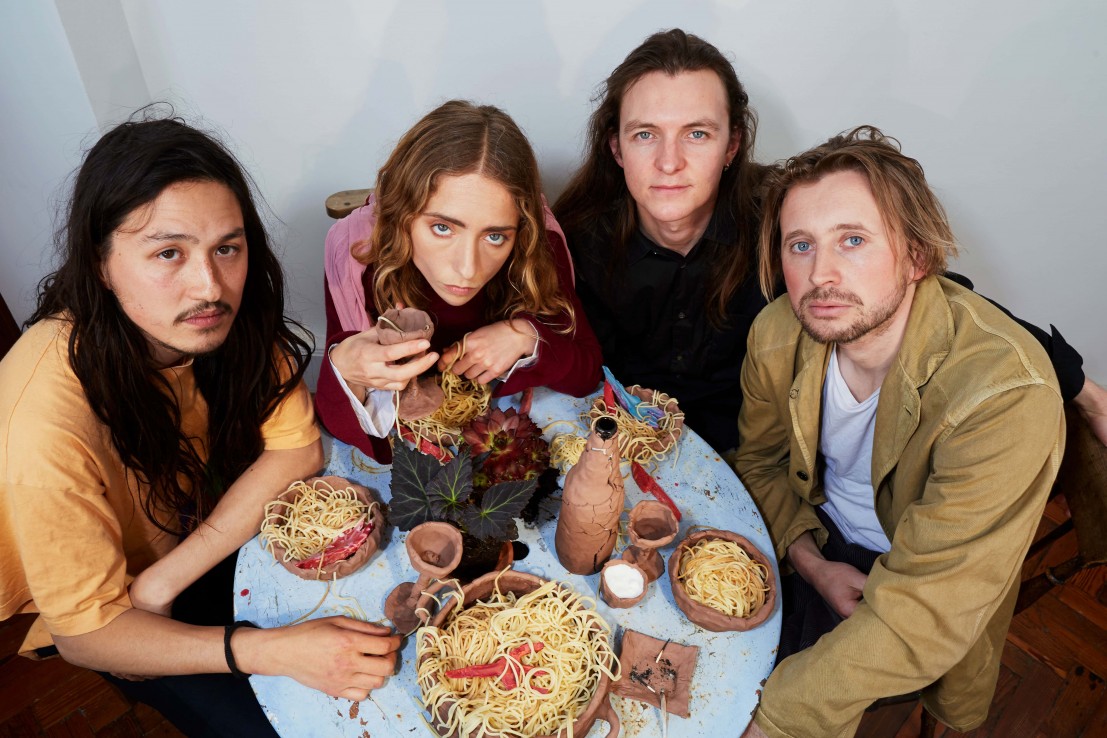 Nowadays, Munoz-Newsome channels her punk energy into her live performances. Pumarosa toured the UK late last year promoting their new album, and she has plenty of fond memories about the tour. “It was wonderful. It was the first time we’d toured properly since we supported Depeche Mode, so it was a bit different (20,000 fewer people different), but all of us being together was great.”

“I love going back to cities too. You start having a relationship with the crowd. Manchester definitely has a vibe, and Leeds was brilliant this time. That was a definite highlight. We played Manchester the night before which was great, then as always, we went out on a mad one, so when we got to Leeds we were feeling a bit wrecked. I always have this weird thing in my head as well, where I’m like, ‘no one’s gonna come. No one’s gonna turn up to the gig’. It’s so stupid. I don’t get nervous about performing, but I think that’s my nerves talking. But, it was a Friday night, loads of people came, and the atmosphere was so good. There was no space for being nervous, or tentative or unsure. The only energy we had was to go full throttle.”

Munoz-Newsome’s ambitions for the band know no bounds. It’s something she’s allowed herself to explore throughout her career. Much like the confidence she spoke of earlier. “I always gave myself that space. Sometimes I think that allows me to act in perhaps quite egotistical ways, but I felt that I was coming into this man’s world - in the last few years in the music industry, things have changed - but the band scene, it’s full of guys. I wanted the band to succeed. I didn’t want to just play a few gigs and say ‘ugh I can’t do it, it’s too hard!’ It’s usually such a masculine story [in music]. So, I’ve always allowed myself to say what I felt, and to put across another narrative. A different narrative.”

Proactive, passionate, and committed to transforming personal trauma into energetic and empowering music, Munoz-Newsome and her bandmates have overcome a great deal in order to stay together, and stay true to their desire to tell their collective truth.