Defiant voices for their generation, West Yorkshire four-piece The Lounge Society have crafted an urgent sound that captures the anger and restlessness of young England;

For West Yorkshire’s The Lounge Society - Cameron Davey (vocals/bass), Herbie May (guitar/bass), Hani Paskin-Hussain (guitar/bass) and Archie Dewis (drums) - , the pandemic gave them an opportunity to reset and rethink their process: “We’ve had to write for people, and not just for ourselves. We’ve had to write for the real world and not just concepts. Towards the period preceding the pandemic, I think a lot of bands got complacent with that and felt like they could just create any sort of universe. It’s good to have something grounded in the real world we live in,” May explains, over Zoom.

Their debut is five minutes and thirty seconds of snarling, ferocious jabs at a fragmented society, asking “What will the US do?”, criticising political apathy (“We don’t hear about it in our happy happy house / Who cares anyway as long as we are OK”) and the frightening truth of climate change and capitalism (“They’ll take your lungs and sell them to rich folk / They’ll breathe your air and live your dreams”). Their lyrics, which force us to confront our shared reality, clearly resonated with many fans: the single became indie label du jour Speedy Wunderground’s fastest selling 7” ever. How, then, do you follow that?

“After ‘Generation Game’, we knew that we had to do something different. I think often bands will get a bit of… another word is I guess is ‘success’ or ‘attention’ for a style of music. And then they think ‘right, let’s do that again and again and again’. That's just not how we wanted to do it. So it was always instilled that we want to keep surprising the audience,” says Paskin-Hussain. 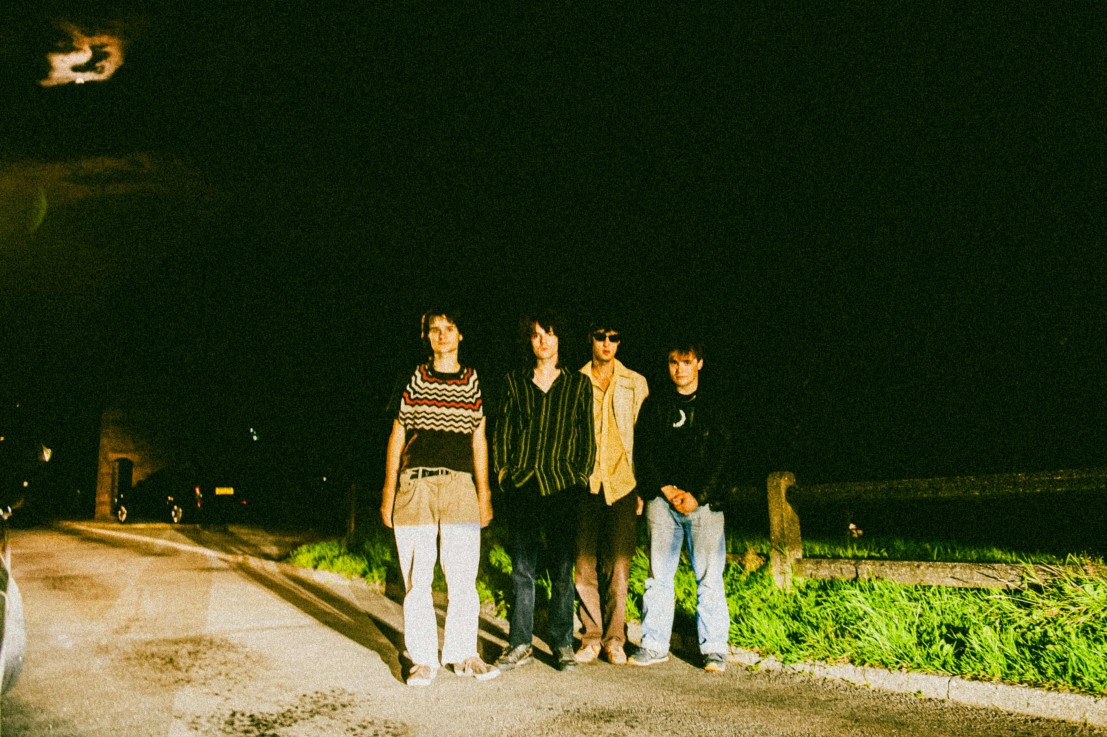 Their second single, "Burn The Heather" cranked up the volume again, and propelled their sound into the realm of angular post-punk primed for the dancefloor. Its music video, directed by Nick Farrimond - who would later work on the visual for "Cain’s Heresy", portrayed a caricatured version of grouse hunters, who clear heather from the moorland for grouse hunting, resulting in increased flood risks. Dressed in tweed, with The Lounge Society playing the part of the hunted grouse, the video is a clever criticism of irresponsible landowners.

Their relationship with Speedy Wunderground has developed to the point where their ideas are almost communicated “nonverbally”, May says, and Davey jokes that “they can read everyone’s minds”. Their success on the label has led to them to join the billing for The Line of Best Fit’s The Five Day Forecast 2022 shows, where they’ll play London’s The Lexington. May describes “the opportunity to play in London” as “quite new” for them, adding: “It’s such a huge part of what happens in the country. And we hadn't been anywhere near it at all until quite recently, until the end of the October tour. And so it's still quite exciting to sort of invade London, if you like.”

The London music scene is frequently focussed on, particularly when it comes to post-punk. This inevitably translates into less opportunities for northern bands, and The Lounge Society want people to see the potential of the scene in the north of England too. “We don’t want to claim it from any of the other northern bands. We love The Orielles, The Goa Express. The main thing we want to do is show people what’s going on here as well. It’s not all about London as much as it’s great as well. Just… go both,” says Dewis.

Davey adds: “we have so many venues in the north but we don’t have any venues that are attached to this scene. It’s not necessarily a bad thing, but I think that’s why the heart of [the scene] is in the south.”

The Lounge Society hail from Hebden Bridge and Todmorden in the Calder Valley of West Yorkshire, a county known for its rich music history, churning out the likes of Kaiser Chiefs, The Cribs and Gang Of Four. Over Zoom, the band continue highlighting a regional disparity in available opportunities, and May says “maybe music isn’t even the worst industry for that imbalance”, explaining that “it’s nobody’s fault”. “It’s not that we’re trying to fight against the south. But we have all this up here, and it’s important, and we want to share it with everybody,” Davey adds.

Frequently compared to other bands in the alternative scene, including A Certain Ratio and Tom Tom Club, The Lounge Society find themselves keen to break out of the mould, and avoid categories such as ‘post-punk’. Davey explains: “it can be helpful to bring everyone up together. But then gets to a point where it's restricting everyone and you shouldn't feel like you can't make the your own music if it's not fitting into whatever scene you've been helped by to begin with”. Dewis agrees, saying that rigid categories can “really take away from what people are trying to achieve”, adding “we want to make pop music, we want to make post-punk music, we want to make punk music. We just want to make music for everyone. Well… most people.” 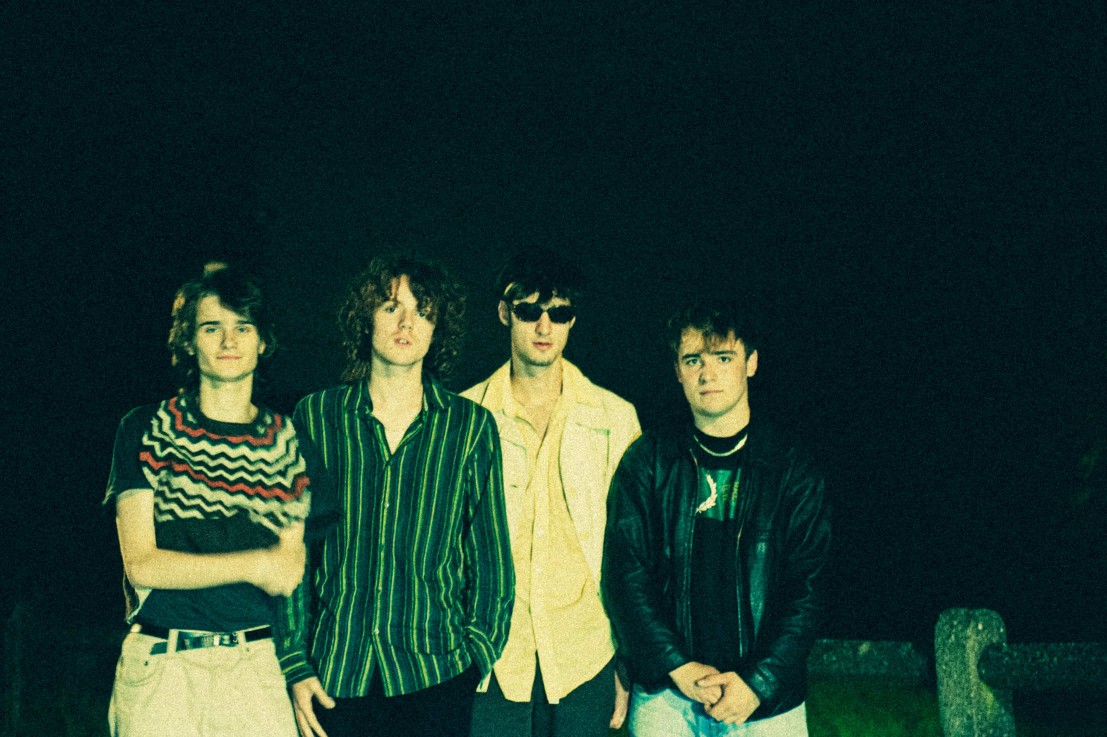 On "Cain’s Heresy", Davey sings “they’re servants to fame”, a jab at celebrity culture. The age of the obnoxious rock star has seemingly faded away, and whilst the band want to avoid restricting themselves to the broader genre labels they find themselves being described as, they talk about the importance of finding community in the alternative scene, rather than subscribing to the idea of the rockstar. “There’s so much you can get out of being friendly and being nice to other bands and musicians. Everyone helps each other out now,” Davey says. And they’re fans of other bands in the scene too: “they are brilliant. They’re a band we all love” they say, when Fontaines D.C. are mentioned.

Throughout their music so far, politics has been at the heart of the band’s lyricism. And, music is something they feel can be both cathartic, and a catalyst for change: “songs can just be a message, but I think that does often resonate with people, whether that’s just going to gigs with like-minded people who like punk music. You start to get this shared understanding and that can really help propel some changes”, Dewis explains. May agrees: “punk lyrics usually called for a union of people. Well, if a type of music brings people together and creates a union of people, then it is doing its message, whatever its lyrics are about.”