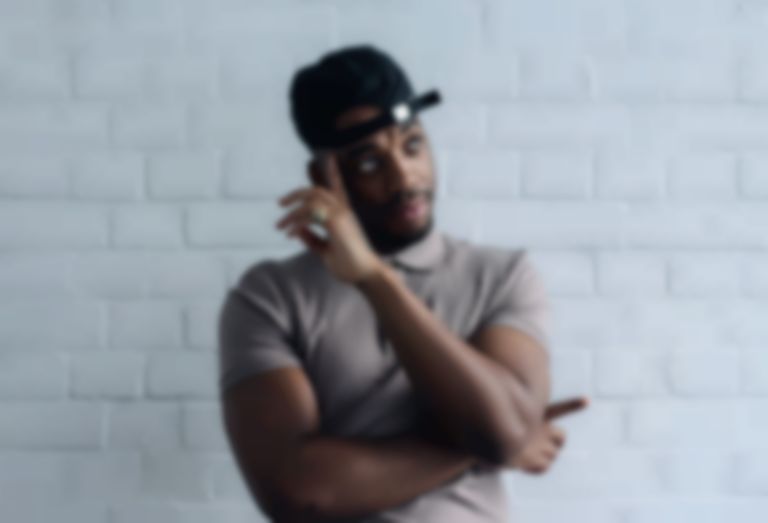 Doing grime in 2019 his way, Sheffield’s Coco is here to show London what's up

As I write this, Ed Sheeran has just been awarded another #1 single with “Take Me Back To London”. Originally a collaboration with Stormzy, the track was, somewhat ironically, pushed to the top by a remix featuring two rappers – Jaykae & Aitch – whose entire identity revolves around not being from the Big Smoke.

Even a couple of years ago, the concept of a notable UK emcee with a Northern twang was almost laughable. Sheffield's Coco remembers those days well: the Yorkshire native has been an underground master of the mic for years now, clocking up collaborations with AJ Tracey, Conducta, Nadia Rose and Scrufizzer to name a few. His unmissable flow, boundless energy – plus his vocal and lyrical authenticity – made him stand out from the start.

It may have taken some time for regional rappers to surface, but that doesn’t mean they haven’t been laying the groundwork behind the scenes. “I think it was the same in Manchester, Birmingham etc, but Sheffield definitely had a strong scene back in the day. At least 20-30 emcees that had a prominent name in one small city, doing their ting,” Coco remembers. “I got introduced to grime maybe three years or so after it had all started going on, it was the in ting you know? Back then it wasn't about North or South, it was just an English ting!”

Coco was getting lyrical even before grime entered his headspace. The journey began after a couple of his mates in secondary school had been making music and asked if he wanted to join (“It was a bit alien at the time, I'd never spat a lyric unless it was someone else’s song on the radio”). But young Coco overcame the nerves and quickly found obsession and solace in making music. “I was listening to people like Wiley, Kano, Lethal Bizzle and just couldn't stop. I was hearing these man doing it how they do it, and I was just thinking ‘well all they’re doing is chatting about where they’re from, what they do on a day-to-day basis, just about their normal lives’. So I thought, why don't I just do this my way? My way, a Northern way, a Sheffield way.”

Growing and grinding, he made his move to London nearly five years ago. “I was just on tunnel vision from young,” he rushes. “When I wanna do something I do it and that’s it. Ask my mum, I've always been like that”. It was a successive combination of artistic eagerness, getting a girlfriend in the city and mum being fed up of his inability to keep a job. “She be getting mad at me, like ‘Leon you’ve gotta go to work blah blah blah’, and I just said I can’t dooooo this anymore you get me?!” he laughs.

Moving to the South changed everything but Coco’s sound, as he was soon introduced to producer, DJ and fellow Sheffield boy Toddla T. “It's just so ironic that when I moved here then I started to get to know who is and then I started to make these moves. It's mad, but I believe everything happens for a reason”. T invited Coco to his studio the day after their first encounter. “It was like I'd known him forever,” he chuckles. A close working relationship and friendship sparked, T imparting wisdom and advice on his new protégé. Coco’s whole aura changes when discussing Toddla: he’s more serious, the gratitude in his tone palpable.“You know he only told me the other day he’d been watching me up in Sheffield, keeping an eye on wagwan. I said to him ‘nahhh bro you’re lying’ but he was serious. He’d always wanted to champion someone from Sheffield, someone who can be a bit more vocal than producing/DJing. It sounds bare cheesy but I really do believe it was meant to be, man.”

The dream team recently added another metaphorical Northern accolade to their cabinet, producing the “UTB Freestyle” for Sheffield United Football Club and becoming the face and the sound of the team’s premiership activation this season. “I'll be honest, I'm not even the biggest football fan,” admits Coco. “But it's always been such a big deal here – the stadium is impossible to miss going through Sheffield. It really is a massive compliment to be asked to represent your hometown like that”. The collaboration brought Coco even more new fans from ends than he thought possible, and somehow even more love from his mentor. “Toddla’s more of a football fan that me. I think he's got all the tickets from when he was younger and everything – he was like ‘Coco this is gonna be with me forever man, from my childhood to here!’”.

“We're all out here representing, whether in national football or in music, so it makes sense,” he finalises. Represent is the word Coco uses the most, whether he knows it or not – the concept is laid thick into his every cell that runs through his Northern veins. His new EP, aptly titled Regional Murker, is an ode to both his physical and metaphorical journey to this point. “Yeah man – the title is a mixture of everything. Mainly it’s a statement saying I’m that guy flying the flag for Sheffield, but also in terms of I am literally a regional murker performing all over the UK, leaving my mark, you know?”

So far Coco has dropped the first and last of the four killer tracks on his upcoming EP. The raucous “What Can You Do?” has all the elements of a classic grime banger, yet manages to feel fresh and relevant, displaying his unrivalled expeditious flow and his jovial, optimistic outlook on life. The YouTube comments – "when i see coco i click regardless of how i dont click on grime videos anymore lol" – really prove the point. And the closer, Conducta-produced floorfiller “Crowd Reaction”, featuring brummie grime legend C4, is so ready for the stage you can almost feel the sweat fill the air.

The new EP also boasts production credits from Toddla T (of course), Sir Spyro and Coco himself. “I’ve been producing since about 2008 but I’ve obviously progressed over time. I would skip lessons just so I could go home and be on them buttons, being like, ‘Rah, pray my mum doesn’t come home’. I just really wanted to make a beat!” he laughs. “I feel like now you can actually hear my production on my own riddims and releases which is a really cool thing.”

Regional Murker is ultimately Coco’s best body of work to date, all killer and absolutely no filler. Released via Toddla T’s Steeze label, it is also the most self-defining, displaying his insane flow and optimistic persona in just four short tunes. On the eponymous track we hear Coco spit: “How you mean I’m that regional guy? / Full tank on the M25 / And I’m fully ready for that crowd surfing life”. It’s a message to those in the capital city: keep an eye out – this Northern boy is poised to tear up a dancefloor near you.