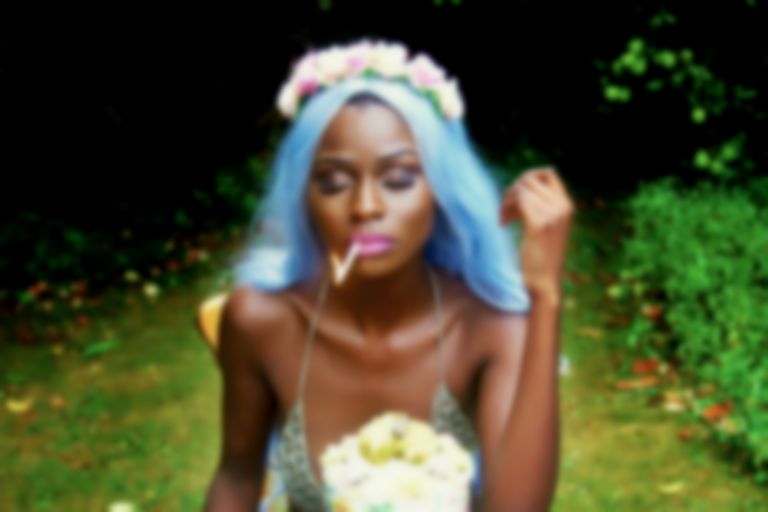 “Nine Lives” is an introduction to the song “Birthday Blues”. If I had it my way, and we lived in a world where the radio edit wasn’t a thing, I would have had the interlude tacked on to the beginning of "Birthday Blues"!

“Nine Lives” is a peephole into the cavity of my brain at the time I wrote “Birthday Blues” - all the rambling that was occurring inside my head! As becomes apparent after one listen, I think very deeply, and think too much. The final vocal you hear was actually recorded on my iPhone. I had written the interlude in one go, over a few hours, one night, fallen asleep, then woken up the following morning, and – not wanting to lose anything - hit record, whilst still in bed.

Thinking the sound quality would be off with that of the other vocals on the EP (all of which were recorded in professional studios), I decided to go in and properly re-record what I had done. The engineer, Gareth, recorded a number of takes, then we sat for about an hour, splicing them up to get the perfect take of each line. When I took the final thing home and listened, it just didn’t have the same rawness and honesty as the version I’d recorded in one take, into my iPhone, whilst still half asleep. So, in the end, that’s the version I kept.

“Birthday Blues” is a song about my biggest fear: time - the one thing we, as human beings, are at complete mercy of. In the run-up to my birthday this year, I grew increasingly aware of time. It became a living thing in my head. It had dawned on me quite suddenly one day, that - no matter how young I might be, how much I might be doing, how hard I may be working - time is running out, and there wasn’t a darned thing I could do about it!

This began to overwhelm me, to the point I grew almost paralysed by it – questioning my every move and every action, how I spent every minute of every day. Writing this song set me free in some ways. I produced it myself, then took it to Dom Beken to mix and engineer. He’s a magician, Dom – really, really good. He worked on an additional string arrangement to go over what was there already. It felt like such a lead single.

I was having a rough day, and attempting to indulge in some positive thinking to put me back on track. I started thinking on that age-old saying: “When life gives you lemons, make lemonade.” It occurred to me that, the saying – though, in dark times, a positive source of consolation and a beneficial mindset with which to navigate life - is actually quite fanciful. Surely every bad situation doesn’t have a saving grace? Things can’t always be turned around.

I wanted to write a song about the dark cloud with no silver lining; about those situations that gift us no wriggle room for remedy or consolation. “I can’t make lemonade out of this/You’ve left me only pips/I choke.” In such situations, once the initial desolation has passed, we are left with a strong anger. I wanted the song to sound how this anger feels and tastes in our mouths: visceral, and bitter. Overwhelming. A cacophony of big, almost tribal drums; and humming. I produced the instrumental, myself – then took it to Si Hulbert for co-production. He brought the song to life. We left my vocals raw and unpolished, with just some reverb to create space. It’s one of my favourites.

Blood On the Leaves

This is a song about the worst night of my life. I can’t really say much more than that. I think I prefer to leave it open to interpretation, although I reckon most people won’t correctly guess what it is I’m singing about.

Like pretty much all of my songs, it uses an extended metaphor to put a spin on the situation. I wrote it a while ago, before I’d actually started work on this 2nd EP, and for a while, I told myself I didn’t like it. I listened back some months later, and thought it was actually rather beautiful. I realised that my initial dislike towards the song hadn’t stemmed from it not being beautiful, but from its subject matter being a difficult point of conversation for me. It’s this realisation that most spurred me to include it on the EP - the fact it was so painfully honest. It was then produced by Neil Athale.

This song is one hundred percent a celebration, with no moments of reflection, or wondering to what degree we are aren’t on the right track. It’s much more of an F you!

It was written by me and produced by Tim Kellett in the first session we ever had together. It started off a completely different song to the one you hear now! The chorus was the exact same lyric – but an entirely different melody, and (literally!) about an octave and a half up. It had come to me easily enough; and I had settled down to write the verses. As I sat there with that section of instrumental on loop, nothing was sparking in my brain. All of a sudden, I got up, walked over to the computer, muted the 8 bars of instrumental intended for a verse section, and played this riff on the keyboard in its place. It was basic – just 4 notes – but there was something about it. Without listening back, I put the riff on loop, got behind the mic, and started singing over the top. The whole thing just felt a lot cooler, and the verses came pretty instantly after that. I was humming the chorus on the way home – always a good sign!

Just me and a piano to close the EP. I wanted to write a song about addiction: being in a relationship with a person who is an addict, and opting to stay, because you’d rather be in a relationship with them and their addiction than be with anyone else. Simultaneously, you long for a version of this person that isn’t affected by the drug. You wish that you took precedent, and that the love they have for their vice - twisted and co-dependent as it may be - was the love they had for you.

It’s loosely inspired by a guy I was involved with last year. I couldn’t save him in the end, unfortunately. We don’t speak anymore, but I know he was recently sectioned.

Birthday Blues is out now.