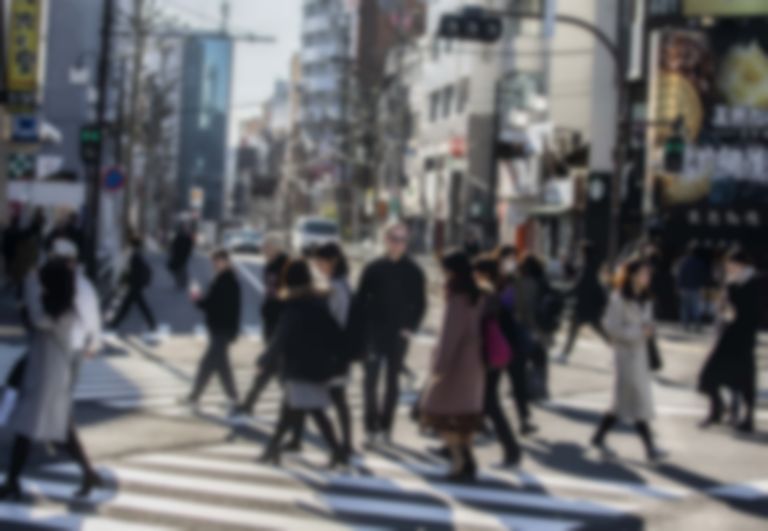 Following the Second World War, the United Nations created the Universal Declaration of Human Rights: 30 rights and freedoms that aimed to underpin society to ensure the right to life, freedom of speech, and a right to education to name but a few.

It’s a document that despite its best efforts and intentions has often been ignored with catastrophic and devastatingly horrific and grave consequences, and it's now the inspiration and centerpiece for Max Richter's ambitious and moving new project, Voices.

“[Voices] starts in 2010 in the shadow of the Guantanamo revelations - all of the texts that came out around the black sites and the renditions and the torture memos”, the German-born composer tells me, “obviously I was shocked by that and I started to try and understand it. I wrote ‘Mercy’, the last track on the album at the time as a way to try and come to some understanding about what was going on. I always thought of ‘Mercy’ as a sketch for this bigger project, which then I worked on periodically, trying to find a shape for that. That’s kind of how we ended up with the piece that we have now.”

Voices is a 25-track album, arresting in its heartbreakingly affecting cinematic arrangements with Richter’s inimitable ability to take you into an all encompassing emotive place upon listening, but unusual and striking in its unique approach to using the human voice. Throughout the album, people read excerpts of the Declaration in their native languages – “I just put the call out on social media for people to read bits of the text in their mother tongue and we got hundreds of responses really quickly - it was amazing actually," Richter explains. "I think of them as the landscape that the music inhabits and they form a kind of community texture for the piece.” 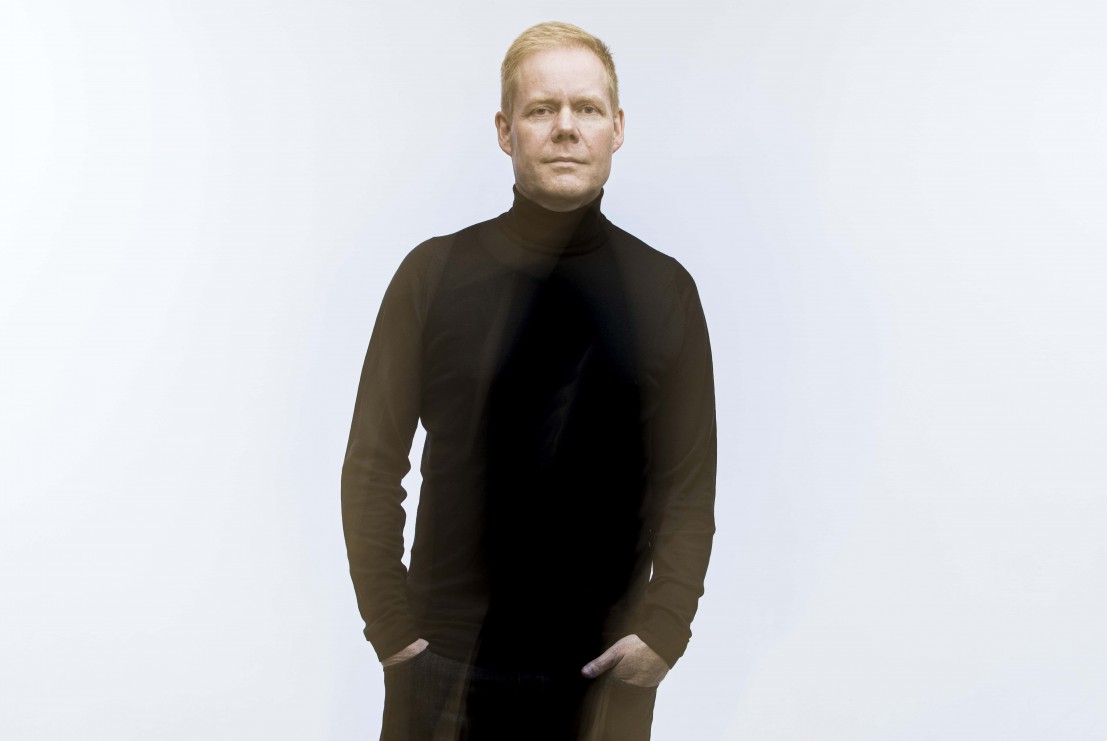 It feels like a literal interpretation of the Declaration’s intention of giving people a voice, and equally creates a sense of community and togetherness around the project, “These sorts of metaphorical actions I think can be really illuminating in a project," Richter says. "Music making is about community and people communicating. Talking - it’s fundamentally a communal activity. A performing group of musicians is a community, the audience is a community. It’s all about those kinds of dynamics. Because of the universality of the text I felt I wanted to have more voices to make the piece as much a democratic space as I could.“ As well as the readings, birdsong is peppered throughout the record. It feels as humane, affecting and compassionate as you could possibly ask for.

It’s an important and meaningful project that despite being a decade in the making feels just as incredibly relevant to the times in which we are currently living as it did in its infancy ten years ago. “Well yeah, sadly, it does. Human Rights are continuously under threat all over the world and most recently the symptom of that has been the result of the Black Lives Matter movement in response to the horrible murder of George Floyd, Breonna Taylor and countless others. That’s our kind of ‘hotspot’ right now, but that’s a rights issue - people systematically and by design being deprived of their rights.”

The orchestra used within the project is ‘upside down’, making it cello and double bass heavy. It’s used as a metaphoric interpretation of the world “being turned upside down”, but also adding a palpable richness and depth to its musicality. In its original incarnation, Voices was intended to be even more extreme: “In the beginning, from a protest music standpoint, I thought ‘you know what I want to do, I want to write a piece for one-hundred double basses’, connecting a bit into sort of metal, drone - that sort of world. But really, what I started to think about as the world began to become more filled with people shouting at each other and fewer and fewer people listening, I thought this sort of brutalist protest movement is just adding to the problem. I don’t want to focus the piece on the problem, I want to focus it on the solution… so what is the solution? What’s a possible way forward?

"And that’s what brought me to the Declaration. I wanted to put that into the centre of the piece, but I’ve retained this upside down orchestra in a slightly less extreme form, so that the band is still mostly basses and mostly cellos. So I guess the metaphor really is to make something which has got a brightness out of these darker elements”.

Using his platform as a focus towards human rights and political issues is not an area that Richter is a stranger to. His second solo album, The Blue Notebooks (which includes "On The Nature of Daylight", one of the most recognisable modern classical pieces of recent years), is a protest album against Iraq War, Infra was a reaction to the 2005 terrorist bombings in London, and Richter’s choices of film and television projects often have a protest focused, or political underpinning.

Does he feel musicians have a responsibility to use their platforms to create a commentary that focuses around political events? “I cant really speak for other people…but speaking for myself it makes sense for me that the things I put in the world, I take responsibility for - and actions have consequences. So at a very basic level I sort of feel that we have an opportunity to shine a light on the bits of the world that we feel need looking at, and it’s no more than that really. A lot of the projects I’ve done over the years have an activist dimension, and the records and the film projects I’ve chosen, and that’s very deliberate, but I also don’t think that feels like there’s anything special about that. I just feel like that’s a very natural thing to do. It just seems obvious to me that that should be a part of what creativity is about.”

Prior to Voices, Richter created Sleep, an eight-and-a-half-hour lullaby that broke records as the longest broadcast of a single piece of music, and made headlines for its unusual performance style, in which audience members were given beds to sleep in. Since the pandemic began, the record re-entered and topped the US Classical Billboard Chart, a testament to the sense of comfort that music can provide in the face of the world feeling like it’s on fire. “We’ve all been living in this anxiety state and I think it’s well known that that causes problems with concentration and focus. That’s a universal and I think we’re all going through that at some level.” Richter says, “Sleep is obviously a piece which in a sense was composed as a tool, as a utility dimension, and it’s been really interesting during this period especially to see how people find a way to use it - how they form a relationship with that material that suits their own lives.” 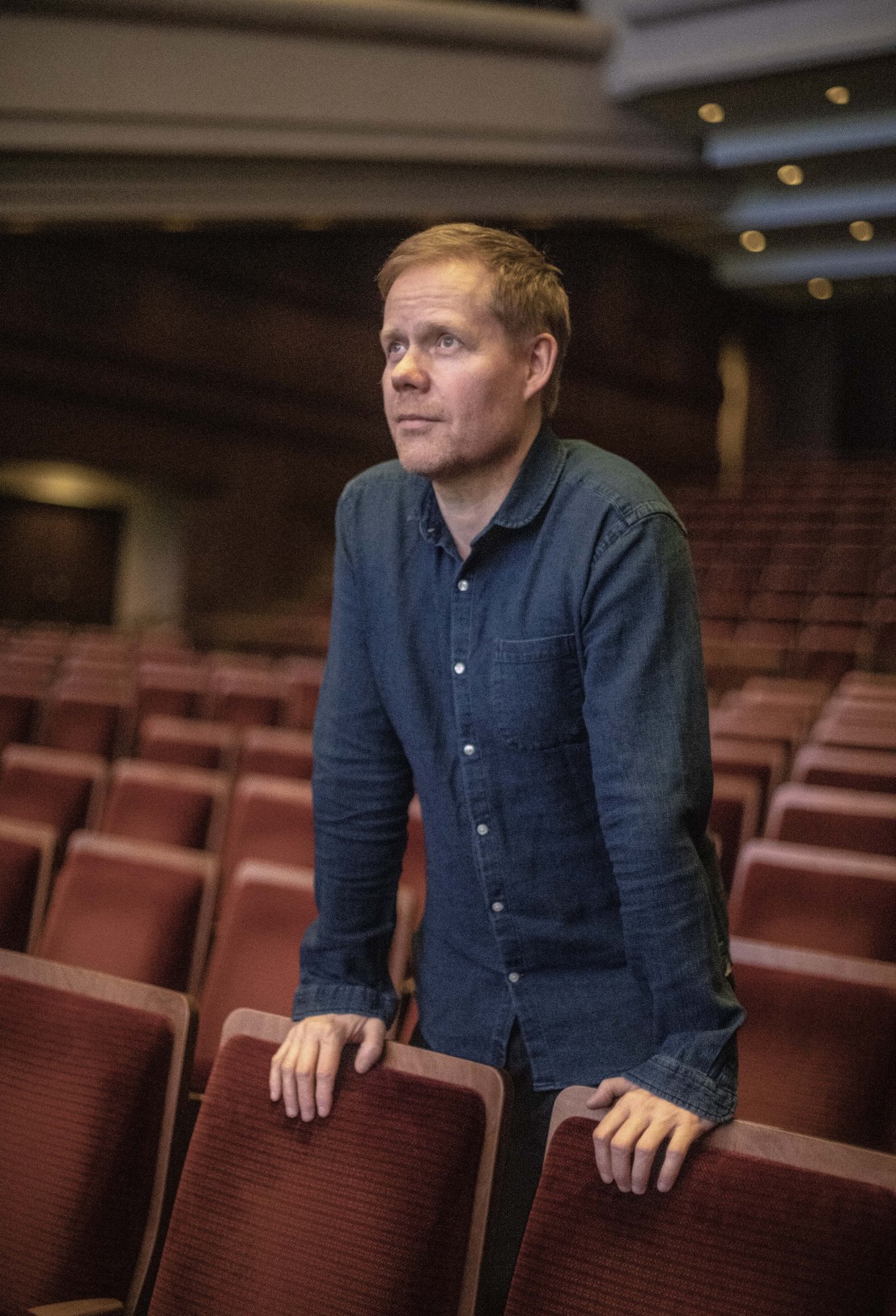 An app has since been developed and launched from the project that aims to help users fall asleep, and assist in concentration and meditation, perhaps somewhat ironically as the piece was originally written as a protest against digital saturation. The app's design quelled any initial skepticism that Richter had in regards to the digitalisation of the piece thought. “t’s so incredibly minimal in terms of what it does that I felt like it kind of reflects the spirit of the piece very beautifully," he explains, "and it’s a next step in terms of flattening out the power structure between composer and listener, and composer and audience, which is kind of implicit in that piece. It sort of further democratises the project because you can make a personal journey through [it]. It’s like it opens another door to it. It’s not for everyone and some people may like it and some people may hate it, but I thought it was an interesting addition to the project.”

As such a prevalent and influential figure within the modern classical scene, I’m curious to hear Richter’s thoughts on the as whole; it can often fall victim, I think, to a reputation of perceived elitism and inaccessibility. “That’s a thorny topic really!” he responds, “When I trained as a student at the Academy in London and with Luciano Berio, there was a particular way to write music. There was an orthodoxy and that was Modernism. There was a kind of equivalence given to complexity and quality.

"So if the music was very complicated, that meant it was good. So it led to a cliquey mentality where only certain kinds of sounds were acceptable and others weren’t, and if you wrote tonal simple music, that meant you were an idiot and it just wasn’t music. So there were lots of weird attitudes like that within classical music culture at that time.”

Richter was uncomfortable with a culture that encouraged a sense of restriction and snobbery out of sync with his moralistic outlook: “I felt that was kind of an authoritarian position and a very elitist one. So I decided to very deliberately simplify my language, focus on the fundamentals, focus on what I wanted to be talking about and look at the communicative aspect. So that’s what I did, and around that time - I guess right at the beginning of the 21st century, when I wrote Memoryhouse in 2002 and The Blue Notebooks in 2004. It’s a long time ago now and there wasn’t really a frame of reference for it. There literally wasn’t a word for it. Just kind of, ‘this is classical?’, ‘what is it?’”

The composer's innovative approach has undoubtedly helped pave the way for his contemporaries in blurring lines between a multitude of genres and movements, but he remains modest as pioneer in making music that's politically and socially important as it is aesthetically remarkable: “I guess what I feel now is that I’m just writing the music that makes sense to me… In terms of telling that story, I will use whatever tools make sense in that context.”

Voices is released on 31 July via Decca (UMO)