Lianne La Havas’ last record Blood - released in 2015 - opened the door for a potential new UK superstar - with major vocal skills and an embarrassment of killer hooks; but La Havas wasn’t so easy with that path.

Returning to the musical world with the release of theatrical lead single “Bittersweet” in February, and a landmark live show at the Barbican with Jules Buckley and the BBC Symphony Orchestra, it suddenly became a strange time for the South London-born singer/songwriter to be making her comeback. “Yeah, quite a bit, but I try not to think about that,” she tells me. I take the hint to not press any deeper, but over the course of a 90-minute conversation, it becomes clear that releasing an album into a world in chaos is something she’d actually been thinking about quite a lot.

Five years since Blood has passed, but the wait wasn’t planned; it just took time to return with a purpose. Unlike the bright production of Blood, the self-titled third album from La Havas is intimate, borne out of live sessions and jams with a group of trusted collaborators – brilliant work, but perhaps not an obvious route to chart dominance.

The album cover of the record is a testament to this liberated direction: a simple black and white photograph of her beaming face. “I did a big photoshoot and had a big concept of what I thought it should be and it just didn’t look right,” she tells me. “I loved all the pictures but I thought ‘is that the picture for the cover for the album which is my name?’ I had to take a minute because I was getting a lot of pressure to pick the thing, and then I found that photo in my camera roll and I was like cool, it’s that!” 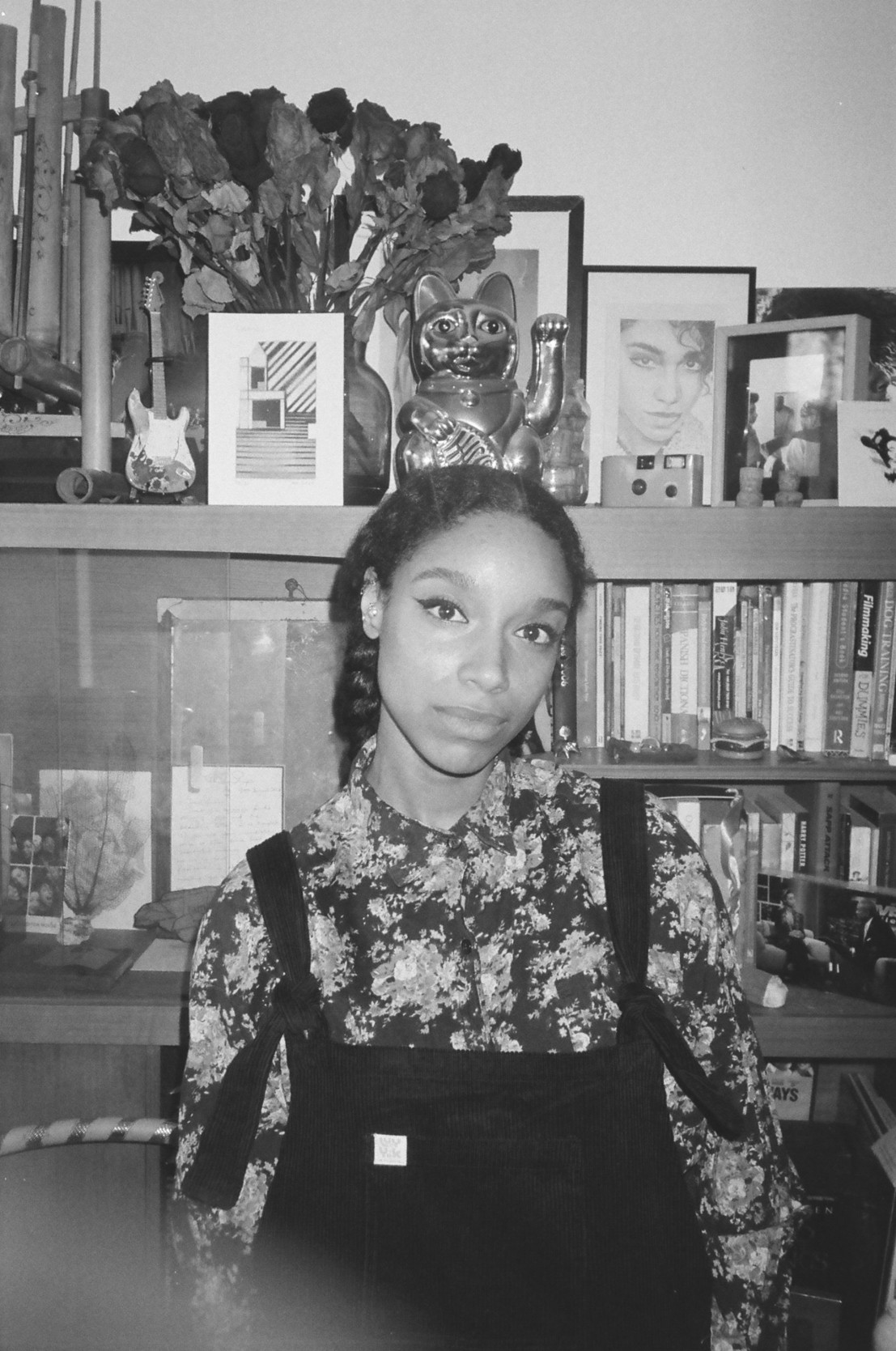 It’s a candid image starkly different from the cover of Blood - clean recordings fronted by a pristine photoshoot. “At the time I did want that!” she explains. “I drew it up and got the art director to help me make the drawing a reality, but back then my label saw a lot of potential in me - because of the way I sing perhaps - and they may have seen it in a slightly different way; trying to promote me kind of like a pop act, which I don’t know if I am. I think it’s cool if you get popular but the second album taught me I can’t change myself to gain a lot of popularity, so with this one I’m like I’m just gonna do what I wanna do. It just feels like me, like I was meant to do it this way”.

La Havas is easy-going and free-talking when we speak on a video call. Before we begin she compliments the new décor of her PR-manager’s bedroom, smiling constantly and laughing often. At one point she freezes as a bee drifts onto the screen and makes a panicked escape from the room, returning only to recover her coffee and re-heat it in the microwave once the coast is clear.

La Havas doesn’t have the demeanour of a woman with three Glastonbury performances and Grammy, MOBO and BRIT nominations under her belt; perhaps that’s due to her own feelings about her work: “When it comes to myself I don’t know if see myself as an entertainer,” she says. “I still just feel like this girl who’s allowed to release her music, and that maybe one day I’m going to get a real job”.

Despite these feelings, the style of Lianna La Havas has risen from a newfound assuredness in her approach. I’m speaking to her the day after her new single “Paper Thin” debuts as Beats 1 World Record; a three year old song recorded in New York with Homer Steinweiss from The Dap-Kings. Unusually for La Havas, the instrumental was recorded as it was played. “I see [“Paper Thin”] as the one which sparked off the whole album,” she tells me. “It was just a jam in a trio and when it worked I knew I had to have the album sound that way. A lot of the music was made over a long period of time and a lot of what you hear on the album was the first day or the first take. I learnt that you lose something if you try and make it too neat.

“Before, I never saw myself as an actual musician who could do it in the studio. I just thought we’ll do this and we’ll do it again later with a different set-up and I’ll re-record the vocals, but I gained a lot of confidence in the fact that I can just jam”.

The new record is full of moments of lush but naturalistic instrumentation like this, with vocals which often sound like they’re sung through the wide grin on the album’s cover. The end of “Can’t Fight” - guest produced by Mura Masa - seems to draw from the Soulquarians playbook; her band just cooking into the kind of groove you could imagine making Questlove’s feet shuffle. Like that era, La Havas learnt to embrace improvisation: “We couldn’t work out the beat for the song, and while we were gearing up to record my drummer was just jamming while we weren’t listening: I heard it and was like: ‘do that!’”

Despite her band’s work, it’s La Havas’s guitar which opens up the loose sound of the record. I mentio how it reminds me of the Tropicalia sound, made famous by the stylings of Gilberto Gil and Milton Nascimento. “That’s totally my favourite style!” she replies. “I feel like it’s the most satisfying because it has everything; amazing vocal melodies and vocal rhythms and guitar rhythms, and the percussion is so syncopated which makes it flow - it’s the most satisfying music that I’ve ever heard, sonically.

“When I was learning guitar I was watching a lot of YouTube and found a lady called Emily Remler. She was a jazz guitarist in the ‘80s and tragically passed away when she was 32 from a heart attack. I was just browsing one night trying to learn finger picking techniques and I saw a tutorial she’d done in the ‘80s of a Bossa Nova tune called ‘Red Blouse Bossa Nova’ and I just ended up in an Emily Remler YouTube hole, she’s one of my all time favourites. Tommy Emmanuel and Martin Taylor are another two”. 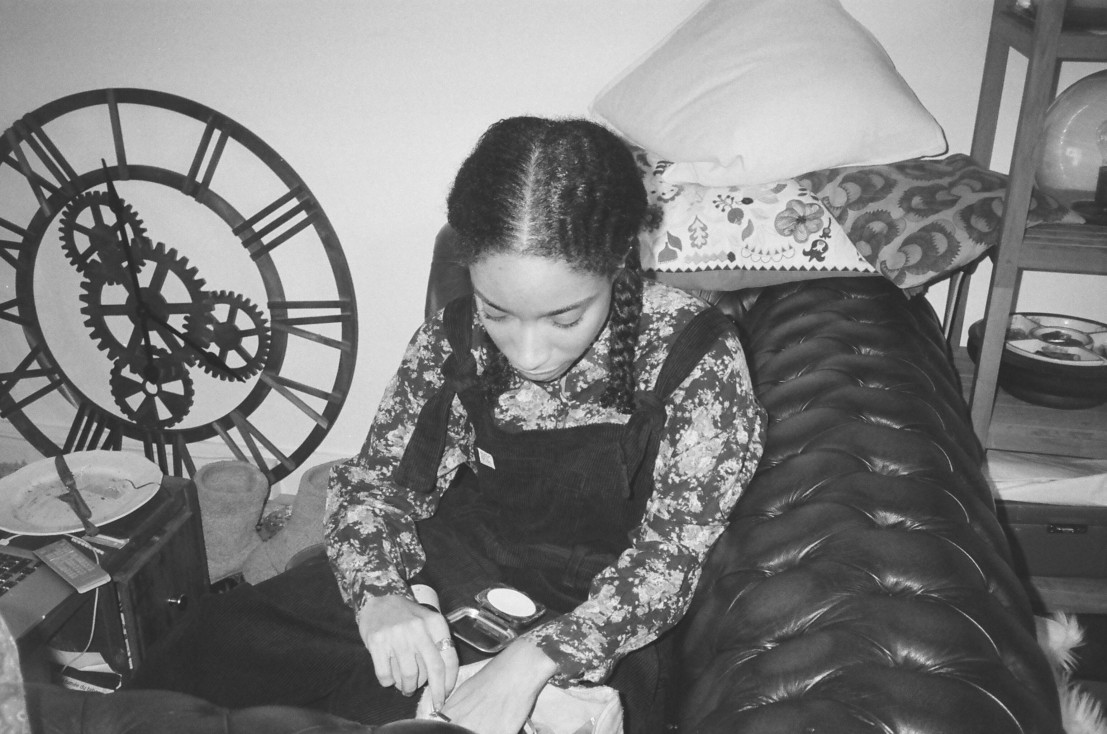 La Havas describes herself and her boyfriend as “vinyl nerds”, recommends the 1982 Hiroshi Satoh album This Boy and pauses our conversation to ask about the brand of record player I use. Going through old CD’s on a recent spring clean, she rediscovered the Kelis album Tasty: “One of the best albums ever! Kelis is one of the best ever! Also Laura Marling’s new album I just think it’s stunning, I’m a big Steve Lacy fan because he’s just fresh, and sickeningly young - doing what he wants, and everything he touches turns to gold. Also I’ve been falling in love again with that Tirzah album Devotion.”

Lianne La Havas was recorded in studios across Hackney, Peckham and South London. La Havas travelled to the studio of her “favourite, all-time OG” songwriting ally Matt Hales in Bath, and worked with Nick Hakim in New York, a place which seems to be both a second home and muse for La Havas: “New York is an interesting place to be alone, and I always get so inspired,” she says. “For each album there’s been a time where something’s happened and I’ve been in New York and it got on the album. Is Your Love Big Enough was written in New York about New York, and ‘Green and Gold’ came after I’d been in Jamaica then I went to New York and laid it down. I’ve gone there if I’ve needed to be alone - I’ve never planned on making music there but it just happens.”

Likewise, the new album wasn’t the result of five years of tinkering, but rather a quick rush of inspiration which came all at once last year. The record was recorded between June and December 2019 with her band, and the ice was broken by finally recording her lauded cover of Radiohead’s “Weird Fishes”. To see a cover at the centre of an album in 2020 feels strikingly old school, but - as with the 2013 Glastonbury debut of the rendition, which now has over a million YouTube views - La Havas makes the song entirely her own, smoothing out Yorke’s vocals and slowing the track to a moment of a-cappella calm before the band ramps up to an exhilarating finale. 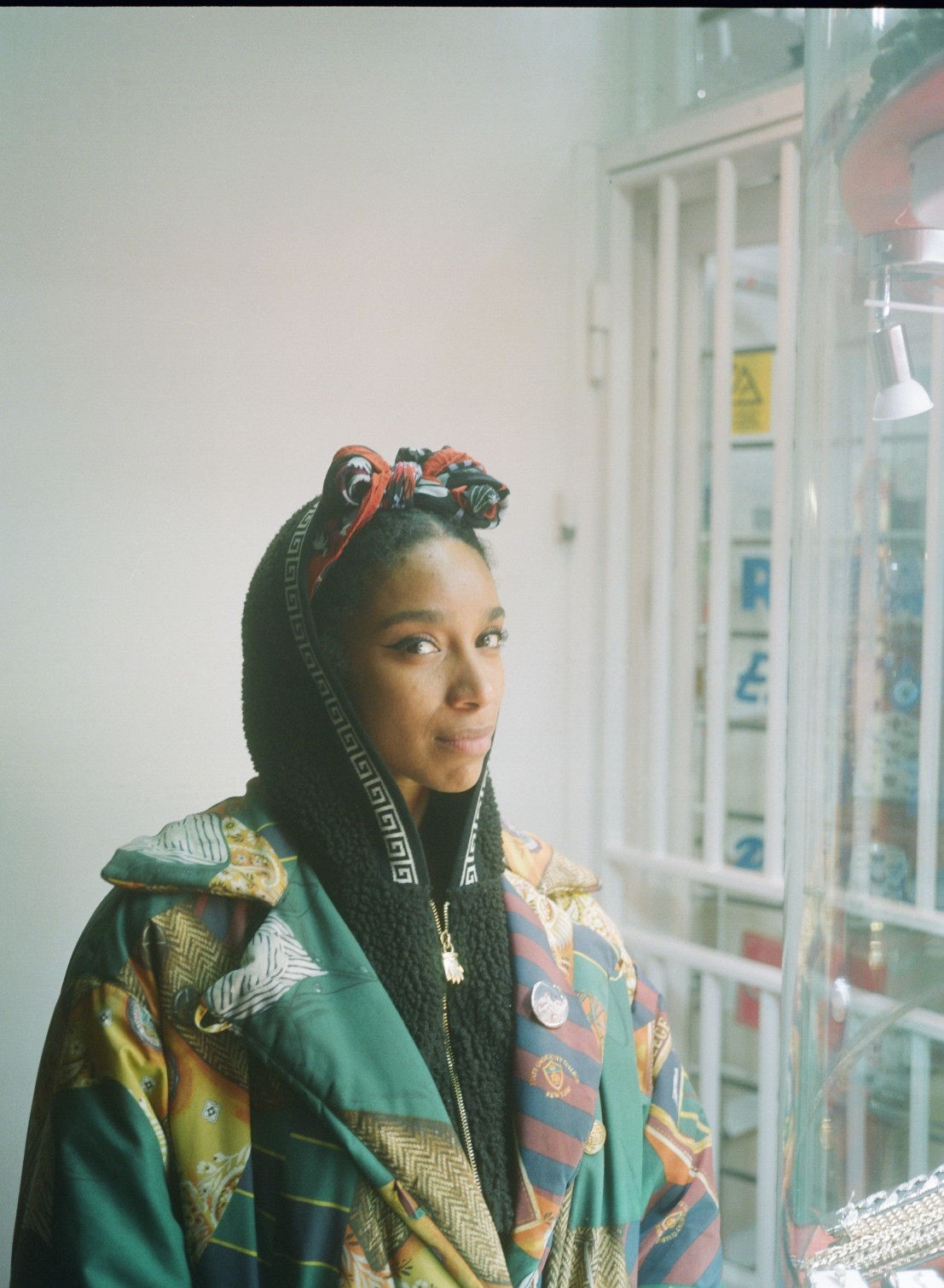 As with her first two record, La Havas doesn’t stray far from the subject of love, but her perspective on the well-trodden lyrical ground remains refreshing. One of Blood’s stand-outs “What You Don’t Do” - which she describes as “an un-love song” - dismisses grand gestures and glorifies small, everyday moments of solidarity which often go unmentioned despite signifying the most: “the real stuff, you know, the way that you actually know”.

She’s finding new ways of painting romantic love as less grandiose, bringing it closer to the authentic feeling of building a relationship with a person and matching it with sweet instrumentation which feels inherently amorous. On “Read My Mind” she sings “it’s love / nothing more / what are you waiting for”.

“I guess that was an attempt to represent the simplicity of the feeling I’m describing,” she tells me. “The initial infatuation with a person I actually think is really easy and really simple. Then it’s the rest of it, that’s a bit harder”.

Under the circumstances of a once-in-a-century pandemic, those of us in less immediate danger have had to quickly gauge new levels of appropriateness. What’s appropriate to worry about? To complain about? For the artist, there’s the question of whether it’s appropriate to keep releasing at all. La Havas, whose first single from the new record was released just as COVID-19 was taking hold of several nations - has clearly gone back and forth on this: “‘Bittersweet’ was meant to come out in January... the label had all these ideas like doing a COLORS session and then suddenly… nobody’s going anywhere.

“It’s been quite a rollercoaster emotionally. I go through phases of, ‘I just want to put it out!’ but then I think that I’m not important enough and I don’t want to seem out of touch with what’s going on, because I am actually so aware and have to stop myself from watching the news constantly. I’d be interested to speak to other artists about how they feel about it all.”

We speak about the various stances musicians have taken already; from Nick Cave writing that he didn’t think it right to continue creating at all, to Charli XCX writing, recording and releasing an album from scratch when lockdown began. “I was going to say actually that I continue to be inspired by the inventiveness of artists at this time,” La Havas says. “They’re drawing, teaching us their songs… they’re talking to us more. There’s a lot of unusual positives, but it’s also down to how you feel. If you’re a musician and it doesn’t feel right for you to do an Instagram Live then it’s not gonna come across right. That’s why I took my time joining in”.

Lianne La Havas is released on 17 July via Nonesuch