Born from a desire to do her own thing, Kent-based singer-songwriter Josie Man has created her own place in pop.

Self-described as a twenty-one year old Pieces, Year of the Tiger, Daughter of Orpington and Hong Kong, Josie Man is creating her own brand of ‘identity pop’ thick in idiosyncratic style and honest sentiment.

Growing up, Man was surrounded by music, from loud car journeys to bedroom dance routine soundtracks. From a young age she was exposed to a rich mix of current and classic pop, which she reflects on with a warm smile across our Zoom call. “I didn't grow up with a massive musical background, but we just loved listening to really loud music on holiday, like in the car and stuff, she says. “It was literally anything from Avril Lavigne and Rihanna to The BeeGees, Marvin Gaye, things like that. Like even to this day, we’ll have the speaker on and we’ll just have the best time.”

Man learnt piano and guitar, her parents supporting her musical endeavors. “Whatever any of me and my sisters want to do, they'll support us all the way. So I'm really lucky in that way, that they were never like, ‘OK, well why don't you try this, just in case,’” she explains. “They always were just like, ‘That's what you want to do, we'll get you a £10 guitar and you can just play in your room.’ And I think that's where having the support for my family was kind of like, ‘OK, I’m allowed to do this, I'm allowed to make music and it to be my thing that I want to do.’” 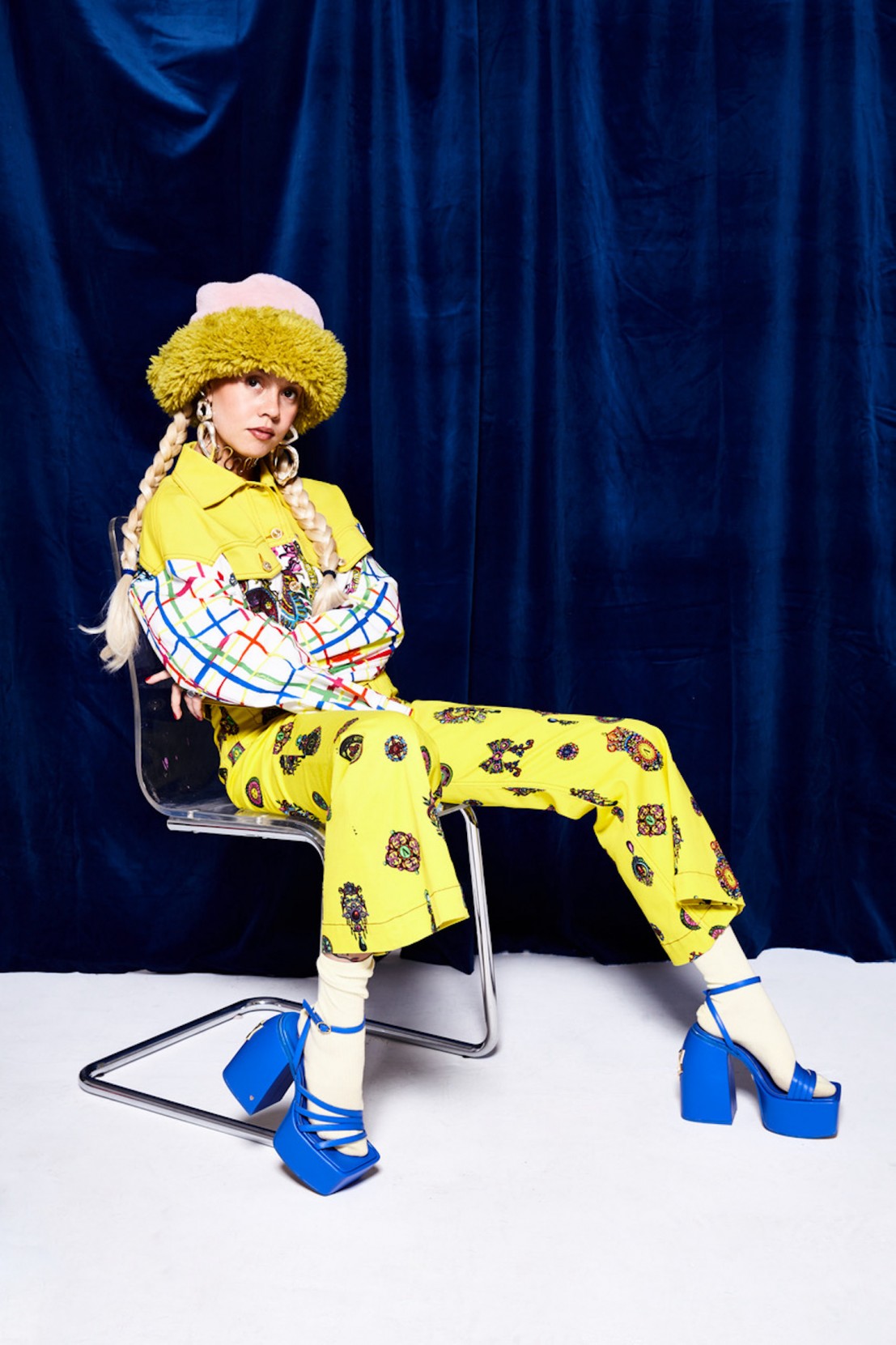 Although she studied at a music college in Kent, Man credits her musical abilities to her own ear, picking things up and learning off her own back. “I don't know any theory or anything like that. I just know from ear,” she explains. “I used to play a lot of Rihanna, like the old Rihanna stuff, like ''Rehab”. But also, when you go on to YouTube, they've got like, a sequence that you can use for loads of different songs. So I started off with literally four chords, and then I just learnt more.”

It was playing with a local band from Sevenoaks which first inspired Man to start her own project. “I would do live things and I’d kind of just be on the side. It just felt a little bit embarrassing to stand there whilst they were doing their thing,” she laughs.

Man began posting videos of her singing to Instagram, quickly finding a manager. From there her career accelerated, signing with Sony imprint Promised Land Recordings, landing in writing sessions. The sessions introduced her to a new way of working, to which she adapted with surprising ease. “It's such a safe space, usually. You meet someone for the first time and then by the end of it they know literally, about your whole life. I'm quite open like that. I don't mind that,” she smiles.

From those sessions came a run of striking pop singles, full of Man’s imagery-laden lyricism, quick pop hooks and vibrant personality. “I was writing with Hannah Yadi and Josh Scarbrow, and the first day that we met, we wrote “Colours”. So we just instantly clicked really well,” she says. “We still see each other all the time. We talk all the time. So they helped me become really comfortable making music because I was surrounded by such kind people, and Hannah's literally like my mum.” 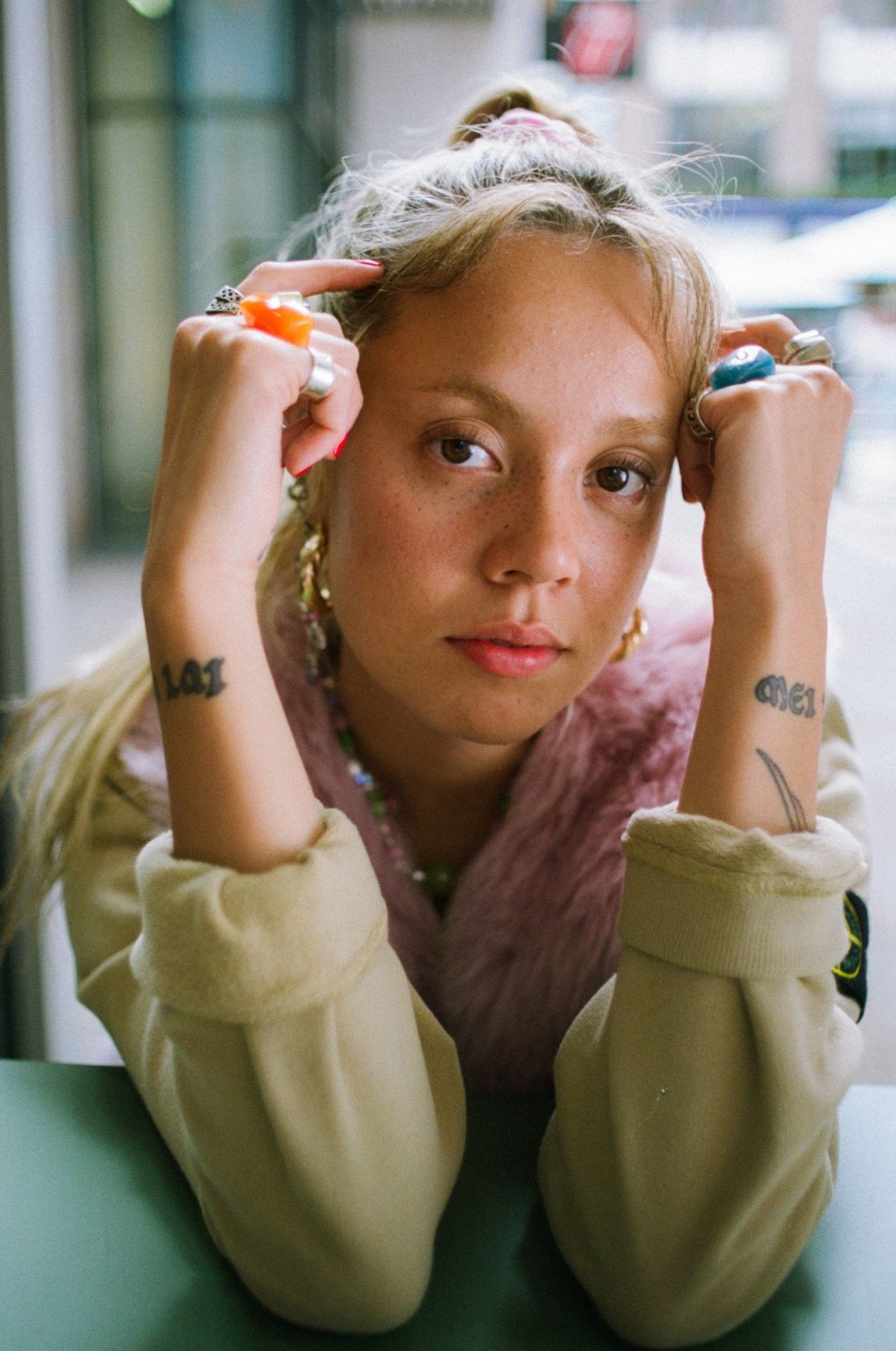 It was through the process of writing and beginning to feel comfortable with her own creativity that Man coined the term ‘identity pop’ for her music. “People would always ask me, ‘What's your genre?’ And I'd be like, ‘I actually don't know,’” she grins, “Then I realised that it's basically just me as a human, in a music form. So it's kind of like my identity and how I am, just expressed in a musical way. Because then it means that it's not tied into one genre. It can be dancey and upbeat, and then it can also be quite sad. But because it's part of me, it makes sense and it all ties together.”

Tracks like “Baby Pink & Blue” and “Grow” reflect her character with their bright, vocal-led melodies, inventive production and diverse dynamics. For Man, writing and releasing music across the past couple of years has been as much a journey of self-discovery as a professional endeavor, and one she unpicks with the more experience she gathers. “I did feel quite overwhelmed,” she admits, looking back. “With the new music that's coming out, because I feel comfortable with me, and I feel more comfortable as it goes on, I'm really excited for that. It's come because it's come naturally, because I haven't felt pressured. No one’s asking me, ‘Oh, where's your music?’”

On new single “Stormy Skies” Man further flexes her lyrical vulnerability and soft vocals across a cascade of skittering keys and beats. Equally uplifting and tender, it’s a sweet and sentimental ride through the identity-pop that only reinforces her warm character.

For Man, performing her music live has always been the cherry on top. She was just beginning to release singles when the pandemic hit, wiping her touring schedule and opportunities to connect with fans. “That was sad because I really love singing live. I got to do like two shows just as an artist on my own,” she says.

However, the break did allow Man a chance to refocus her energy on the music she was making, redirecting her efforts into releasing a consistent and accomplished string of singles. “Until the middle of the year, I was really burnt out and I don't think I actually realised it,” she explains. “It made me really sit back and think, ‘Oh my god, I'm actually not OK.’ So then I could actually relax for a bit and know that there's no pressure for me to do things because we can't really do them. There's no pressure for me to be this massive star when it's kind of impossible.”

As the UK opens back up, Man has been making the most of her new-found freedoms, playing everything from a headline slot on the BBC Introducing Stage at Reading & Leeds, to a Fiorucci store opening. “It feels amazing to be playing again, that’s the part I love the most, it’s like the physical part of music,” she smiles. “Music brings people together and that’s a life goal of mine. Seeing people smile and sing honestly fills my heart with complete joy. I can’t wait to do more!”

"Stormy Skies (Diamonds)" is out now