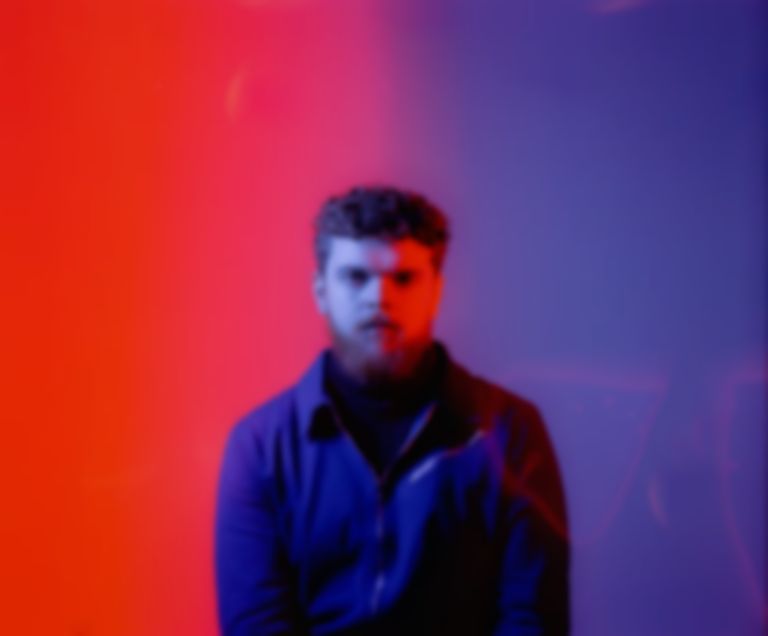 “I refer to it as being the greatest body of work I’ve ever written, out of the two bodies of work I made; but I constantly live in that Schrödinger’s box state whereof: Is this the best thing I ever made or the worst thing I’ve ever made?”

Jack Garratt is chewing over his own opinion of his forthcoming album Love, Death And Dancing.

The British musician is teetering on the cusp of what some might consider an unenviable task; following up a smashing debut album which broke your name and talent to the world.

Phase, released back in 2016, is surely one of the more successful UK debuts of the past decade. Most of his press credentials include how it won the Brit Critic’s Choice prize alongside placement on BBC’s Sound Of 2016, and how only three other artists have done that, but that’s the sort of banal praise which immediately draws a line through the individual brilliance of what was an entirely self-written, produced and performed debut outing.

Four long years lie between the critical and commercial success of Phase and the release of Love, Death & Dancing. Many aspiring artists would dream about their first body of work being so well received; international headline tours, festivals and TV appearances...

The reality was rather different from the expectation. Garratt’s struggles with his mental health during what should have been a celebration lap were crippling. Culminating in an agonising, but ultimately fruitful two and a half year hiatus away from the industry and the public eye.

"I care so much about the music that I make. I always have done...These pieces, whether they be entertainment or art, these are pieces of me that I forge and I give to other people."

The artist we hear on the new album is a different man to the one on the debut. “Better” one of the lead singles released in the LP’s anticipation, is telling of the duelling forces in Garratt’s anima.

On the one hand, a voice repeats: “Hey, I think you're really cool / I like you a lot” incessantly voicing a surface level ego validation — wish fulfilment. This voice is filtered and pitched, giving it a robotic, artificial sound. Garratt’s opening verse, with an organic timbre, tells a different story: “Something's telling me to hurt myself / Something's eating at me.” This is the countering diatribe, a duality ever-present in Garratt’s new album.

This is no accident. Everything you hear on Garratt’s work is calculated and orchestrated. “I care so much about the music that I make. I always have done...These pieces, whether they be entertainment or art, these are pieces of me that I forge and I give to other people. ‘Cause I also give them to myself, it’s a very complicated very strange relationship that I have with myself when I’m making art and when I’m making music. I’m very aware that ultimately my goal for it is to be shared, I want other people to hear it. I want other people to be able to enjoy it in the way that I have. I want people to have the opportunity to experience the music that I make in the way that I experienced it when I was making it.”

A self-described “perfectionist who doesn’t believe in perfection,” Garratt has worked on some of the material on the new record for over four years. The insights he provides into his creative process are enlightening and inspiring, if not a little intimidating.

On a good day, Garratt’s creative process begins by “sitting down with a coffee and going to my work station at 11 and suddenly it’s 10 o'clock in the evening. And I’ve not drunk anything and I've not eaten any food, and it’s so bad for me and so unhealthy, and I do not take pride in treating my body with disrespect.”

That flow state has its own positives and negatives. As outlined above, Garratt will often drift for hours upon hours, washed away in a tide of inspiration. That comes at a cost, often as detrimental to one's own physical wellbeing as it might be beneficial to the mind. “It’s actually usually my wife who tells me to leave the room and come back to the kitchen. She encourages me not to surround myself with actual physical manifestations of my lack of creativity. She’s very good at helping me. ‘No go and sit down, go for a walk. Have you eaten yet today?’ She’s very good at reminding me to be human.”

Garratt’s wife is not the only source of support he speaks of glowingly. Those who followed his career early on might be a little caught out by this. His press line always included a tidbit on having written, produced and performed everything on Phase entirely on his own. His experiences over the past four years, including a change in management and the decision to work collaboratively with outside forces on the new album, seem to have gifted Garratt with a newfound appreciation for collaboration.

“It affected [the album] by making the songs better. I’ve been so fearful of collaboration because I always feel like it's forced. And again, this is a very collaborative record for me; but I still only created and worked with four people— myself, James Flannigan, Jackknife Lee and Henry Brill. Those are the four you will find on the songwriting credits….I was able to have a vision and I was able to work towards that; making that a reality with other people who also wanted to make it.” 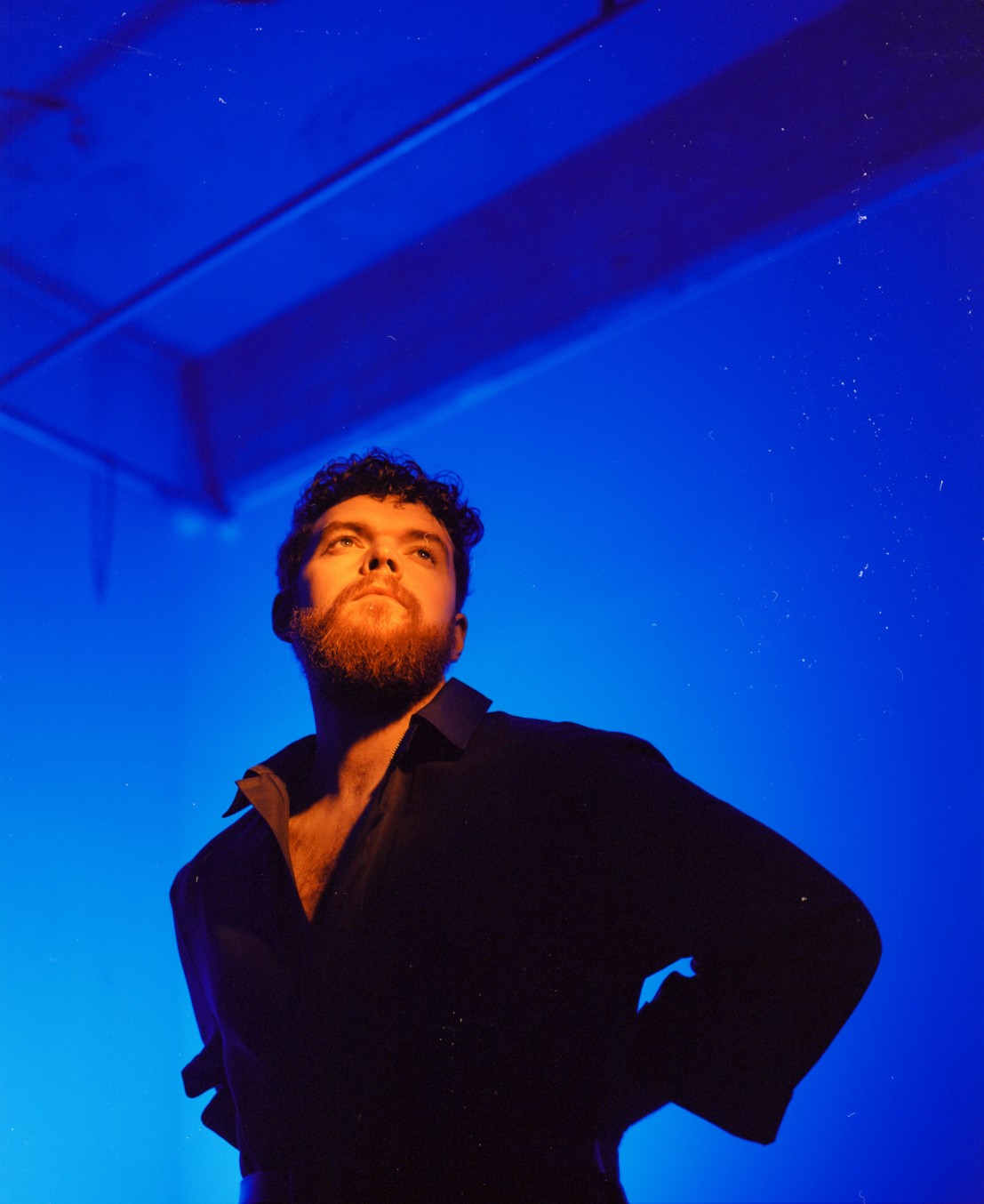 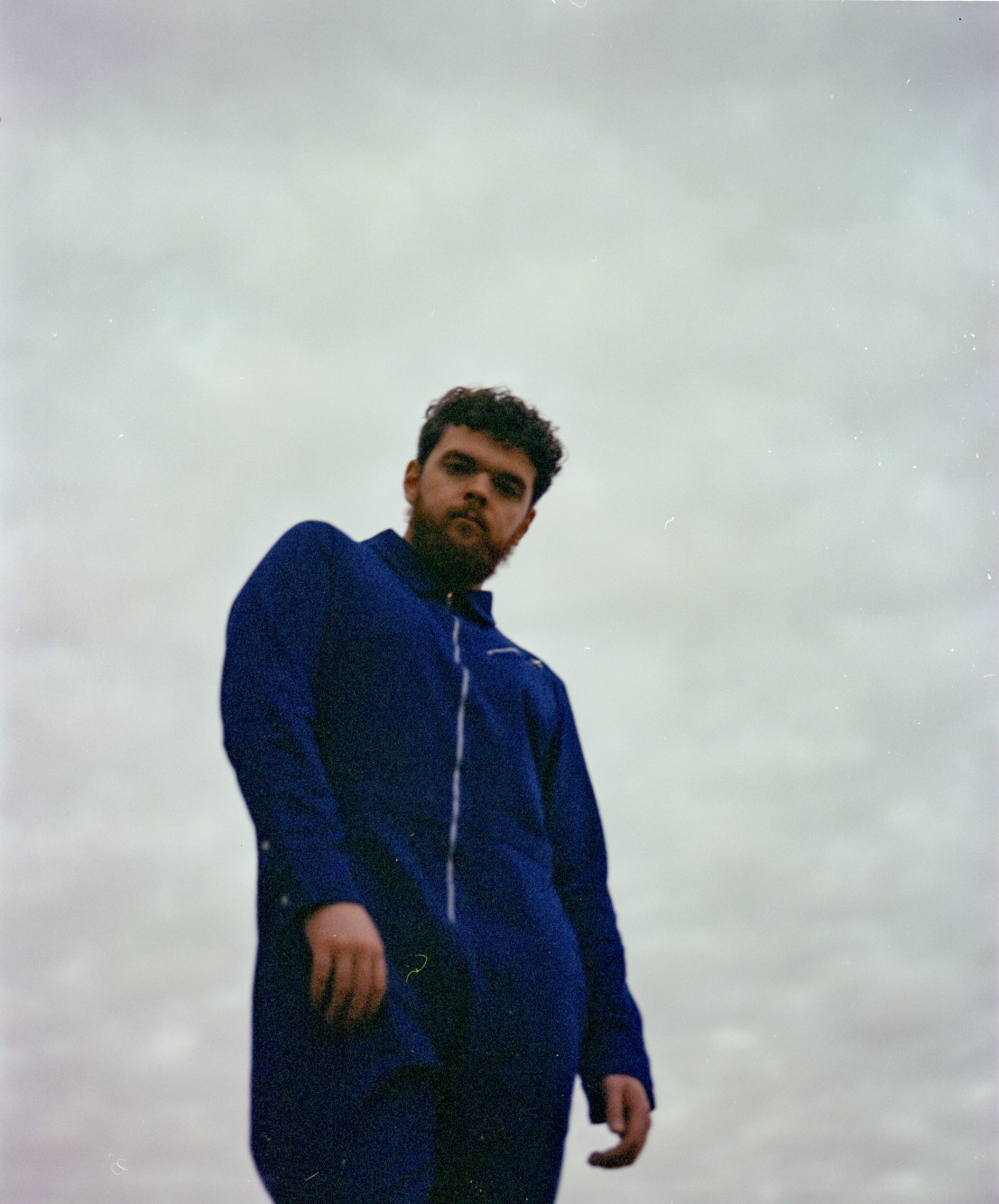 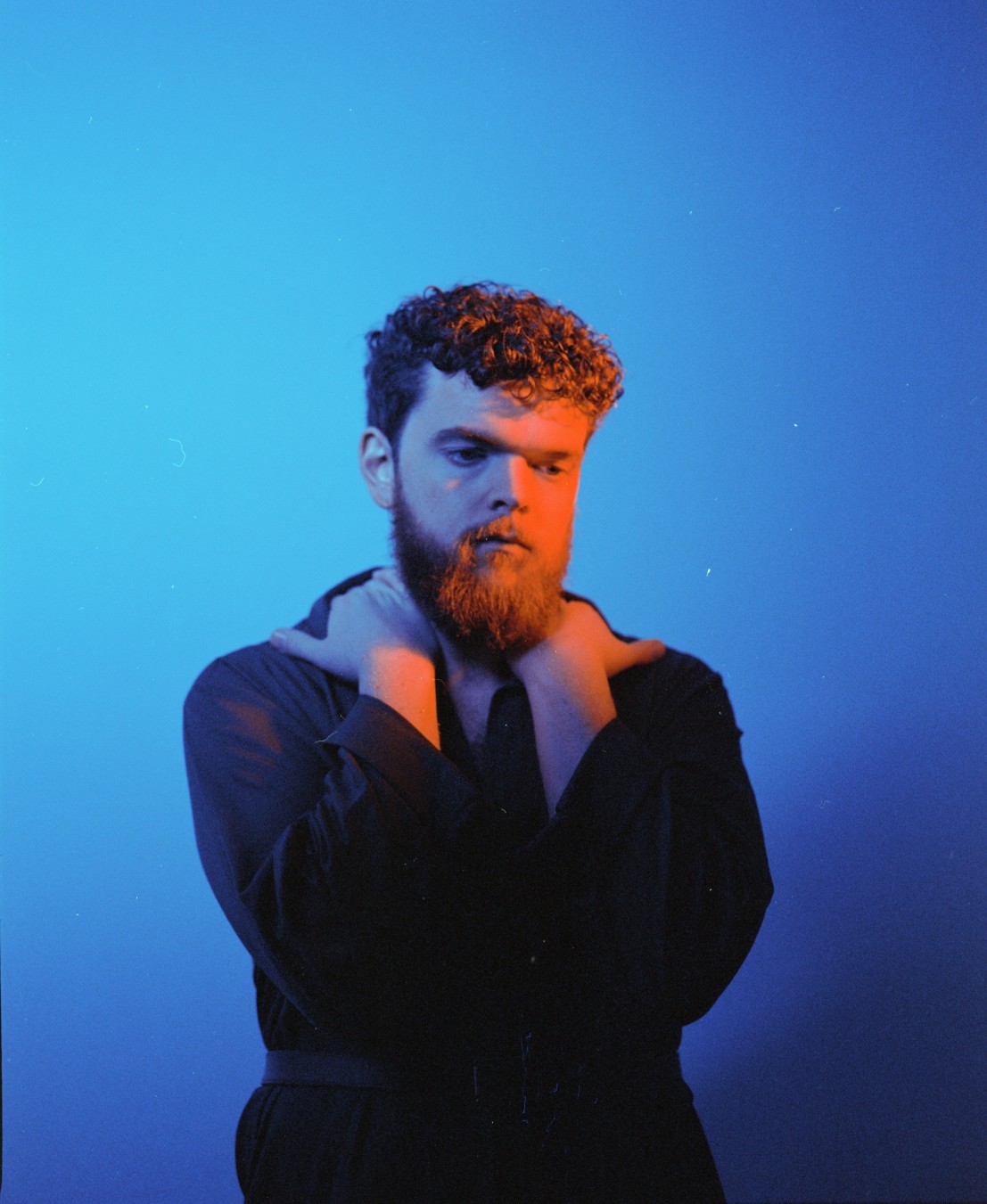 Garratt actually displays a real ‘it takes a village’ ethos about his newest work, one that extends beyond the music itself. When asked about whether he’d worried if COVID-19 might affect the reception and traction his new album might receive he cites the calming influence of the team around him.

“I had a chat with my manager in the UK, Adam. We had the chat and he was very matter of fact about it, very frank. He told me all of the information that he’d been researching. He’s good at his job so he’s been going through all the numbers and looking at the way that consumer behaviour, for example, has changed so dramatically over the last month because of what’s been going on. He’s been looking at the numbers and his advice was ultimately ‘I don’t think we should change it, we’ve got a really fucking good album that we’re all proud of and we want people to hear it and I don’t think releasing it around the time we’d originally planned to is gonna have a great effect on whether people listen to it or not.’”

The evolution Garratt has undergone, both personally and creatively, is evident in the sublime end product of Love, Death & Dancing. He has ascribed a tagline to the album: “I wrote this album as someone, and for anyone, who likes dancing but doesn’t necessarily want to go out on a Saturday. It’s dance music for people who don’t want to go out."

However, that’s really only a fraction of the full story. It’s true that some of the more electronically centred arrangements on the LP would make an ideal soundtrack for any choreographed dancing in your bedroom routine, but the lyrical content speaks to something altogether different.

Love, Death & Dancing offers little closure around the topic of mental health and the journey it forces individuals to undergo. It’s a story of a work in progress, moments of elation and despair that Garratt doesn’t try to equate or tie off, loose ends abound.

This was intentional. Working with Henry Brill on the lyrics, someone Garratt refers to as “the best lyricist in the world, hands down, scientists can prove it with science,” Garratt exchanged emails back and forth for months, altering and honing lines until they contained the bare honest truth, bereft of fluffy metaphor or overly poetic diction.

Honesty was the paramount aspiration of Love, Death & Dancing. “For me, it was what the intentional goal was...The goal was just to be honest as I could — to not be overly hyperbolic, to put over metaphors and unnecessarily lyrics, to not overdo the musicality of it, to simply ask what the song wants from me and to offer that song it.”

"I find it very hard to refer to myself as an artist, I still find it hard to believe that people come to my sold-out show."

“Something I used to say a lot on the first record was like I don’t think anyone does own an idea. Ideas exist and they fly around us, they come to host when we are open and willing. And it’s a mutual relationship; a good idea has to want to come to me because I have to want it to come. I still think that’s true.” With this simple yet effective ethos, Garratt vetoed any personal ego, “I wanted to know that the ideas are coming from me cause I could give them what they wanted. The minute I opened myself up to doing that honestly, was the minute the ideas really started to flow.”

One might suspect that Garratt would be basking in confidence about his work and ability given the journey he’s endured to create and hone it. However, mirroring the open-ended narrative the lyrics on his new album present, Garratt’s own thought process is still conflicted. “I find it very hard to refer to myself as an artist, I still find it hard to believe that people come to my sold-out show. Knowing that I do experience — that there is a flow state I enter in—helps me leach a sort of creative forgiveness to myself. Well, you know, I can play the part of an artist, maybe.”

Our conversation ends on a genuinely positive note. Referring back to the idea of being in “a sort of Schroedinger’s box” mindstate about the quality of Love, Death & Dancing, Garratt offers a wonderful follow-up: “It can be those two things [his best and worst work to date] simultaneously, and I think it is important for me to remind myself of that and to live in that kind of state- just as long as that state doesn’t end up becoming controlling. Then it's just going to stop me from doing what I love which is making music.”

Love, Death & Dancing is out 12 June via Island Records