If you thought the beautiful Field of Reeds, the third studio album from Essex’s finest These New Puritans was an ambitious, orchestral work hopping through genres and never sounding forced, then you’re maybe not quite ready for the live version of that record.

E-X-P-A-N-D-E-D Live at the Barbican is, as it says on the tin, a live album taking all the songs from Field of Reeds, plus a couple of older songs (and a new one) and giving them the airing they have always deserved. Jack Barnett, his brother George and Thomas Hein are joined by jazz singer Elisa Rodrigues, strings and brass players – thirty five of them no less – plus electronics, smashing glass, the magnetic resonator piano and a choir of bass voices to create a sumptuous, layered and tumultuous listening experience that’s unlike the majority of live albums you’ve heard in your life.

Avant-garde, neoclassical, compositional…whatever it is, E-X-P-A-N-D-E-D amplifies and crystallises the songs from Field of Reeds; whether it’s the light and playful dolefulness of “Fragment Two” which soars and drops on piano and strings, or the incredible choral and brass miasma that is “Island”, Barnett and the players have created a document which could and should inspire other bands to take more risks with their music.

I ask Jack Barnett to take us back to the recording of Field of Reeds and whether he ever envisaged making something like E-X-P-A-N-D-E-D: “No,” is the affirmation. He continues: “but we did a similar thing a couple of years ago for the Hidden album, and the idea for that was originally just joking around and wondering how it would be possible to do a show like this. But we decided it was!” Clearly this project was a massive undertaking, from the initial song writing that became Field of Reeds down to performing it live at the Barbican, but what also proved to be time consuming and involving was the basic nuts and bolts of it all, the logistics and planning involved in bringing all these players together. This was something that Barnett was happy to get his teeth into: “That whole side of it is really interesting, I find,” he reveals. “Doing things like working out how different interconnecting parts come together, I just find it fascinating. Like when the music calls for smashing glass, how do I do that in a live context so that health and safety are happy! Which kinds of glass to use, or hiring different kinds of gongs.” Barnett continues to expand on how the choice of instrumentation, and where it came from, formed a vital part of the concert: “In Holland [for example], whether the venue can find a low C Thai nipple gong or whether we’ll have to drive it there from London, which we did!” It sounds like incredibly all-consuming stuff, does it not? Jack agrees: “All this stuff is involved in the work, as much as the arranging and writing and all that. If I was a fan, I’d want to know about that, not some rock and roll bullshit…I was joking that I was going to create spreadsheets and pie-charts based on all the musicians’ performances - performance analysis! Your G-sharp needs a bit of work, you’re 5% out…” It might sound like something of a joke, but Barnett has a point. There’s an integrity here that’s lacking in many live albums, and that appears to have been something he was keen to avoid: “I wanted it to be the complete opposite of a kind of cash-in rock live album, you know? It was such a huge project that we decided to document it with an album.” 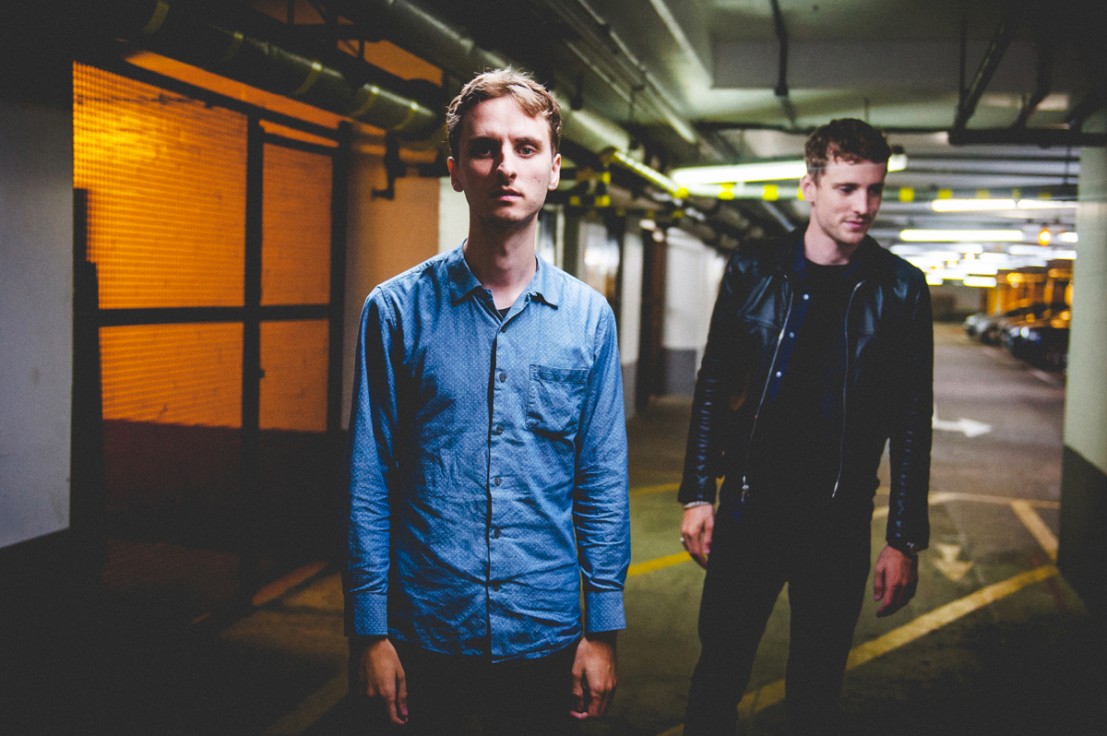 Barnett explains that E-X-P-A-N-D-E-D doesn’t really differ too much from Field of Reeds, in as much as he didn’t need to rewrite any parts to fit the cast of thousands: “It’s really the same instrumentation and arrangements which are on the album,” he reveals. “None of that has changed. It wasn’t like the instrumentation was chosen after the song was written; these songs as I was writing them demanded particular sounds…it might demand French horn, or it might demand piano, or smashing glass or some kind of electronic sound. I guess the thing is there’s no pre-existing band or unit to play this, so we had to invent a new one. So we had to get strings, a brass section, we got quite complicated live electronics hooked up that Tom [Hein] was playing; there would be smashing glass and we had this vocal group called Synergy who were a pleasure to work with, and they sang on the album as well. They specialise in non-vibrato style of singing; they’re kind of Steve Reich’s vocal group of choice and they do a lot of early music as well. They’re the best in the world and it’s a pleasure to work with people like that.”

And what of rehearsal and preparation time, did TNP have enough time to work with the musicians, even down to where they would set up on stage? “Well, I suppose I didn’t really have much to do with it [the organisational side] or come into contact with a whole team of people,” says Jack, “but George my brother is also involved with stuff like stage plans, lighting choices, what will work and what won’t. We had two days rehearsal, a day in the Barbican – which is a lot, you know. Most of that sort of thing is done in one day but we decided we needed the two days of rehearsal. If we did the performance many more times we could rehearse in one day.”

With so much instrumentation at play, Barnett and co have got quite the balancing act to perform. There are still vocal parts to think about, and I say to Jack that it must have been tricky trying to make sure his voice remained audible given he doesn’t rely on power when he sings…“Are you trying to say I can’t sing?” he laughs. Um, no, not quite…”Well, it’s not like I’m singing through the whole thing but I tend to think of a voice as one instrument among many. That’s why there’s not right up in the mix and swamping everything else.” Barnett explains that he didn’t single out the vocals for special treatment: “There are other voices as well, with Elisa [Rodrigues] singing….but the vocal parts that I sing, I can’t imagine anyone else singing. That’s why I sung them on the album; if I imagined someone else’s voice I would have got them to sing it. Like if I imagined a female voice, I got someone else to sing it. But there are some parts which are so close to me, emotional or whatever…they’re not just musical parts, they are parts of me.”

While he doesn’t conduct the concert at the Barbican, conductor Andre de Ridder did work on Field of Reeds with These New Puritans, and it seems like E-X-P-A-N-D-E-D wouldn’t have come about without his input. A veteran of collaborating with “rock” musicians such as Bryce Dessner of The National, Radiohead’s Jonny Greenwood and the Danish band Efterklang, de Ridder is someone who has a keen understanding of how compositional and traditional song writing can work together. Barnett agrees: “Yeah, he’s great; he has an ensemble, a music group, which is kind of unusual for someone like that. Calling them classical musicians doesn’t really do them justice; it’s a group of people who really get this music, it’s not just as simple as plucking a random bunch of people who are technically proficient; they have to understand the music and obviously get the arrangement but the most important part to understand is the part you can’t write down – that 5% is the most significant 5% really.” He goes on to explain just exactly why de Ridder was the perfect foil: “There are only contradictions between different types of music if you imagine there are,” says Barnett. “Also, he’s just got great ears, and watching him working with musicians is really educational and quite fun, you know. Generally if we were working on something, I’ll hear something that’s not quite right and the next time we play it nine times out of ten he’ll hear it and pick the same thing out.”

Given that there seems to be a lot more time afforded to compositional work, from the likes of the aforementioned Dessner and Greenwood to works being commissioned from Sufjan Stevens and Son Lux, I ask Jack if he believes listeners are becoming more receptive to compositional or classic works, that they’re no longer seen as stuffy or conservative “genres”….“To be honest I don’t see it as classical music,” he says. “Right when the album was first released there was a lot of stuff about classical music, which puts people off a lot of the time because it makes them think…no. Actually, really the only time the word classical comes into is when we need classical musicians to play a certain part.” 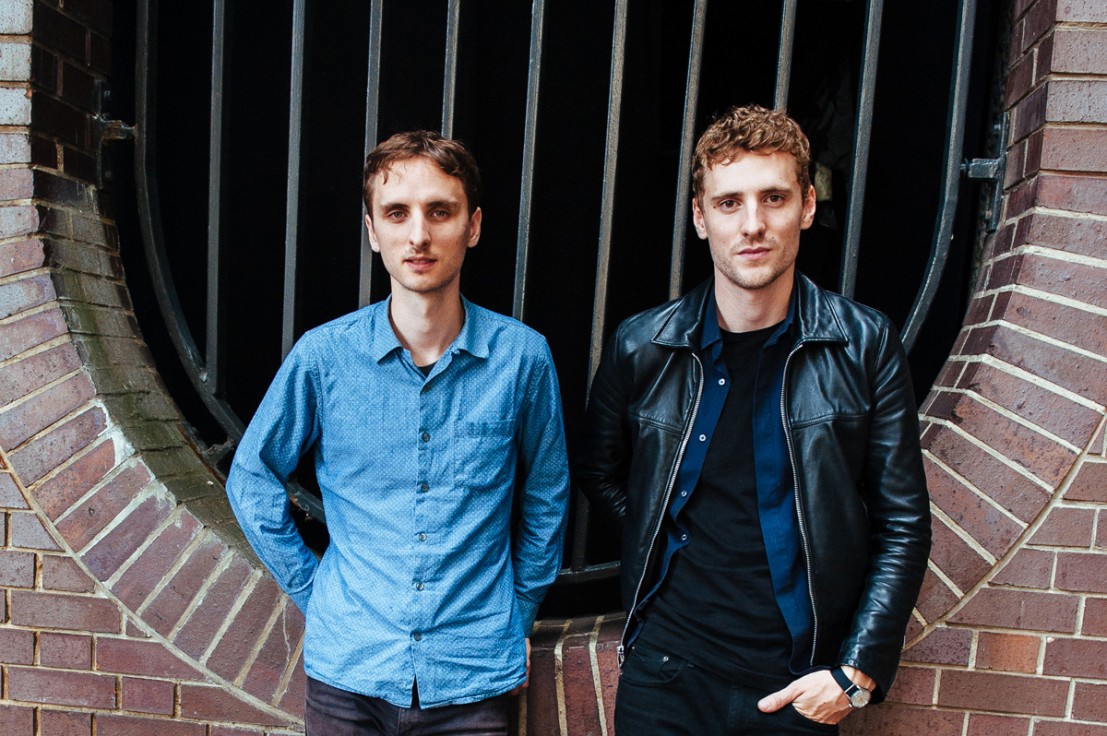 Given the undertaking and the time devoted to it, I wonder of how far reaching the impact of performing and writing in this way might be for These New Puritans; will it become a blueprint for the band? Barnett is unsure: “We never really know, we’re never certain! We’re always expanding and contracting…right now I don’t know. For all I know it’s [the next album] going to be country and western with guitar all over it….I couldn’t tell you! I suppose I don’t like to second guess myself; I think you have to completely abandon any idea of what you’re going to do in order to make anything with any kind of integrity or truthfulness…it’s more fun not knowing quite what you’re doing.”

A day or so after telling me this, Jack emails to add a little more to his answer about what the future holds for TNP: “I love playing these shows; we are going to do a couple more and they should be announced quite soon. If this kind of concert is what the music demands, then this is what the music demands. I feel like we can do things that not many other bands can do when it comes to these kinds of shows. Whether you think that’s a good thing or not is a matter of taste! Whatever we decide, I feel like the next lot of TNP music is going to be very different to Field of Reeds…”

Barnett reveals he’s been trying to write for the next record already: “I’m just starting to write stuff again,” he states. “There’s lots of recordings I’ve been making in the past year or so on my Dictaphone…mainly me mumbling at four in the morning with some load of nonsense. I wrote something down, wait….’the news never stops / just like the clocks and the cops’…that was a good one! [Barnett again emails to give me another example of some of his “mumblings”: “Hitler has his eyesight spat back”]. They are strange little epithets but amongst that there are interesting things we’re starting to work on. We’re thinking of moving to a different country to work on it because England is too expensive.” Where is he thinking of moving to? “California, Portugal or Germany - we narrowed it down to those three. Berlin is the place to be isn’t it? But that’s kind of the problem as well. I was thinking of moving to Tehran but then I heard that it’s illegal for women to sing in public…and that would be practically difficult because I want female singers on the new music. So that’d be tricky”.

E-X-P-A-N-D-E-D Live at the Barbican is out now. Photography by Gaelle Beri.