Five days before I meet her, Hazel Iris held her album launch at a grand church in the Square Mile: St Bartholomew-the-Great. This captivating opera singer from the Californian coast stood in the grand hall of the 13th-Century church to sing. Understandably, she was nervous. Even if there were centuries of history there to listen. Or maybe due to.

I meet Iris at The Cleveland Arms. It’s a stunning Edwardian pub in Paddington that’s been renovated from the ground up. These days, it far better resembles its glory days, quickly becoming a salon des artistes in one way or another than the shell it was five years ago. Rather 27 rue de Fleurus than Queen Vic. Seems only right we’re meeting here; a storyteller in a building so rife with history.

When we speak, she’s animated. Particularly in regards to the subject of that history. After all, not to be proseic about it, but story in French is histoire. "Maybe that’s part of what helps me write, here in London," she muses. "There is so much going on. So many generations and so many echoes of things happening. When you’re aware of your surroundings, there’s always a why and wherefore; who was here before, who wasn’t here before. There’s just a lot of information, and if you can hear it or imagine that it’s there, it really is there."

Born between Los Angeles and San Francisco, Iris studied music there before chasing love to the other side of the world. Germany, in fact. It was there she studied opera, undoubtedly honing her skills in music composition. “And I learned to speak the language,” she adds with a touch of laissez-faire, that is until I prod her into saying something to me in it and, while she does, when I ask her what she just said, she giggles charmingly and asks, “What should I say?”

As entrancing in person, as she is on stage, she pulls the sleeves of her turtleneck down over her hands and we chat a little about its name over this side of the pond. Is it a turtleneck? Is it a polo neck? Surely it’s turtle. And then we sip coffee. It’s chilly, but in the sense that it’s a day until actual-Halloween and we’re about to discuss a record inspired by California, clueless that in mere days, wildfires will spread across that very state.

Her debut album, Nine Sisters - a story of love, both to California and love itself - is named after a chain of volcanic mountains in San Luis Obispo County. Set between San Francisco and Los Angeles, the Sisters are a huge inspiration to Hazel Iris. A fourth-generation Californian, the way she speaks of her hometown makes me feel warmer and warmer, just by listening, and the material on the album, produced by Tom Biller, doesn’t shy away from the same. 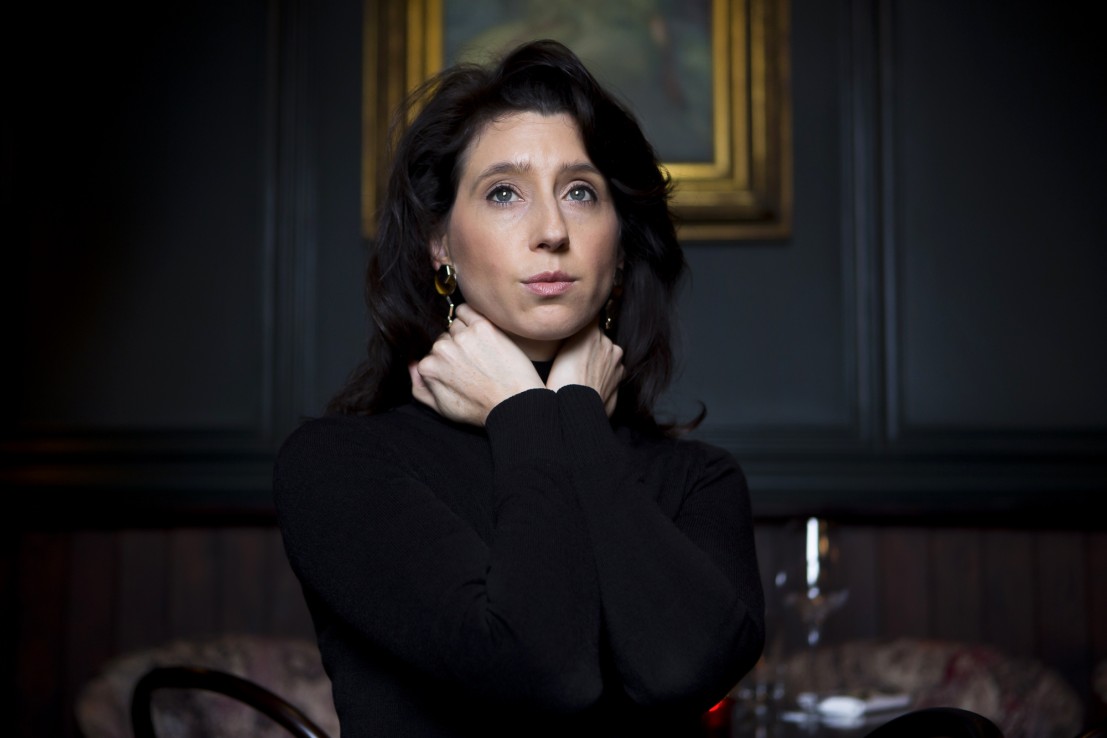 Both Iris and her songs bring Central California to life for a kid from the Norwegian-wind-catching-north of England. Nine Sisters was also recorded in Los Angeles and, while she spent time crashing on friends’ couches, she tried to visit everywhere that inspires her from the deserts to the oceans. "I was thinking about home, so I knew as soon as I got the chance to record it, I wanted to go back home to do it." Oh, "And there’s also the old Los Angeles City Zoo!"

"It's kind of nestled off in a funny place. I almost missed my turn off for it, but when I found it, it as really spooky. It was around Halloween time and they were setting up some other attractions in the area, but all the old cages and fences are still there," she tells me. "I got spooked really easily, so I didn't stay for all that long. There's this certain kind of light. It's in this valley nestled in these hills and there are certain sounds and feelings. You know, if the wind is coming in the wrong way..."

Spooked though she might have been, it’s at times like the day in the old city zoo that inspire the artist in her. "It’ll just kind of come to me," she says of inspiration. "I space out quite a lot. I’ve always been off-with-the-fairies kind of thing, like, lights are on but nobody’s home." She laughs. "You just have to try and capture it and remember it. Even if it’s on iPhone, like “This is what I’m feeling right now” to try and not forget it."

To Iris, for Nine Sisters, the landscapes are the characters; the trees and every contour of every valley. “I wanted it to be clear that these characters, the Nine Sisters, were related. Mother Nature’s children or just all of that. That they are landscapes features, which in so many cultures are alive, which do have a spirit and a soul.”

As well as a perpetual longing for the scenic landscapes of home, she also speaks of those cultures; of the First Nations who came before. In the booklet that is available to purchase alongside the album, there are vignettes that belong to and complement each song. As a sucker for a Hazel Iris story, I ask her about the Chumash - the First Nations people that once roamed those mountain tops.

It all starts, she tells me, with a man named Father Serra. “He brought conquistadors with him and they absolutely obliterated the local native population quite quickly.” The rare few whose lives weren’t lost were forced into the labor of a life that was entirely foreign to them. “The Chumash lived in quite an egalitarian society where women didn’t necessarily have to be with one partner. It was communal, just this amazing society where everyone respected each another.” 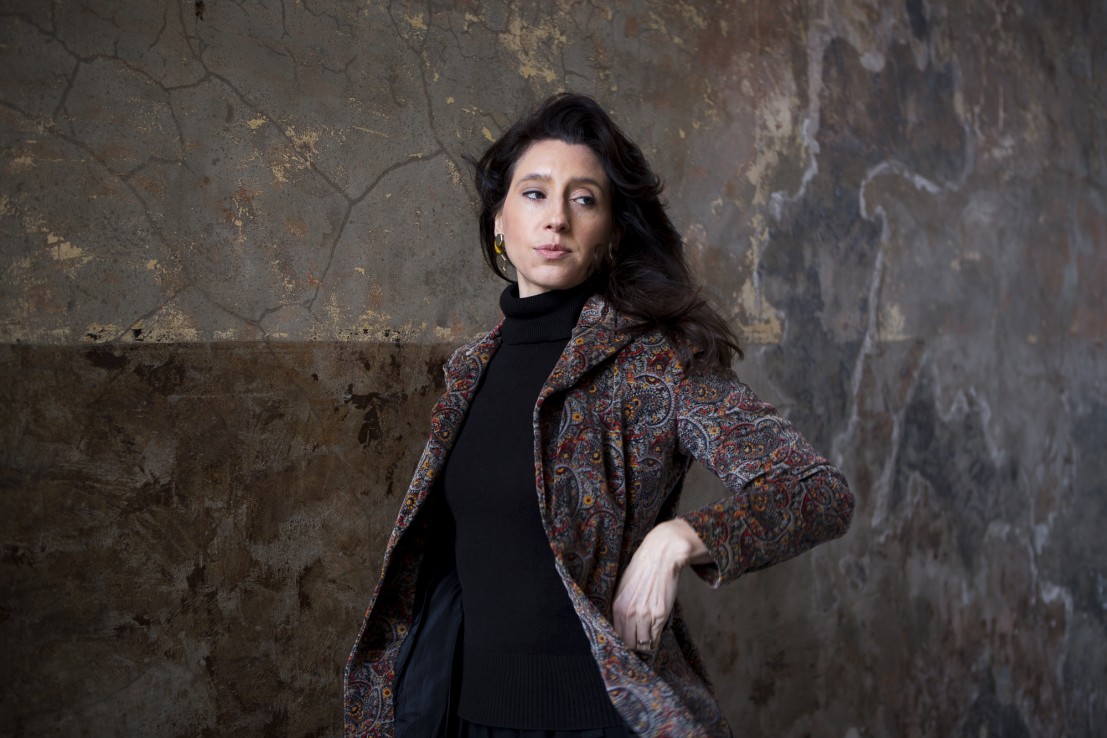 “I can’t speak with too much authority because it’s something that I don’t know enough about, but there’s definitely a deep spirituality,” she continues almost apologetically. “There are animals that are no longer roaming our hills because they were completely obliterated, almost like those First Nations.”

Regardles of the ruthless greed of humanity, old and new, Hazel Iris is confident that the spirituality lives on throughout the kelp forests and giant redwoods of the Nine Sisters that brought us here today. “It’s the tree spirits.”

I have to wonder whether or not those tree spirits have a hand in creativity or not, and although I brought it up, my coffee had run dry and I was far too involved in this brand new, wholly-living record by this warm, giving, wholly-living artist. Nine Sisters, the album, is full of other stories. With the tree spirits and landscapes all pitching into tracks such as "Volcano" which is the Sisters and "A Prince" which is the kelp forests off the coast.

“They’re all endangered landscapes, because there’s always someone trying to come and ruin it or pick off this or pick up that.” Like the bears and the Chumash and those bodies beneath the Square Mile and we can’t even begin to know what else, where. “I wanted to have a sense of spirituality, as well as making sure we preserve these things.”

Over her time in California for the album - between visits to the wild coastal area around the Sutro baths or the old cages in the zoo - Hazel Iris got to record in Sunset Sound. The Sunset Sound. The Prince Purple Rain and The Doors Sunset Sound. “From what I understand, it was originally owned by Disney in the ’60s,” her face lights up to put a finer point on this with the magic words: “And Julie Andrews recorded all the vocals for Mary Poppins there.” 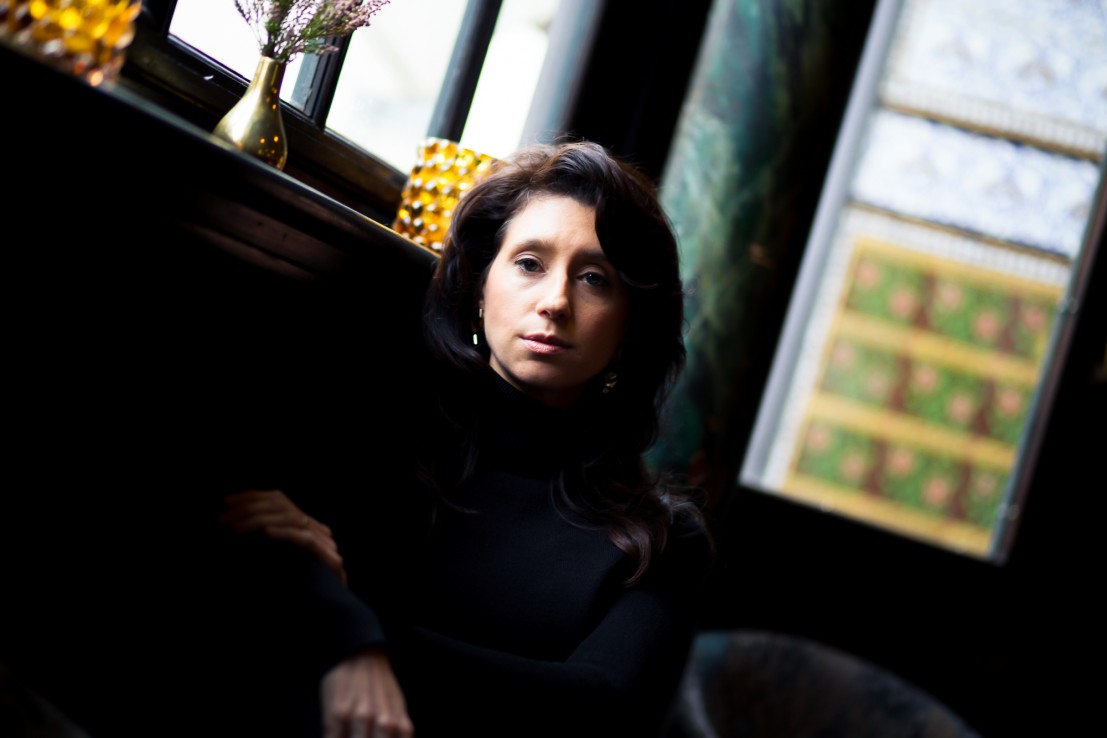 All of this happened because of a leap of faith she’d taken in emailing her demos around to producers she admired. That was when Tom Biller came into the picture and, by extension, the Mary Poppins Studio, of which it should now be known in your mind. In a total of four days, the Nine Sisters demos became the Nine Sisters album. Although the transferance from the classical world of vocal projection and the contemporary world of microphone and wires took a little adjusting, the finished project is of the divine.

All of this has only made her more confident that this is what she’s supposed to be doing, but she’s also fully conscious of the fact that she wants to keep on growing and developing as an artist. “I’d like to do it in different ways,” she muses a little on the future of Hazel Iris, the Nine Sisters, and beyond. The fact that she’s already had the commedia dell’arte-stylings of Wondering Hands Theatre’s puppet cabaret at the album’s opening night only provides more promise of this artistic growth. "It’s pretty crazy what you can do with only 12 tones and all the different rhythms and things. I hope that humanity can always just keep stretching and rediscovering."

"I’m still discovering myself, because I never grew up thinking, “I want to do this or that." I just really like performing. I like using traditional instruments as well as new ones. I’m not interested in writing about day-to-day things like heartbreak. I like to find deeper things to express. I think we just do the best we can, or just what comes from inside. These things always spiral together, like little whirlwinds going down the road.”

Besides, I say, there are plenty of male singer-songwriters out there who are making bank from writing about heartbreak. They can get on with it. Where Hazel Iris is concerned, her musical influences teeter more on the topic of feeling; unsurprising if you’ve listened to any of the tracks on Nine Sisters. Yusef Lateef and Stravinsky both come up. Furthermore, her Midnight in Paris-scenario would involve Ancient Greece, “and Monteverdi coming up with the birthtime of opera because it reflected the Ancient Greek theatre."

Oh, and the Belle Époque, on which she meditates, “I always wanted to look like a Mucha painting.”

The future is bright for Hazel Iris, but that’s because of the spark that’s ignited inside of her. This spark is what provokes her to tell her stories, to make them up, to go on adventures to sought out the seven noses of Soho.

“We should always have a moment to lose ourselves,” she insists, finding no argument from my side of the table. It’s also what she wants for people when they listen to the album. “"I would hope that people could just feel a safe moment to retract if they needed to, or to space out or relax, or to feel happy or sad or mystical.”

"It’s all just a tapestry of life. History repeats itself, no matter what era or what geographical region it’s from. I’d like to think it’s like a huge carpet that’s being woven together that at some point would make sense.”

Until it does, however, we’ll always have Hazel Iris and the Nine Sisters.