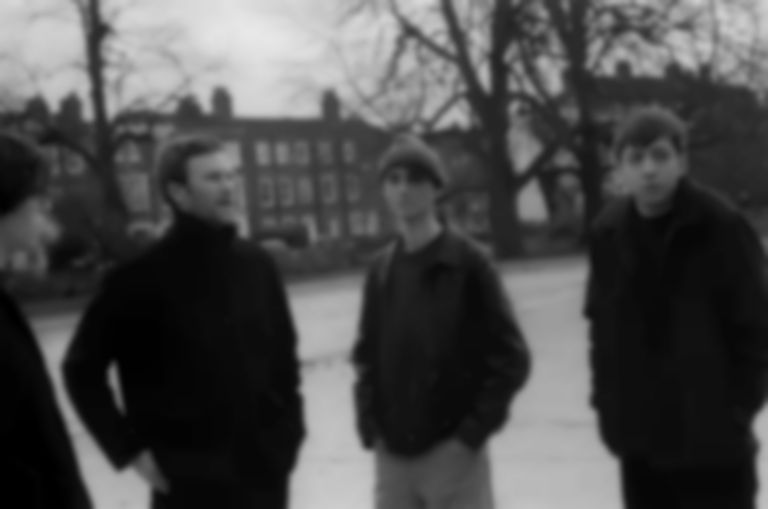 Anyone familiar with Gengahr’s discography will agree that they are unrecognisable on their new album.

There is an earnestness and emotional rawness that is startling and uncharacteristic of their previous work. But there have been clues to their capacity for sensitivity before. Where the Wilderness Grows and A Dream Outside both carry gentle and ethereal melodies that allude to a flair for mood. It was only a matter of time before the lyrics began to stir the listener in the same way.

"I wanted it to be more personal as it was something I hadn’t done before," frontman and guitarist, Felix Bushe tells me as we sit in a pub in Stoke Newington not far from his house. His dog rests on the carpet under the table, his fur as fuzzy as a teddy bear, his demeanour as gentle as his owner’s. "It was just a case of why not now, if you’re gonna make things personal this is probably a good time to do it. It was a very difficult time and I wasn’t sure if I would ever release the music. There was an element of catharsis to the whole thing and the therapy of songwriting [was] helpful."

"I guess it’s part of that age old thing," he continues, "where the stronger the emotion the stronger the songs. There are beautiful whimsical songs that have been written but generally it’s the powerful ones that are the most moving." 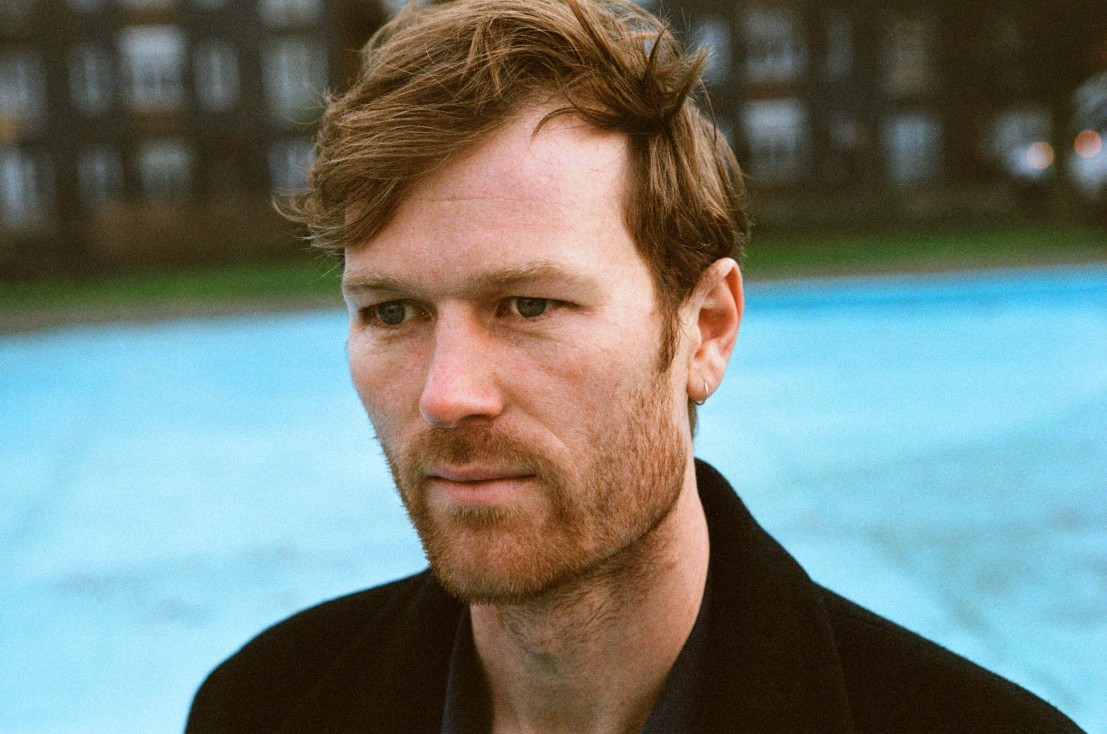 Listening to Sanctuary is akin to receiving a strong blow to the stomach. The earnestness with which Bushe communicates his pain - the loss of his mother, and the difficulty of being far from his wife (she resides in Australia, while he remains in the UK) - is at times a hard listen but somehow still beautiful, the sweet pop melodies working with and against the dark urgent guitar. In the lead up to the interview, the album begins to soundtrack my own grief, as I deal with the loss of my nan, as she lies sick in a hospital bed. I spend hours listening to "Everything & More" on repeat, waiting for updates from my mum on the phone. The song mirrors the strange melancholia of grief, the joy of the memories, but the overwhelming flood of loss, the aching emptiness.

My nan passes only a few hours before I meet with Bushe, but I can’t tell him this. And I feel a strange sense of admiration towards him for being able to discuss his pain so openly, to be willing to sing about it in front of large crowds of people. In that moment, to discuss the death of my nan outside of my family and close friends makes me feel physically sick. I ask how that feels to reveal himself in that way to people, if it frightens him at all?

"I’m always worried that I’ll end up crying on stage…I’ve definitely woken up in cold seats thinking about that multiple times. It’s part of the reason why I’ve always shied away from it in the first place, it’s tough enough to talk about those things let alone sing about them in front of a crowded room full of people…but then I hope that people can take ownership of it themselves.

"The one ambition was to try and turn something negative into something positive so that’s the overriding emotion and focus when you’re writing “well this is shit but helpfully I can make something great out of this and it will feel less crap.”’

But Bushe never really planned for the listener to hear the words so clearly. When he began writing the songs that would go on to make up the bulk of Gengahr's new album, he had hoped, like on previous records, that he would be able to get away with minimising lyrical vulnerability, burying any words that alluded to his current headspace beneath woozy guitar work and distorted vocals. But Bombay Bicycle Club frontman Jack Steadman - a long-time friend of the band - was there to counteract the band’s usual habit of hiding themselves. Taking on the role of producer for a significant chunk of the album he encouraged Bushe to include the more vulnerable songs.

"The way they changed it from my demo to the final product was something I always felt quite unnerved by though," Bush explains. "Within the debut I was very much at the forefront but fucking everything up so you couldn’t decipher what was being said and that was due to a lack of confidence more than anything, but Jack wasn’t having any of that. Sometimes you need friends to push you and take you out of your comfort zone. But throughout this whole process I felt vulnerable, worried and quite scared.’" 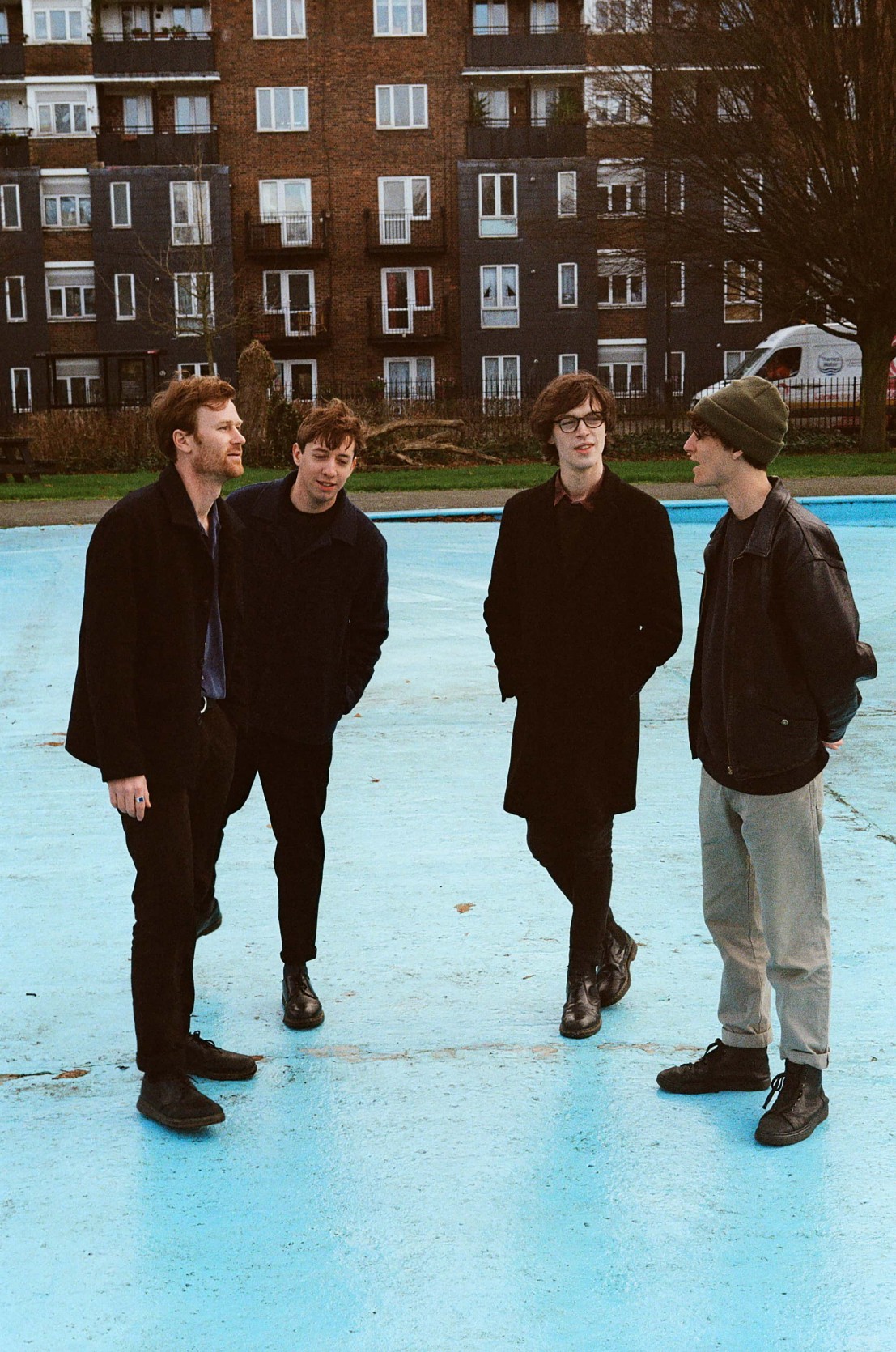 In keeping with the personal nature of the songs, and avoiding the negative associations tied up with the recording of Where the Wildness Grows - "it’s been no secret that I didn’t love making the last record," says Bushe) - the guys avoided recording the bulk of the album in a large studio, opting for a more personal and stripped back DIY home set up, especially at the beginning as the songs began to take shape.

"It kinda went from my bedroom to [Jack]’s really, my computer to his, it wasn’t like how we’d recorded other albums before. We didn’t spend much time in the rehearsal room, we still haven’t played some of the songs live yet. We recorded a lot of stuff at the end, like we went back into a studio and did drums and other bits we couldn’t do in our bedrooms. It was a new process for us and I think it was a lot more in the way that hip-hop artists record than guitar bands. I’m not sure if we’ll ever do an album like that again."

Trying on hip-hop, R&B and pop influences and interweaving them among dark indie rock riffs, Gengahr show that they refuse to be pigeon holed. As an album it looks beyond genre and focuses more on how to write good songs; strong melodic hooks that dance around in your head all day long, humming synths that get under your skin. Steadman makes sure you can hear everything, every synth, every computerised beat, every guitar line, as is with the lyrics, none of it is buried under unnecessary distortion. Due to its bare bones production style, the listener is able to focus purely on the excellence of the writing itself, making the album a tribute to the heights of songwriting that Gengahr are capable of.

"Jack was quite attached to a lot of the sounds and the loops and the samples that were in the demos, so we left a lot of that stuff in, which funnily enough is more what we did on the first record where we didn’t really even record an album, it was just demos that we edited a little bit into a finish product." 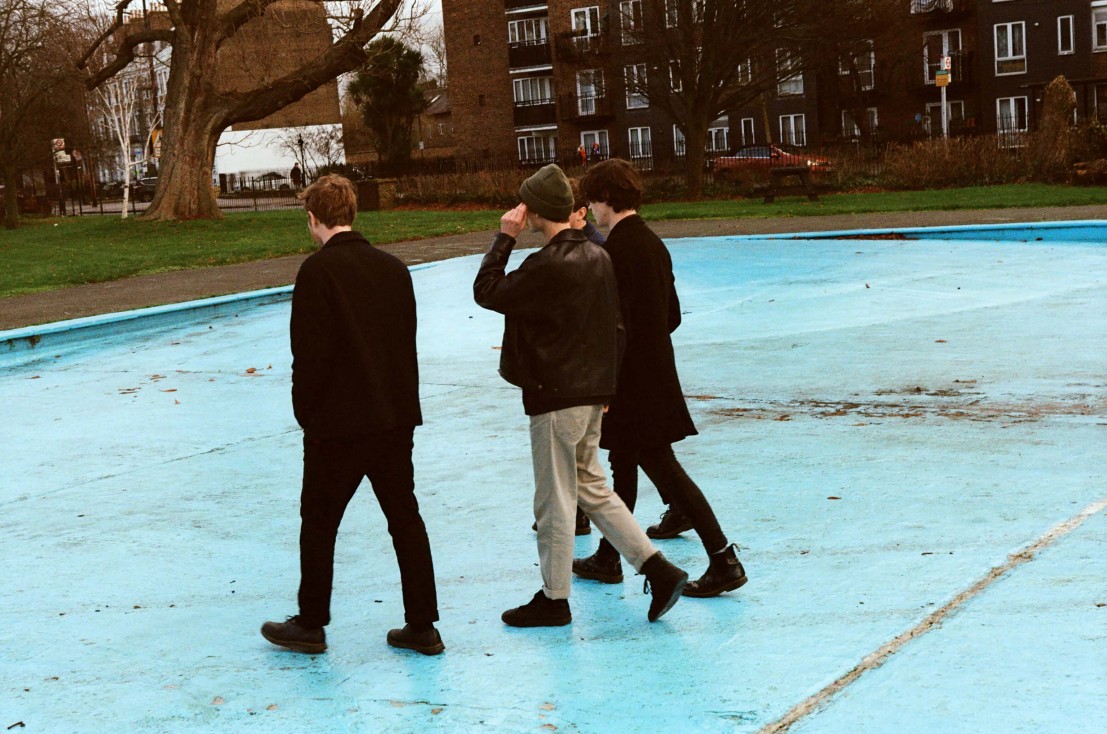 Relinquishing control created a new way of working for the band, who have always been accustom to deciding on every little detail themselves, sometimes losing sight of the bigger picture. As Bushe agrees, sometimes you just need a new pair ears to help fine tune the details, to ensure that the album will be delivered in the way it is meant to be heard.

"It felt fun and new and I think I learned a lot from the process, like how one of the best things in a project can be letting someone else come on board. Having Jack work on production, having Matt focus on the artwork, having Dave come along and do videos with us, these guys are right at the top of their game and having that wealth of knowledge and experience has done nothing but make the whole body of work much stronger." He laughs to himself: "That’s why you need to trust people, part of this album had been about finding that trust and allowing other people to do their job, if they’re really good at what they do, don’t try to get involved.’"

At the time of the interview, the album is already positively impacting the band’s life; the release of the singles has already garnered more attention than previous recordings. Radio 1 are playing the boys even more than usual and the band are already booked on several major festival line ups that they were missing out on this time last year.

"I‘m probably my own biggest critic," says Bushe, "and with this one I feel the most confident I’ve ever felt in a record we’ve made. I just think there wasn’t really an alternative; we had to evolve to change the way we were doing stuff and make it feel exciting again. It still feels good, even now everyone has a bit of a spring in their step and we’re looking forward to next year, things are looking more inspiring than they did last time around, we’ve been spoilt so far with this release."

On the way home from the interview, as I face the inevitable journey back to my family, and confront the reality of my nan being gone, I am too thankful for this album; for that sharing of pain through music between artist and fan. Gengahr have created a rare and wonderful thing, beautifully moving songs harboured from the fucked up mess of it all.

Sanctuary is out now via Liberator Music