Emilie Nicolas is something of a mystery.

The Norwegian singer, who came to our attention with the stunningly evocative “Grown Up” earlier this year, makes the kind of music that doesn’t just tug at your heartstrings, it basically re-writes everything you think you know about emotion. Her songs soar with the brittle brilliance of love and loss and the complexity of human interactions: with family, with friends, with lovers.

When we meet at her manager’s hotel she’s understandably exhausted, having the previous night played a spectacular homecoming show at Oslo’s Rockerfeller, filled to the rafters with her multitude of Norwegian fans. It was a slick affair - the kind that would impress from a weathered performer, but acts as breathtaking tour de force from a relative newcomer. Lit from behind for the entirety of the proceedings, she was barely visible, her music taking centre stage as her listeners watched, rapt at the gentle power in her voice.

For a performer with such command of her talent it seems odd to hide like that on stage, I suggest. Did she enjoy the show? “It was fun, but really scary,” she admits. “With my concerts the lights are there to build up the atmosphere: it’s not about me showing off, it’s about the music,” she explains. “I want the music to be the first thing you hear, and I want you to be able to disappear in your thoughts while you’re watching, if you want to.”

Her music is the perfect soundtrack to introspection; dreamy but with one foot firmly in reality, built from events in her life, but universally applicable, thanks to the humanity in her lyrics.

“I want the first sentence to be something that you listen to and you’re just like ‘I know’. I don’t want it to be like ‘I’m so sad and lonely’, I want it to be something new, but I want people to relate, and I can’t make people relate to something I don’t feel, so it has to be personal,” she tells me on her approach to songwriting.

The personal nature of her lyrics has long been something people speculate over, not least in relation to what’s arguably become her most famous song, and the only original track she’s released outside of Norway: “Grown Up”. Dealing with her relationship with her father, it pairs her trademark pseudo-choral vocal against light, scattering electronic drum samples, with lyrics that nod towards a break of some sort, a hazy suggestion of coming of age or leaving home.

“I’ve never told any interviewer about the meaning of the song,” she informs me to my disappointment when I ask. “I think few people really get the song. I’ve read somewhere that people think I’m moving out, and it’s not about that. It’s not about growing up, but it’s difficult to explain because my father is so complex.” 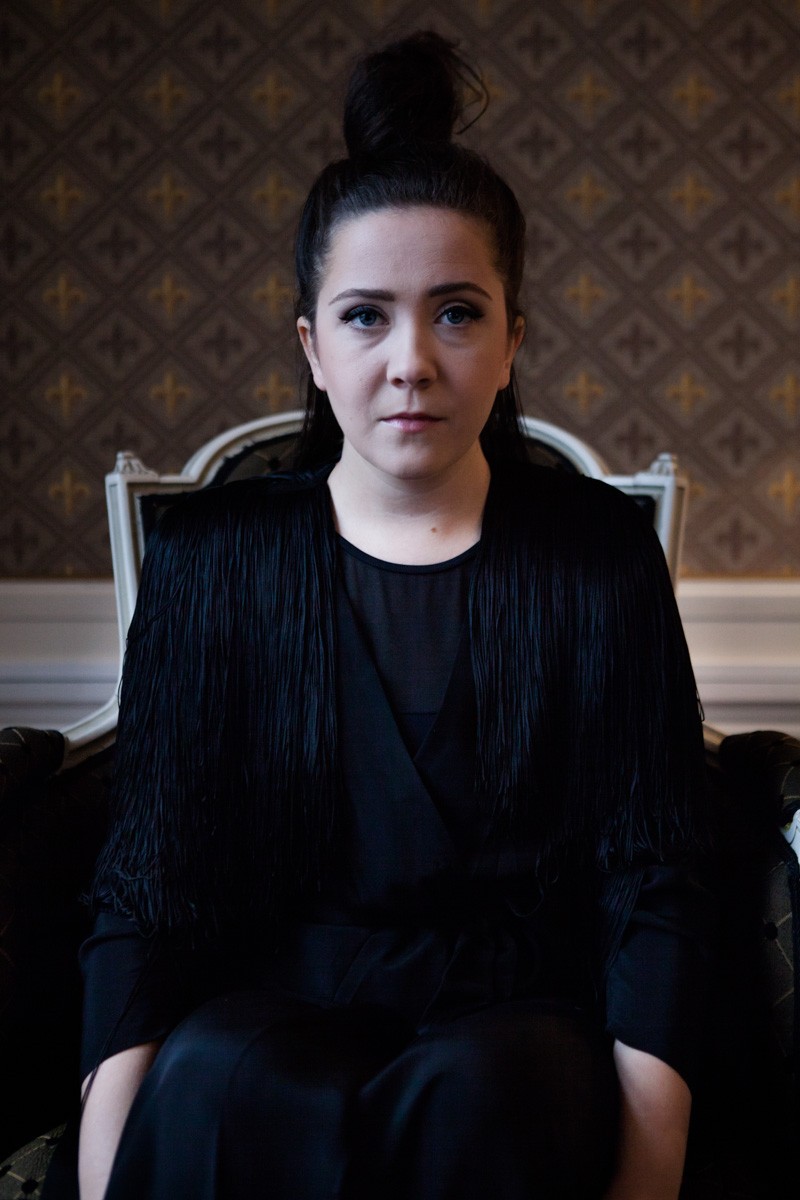 Born and raised just outside of Oslo, Nicolas’s background belies her exceptional musical talent. Her father is an artist, whose work with lights I mistakenly assume acts as the inspiration behind her shows’ aesthetic. “He makes light installations with cheap things from Ikea and things you’ll find in the garbage,” she corrects me. “He doesn’t work with lights in the same way as at my concerts, he works with things that grow.”

After being given a piano by her grandmother at the age of six (“I don’t know why she did that, but it was really nice of her”, she muses) she began playing, and grew up listening to the music favoured by her father, a mix of jazz and bossa nova. While the influence may not be directly clear, it undoubtedly played a part in her choice to sing in English, with her ears becoming finely attuned to the Brazilian Portuguese in many of the songs she heard, which she admits was more appealing than her native Norwegian.

“I like the rhythm of words better in other languages better than in my own. I think it’s more interesting.,” he admits. “I think English sometimes gets old, because it’s the language everyone sings in, but it works well because I’m into the rhythm and melody of it,” she explains. ‘I actually tried to learn Brazilian Portuguese!” She informs me. “They have a different accent, it’s smoother and better for singing in.”

Given she’s only released two songs outside of Norway – the aforementioned “Grown Up” and a soaring electro-pop take on the Dum Dum Boys’ ”Pstereo”– you could be forgiven for assuming her limited releases act as the sum of Nicolas’ talents. Her debut album, Like I’m a Warrior, has been out for some time, to much deserved fanfare, in Norway, and it demonstrates a side to Emilie most listeners won’t have seen or expected - a shot of energy and sexuality that roars out of from leftfield and leaves you dizzy in its wake.

This surge of confidence is nowhere clearer than on the as-yet unreleased album track “Fail”, a slick, throbbing semi-industrial pop cut that matches the madness in Nicolas’ voice with a heaviness in production that’s about as far from “Grown Up’ as you can get. It also features perhaps her most memorable line: “don’t call me lazy / I go down on him daily,” which strikes me as sufficiently surprising that I feel compelled to ask about it: what inspired such a bold and intimate confession?

She looks at me coyly and giggles. “I think I’ve always wanted…I don’t know,” she pauses and takes a breath. “I have to be careful with what I say. I think some of the songs are from when I started a relationship, and there’s a lot of sex, it’s normal, so it’s fun to...it’s one of the most important things, not sex, but the sexual being. It’s really important for everyone, and everyone has that, more or less, in life, and it’s fun to talk about that.”

She smiles before continuing: “About that line – when it came up in my mind I was like ‘No! I can’t say that’.” She laughs.

“It’s from when I was 18 and had my first boyfriend. I’d be at his house all the time, sleeping at his, (which wasn’t really allowed), and I went to school and I’d fall asleep on my desk through classes and one of my teachers called me lazy and said I didn’t do my homework. But what I was doing was, I thought, much more important.”

“So it’s kind of a teenage perspective saying ‘this is the most important thing’, and it is. You can’t argue with a teenager at that age. But my Dad was like ‘you can’t spend every night at his house, it makes things more complicated,’ and I’d scream at him and be like: ‘I can’t live without him’ and I ran off and basically moved in with him. But I think it’s sweet and I think it’s a good learning curve. You throw yourself in and then you learn, maybe he’s not the man of your dreams, maybe he’s actually an asshole.” 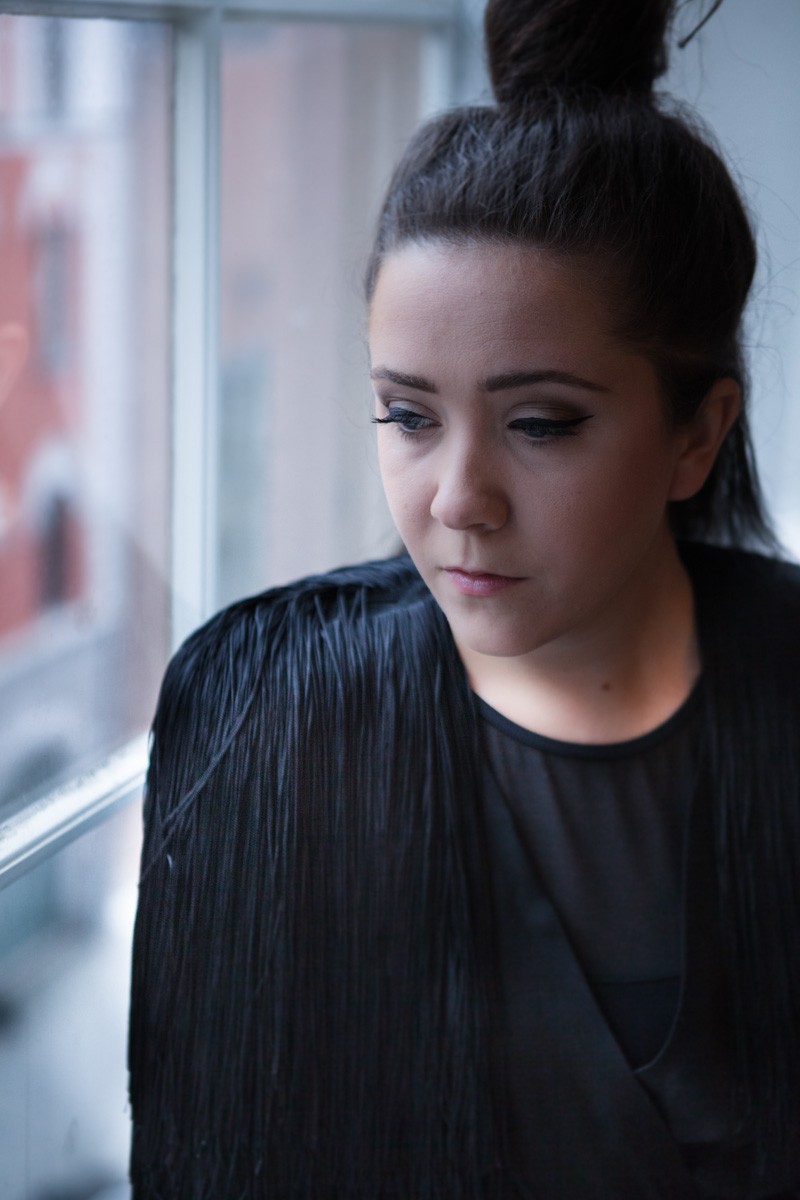 “Fail” may be one of the most impressive songs on the album, but it faces staunch competition. From standout opener “Nobody Knows” to the roaring force of “Let You Out” (Nicolas’ favourite song to perform), it’s undoubtedly one of the strongest debuts in years, and as the culmination of years of work Nicolas is understandably keen to share it with a wider audience.

“I get emails all the time being like ‘where can I buy the album in the UK? Please send me an address!’” she tells me, despairing of the inevitable record label bureaucracy. “It is confusing, when it takes a lot of time, when you get a record deal here [in Norway] and one somewhere else. Obviously here in Norway it takes less time to release the record because I’m here.” She sighs. It must be frustrating, I hazard.

“Well some of the songs are three years old, but it’s really good to have the experience of touring the album. And I have two new songs on the tour, and so I’m constantly thinking about the next album, although because this album isn’t coming out in the UK for a while I have some time.”

Written and produced entirely by Nicolas and her (fantastically impressive) drummer, Eivind Helgerød, the recording of Like I’m a Warrior acted as a chance to escape reality, while they holed up in a studio in the middle of nowhere in Norway. “Eivind and I stayed in the studio for 48 hours without water. There’s nothing [where the studio is]. You should have seen us. We ate cornflakes from the packet with milk from the bottle. It was really tragic. He didn’t sleep for 24 hours I don’t think, so I had to tell him: ‘you have to go to sleep now’.”

“We were so worried it wouldn’t turn out the way we wanted to,” she explains. “We’re real perfectionists, and since we were on our own there was no one telling us ‘this is really good, it’s done’. We were always saying ‘this can be better and better and better’.”

Eventually they got dragged out of hiding, thanks to a parental intervention, with Nicolas’ mother stepping in and suggesting the album might be finished. It certainly sounds stressful, and I can’t help but wonder whether in the future Nicolas might consider working with an outside producer.

“I’ve thought about it, but I’m a bit scared because much of what we’ve created is because of the four people that we are,” she says.

“But I’m free to do whatever I want, so in the future I’d like to work with someone else and see what that brings, but for now it’s just us.”

Like I'm a Warrior will be released in the UK in 2015. Emilie was photographed for Best Fit by Sonny Malhotra.