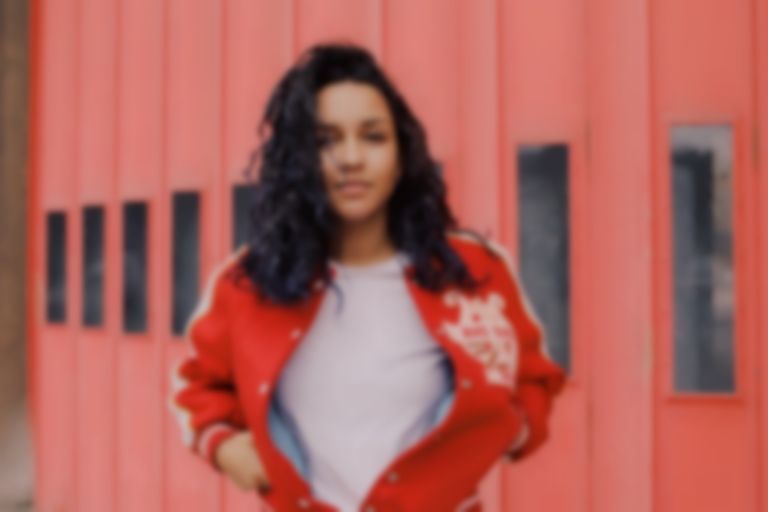 Passion, connectedness, poetry and a little bit of '90s nostalgia converge in the glorious music of Eliza Shaddad.

Eliza Shaddad’s music holds the mirror up to our collective faces, so close you can see your breath on it. Her debut album, Future, released last year, was a finely-spun collection: tender in its delivery and weighted in honesty. Coming from a place both familiar and far away, carrying reverberations back to '90s guitar ballads that are as much a battle cry as a medium for confession, it was an album that had taken Shaddad all over the world with trans-Atlantic momentum. But today, she is combing through old footage of her as a teenager. It’s for her latest single, “Girls”, which, in anticipation for her upcoming EP, Sept ~ Dec, is a way of giving her hand to the girl she used to be: not leaving her trapped on the grainy spools of tape, but bringing her forward into the future with her.

"The songs for this EP were actually written around the same time I was writing for the album," Shaddad explains. "I wouldn't say it's like a subsequent sort of body of work. It's almost a parallel body of work." Though Future, and the upcoming EP run in tandem on a timeline, they taper off in quite distinct ways: ‘‘There's lots of different themes running through the album, though it's got this main focus which is sort of the aftermath of something ending, and all of the kind of nostalgia and worry and all the kind of process of emotions that you go through, until you arrive at a place where you can look to the future. Whereas this EP is very much looking in detail at separation and longing… and just that particular rubbish," she laughs, deflecting from the sombre avenues her music takes us down. There’s a sense that talking about her music is somewhat intrusive, like rifling through the pages of her diary and asking her to dissect each entry.

"It’s tricky…," she sighs. "When I'm writing the song originally, and there's no one else around and no one else is hearing it, and obviously I want it to be the most honest reflection of reality that I can. Sometimes it might be a kind of melding of different realities, but it's always, you know, pretty true to the bone. You do that, in the privacy of your own home, and you know it's got no impact on anybody. And then you start playing it to people: the manger, your label - and people start kind of assessing it." Future centred very much on “one person, and one situation”, whereas the EP brings others into its orbit. "It's a hard line to walk," she admits, when considering bringing people into a private space and then turning it inside-out, presenting it to the world, "I wouldn't want to hurt somebody by telling my story – you have to realise you're telling other people's stories as well." 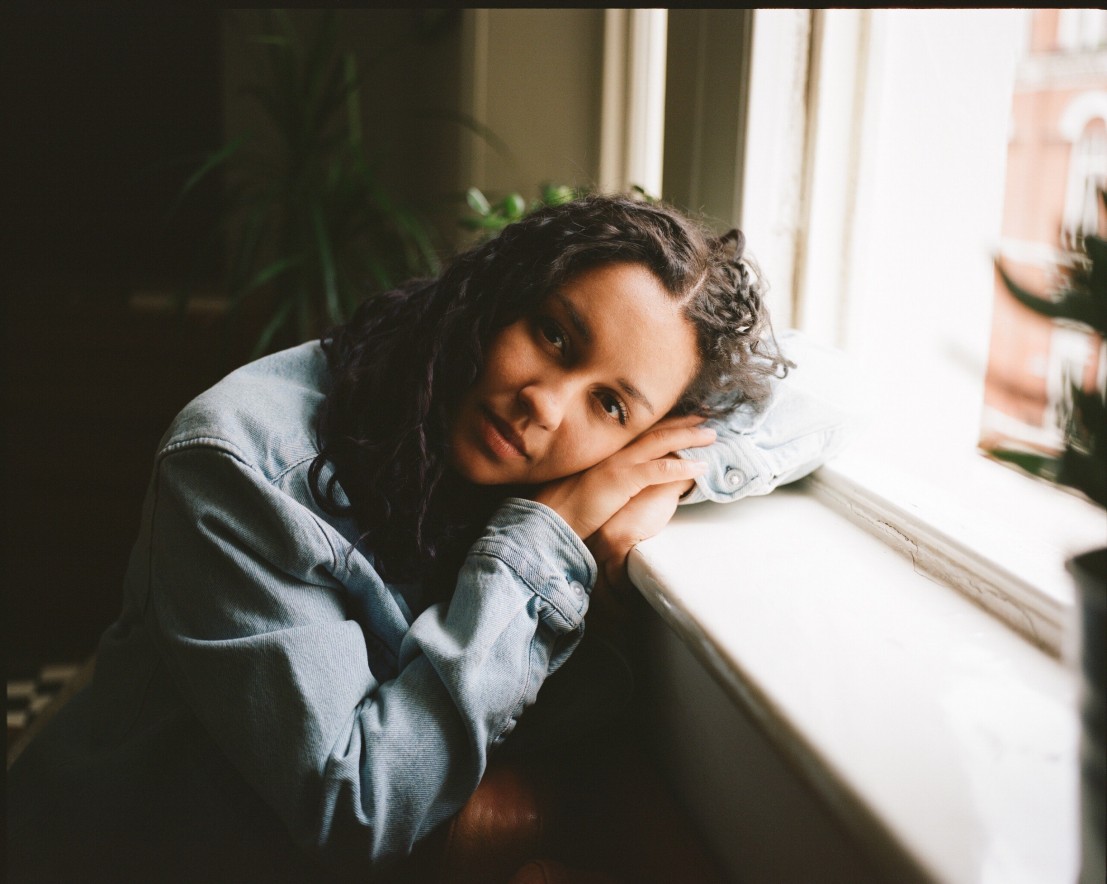 On Eliza Shaddad’s Spotify account, there is a playlist called “TEENAGE ME”, with a playful smattering of emojis: an autumn leaf, a mushroom and, of course, a guitar. It’s an open love letter to the nineties: grand gestures and sweeping emotions from female powerhouses of the era, from Hole to Tori Amos – a perfect teenage storm. "A lot of it's kind of from movies and stuff that were just completely seminal. I think I'm still really heavily influenced by that kind of music, and when I feel strong emotions, the way that I want to let them out is by playing something that has a vaguely nineties ring to it." Reflecting on her teenage years, Shaddad laughs, "I think I was a bit insufferable. I had insane acne - I can't believe it was that bad and I didn't do anything about it. But I was always really friendly. We moved around a lot when I was a kid, so I felt weirdly confident. People always used to think I was a lot older than I was. And yeah, I felt mature and kind of," she pauses, before cringing, "…cool."

Shaddad came from a creative background. Her father brought her up listening to Otis Redding; her mother wrote poetry as a teenager, and at sixty, still does. But the key artistic influence in her life was, in fact, her grandmother. "She was a painter from Scotland," Shaddad explains. "Her grandfather was quite a famous painter - he was one of The Glasgow Boys. Every holiday when we went to stay with my mum's parents, there would be art everywhere. My granny would be talking about it. It was how she kind of made her living, I guess, and what sustained her. She set up a gallery, and did a lot of work to further the name of her grandfather. It just gave me this understanding, I guess, that art had worth, and that it was a valuable piece of life and something worth doing, basically." 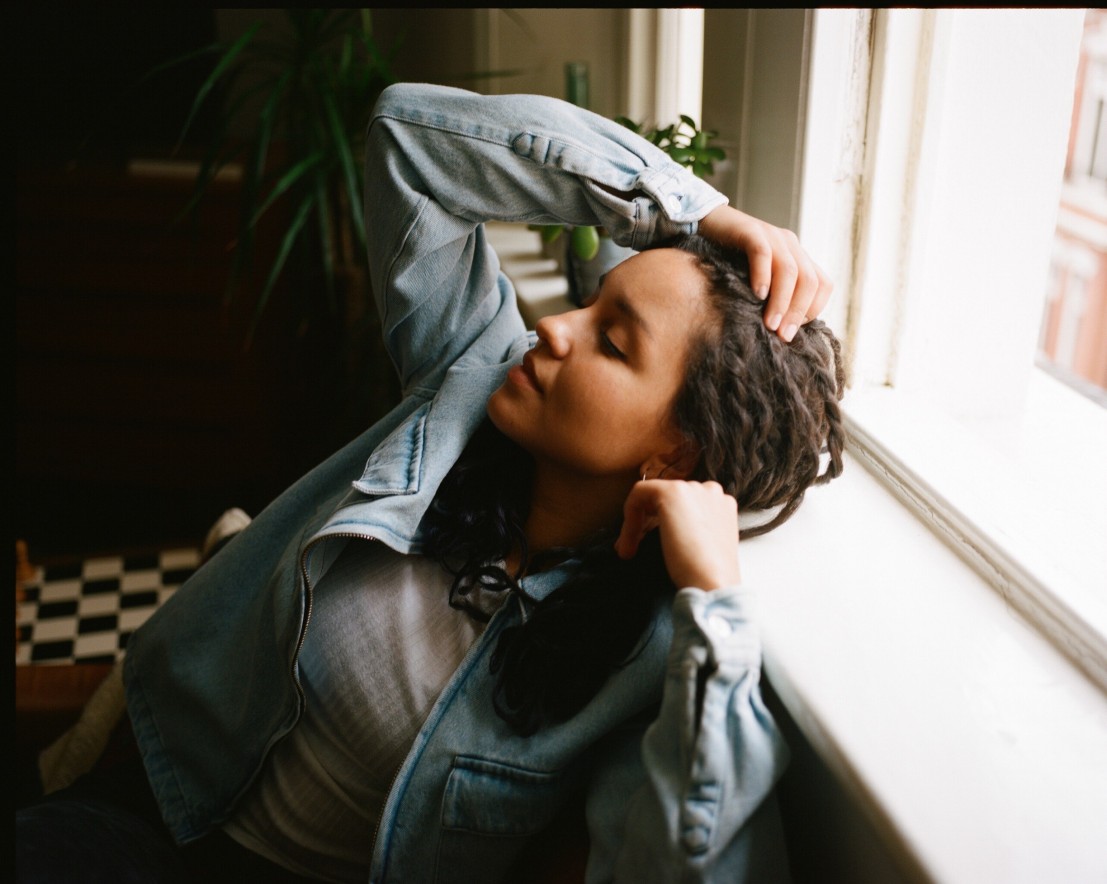 The musical path, though well-trodden, is never an easy one to take: "When I started in the music industry, there's was nobody - no one I could call on to sort of explain things to me, or to inspire me on a personal, relative level. I think it's such a hard career choice to make, but actually I had seen someone do it, even though it hadn't been that obvious to me, I guess. Art was always around when I was growing up." Thinking about her work as an independent, female artist, she says, "You give up...," she hesitates, "...give up a loaded term! It is hard to make enough time and money and head space to enjoy the rest of what life has to offer, when you're doing music, I think, because you love it so much that you want to spend all of your time doing it. It's hard to earn enough that you don't have to do another job, and it doesn't feel like you therefore don't have to spend every waking second making music in order to survive.

"You do all these swaps that mean, you know? You give up seeing old friends so you can be in the studio making new friends. You don't lose, full-stop, but you make a lot of decisions that impact heavily the direction your life goes in. They kind of make it more insular, you know? I think there's an insularity to working in the music industry, which is kind of what I feel about this year finding some more balance. I think, especially as you’re working to kind of make a name for yourself within the music industry - let alone with the public, it takes so much effort and so much time, so much dedication, so much focus, especially if you are an independent artist, very much at the helm of your career. You know, it's like running a small business, basically. Plus trying to be a fancy, free artist with no worries and just emotions to think about, so... yeah, you... so I would say the kind of, the risk is that you give up on the rest of the world, which is out there – which you only get to experience once."

After studying philosophy at university, which might lend to her gift for self-reflection, Shaddad would go on to teach English in Spain, and toy with the idea of a career in law. "[But] ultimately, I wanted a career where my work was my passion. I kind of chose [music] with my eyes wide open, I think." Her wish, when she started out, was that she had someone to explain, "exactly how hard it was going to be." She blossomed, however, with the first collaborators she worked with on her debut EP, Waters, producer Chris Bond and his engineer Tim Ayers. Up until this point, Shaddad admits she was "staunchly solo," but their musicianship and approach helped her to "translate what I had in all these demo forms and in my head, onto a record, and that was just invaluable to me."

"You’re never finished, as a musician, but it's also hugely motivating," she says. An aspect she treasures, which lights up her voice, is when she talks about performing. "I think that what I've always loved about music is ultimately feeling so connected to somebody onstage, and letting in the heat of the moment. Because so many of these songs are so personal and so true to my life, I guess, I hope they’re true to the universal experience of life. When I'm onstage and in the middle of it, it's like a direct line to everybody in the audience, you know? That’s cathartic and empowering, and terrifying but freeing - it's such a maelstrom of emotions all rooted in this kind of human connection that I think you experience in a really intense way when you're playing live. You experience it along the way when you're writing it, when you're recording it in the room, and there's an engineer hearing it for the first time - you get little glimpses of that the whole way along. But when you are centre stage and telling stories to people that want to hear them, that's...," she searches for the words, "...it's just incomparable." 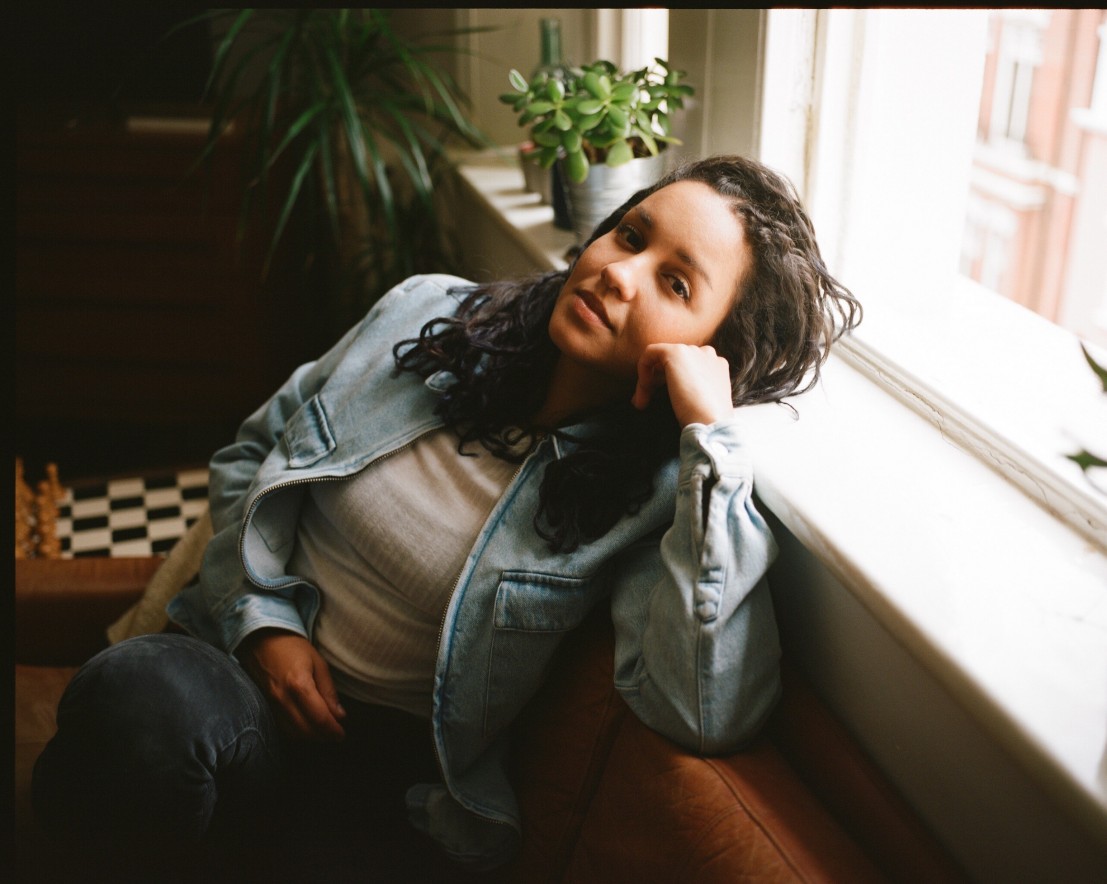 When I ask Shaddad what she hopes people can take away from Sept ~ Dec, at first, she draws a blank: it’s a work so personal, so bound in her own experience. She decides, after thought, "I guess it would be sort of a call to people to reach out to each other. ['Girls'] is literally about not being able to communicate - but trying to - and that's what the rest of the EP is about. The kind of onus is about reaching out to find similarities and connection, even though it's hard. I’m not going to tell people, 'Examine their relationships!', but, I mean, I hope listening to it brings people closer to other people - makes them think about their relationships and realise that they can be closer to people if they want to be."

Rather than squirming when I dust off the antiquated question: What would you say to your younger self? Shaddad thinks it’s worth some more consideration than that. "That things will fade," she says, carefully. "It will get a bit less intense, so don't worry. Hold on." There is a finitude about the title Sept ~ Dec, which plays into Shaddad’s belief that her work is only ever, "a statement of who I was at that moment." Just like those teenage years of singing Tracy Chapman and The Cranberries, a hairbrush for a microphone, and just like where she is now, Shaddad understands better than anyone that nothing lasts forever – it’s only ever a moment.