Billie Marten is stepping further into the spotlight and is spreading her wings wider than ever before.

It’s 2016. Smoky swirls of dry ice fill the small venue space of London’s Institute of Contemporary Arts while the crowd await Billie Marten; an unassuming new singer-songwriter from Ripon, Yorkshire, who is about to headline a talent showcase established by Radio 1 DJ, Annie Mac. To have this slot at the age of 16 would’ve been no small feat, but Billie was already perching on the prospect of having her music heard by the masses ever since she was cherry-picked for BBC’s Sound Of 2016 poll. Everyone stood silent as Billie performed a softly sung set; her nervousness palpable, but on par with a determination to instil a memorable picture, for those watching to take note of the bigger and brighter things to come from this moment onwards.

“Everything around that time was just completely terrifying,” says Billie from her East London home via Google Chat as beams of sunlight cascade down from the bay windows surrounding her. “I really wasn’t a human yet and couldn’t really process things the way we can now. Every day you’d wake up to some more things you didn’t really know the meaning of and there wasn’t really an opportunity to say no, so you’d just follow everyone else really and follow their lead.

“I didn’t know what that showcase meant. I wasn’t aware of the Sound poll; I wasn’t aware of who else was on it. At that time, I was very secluded – especially within the industry – I was just kind of doing my own thing.”

Born Isabella Sophie Tweddle, her transformation into Billie Marten occurred while in the throes of exams and revision, building her career in music as she went – from becoming a Chess Club signee to laying the groundwork for her debut LP, Writing of Blues and Yellows. She exudes an endearing calmness throughout the conversation, something that undoubtedly would’ve played a vital role in keeping her afloat whilst simultaneously exploring two very different realms at such a young age. When asked how she balanced everything, she ponders, “I don’t know. Luckily, I was quite able in school, so I didn’t have to do [large] amounts of work to be able to get a good grade, but I did try really hard and I made sure that my focus was equally on school and music. I guess I was just very well protected and neither one [was] compromised. I mean, I probably would’ve done a lot more gigs around the first album had I not been in exams in late summer, but other than that, it was pretty even”.

Now, in 2021, the demand for thumb-stopping content, viral videos and music to lip sync to in a TikTok video is ever present. How can artists move along with the ever changing tide and how different is the music industry to what it was all those years ago? “Everything is a lot more instant and there’s a hell of a lot more competition,” the 21-year-old says. “I’m very aware of what other people are doing and it’s more difficult to be heard.”

This might’ve been trickier to navigate had it been the release of Billie’s debut, Writing of Blues and Yellows – a serene selection of tracks with wistful sonic backdrops, but new record Flora Fauna sees Billie step onto new terrain, presenting a more experimental side adorned with sturdier strings, synth-laden vocal loops and powerful percussion. “I’ve definitely got a bit louder” she agrees. “I’ve managed to collect my words a bit more rather than expressing general feelings, which is what the first album was – looking at the world from the outside in”. “Lionhearted” from her debut illustrates this so succinctly as she exposes the longing to be an extrovert and romanticises what it would be like to be in amongst it all, not “keeping in the quiet and shade”. But, when comparing the new LP to her debut and sophomore, Feeding Seahorses By Hand, not only is the music more powerful than before, but so are Billie’s vocals, sung from the chest and with confidence – she later jokes that her producer, Rich Cooper, was glad she no longer whispers. He’ll have the accompaniment of a bass guitar to thank for that.

“I did buy a bass really early on and I’ve got no experience playing it, so a lot of the song writing bed was me trying to play the bass like a guitar which meant it’s all very clunky, rather than how I usually play which is very floaty, melodic and lyrical. That was just an instant change because it made me sing differently. Everything was then about rhythm and I made sure everything was in a louder key for me, so it wasn’t too high. I was listening to a lot of raw and personal artists such as Broadcast, Fiona Apple, and CAN.” 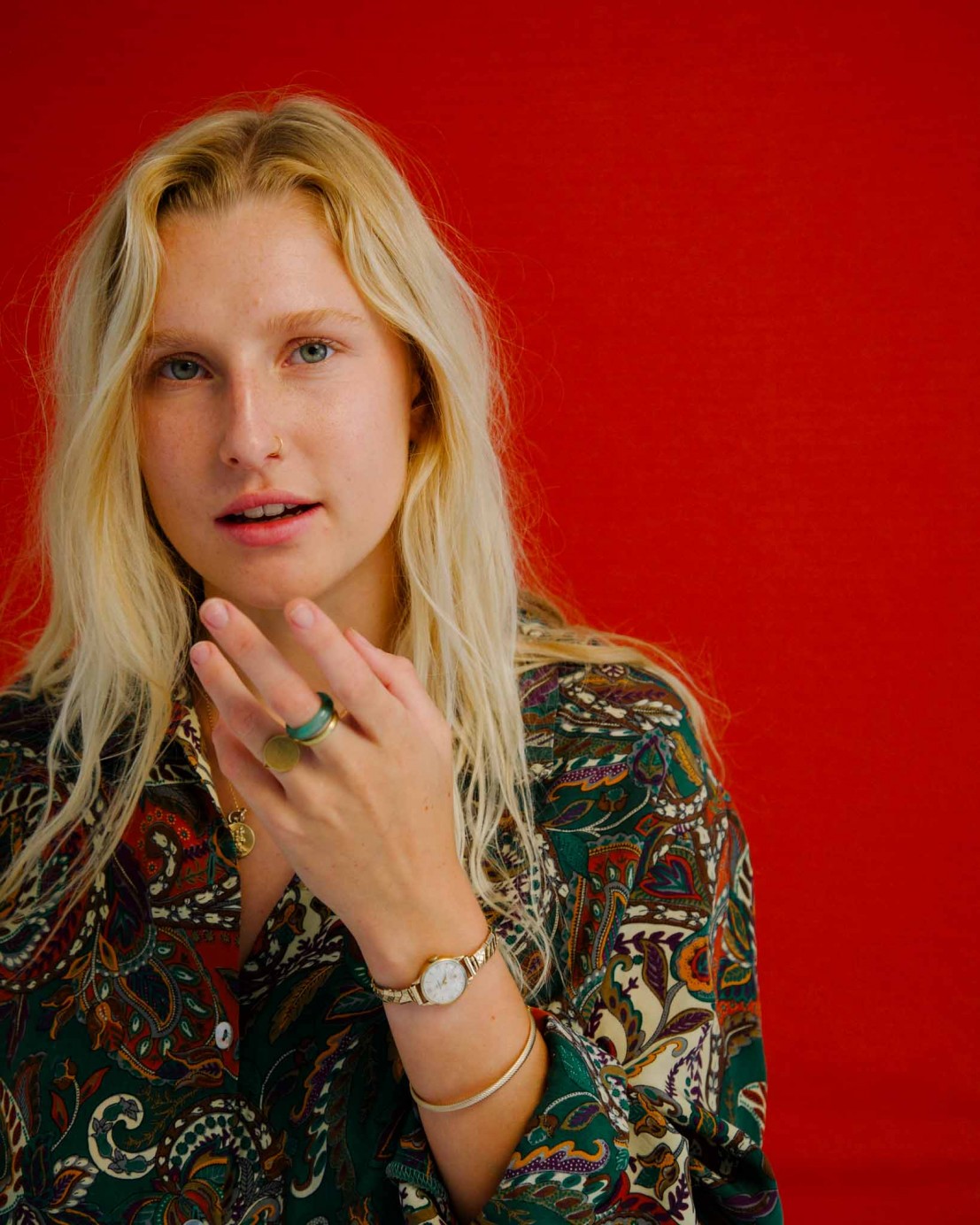 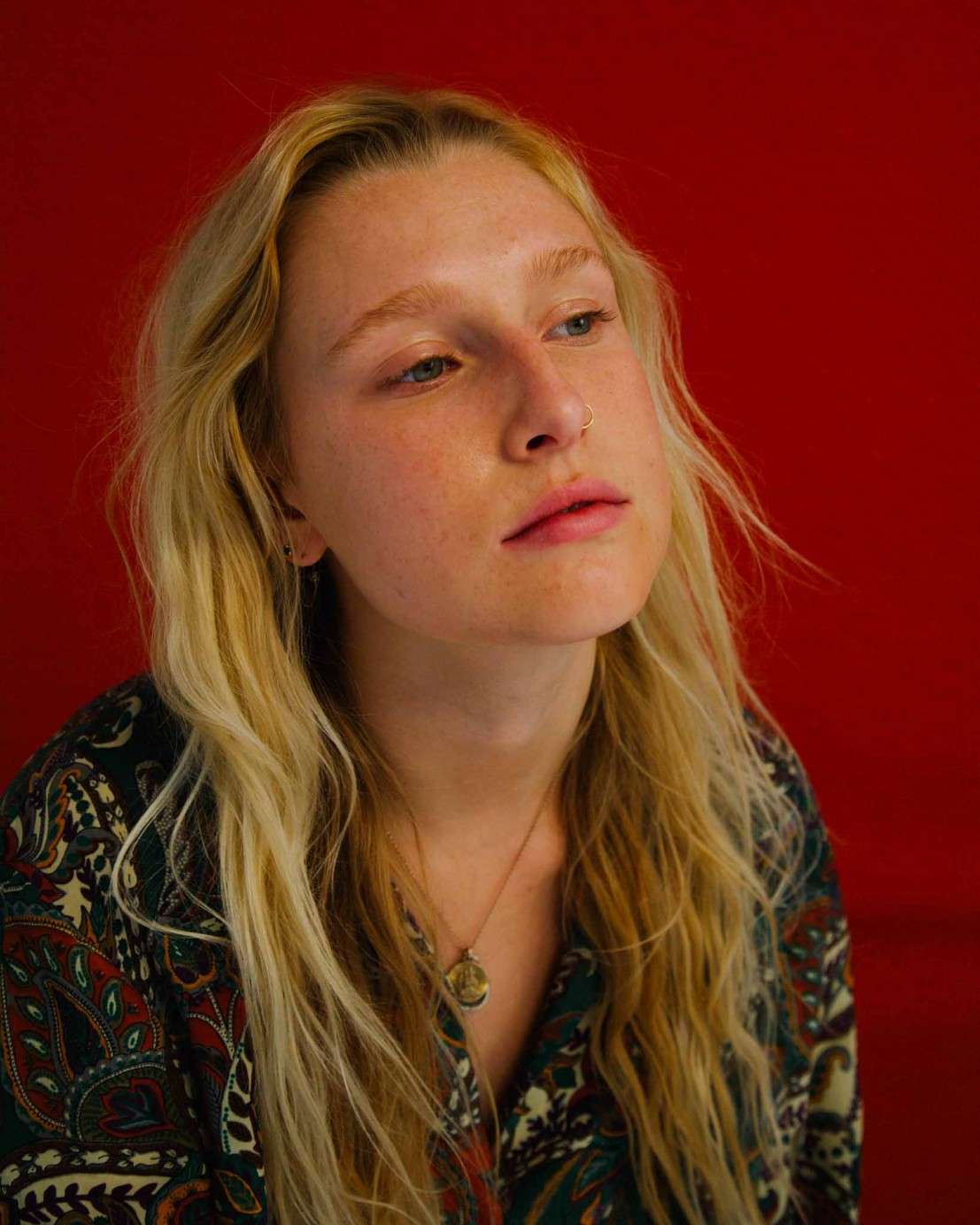 The prominence of bass is undeniable, especially in lead singles “Garden of Eden” and “Creature of Mine”, but album track, “Liquid Love” offers another welcome surprise. Echoing chopped synths from Bon Iver’s 22, A Million, “Liquid Love” offers a glimpse into a soundscape we are yet to hear from the predominantly guitar-led singer-songwriter. “That’s my favourite one, I can’t wait for that to come out!” Billie smiles, “It’s just not like anything else we’ve done before. I honestly can’t tell you how easy it was to make that song. It was literally done in an afternoon. We just had this Yamaha sampling keyboard and I put my voice in it and just looped that over and over. We just added a few keys, a drum machine and live kit. I love that being a weird anomaly on the album,” she tells me.

Excitement radiates off Billie as she talks about this experimental flair introduced in the new record, moving away from the folk box many had put in her previously, demonstrating a newfound freedom in both her writing and production. “I just think it’s very freeing to write something that’s not genre-specific and that was kind of my aim.”

This louder instrumentation correlates with a more self-assured singer/songwriter than the person we might’ve seen 5 years prior – personal and professional growth moving in tandem. “I just rearranged my whole team” Billie says when talking about how the new record came into fruition. “I hadn’t done that since being 14, so it felt like a shift needed to happen. I got back in touch with Rich Cooper who I did my first album with [and] essentially just spent nearing two years putting together this collection of songs. It was just really wonderful. The most natural, easy, instantaneous way I’ve ever made music and there was no room between us to overthink anything or kind of ruminate on what sounds we were making or who I was then presenting myself as it was just my favourite process ever. I just really felt like I wanted to sing out rather than in”.

This change in sound also complements delving into new themes – the incredibly poignant “Human Replacement” being one example as Billie tackles the fear many women face when walking home alone at night. “I guess I’ve sort of honed in on some specific concepts and feelings and I’ve managed to speak about that a bit more which is something you can’t really do the first time round because you’re so aware of what people are going to think. Everything just has to be slightly broader and more universal.” Probing feelings that are perhaps more galling than others had been another factor in breaking past writing structures and formats.

“[I think [Flora Fauna] is tapping into the parts of yourself that you tend to ignore because they’re not as comforting as a feeling like being blue. It’s important for me personally and everyone else to just appreciate those moments of sudden happiness or even things like anger, fear, and other emotions that we tend to not register,” Billie explains.

In the run-up to the release of her sophomore album, Feeding Seahorses by Hand in 2019, Billie spoke of self-doubt encroaching in the completion of it, losing hope and belief in the songs. The poise as she speaks about the LP now is strikingly secure, proving that time is always the best healer. “I think it’s easier to be more nit-picky with yourself when an album like that is just so exposed and completely naked and what’s left is the song itself. I think now I’d say I have the confidence to talk about it. I felt like there was no way I was going to confidently present something that I made, but now I’m really proud of it”.

Billie’s face lights up at the prospect of playing the new songs in a post-pandemic world. “I’m really looking forward to it and I think that’s the first time I’ve said that,” she admits. Combining the new sounds with the old could be a challenge for some, but Billie seems to revel in the possibilities of reinventing a stage persona. “There’s an element of me not cowering away and understanding that you are kind of the core, whereas before, if I played with my band, I would kind of just leave it up to them which is not what people pay to see and I think I’m understanding that a lot more”.

Standing fully in the spotlight might’ve been too overwhelming in 2016, but reflections on past performances and experiences has led to many realisations within this cycle of constant evolution. Nothing ever really stays the same, and whilst that might not be a ground-breaking take, some artists struggle to shake off past aesthetics or music styles – take the recent Vogue photoshoot with Billie Eilish for example. A snapshot of your youth can stay with you well into adulthood.

“[Flora Fauna] is meant to be a sort of polite ‘fuck you’ to what people may have thought that I was before,” she explains with such patience, shedding the assumptions that have tried to confine her to one specific sound or trope. Flora Fauna is an embodiment of this evolution by confronting these misconceptions and taking control of the narrative, unafraid of where it will take her and the listener; a lionhearted approach.

Flora Fauna is out on 21 May via Fiction Records