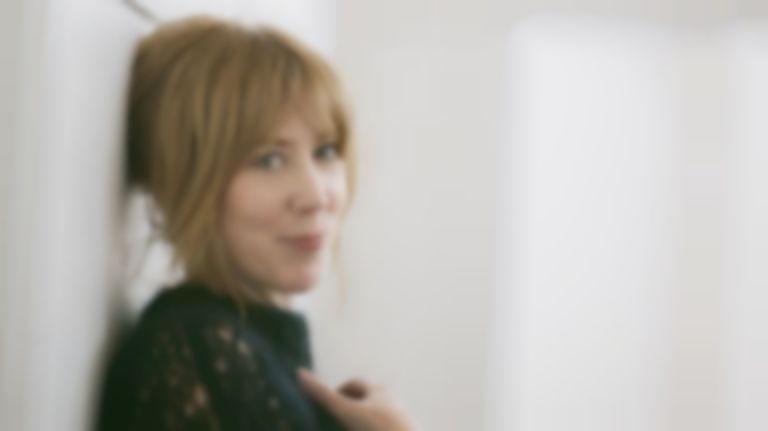 The phone rings out. I’m sitting in my old bedroom in my family home, a room I’ve not slept in for more than ten years. Outside it’s blowing a gale. The rain is coming sideways at the window, the sky a moody grey. I’m trying to get in touch with Beth Orton, from the very seat on which I whiled away months of my teenage years listening to her career-defining records, Trailer Park and Central Reservation.

One Christmas I got a 3-disc CD changer that allowed the albums to gently segue into one another. It was always sunnier back then, I recall. Those albums were always accompanied by flickers of sunlight, daybreak or dusk, and the autumnal showers beating against the window are completely incongruous with the any sort of Ortonite experience. It’s a funny thing, memory.

She answers her phone, second time of asking. Sleep deprivation and jet lag have left her tired and wired. Her conversation is peppered with profanities and noises – largely untranscribable – that might make more sense in the flesh. Nonetheless, I’m struck by her humility and earnestness. “I’m too fucking honest,” is her own take on things. She doesn’t respond well to compliments; you can almost feel her cheeks burning down the phone line when talk turns to her excellent new album – her first in six years – and, on a less relevant note, the story of my 3-disc CD changer.

“I’m in a right state!” she says, by way of explaining the international dialing tone. Actually, she’s in New York. She’s getting ready to embark on the first leg of her first tour of the decade, and is a bag of nerves. “I’ve been dreading going on tour, to be perfectly honest. I love it, and I hate it, and I love it, and I hate it. I want to do it, but it’s so nerve-racking. There’s just so many variables. I couldn’t sleep last night. I was like ‘ugggh’… and all these little thoughts were like ‘ning ning ning ning!’ Why do I do this to myself?”

Well, part of the answer, it seems, is her compulsion to write songs. Orton has always found the process cathartic, but, paradoxically, has always looked for ways to get out of it. “If I step away from it,” she says, “I could step away from it forever. It’s very easy for me to not do what I love. I was with a friend this weekend that’s a sculptor and she was like, ‘there’s always an excuse; like washing the floor.’ And I told her that it was because she lacks confidence. We lack the confidence to put ourselves on the line. I scrape by by the skin of my teeth and it’s amazing that I’ve actually made this record. I could’ve kept making excuses forever instead.”

Her patter is charming, engaging and refreshing. She buzzes with excitement when she recalls the recording process for Sugaring Season, and the dynamism she felt in the studio with Tucker Martine, who followed William Orbit and Jim O’Rourke into Orton’s production chair. And while she doesn’t dwell for too long on thoughts of the past, she doesn’t shirk them either. But she’s relished the freedom that’s come with writing and recording at her own pace and doesn’t miss the pressure of the crazy years.

2012-issue Orton is a very different proposition than the young songwriter who playfully popped pills into Orbit’s mouth 20 years ago. She married the Vermont folk singer Sam Amidon earlier this year and the couple have a one-year-old son, in addition to Beth’s daughter, a toddler whom she sporadically breaks away from our conversation to sweetly placate. The adaptation to motherhood has seen Beth Orton the wildchild replaced by Beth Orton the disciplined songwriter. Something had to give.

“I can’t be indulging in this, that and the other,” she says of her newfound professionalism. “I have to deal with children and be a cohesive parent. That was a big job for me, not to be able to stare into the middle distance for a day or two if I needed to. I actually had to be there for another individual, a human being, and the intimacy of that… of loving and caring for someone was huge for me. I loved it and I really needed it. I needed somewhere to put my love and she was… I had this beautiful little girl to come through for. That definitely affected how I work.”

Her serendipitous methodology of yore has been replaced by something more efficient. Instead of doodling and drifting, she now has to create time, and she confesses, with characteristic shyness, that she’s a better songwriter because of it. “Putting those hours in during the day is something I’ve never really done before,” she explains. “I learnt LOGIK and Garage Band so I could record myself. Garage Band is fucking brilliant. And layering things; layering guitars and voice, I like that. I started keeping ideas – keeping random fragments of ideas rather than throwing them away. They’d still be there and I could go back to something I’d written and keep the core idea alive. It’s so easy to move when you’ve got that initial spark.”

A life so orderly was an alien concept not so long ago, but for the first time, Orton might finally be happy to call her art a career. She’s a singer and a songwriter. This is what she does. “It’s part of learning, right? I’m just very happy to be able to keep working at what I love, and that’s writing. I think it’s a bit ridiculous to call it work, but at the same time, there’s a dignity to work, so why not call it that?”

Her rambling, stream-of-consciousness outpourings and improvised conversational grammar could, if issued in a different tone, point to a degree of neuroticism. And while that certainly may have been true in the past, it’s hard to marry the sentiment with Orton who, at the age of 41, has just recorded one of the finest albums of her life. In her own frenzied way, she seems content and comfortable in her own skin; with her own talents. Sugaring Season is the sound of Beth Orton all grown up, a thought which probably wouldn’t have appealed to many of her teenage fans, in their bedrooms 15 years ago. Right now though, even as the rain continues to pour outside the window and the wind to howl, it sounds just about perfect.