An affiliate of London's vibrant creative hub Total Refreshment Centre, Alabaster DePlume's enchanting jazz-folk is enriched by his deeply uncynical belief in the goodness of others.

“When we remove structure and preparation, we are forced to be sincere. And when we can't lean on a plan, we have to put something else there to lean on that's... bigger. Something like love.”

Alabaster DePlume is talking about improvisation. But sat on the dusty floor of one of Total Refreshment Centre's many live rooms, our conversation keeps circling back to one thing: his hard-fought belief in the power of human connection. Poised to set off on tour with jazztronica showmen The Comet Is Coming, the poet and saxophonist is lit up by the prospect of spying unfamiliar faces in the crowd – especially those who haven't encountered his music before: “I think it's my job to bring different people together. I see a lot of work and effort and resources going into making people divided and weak. And I think, 'Whose job is it to do the opposite?' Oh shit yeah...” He smiles. “It's us.”

DePlume's most recent LP, The Corner of a Sphere – nominated as Album of the Year at Giles Peterson's Worldwide Awards – threads together abstract political commentary and pleas to the listener's desire for intimacy. Musically, it hovers somewhere between sprawling jazz and quaint folk, DePlume's vocals – often spoken, and always spread with a thick Mancunian accent – cushioning the album's heavier themes.

With no scores provided, the other performers on The Corner of a Sphere improvised around DePlume's lead, who used various tactics to influence each take. “We had a tall light in the middle of the room, Ikea style, one of those ones you can switch on and off with a foot pedal. I'd said, 'Let's play deeper when the light is on and softer when it's off' for instance,” he explains. “And we got audience in for some of the sessions. As people, we behave and talk differently, don't we, depending on who is in the room with us? So, of course, we will play differently, according to who is there. In this way, we can curate the vibe.”

In person, DePlume is gently inquisitive, quick to volley my initial questions back at me. When I ask him how he discovered his knack for spoken word, he speaks with the same sincerity and kindly humour as on record. “I was the shouting screaming guy for a rock band,” he tells me. “I had a lot of fun. I wanted to make the words really good, but no one could tell what I was saying because everything was so loud. So I started taking the guitar out... but people still couldn't tell what I was saying. So then I'd take the bass out, the blah blah blah out and eventually I thought... 'Fuck it, I'll just do the words'.”

With those words, DePlume has a fondness for repetition, employing sort-of catchphrases – sentences like “You're doing very well” and “We're very lucky you're exactly who you are” – on record, live and even to book-end his new radio show on Worldwide FM. He details how these mantras seep into all of his interactions: “I use those catchphrases in life.... to demonstrate empathy. We need empathy, don't we?” he says. “I use them when I'm ordering a coffee, I use them with service staff. I just say them.” Is there a degree of telling himself those things, too? “Yes, absolutely. When you say to someone, 'Thanks for existing', you are saying to yourself, 'if someone is wonderful just for being a human, so am I'. I like to ask people, 'Have you been looking after yourself?' That's a new one. I'm genuinely interested. And I'm reminding myself, have I been looking after myself? Or someone who's just in of earshot, have they been looking after themselves? Words are powerful. It's a real thing, the sound of a word.” 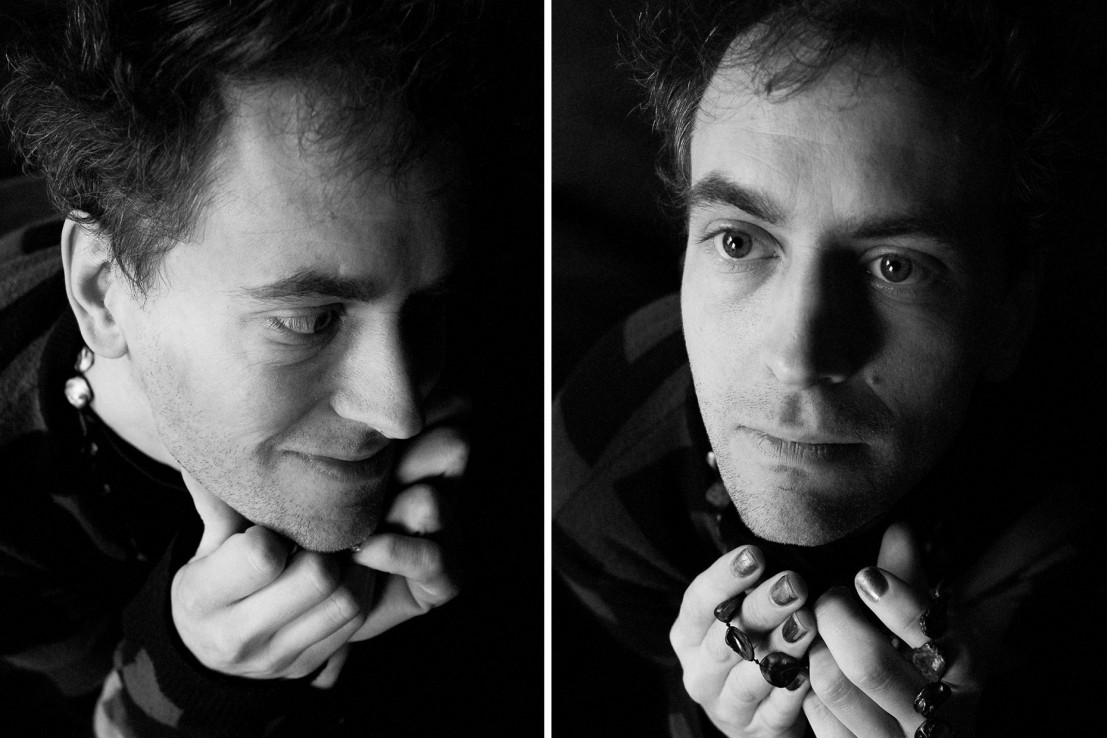 We turn to music, and his primary instrument: the saxophone. I wonder if, like so many of us, DePlume had this thrust upon him through the mechanics of state education, but he first picked up one up after “someone left a clarinet in my house.” It was a desire to swerve more traditional instruments – coupled with a hefty period of intoxication – that saw it endure: “I moved into this big Georgian manor house full of amazing guitarists. I obviously was never going to play as well as them. But none of them played a reed instrument, so picked one up. All of us were very drunk most of the time, so it didn't matter how bad I was. We would drink and laugh and make music every night. And if you do that for months, you get yourself around the instrument.” To fine-tune his playing, DePlume took a few lessons in Indian classical and jazz, but side-stepped more formal tuition. “I think we're expected to play a sax a certain way and I've found a way that I enjoy that's not that,” he grins. “And it feels like singing.”

In a few weeks from now, DePlume will take the stage at the Barbican, alongside over 30 other musicians, for Dreaming in the City: 30 Years of Music in East London. The event is a collaboration between Boiler Room and the now-legendary studio and label Total Refreshment Centre. Back in the 1980s, Total Refreshment Centre's premises was taken over by a couple of Jamaican entrepreneurs, who transformed it from a gear box factory into a Caribbean arts centre. More recently, it has become an incubator for the brightest stars of London's exploding jazz scene, and this evening is filled with the sonurous harmonies of the Deep Throat Choir, and the lingering smell of cooking from its shared kitchen. DePlume shines with gratitude when describing the space.

“I think of TRC [not as a place but] as the people who do it. There is an energy here. The team are devoted, genuine, skillful souls who love each other and love music and love people.” After deciding to up sticks from Manchester four years ago, DePlume says he stumbled on the centre as part of a routine search for a new recording studio. “I looked at a lot of other spaces. Most of them were like rabbit hutches, closed off, where people disappeared to.” He frowns. “This was the first one whether they offered me a cup of tea. You can tell a lot about a place by the way people treat each other, and once I saw that, I knew I had to be here. I could not have known how important it was – not consciously anyway. But I'm making things now that I never would have made elsewhere.” 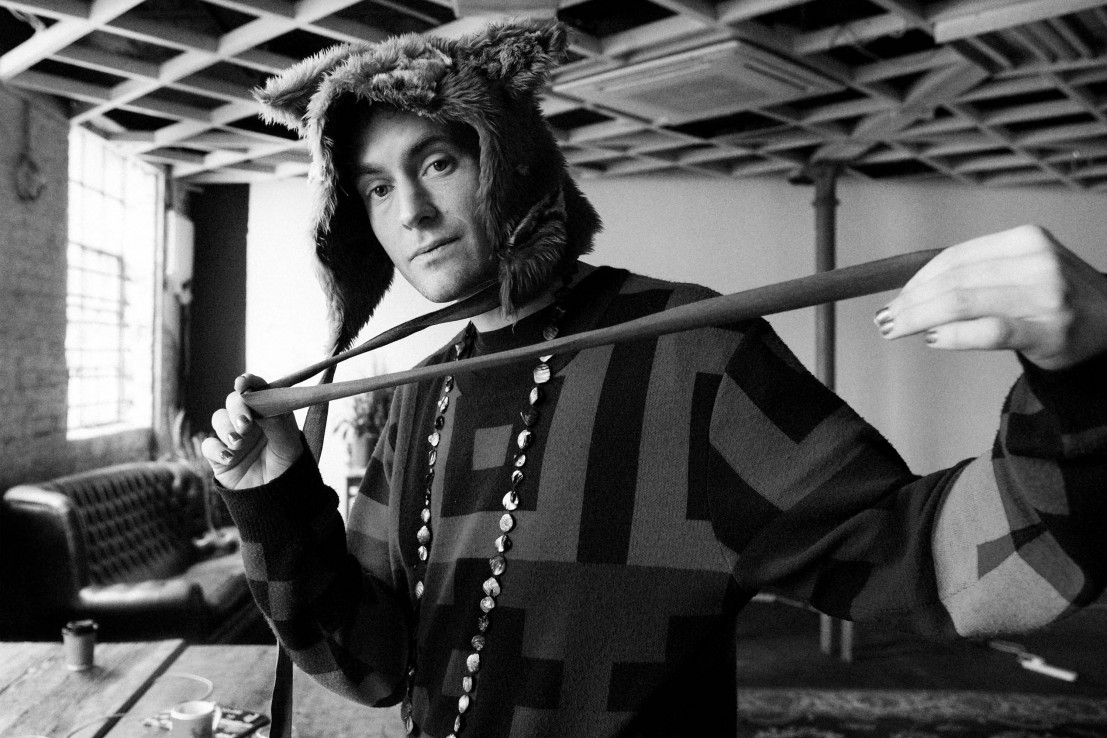 DePlume feels something shifted in him after relocating to the capital. In Manchester, he mostly accompanied others with his sax, and states that he was “all about, 'Oh, I don't need to have people's attention. I'll just be the accompanist who makes the other people in the band sound really good.'”

“I used to think of it as quite a humble thing, but actually, now, I think it was an ego thing... at least it was coming from an egotistical place, I think.” We talk about the experience of 'coming to London' and the suspicion and doomy expectation some non-Londoners can often heap on it. “People say it's hard down here,” he says. “But I think it's quite a lot easier in some ways. I do love Manchester. But when you go to a different place, you get to decide who you are [again]. London took me at my word.”

Live, DePlume challenges himself by recruiting a shiny new band of musicians for most gigs, and is keen to stoke connection between the players. He also encourages his audiences interact, too: at a recent performance at London Fields' Hangar, this meant asking attendees to “do him a favour” and talk to someone they'd never spoken to before. He laughs at the absurdity of a culture where people turn up, dance and go straight home. “If we're going to get all the people together, they need to meet each other, right?” he exclaims. “It's quite bizzare to get them to do a thing and then go away! I find that really funny.” 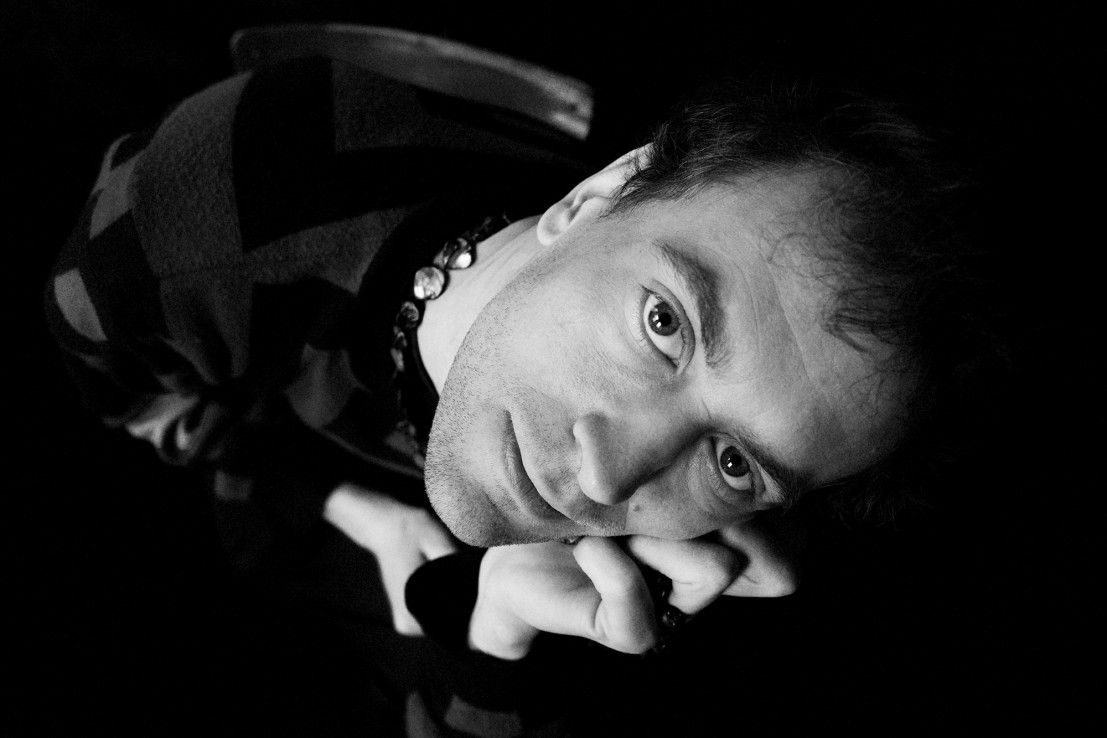 With the Comet tour pending, I question how DePume plans to cultivate that closeness in bigger venues. He's adamant that it takes collaboration: “The way to connect with those people who are going to be there depends on them,” he says. ”They've got half the language that we're speaking. Sometimes I like to meet them, in the queue, perhaps. I find that if you give up something, if you are vulnerable, people respond in kind.” He also understands that the ensemble has a crucial part to play in setting the tone. “If you demonstrate between you and the players, reaching them and including them, you are demonstrating to us all that we are welcome and appreciated. The musicians are there, yes, to make the sounds, but they are also there as a theatrical thing where we demonstrate – this moment is about appreciating people.”

Now his album has been released into the wild, DePlume will make a smattering of festival appearances – most notably at Cambridge's We Out Here – and is queuing up more projects to launch over the coming year. “I have a new collaboration with Joshua Idehen, who speaks with the Sons of Kemet and Benin City. He's heartbreaking, beautiful and now we've recorded an EP. And I've made an album with Danalogue from Comet.” DePlume also recently squirreled himself away on an isolation retreat to start work on his new album. “Last time I did it, it was a goods shed in Stroud, where they kept all the trains in the 1800s. They gave it to me for a week.” It all sounds quite full-on. “Yeah... You go a bit funny in the head. I think we have an idea of the person we want to be, and whoever we're talking to – even if we're just buying chips – that person is in the back of our head. And the only way to get away from that fucker is to have no one to talk to.” DePlume says it's only when trying to make things that his desire for human connection poses a problem. “If I'm going to get my work done, I need to be by myself. Because... I like music, yeah?” he says. “But it's never gonna be as good as people. I think people are amazing.”