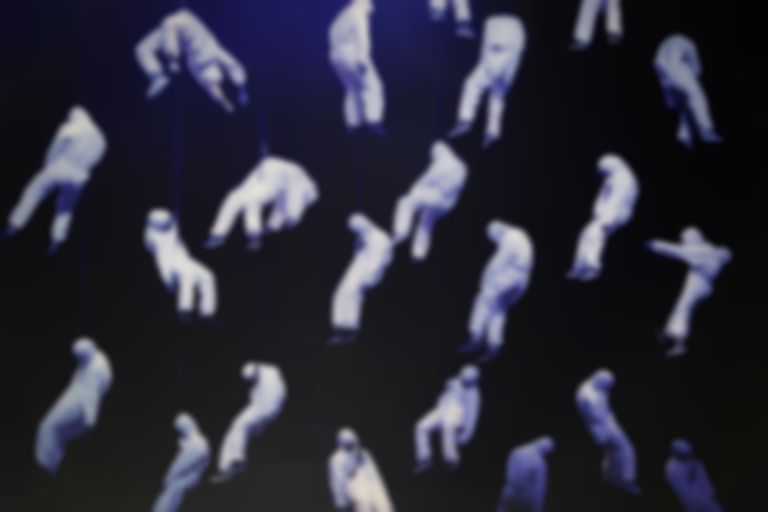 Since starting way back in the pre-festival boom of 1994, Super Bock Super Rock has moved through a variety of locations (from football pitches to beaches) but it seems to have found something of a settled home for itself in the urban landscape of Lisbon’s Parque das Nações.

Despite the sheer amount of concrete surrounding it, SBSR manages to feel beautifully open thanks to its proximity to the Tagus River, which extends out from the very edge of the festival site to the headland opposite, some 10km away across the bight blue water.

Satisfying succinct, the festival takes place over three days, open from around 5pm in the evening until the depth of the night, a concise of auspicious local bands nestled alongside the very best in the business. Unlike many of its European counterparts, SBSR doesn’t flood every inch of its weekend with a multitude of stages and bands. Perhaps the festival’s biggest asset is the fact that, should you choose to, you can see (some of) every single band on the bill without too much effort. There are faint crossovers but also as much breathing space as you’re likely to find on a festival bill that delivers some of the biggest names in the game.

For that, and a whole other number of reasons (Urban art displays! A half-pipe! One of those bike things they strap you in that go 360-degrees!) SBSR is wonderfully, uniquely chill. From the lack of queues across the weekend, to the lounge area on the edge of the river, the buoyant vibes seem to circulate throughout it’s duration and they help to make it the unhurried-but-indispensable gem that it is. 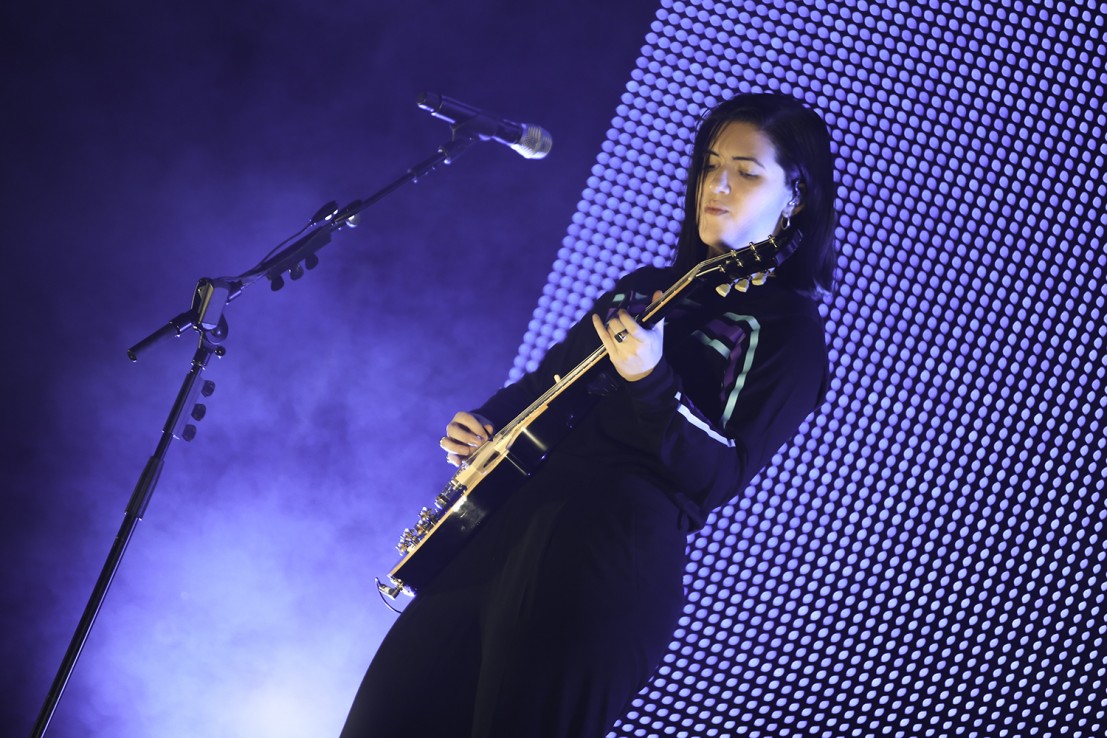 As with most festivals these days, you expect a good spread of food and drink options and SBSR excels in those areas. “Super Bock”, for those of you that aren’t aware, is one of Portugal’s premium beer brands, so while they’re the only beer available on site, it also means that it’s both good and affordable - an all-to-rare treat on the circuit. Elsewhere, the festival also has a relationship with Somersby Cider who provide ice-cold cider, a late-night stage, and a chill-out area on the river’s edge. There are also wine and gin bars inside the stadium, and various health-food, fresh product juice bars to appeal to the non-alcohol consumers.

The Portuguese love their food, and SBSR does a stellar job of providing a good spread of local - rather than multinational - eateries. Spanish chain Telepizza proves to be endlessly popular across the weekend, but there’s a multitude of options from Mexican and high quality meat dishes, to churros, fresh Spaghetti, and a never-ending supply of free! sorbet ice creams.

Parque das Nações is situated a little bit out of Lisbon’s main downtown area, offering something of a reprieve from a city that is currently being swamped by Portugal’s recent up-turn in tourism. The city as a whole certainly lives up to its flourishing place-to-be label, with the winding streets of its bustling centre an ever-present mass of holiday-makers, street performers, and guided tours. If you’re coming for the whole weekend, however, it’s still very easy to enjoy both of these sides to the city, with the festival site just a five minute stroll from the Oriente station which has great links to all the happening tourist spots and more affordable accommodation areas.

Travel across Lisbon is fundamentally cheap and easy. You can buy a travel card for just 50 cents and then simply add as many journeys as you like to it (10 journeys will cost you around 10 Euro). These can then be used across all modes of city transport - subway, train, bus, and even boat.

If you’re in a rush, Lisbon has a bustling Uber network which offers taxi journeys around half the price of the “official” city cabs, which come with oft repeated whisper-warnings about both their costly price and less-than-sincere relationship with tourists. 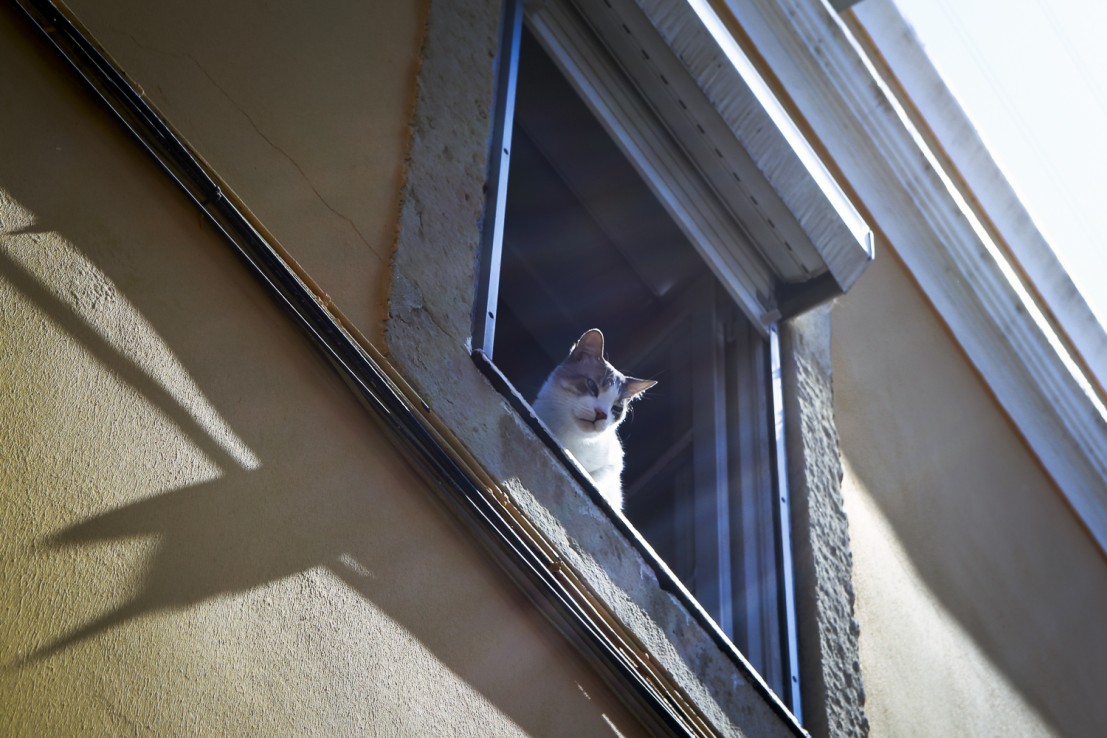 As mentioned above Portugal is currently embracing the tourism boom that has been steadily rising over the past half-decade or so. This means a couple of things for Lisbon. One, it’s a great place to visit right now, with the majority of local business catering to the swathes of visitors. Secondly, the demand is outstripping the supply somewhat, leaving much of Lisbon as a building site, as it tries to cope with the sheer number of people heading its way. This can mostly be ignored, however, thanks to the majestic beauty of the streets and buildings, as well as the richness of its history. It does make for a lot of queueing in the top tourist spots, but Lisbon is a sprawling city so there are still pockets of peace and quiet to be discovered amid the boom.

Firstly there’s the Amalfa district, the city’s oldest district, and a distinctly European, higgledy-piggledy cluster of tiny streets to wander around in the heat of the day, full of exquisitely-tiled fronts and intimate cafe spaces. A little out of the main town, an exploration of the beautiful Estufa Fria greenhouses provides an hour or so of tranquil escape; housing three majestic greenhouse gardens, waterways and striking greenery, the whole thing providing an urban oasis to shelter from the world for as little or as long as you desire. 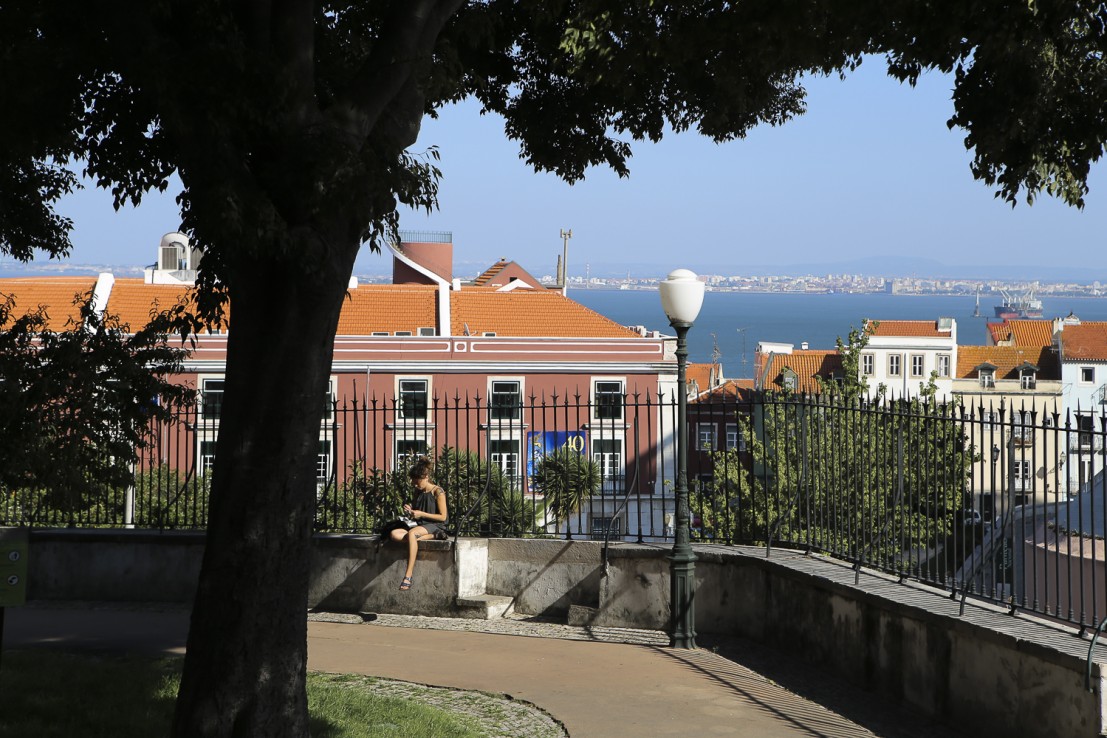 Further afield, due to the festival’s later kick-off time (the first band begins around 5pm), there’s ample of opportunity to get the nearby coastline. There are numerous stunning beaches around Lisbon, the quieter, more spectacular ones require a car, but trains run to the popular Cascais beach every 20 minutes or so from the centre of Lisbon (costing just a few Euro), leaving plenty of time to sun yourself on the white sand and leap in the crystal clear sea. 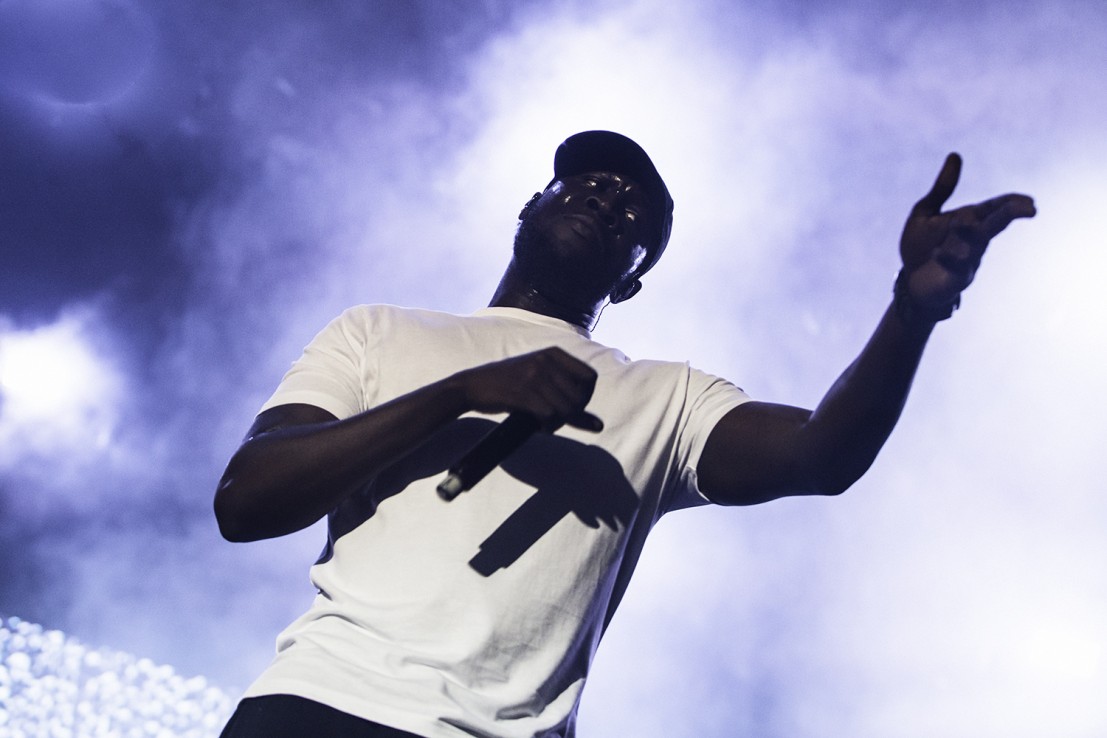 The jewel in the crown of SBSR is it’s “main stage”, which is in fact the biggest concert venue in Portugal - a 20,000 capacity indoor arena that plays host to the festival’s biggest acts. Despite the size of the venue, the bigger names have no problem pulling in a huge crowd, and there’s something genuinely inspiring about seeing the sea of people that fill the huge open floor. Being a ready-made concert venue, rather than a make-shift stage, also means that the sound and light show is immaculate, offering a thrilling addition to the music itself.

Day one sees The XX and Justice deliver characteristically emphatic sets; day two is led by Anderson Paak, who delivers the set of the weekend, ahead of Travis Scott’s fiery and ferocious recital; and the weekend is rounded off by Stormzy’s suitably emphatic delivery, Benjamin Clementine’s unique and engaging parade, and a mighty wall-of-noise from Julian Casablancas & The Voidz. All boxes ticked; and more. 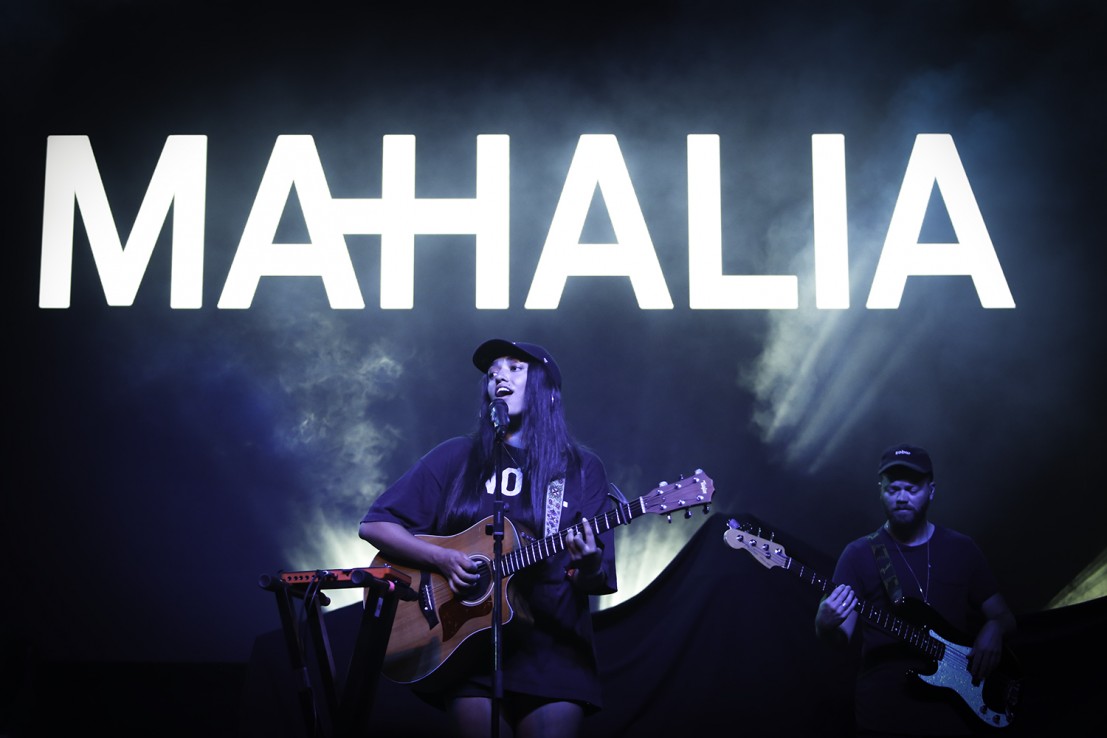 Mahalia didn’t come on stage until 1.30am, the penultimate slot of the opening day, but her wondrous voice and always-charming persona lifted any thoughts of slumber. Latest single “I Wish I Missed My Ex”, which seems to have lifted her to all-new heights, goes down as well as anything across the whole weekend, the elegant R&B sway of its production as exciting live on stage as it sounds from the studio.

Elsewhere, Sevdaliza continues her lofty ascent in to the darkest climes, offering another beguiling meeting of crisp trip-hop beats and alluring voice, while DC rapper Oddisee (far from an “up-and-comer” given his work over the past decade) lights up his surprisingly early-slot on the second stage with a gutsy and often phenomenal performance of his much-lauded work. 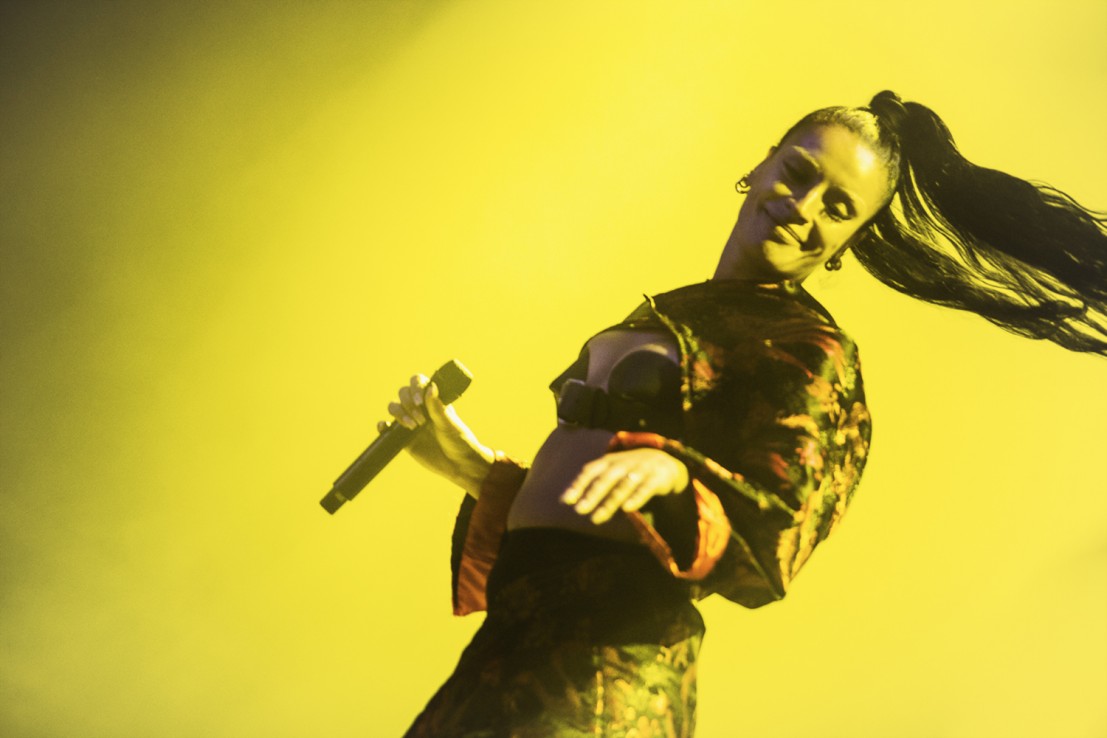 SBSR is the all the more intriguing thanks to the amount of Portuguese artists it chooses to showcase among the more internationally-renowned names. The smaller of the three stages acts as something of a local showcase, and Porto duo Sunflowers immediately shake things up, their brand of noisy, scrappy indie-punk making for a blistering start to the festival’s closing day.

Where the idea of a Eurovision contestant means something altogether different in the UK, here it’s a something to be celebrated, and Isaura makes good on such sentiments, the co-performer of Portugal’s 2018 Eurovision entry performing an alluring set of slow-mo pop songs in the heat of the early evening, back where it all began. “My first concert presenting my own songs was back in 2015 on that same stage,” Isaura (pictured below), by Simão Paula) tells me after her show. “I remember not knowing if I would get other opportunities in music and not having a clue on how the public and my EP Serendipity would relate! Having the opportunity to perform there again made me feel really good.” 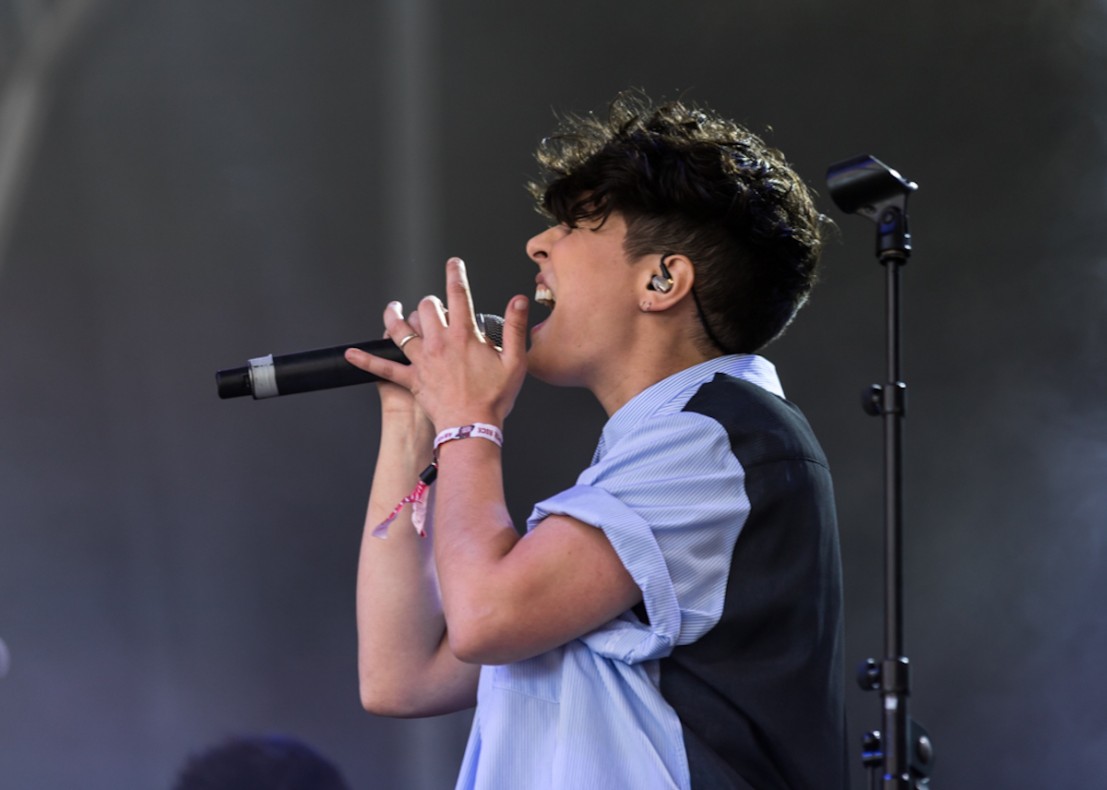 One of many Portuguese artists performing at this year’s event, Isaura believes the country’s music scene is currently thriving. “I think it's better than ever,” she says. “Not only artists themselves but producers and songwriters. Portugal isn't used to exporting music - we import mostly - (but) this mades us evolve and be musically connected with the world. I write and sing in English, mostly because the genre I'm exploring makes me do it, but even if just on the back of my mind there's always this will to sing for the world.” 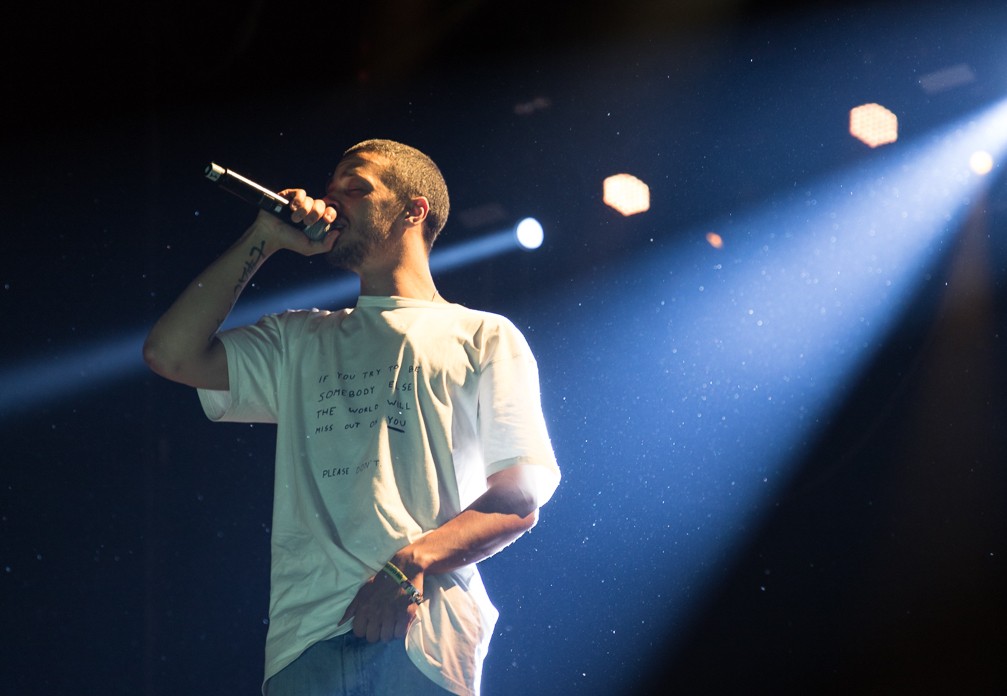 Billed as “the most talked-about name in Portuguese music at the moment”, Slow J (pictured above, photo by Andreia Carvalho) carries the Portuguese mantle forward, makeing the very most of his main-stage slot, wrapping up the huge crowd with a hearty dose of jazz/rock/pop with a handful of guest-spots from his recent debut album sending much of the arena in to delirium. “The Portuguese scene is very peculiar,” Slow J tells me after his set at this year’s festival. “You find all of the people who came from the Portuguese colonies from way back. You find all this mixture of South American, African, and European too. It’s melting-pit. You can find really interesting musicians in Portugal.”

What’s most inspiring about his set is the sheer amount of people singing along to the songs; a visceral reaction to the art of a good chorus. “I put out my first album in 2015 and it’s been amazing to just see it grow, little-by-little,” Slow J continues. “There were no hits, only the full album of songs to grow and grow, and all of a sudden we’re on these huge stages. It’s a crazy experience.”