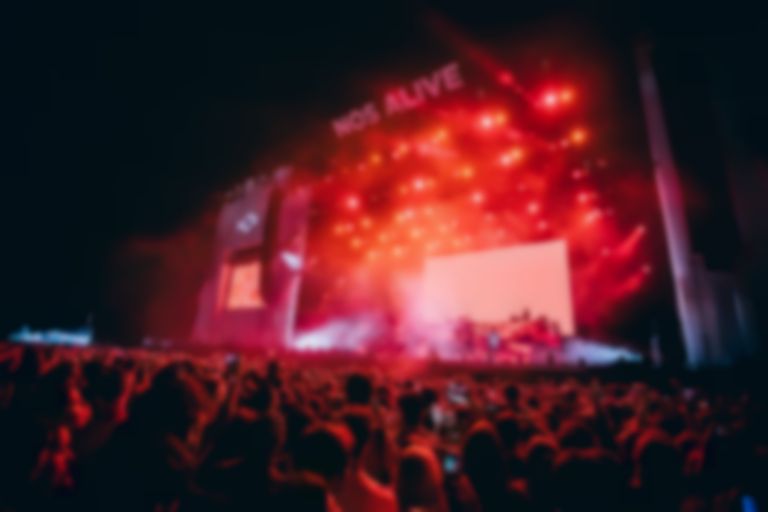 NOS Alive festival will return to Oeiras in Portugal in just a few weeks time, boasting a line-up that features rock titans such as Nine Inch Nails, Pearl Jam and Arctic Monkeys as well as the likes of CHVRCHES and The National.

Running since 2007, the festival has become one of the bigger features of the wider European festival circuit, continually serving up stellar line-ups that keep it at the top of its game. However, there is so much more to be seen at this festival that lies within walking distance from Lisbon Downtown and a mere fifteen minutes from the beach. Before we head down to the festival on 12 July, we picked out the top seven emerging acts that are not to be missed at this year’s event.

Hailing from Leiria in Portugal, Surma released her debut album Antwerpen last year, but she's already back with new material having just released the eerily stripped-back track "Something In The Way", beckoning in a new stage of her career and giving just a taster of what her NOS Alive performance could entail.

Her music edges between magical surrealism and experimental soundscapes where she pushes the boundaries of what is expected from pop music. She plays guitar and bass and utilises loop pedals to incorporate wonderfully strange electronic lattices into the framework of her sound.

Another Portugeuse act, Mighty Sands are local to Lisbon and play chilled out 60s surf rock that's peppered with winding guitars riffs that twang out with effortless, bedroom-produced style power.

Their sun-bleached sound bathes in nostalgia but retains a certain DIY garage rock sensibility that means that the laidback fivepiece will not doubt provide the perfect backdrop to a day of warm, summery festival goodness.

Papillon is the moniker of Rui Pereira, a rapper who is one fifth of Portugeuse hip hop group GROGNation and is currently making his mark on the Portugeuse urban music scene. He is proving to be on of the most exciting young urban artists in Portugal, piecing his razor sharp delivery against hard-hitting beats.

The release of his debut solo album Deepak Looper this year further demonstrates his upward trajectory and how he is an act not to be missed at this year's festival.

Bernado is a Portugeuse/British singer whose main weapon is her deeply-soulful voice that is at once timeless in its classic, smokey tones but also refreshing and unique. Having released the stunning EP Live At Sarah's last year, she will bring her summery jazz tones to the Coreto stage on Friday evening just as the sun goes down.

Primeira Dama - or First Lady in English - is the project of Manuel Lourenço, one of the main names behind Lisbon's highly regarded record label Xita Records.

"Rita" is a perfect demonstration of Lourenço's knack for creating delicately beautiful melodies and with the release of Primera Dama's second album, entitled homónimo, has come the confirmation of Lourenço's position as one of the leading lights of Portugal's new thriving music scene.

KOKOKO! is a collective of artists hailing from Ngwaka in the Democratic Republic of the Congo. With a post-punk sensibility, the group play urgent, propulsive punk that is underpinned by psychedelic grooves and jagged-edged beats that bite back.

The collective started with the help of prolific local producer La Belle Kinoise, and after building a studio out of mattresses, wood and a ping pong table, the group began to properly experiment with their sound, developing into the exciting proposition that they are today.

This Portugeuse trio of garage rockers are masters of feel-good, explosive tracks that crackle with excitement and urgency. "Sou Cidadão" may only clock in at just over two minutes, but is a perfect example of their fiery fuzz rock sound that blasts out like a fiery furnace, guaranteeing that their live show will be nothing short of a sweaty mess of fun and intense garage rock drama.