Each year over the course of four days the quiet village of Werchter in Belgium - a village boasting just over three thousand inhabitants - swells  to just shy of ninety thousand for the annual Rock Werchter festival.

Since the first Werchter festival in 1974 it has steadily been earning itself a reputation across Belgium and the neighbouring countries for showcasing a selection of household names, crowd pleasers and a handful of the country's hotly tipped new acts. This year's festival was no different.

Billed as “the loudest silent movie on earth”, Gutterdämmerung is a rock opera designed for the 21st century. Reminiscent of Robert Rodriguez’ Sin City in cinematic style, it mixes black and white film footage with real life acting, music from a live rock band and a splash of pyrotechnics.

It was when photographer and film maker Bjorn Tagemose was working on a show concept with The Hives that the idea of mixing film, a live rock band and heaps of pyrotechnics came together. With Grace Jones setting the plan in motion it resulted in a film that stars a range of modern day musical icons including Iggy Pop, Lemmy, Slash and Josh Homme.

With both the film and the performance narrated by Henry Rollins, a soundtrack that includes such rock staples as Mad House, Ace of Spades and the Deftones classic "My Own Summer (shove it)" helps make Gutterdämmerung quite unlike anything that you’d normally see at a musical festival. 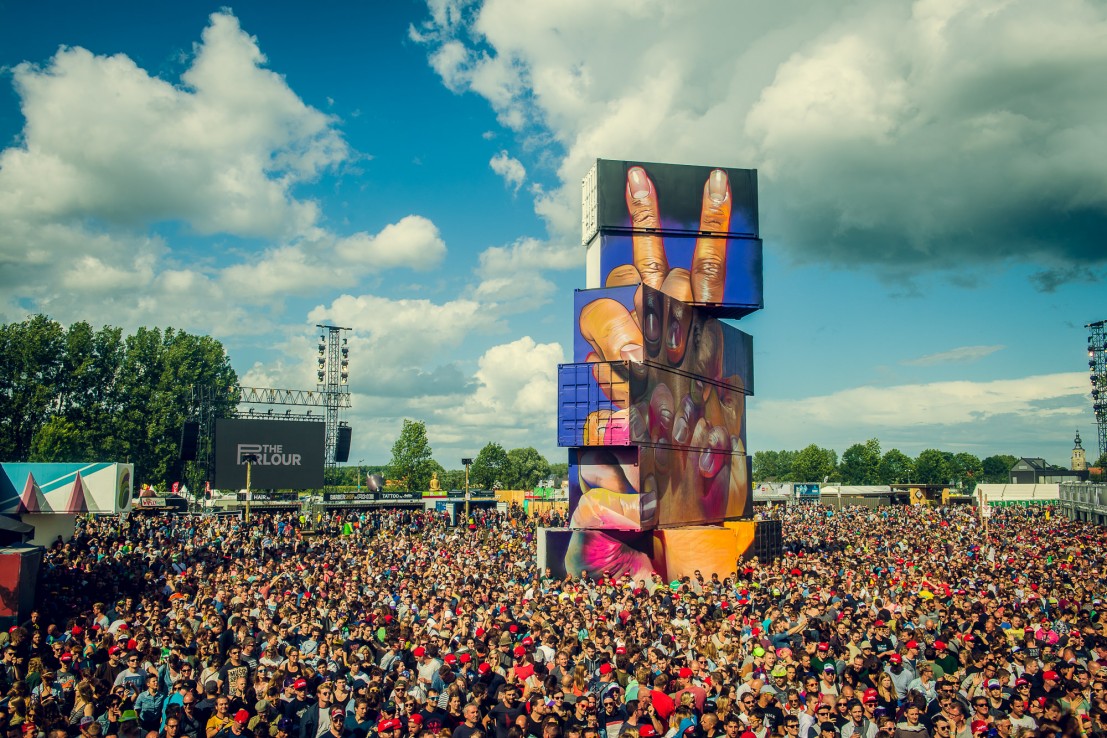 That Rock Werchter has a certain four letter word in its name may make you draw the natural conclusion that it's a festival dedicated to all things heavy and fierce. Though Rock Werchter may have started out dedicated to one particular genre, the festival - like the people who attend it - has diversified. 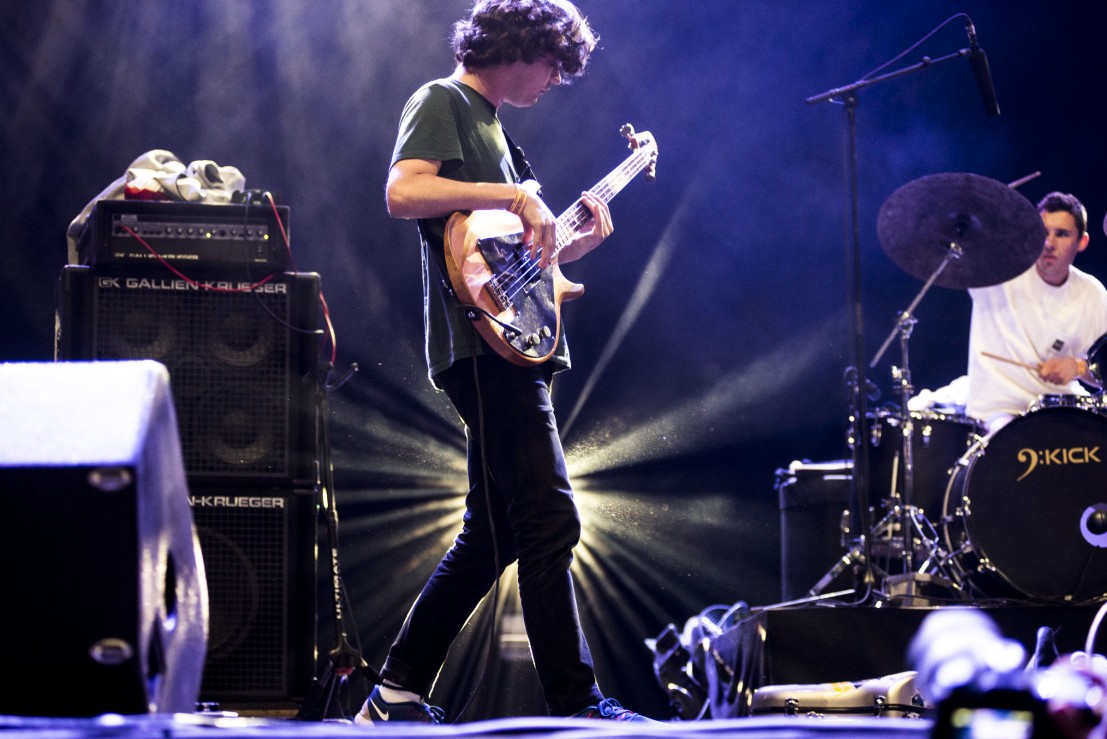 Playing host to a selection of acts who stray from the classic guitars, drums and bass it has morphed into something that welcomes everything from the downbeat electronic of James Blake to the twisting jazz of BadBadNotGood (above) and the upbeat tropical rave vibes of Mura Masa.

On the opening night on the mainstage Ellie Goulding (below) played chart hits such as "Fire" and closed her set with "Like Me Like You Do", where the gathered throng sang along and showed that not limiting to genre can be one of the wisest moves a festival can take. 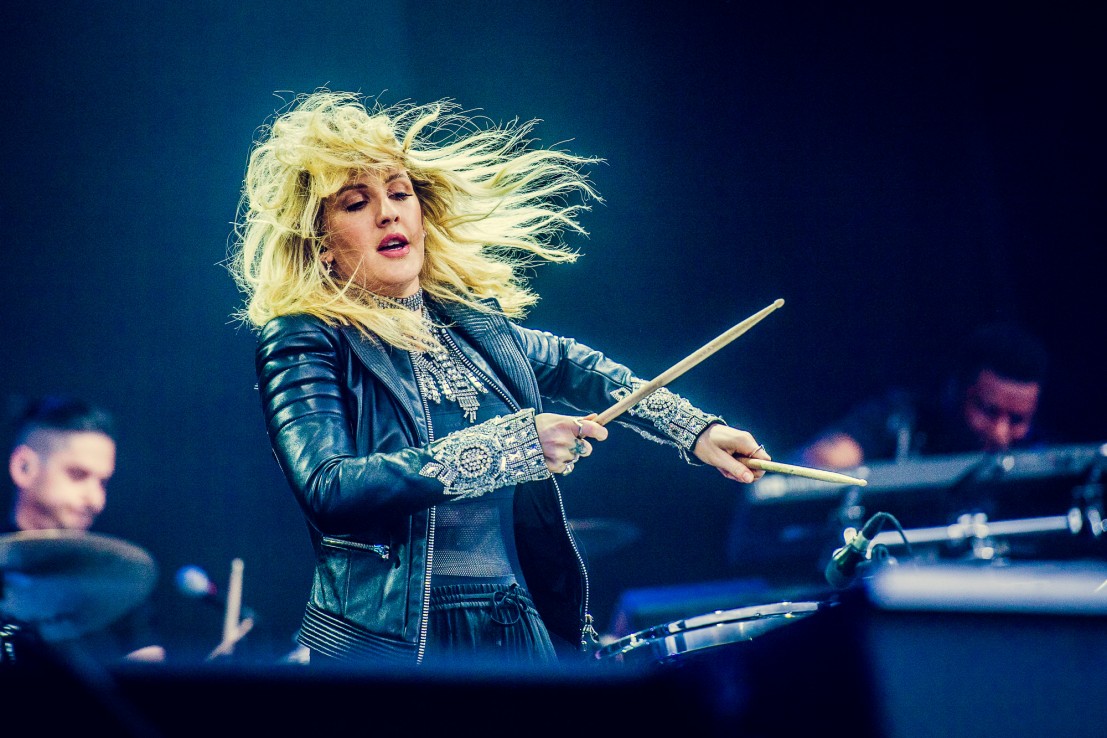 There are no qualms that Thursday night's headliner is of legendary status. Beatle member, solo artist and crafter of songs that have helped shape our modern culture...not many have had an impact the equal of Paul McCartney.  In fact it would be difficult to think of any that would come even a little close.

Opening with The Beatles classic "A Hard Days Night", McCartney went on to play a two hour set of songs that included such staples as "Can't Buy Me Love", "We Can Work It Out" and "Love Me Do" – as well as a selection of his own solo material.

Whilst making the Gareth Bale heart sign with his hands and dipping into emoji culture chat between songs may occasionally reminded you of hip granddad, McCartney remains in a class of his own.

Iggy Pop can still kick it with the best of them.

Paul McCartney was not the only performer over the course of the festival to have legendary status – Robert Plant with his Sensation Space Shifters backing band played a set that leaned heavily on their previously Mercury Prize nominated album Lullaby and the Ceaseless Roar. 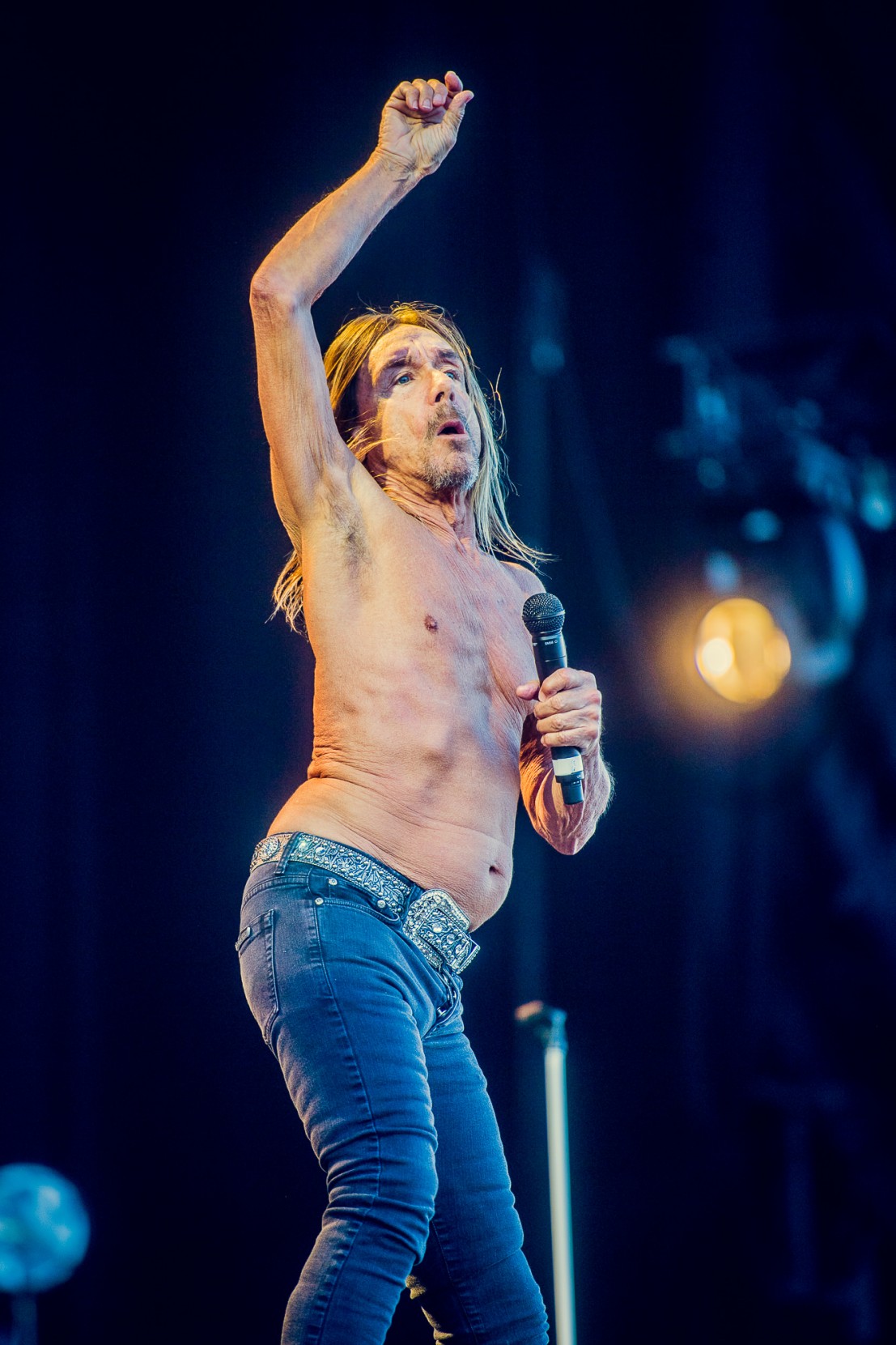 But it was the iconstic Iggy Pop who stole the show on the Sunday with a roaring garage rock led set that left a large imprint. Opening with The Stooges classic "No Fun", the set swiftly became a parage of greatest hits with such classics as "I Wanna Be Your Dog" billowing out loudly from the vast speakers. Solo track such as "The Passenger" and "Lust For Life" got the crowd excited, each greeted by cheers as Iggy stomped across the stage, bare top and chest puffed out.

Ever the showman "Wild One" saw him delve into the pit whilst "Nightclubbing" saw him change pace and incorporate a chair that was briefly sat on before turning into another prop used to entertain the audience. By default Iggy Pop is a natural showman whose performances always contain more energy than artists half his age; each song deserves to be treasured.

The popularity of Years & Years in the UK has skyrocketed since the release of their single "Desire" but the reception they received from the Belgium crowd suggests the love for them extends further afield. 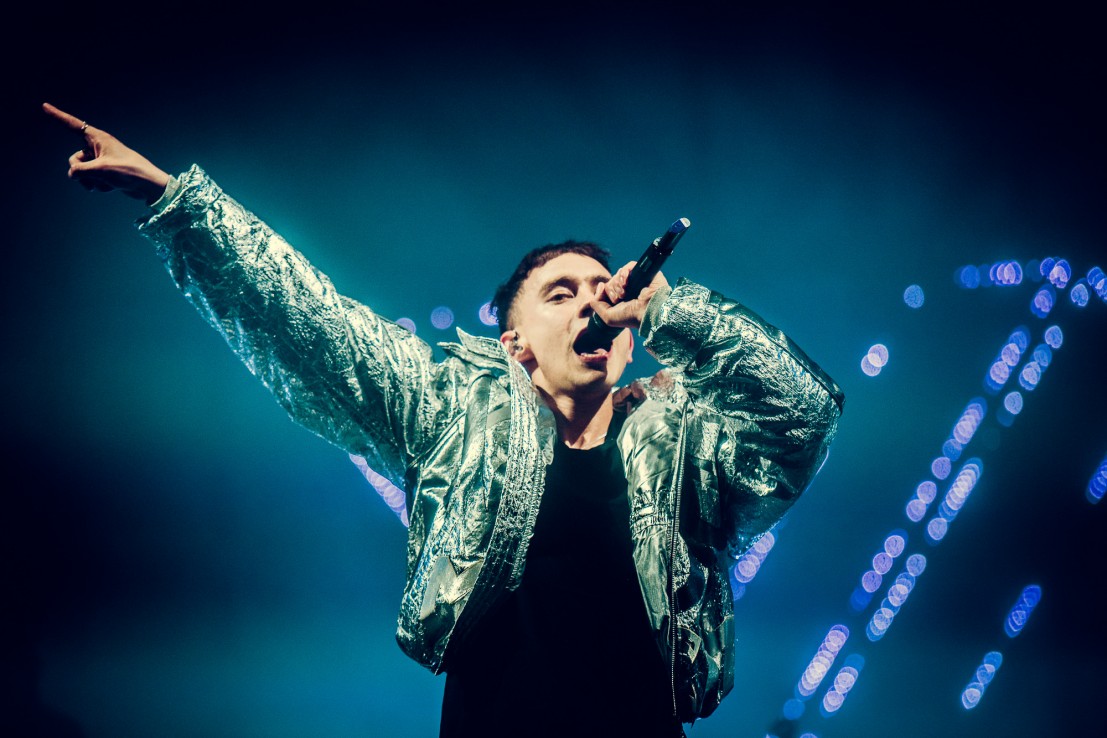 Opener "Foundations" saw the audience give a rapturous welcome but they were the first act to make the whole audience really come alive.  With a crow crammed into the tent and many more bodies spilling outside, eveyrone was more than happy to sing-along to such songs as "Shelter" and "Border" whilst Olly Alexander danced around the stage.

It was also a performance that saw them air a brand new track "See You Now" and its tropical tinged vibes give a clear indication where the band are maybe headed next.

If “Hello Werchter” was the most common thing said on stage then ranking not far behind in the conversation stakes was be the subject of the UK leaving the EU.

Many UK musicians have been vocal on social media, but at this festival it was hard to escape the fact that barely anyone from the creative world is happy with the outcome. 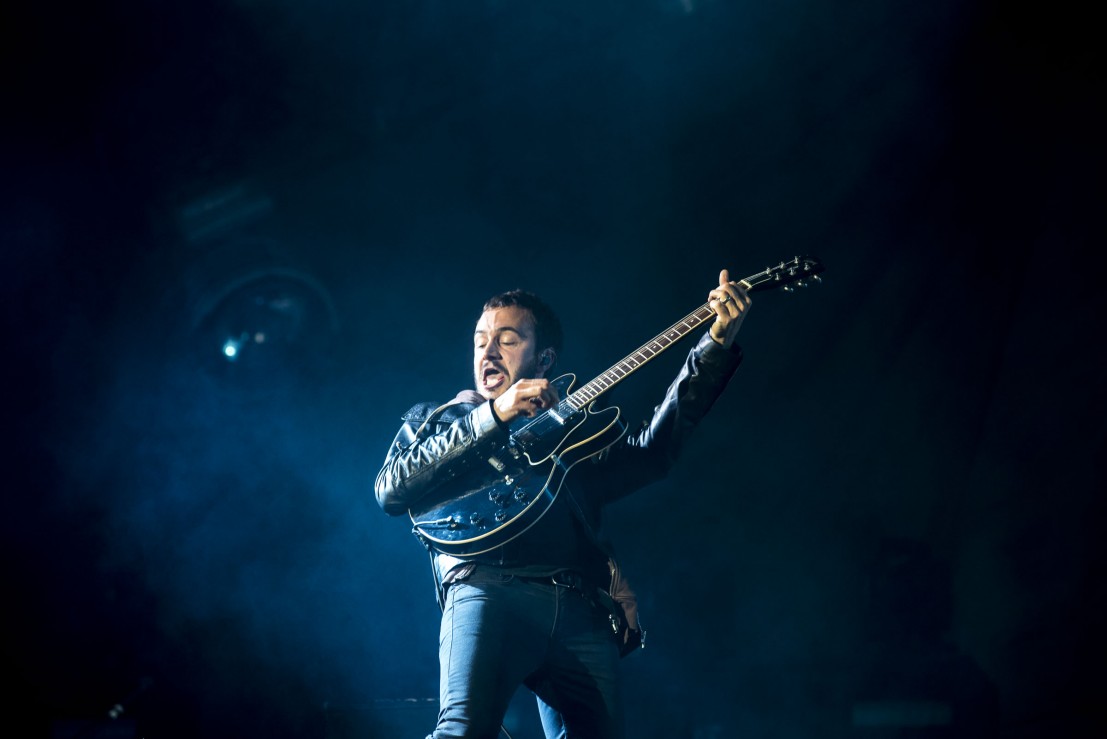 Over the course of the weekend  artists such as Guy Garvey and Olly from Years and Years expressed their love of the EU and apologised for the current situation, whilst others such as Richard Hawley declared he was "European and proud" halfway through his croon tinged, rock set on Friday afternoon.

Tom Smith from Editors (above) called the whole situation "an embarrassment" midway through their Saturday night mainstage closing set.

When things going wrong it’s best to just plough through

Attitude goes a long way to determine how things will pan out. Giving in is always the easy option but adopting a dig in and dig deep philosophy can bring unlikely results. Jagwar Mar found themselves in a predicament where they had no singer for their Saturday afternoon set so instead of giving up and calling it a day they instead embarked on a DJ set heavy with danceable 4/4 beats and baggy vibes. 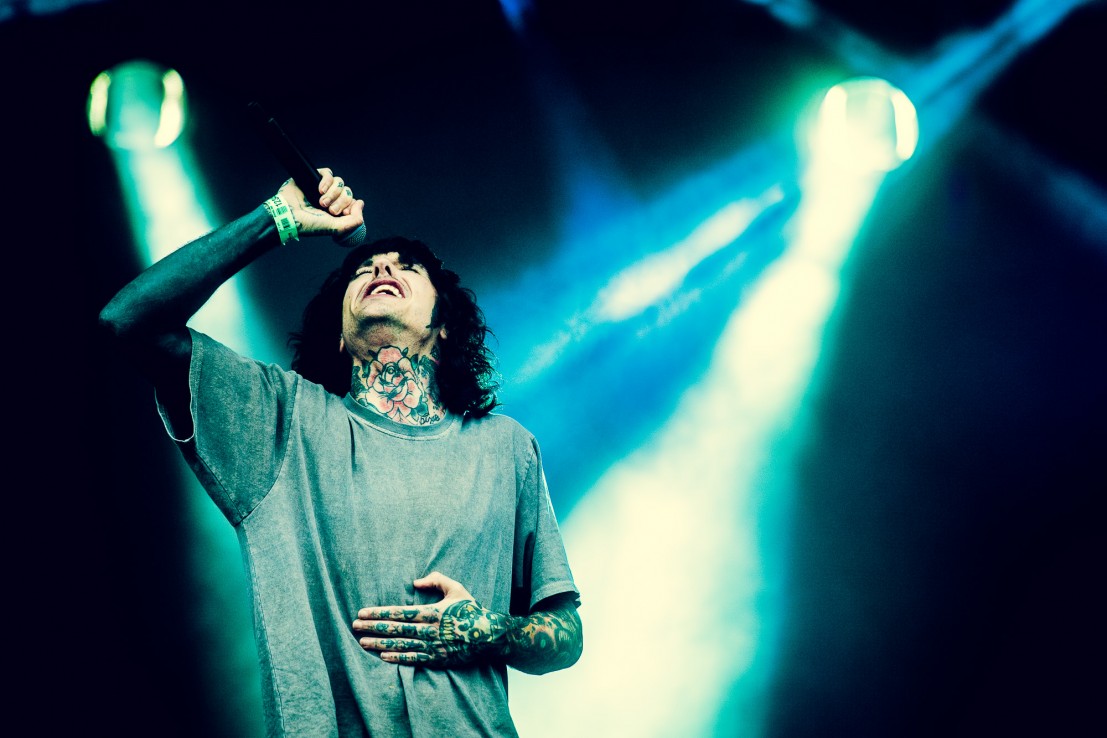 Bring Me The Horizon (above) had similar problems. Singer Oli Sykes suffered from strained vocals but ploughed on through a set of aggressive, high energy riff-fuelled metal rather than pull out at the last minute. They actually ended up cancelling their next appearance at Provinssirock festival on doctor's orders.

But maybe the biggest round of applause for soldiering on lies with the festival staff and audiences for the way they reacted to the driving rain and thick, sticky mud that followed.

It's always worth investigating the locally-produced talents

Alice Dutoit - often known by her stage name of Alice On The Roof - is a 20-year-old pop artist from Mons who has a special affection for Kate Bush and who creates the kind of Scandinavian spirited electro pop that will attract comparisons to Robyn. Opening the second stage on the final day Alice on the Roof played a high energy pop set full of synth melodies and showed enough evidence that she won't just be known within Belgium for much longer.

Find out more about Rock Werchter at rockwerchter.be/en