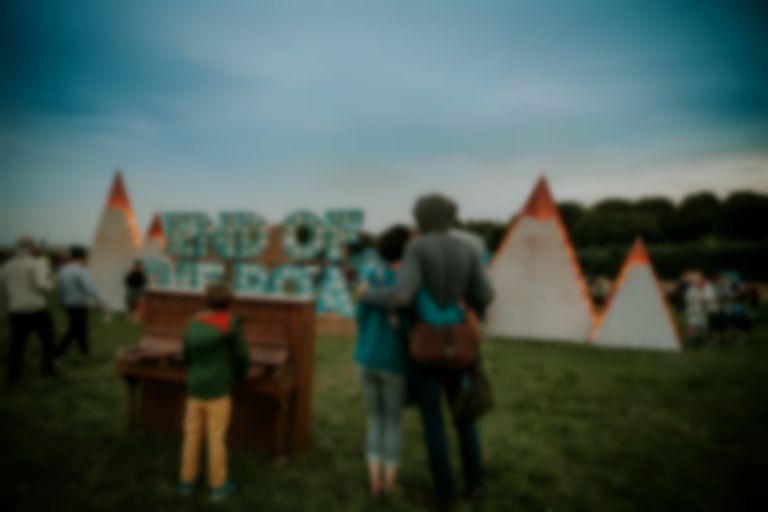 Writers and presenters from Pitchfork, The Times, Uncut, Q, The Daily Telegraph, BBC 6 Music and more reveal their tips from the lower reaches of the End of the Road Festival line-up.

In just a few days, this year's End of the Road Festival kicks off, with a huge number of artists getting ready to wow the senses of thousands of music-hungry revellers across the fest's three-and-a-bit jam-packed days.

There are some obvious names not to miss (hello Bill Callahan, hello Mac DeMarco, and hello Father John Misty), but we asked some people with their ears (very) close to the ground who to be on the lookout for in the lower ranks of the line-up. 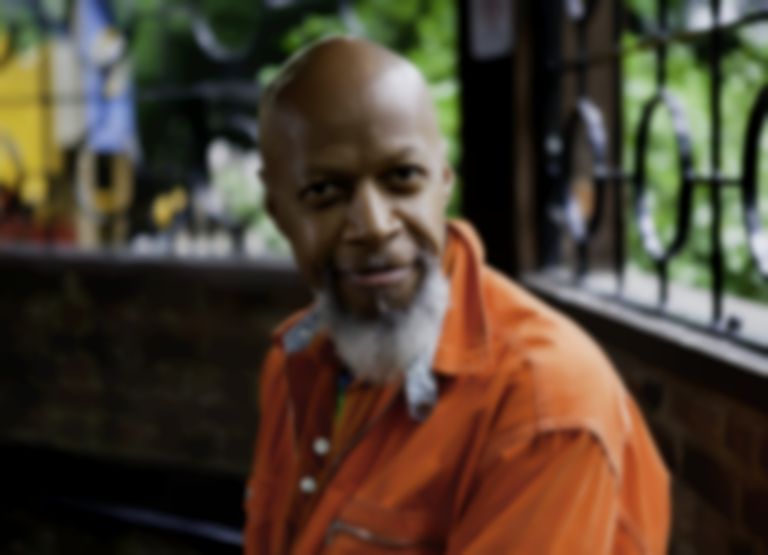 "Just saying the word Laraaji makes you feel calmer, a better person, lighter even. Laraaji entered my life through a series of mystical cassettes I was for a long time unable to find a player for, having dusted off an old Walkman and first entering his world/mind he is now officially my spiritual leader. I’d probably do anything he told me to, even if it was stupid and clearly very dangerous.

"Just trying to write this whilst listening to the great man is almost impossible, 'I Am Sky' from 2013’s Celestial Music 1978-2011, is one of my true loves. My hands have gone all sloppy, my shoulders have sunk to the floor, I’m even dribbling a bit and I can’t stop staring at the sky. This world of his is a truly beautiful one, I strongly suggest you take every opportunity to sink into it. Enter his mind." 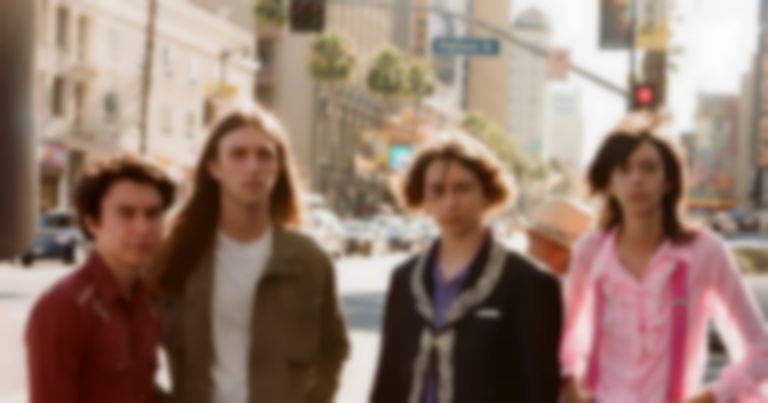 "Anyone who decided to become a rock star after hearing Ozzy Osbourne’s 'Blizzard of Oz' for the first time gets my vote, and Arrow De Wilde of Starcrawler lives up to her hero’s legacy brilliantly. As intimidating as she is goofy, this towering, 18-year-old LA native looks like a lost member of the New York Dolls as she spews blood, attacks the audience, and generally fronts it out with the most exciting new glam/punk band in years.

"Rather more reserved but equally intriguing is Let’s Eat Grandma, two teens from Norwich who capture the otherworldly intensity of adolescent female friendship in experimental pop that is childlike, eerie and imaginative; the musical equivalent of an Arthur Rackham fairytale illustration.

"I also recommend the Honey Hahs, three blonde sisters from Peckham whose angelic looks and naive folk pop songs suggest they might be the lost children of Father Yod of legendary hippy cult The Source Family. And if you are yet to see Michael Chapman, one of Britain’s best guitarists yet also one of its most underrated, you must do yourself a favour and check him out at End of the Road. Michael has been quietly releasing panoramic, world-weary, slightly stoned outsider folk masterpieces for the last fifty years and at 76, he’s better than ever. He is an inspiration."

Will Hodgkinson, The Times 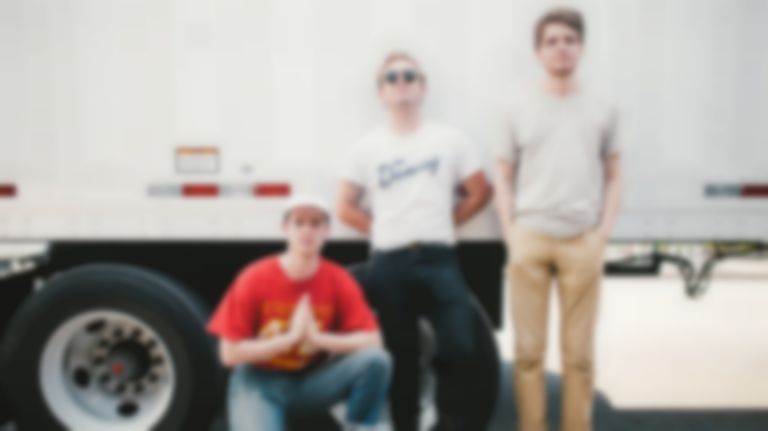 "Atlanta, Georgia’s Omni are about to release their second album, Multi-Task, an apt title for a group who make a lot of noise for just three people. As on their similarly speedy 2016 debut Deluxe, they play razor-sharp and precise post-punk, far from the looser, woozy sound of contemporaries (and EOTR favourites) like Parquet Courts; instead, their metronomic drums, crisp bass and Beefheart-ian Telecaster clang evoke the breathless rush of The Feelies or early XTC’s pocket maximalism.

"There’s a math-rock precision to the work of guitarist Frankie Broyles – formerly of fellow Atlantans Deerhunter – his Fender Jaguar spilling out singing arpeggios ('Choke') and cascades of notes ('Wednesday Wedding') that evoke sped-up gamelan as much as they do the harmonics of early Sonic Youth. Meanwhile, singing bassist Philip Frobos anchors Omni’s lopsided songs amid the blizzard: 'Jealous lovers meet their maker at their own request,” he mutters enigmatically on 'Date Night'. 'You’ve got forever eyes.'

"Multi-Task is a step on for the trio, who’ve now almost totally swapped chords for flurries of single notes, trimming down their songs so every track cuts out in less three minutes. They’re clearly not short of ideas, either; the perforated dance-punk of 'Equestrian' would be a perfect fit in Flying Nun’s early ’80s stable. Elsewhere, 'Type' adds subtle piano to the rush – it’s expansive, exciting and, of course, all over by the three-minute mark. Perfection in miniature." 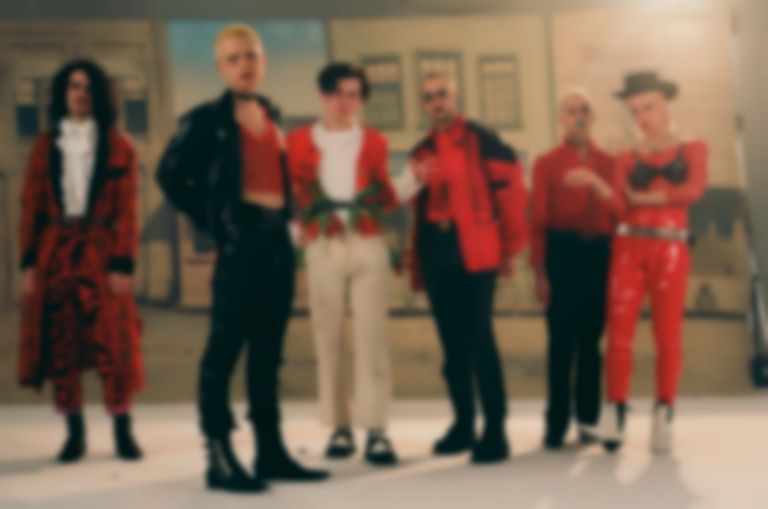 "Important tip: Don’t forget to pack an extra bag for End of the Road – one for all your standard festival gear, and another with what you intend to wear to HMLTD’s show on Saturday afternoon. That should include blue lipstick, platform rockabilly creepers, a faux fur jacket, aqua eye shadow, black nail polish, a string vest, your old school trousers (pre-year 9) and something from your nearest bondage store.

"Anyone who has caught one of their shows already this year will know these guys make an effort so it’s key to pay back that respect. Before every show they perform, the London art school collective measure the entirety of the venue and dress it for a one-off theme. In the past that’s meant people have rocked up to gigs decorated like Heaven and Atlantis.

"We might not get that, but their bat-shit mix of industrial goth-rock, spaghetti western glam, new romantic pageantry and the occasional ’90s rave drop should make up for it.

"So, yes, EOTR may sometimes have more of a reputation for folk/blues/acoustic - and do check out the likes of Nadia Reid and John Moreland across the weekend - but this is the stuff of sweet nightmares." 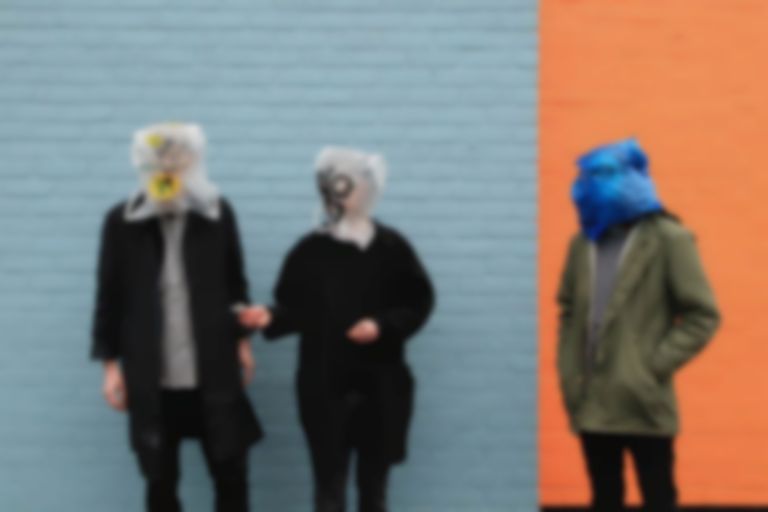 "This Manchester band’s first show at the Anthony Burgess Foundation in Manchester this spring was one of my gigs of the year (for bonus points I took my Dad and he loved them too). Since then they've played a smattering of shows, meticulously honing their live performance, and, I'm told, recording more music to accompany their first two releases Inspiration! and Nothing Is.

"Since their formation in 2016 they've remained pleasingly elusive - early band photos show them in silhouette or with bags over their heads, and we still know little more about them than the fact they're named after a Chinese supermarket, and that they recorded at The Nave in Leeds with production from Matt Peel (Eagulls, Pulled Apart By Horses). But we also know the most important thing: that their sound is an immersive, sprawling, hypnotic thing, krautrock meets psych meets shoegaze, making something visceral and thrilling, with shades of WU LYF, Joy Division, Durutti Column.

"If there is even a crumb of justice in this world by this time next year they will be massive." 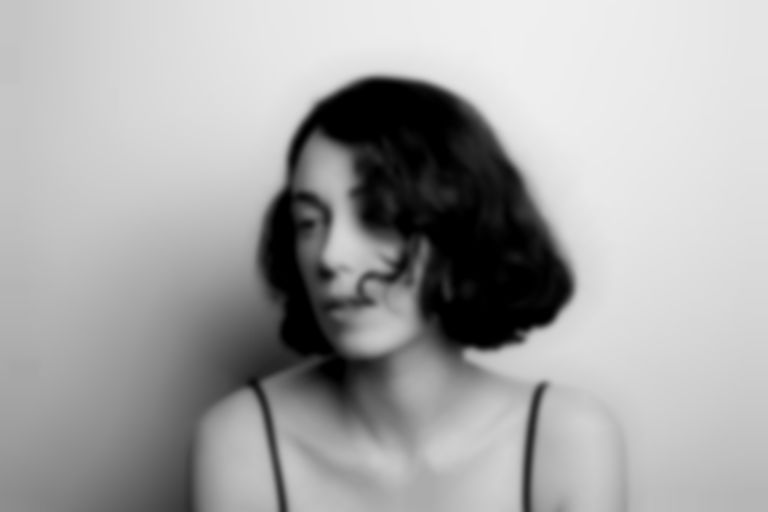 "Kelly Lee Owens’ debut is the kind of dancey, dreamy pop record you can listen to for an entire weekend—delirium in the club, spaced tranquility on the bus home, balm for the hangover. Its blend of physically involving beats and Cocteau Twins elegance makes it tricky to pin down, but you could cheat and call it techno for introverts.

"The album has a sort of measured, melancholy bliss that spills into euphoria at her live shows. Expect a mix of her club-oriented stuff—fashioned after her mentor, Daniel Avery—with gorgeous, refracted vocals that run through the music like sunlight through stained glass." 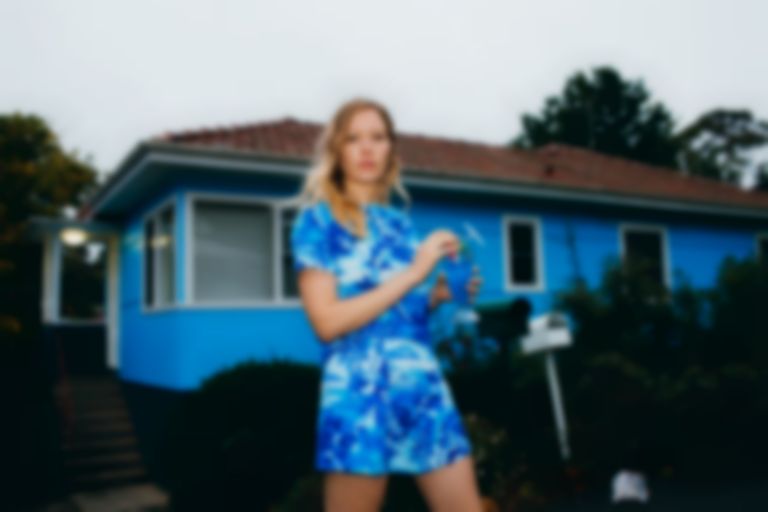 "On Sunday afternoon at End of the Road, there's only one place I'll be: watching Julia Jacklin on the Garden Stage. Filtering aspects of alt-country rock into sparing indie-folk sketches about coming of age, this Australian singer-songwriter beguiled here last year, and has since lived up to expectations with the release of a gorgeous debut album, Don’t Let the Kids Win. Hers is a sound redolent of Cat Power's, with dusty vocals floating languorously over gentle guitars.

"Lyrically, a wistful quality imbues her music ('I want to give you all of my love / But I watch you sink as they swam above'), but there's also plenty of mordant wit in these pastoral melodies. And anyone who can write a waltz that imagines being the child of Zach Braff and Catherine Deneuve is worth making an appointment to view." 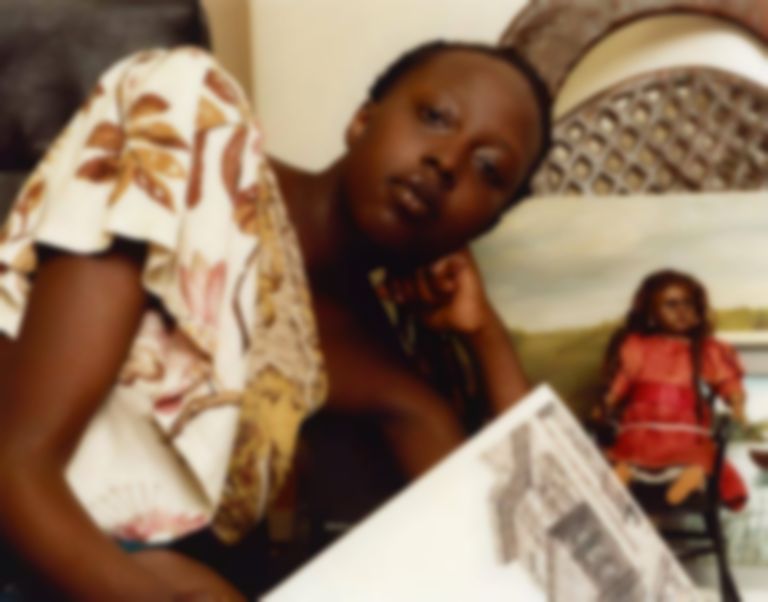 "My tip for this year’s End of the Road is Klein, a British-Nigerian musician recently signed to Hyperdub, who fuses half-remembered vocal lines with woozy melodies before pulling them through a mincer of electronic effects to make something completely her own. I listen to lots of records for Late Junction which means I’m always on the look out for something that sounds totally new and Klein doesn’t sound like anything else.

"She won an Oram award earlier this year, Matthew Herbert’s new initiative to recognise female artists in electronic music, and listening to her records it’s clear why. She veers from glitch pop piano lines and R&B vocal harmonies to some pretty dark sonic territories, layering samples and field recordings with noise until their warped out of recognition. In places she reminds me of some of Hank Shocklee’s early productions for Public Enemy, combined with the magpie approach of artist Mark Leckey on Dream English Kid.

"But on the whole her music slips clear of any easy pigeon holes; she cites her biggest influences as Andrew Lloyd Webber, Pavarotti and Atlanta rap. It’s the first year we have teamed up with the festival to curate an evening of live music and when we were selecting who to invite we were keen to bring someone who represented a new wave of underground music in Britain and for me Klein is that artist. It’s going to be a real experience to see this performed live on our stage on the Friday evening, we’re excited to see what she will come up with." 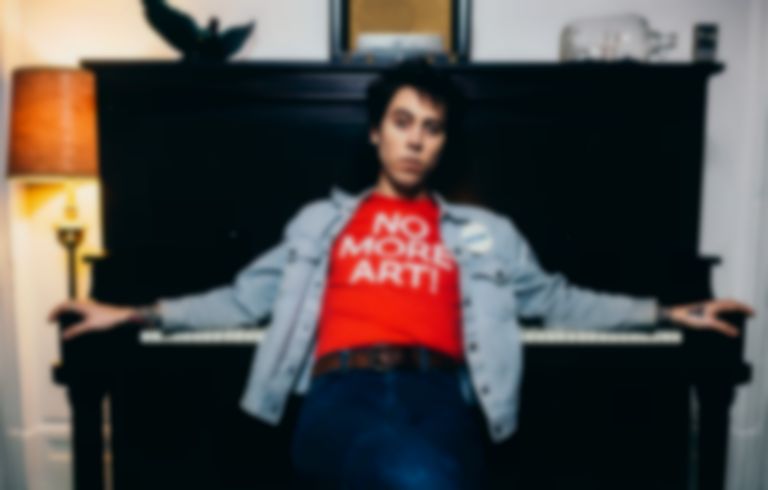 "A musical chameleon in the truest sense of the word. Daniel Romano has spent the best part of 15 years as a true pioneer of the Canadian DIY scene. From his humble beginnings in alt-rock band Attack In Black to his transformation into a nudie-suit wearing country singer: one thing's for certain, you truly never know what you're going to get.

"His latest solo record, Modern Pressure (his seventh in as many years), is a whirlwind of style and influence and truly sounds like it was recorded in a different time. Harking back to mid-'70s Dylan, Romano and band embark on a Rolling Thunder revue all of their own. Absolutely unmissable."