Decked out in maple leaf flags, some of Canadas finest new musical exports are on offer at The Great Escape. Over three days at the Green Door Store, Brighton gets a glimpse into what’s going on in the Great White North.

With its component provinces and territories comes a breeding ground for the kind of escapism, and delicious melody – often with a little extra added attitude and spark – that we can all get behind.

Thursday night kicks off with Toronto, four-piece punks Bad Waitress. Their fuzzy fire-starter attitude knows when to hold and when to fold, and in the ensuing chaos comes the ambition of a band ready to make an impression. Setting their sounds free, and allowing the breakneck speeds to careen around the blackened brickwork while firing on all cylinders, the tone of Canada House is set.

Next up, Nova Scotia’s Keeper E (aka Adelle Elwood, pictured below) and her elegant take on pop gleam effortlessly, vibrantly bringing to life the personal touch of her songs with swift choreographed moves. It’s all about a good time with a message, not to mention living your best life, and none are doing more so than Elwood who beams throughout. 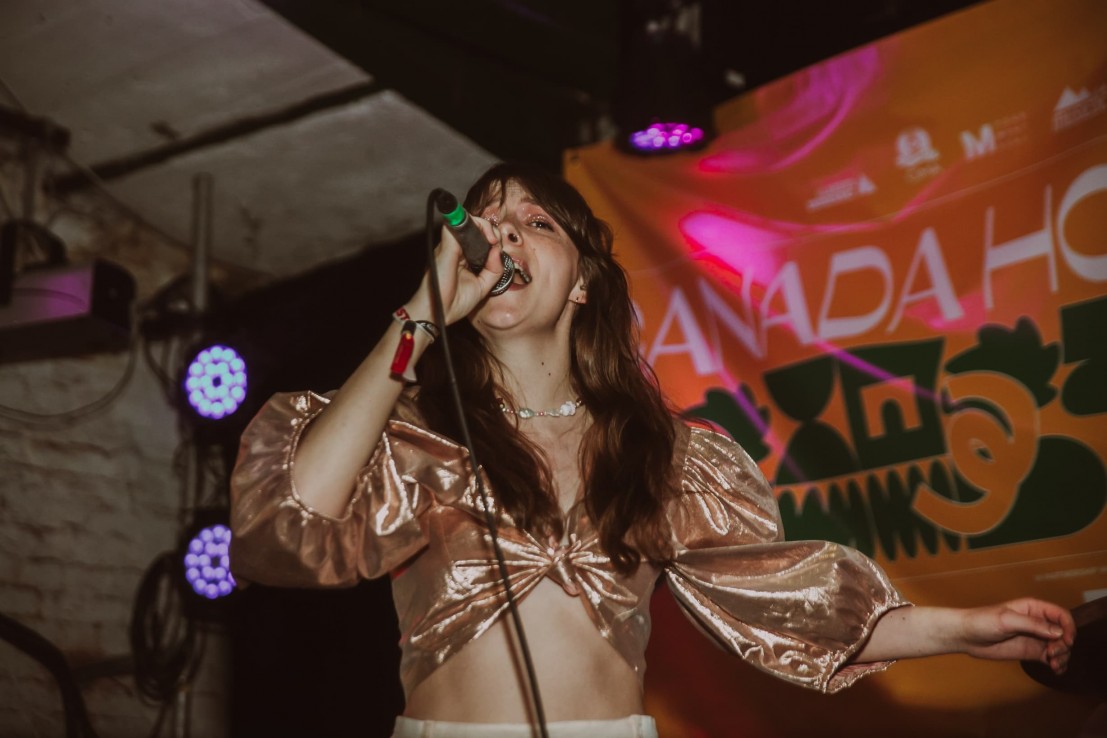 An energetic blast through Naya Ali’s sound sees wicked flows follow her beaming personality along rupturing beats as she fronts for those watching. Stomping and pumping up the energy of the room, the infatuation of the crowd speaks for itself as everyone watches on in awe at tracks from her two-part debut album.

Beats glazed with saxophone and walking bass lines amble their way into the hearts of the early Friday afternoon crowd from Super Duty Tough Work. With the Winnipeg ensemble crammed onto the stage, their mix of laid-back, slacker sounds, edged with a prominent protesting of injustice and world-weariness whips the crowd into a deserving frenzy.

Fellow Manitoban JayWood (pictured below) is a joyous slice of indie, funk and all the scenes in between. Carefully carving out a space where guitar solos can cut through the flickering darkness as much as the bouncing bass lines can erupt sunshine, igniting the crowd to life who are now hanging onto his every word. It’s enough to leave you wanting more as the summery funk of his newer sounds blend with the more relaxed indie of his earlier music. 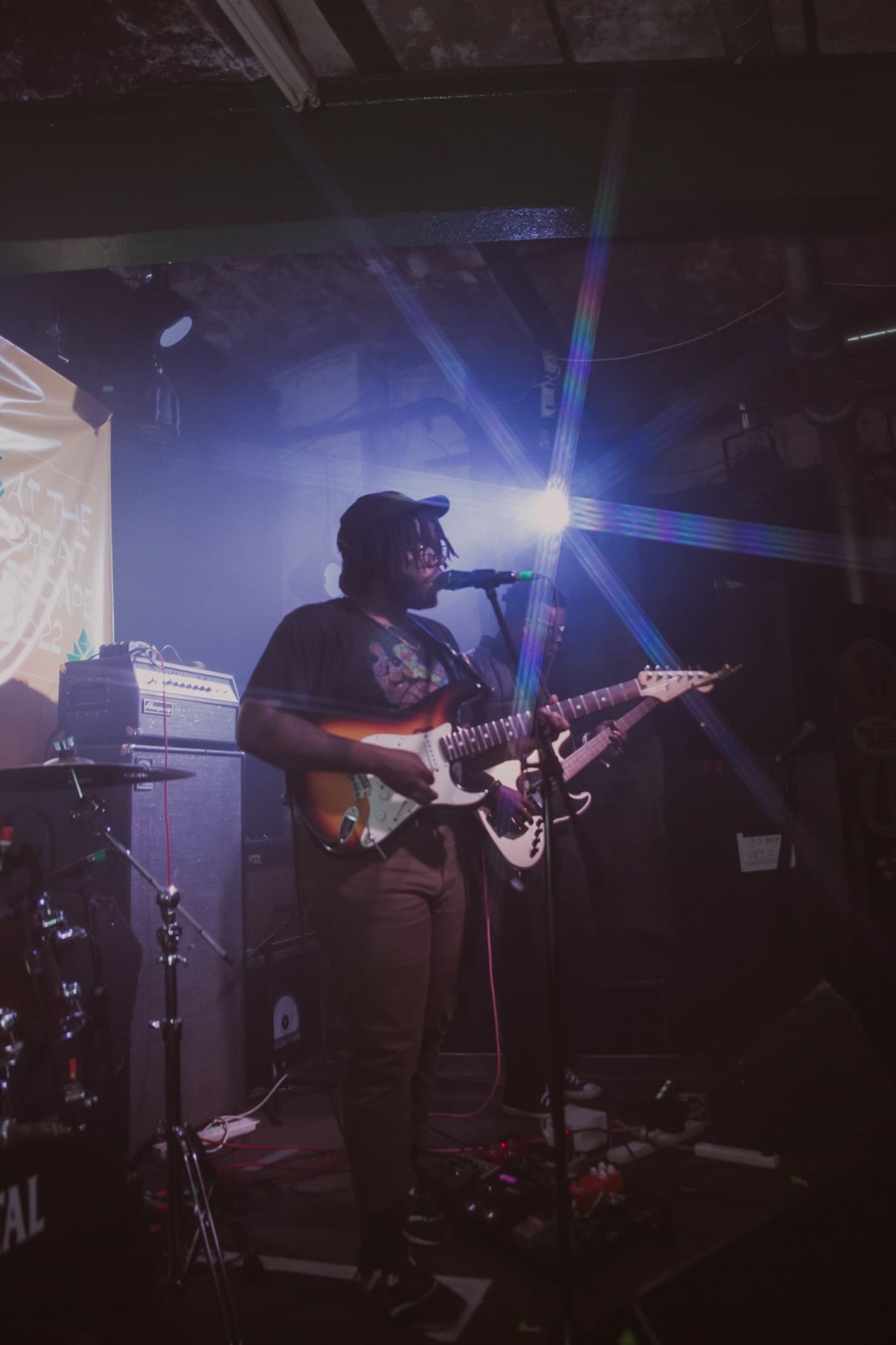 The prairies seem to breed the kind of music that wants to beam out into the world to manifest a new location, and the Saskatchewan trio The Garrys surf music finds its coast in Brighton. A hazy reminder of the lapping sea down the road, the bounding radiance lives with a heart of melody which is as irresistible as it is enchanting without every feeling forced. Harmonies meet in the air, creating a tight-knit charm that lives and breathes in the hearts of those watching.

The snarling bite of Softcult’s dreamy rock-pop hybrid is a perfect Saturday afternoon appeaser. Creating a crush to check out the Ontario sisters, their emotional resonance fits perfectly in amongst the dark railway arch venue; the kind of cavernous space their swelling brand of call-out-culture noise befits with the pair barely visible from the rear of the venue, their words speak for the actions hidden amongst the capacity crowd.

Following up, and brimming with attitude and infectious laughter, Quebec’s Magi Merlin (pictured below) spins tales of free teeth grills, to the mystic and the magic – and even an unnamed new song written a couple of weeks ago – the vibrant R&B with the bars of bare-faced honesty are more than enough reason for the room to quickly pack out again. With every turn into every lyric causing a physical reaction from Magi, be it a shoulder-bopping boogie or a rolling-eyes wander to the place it was written, she's s a vitamin boost for the sore eyes of Saturday. 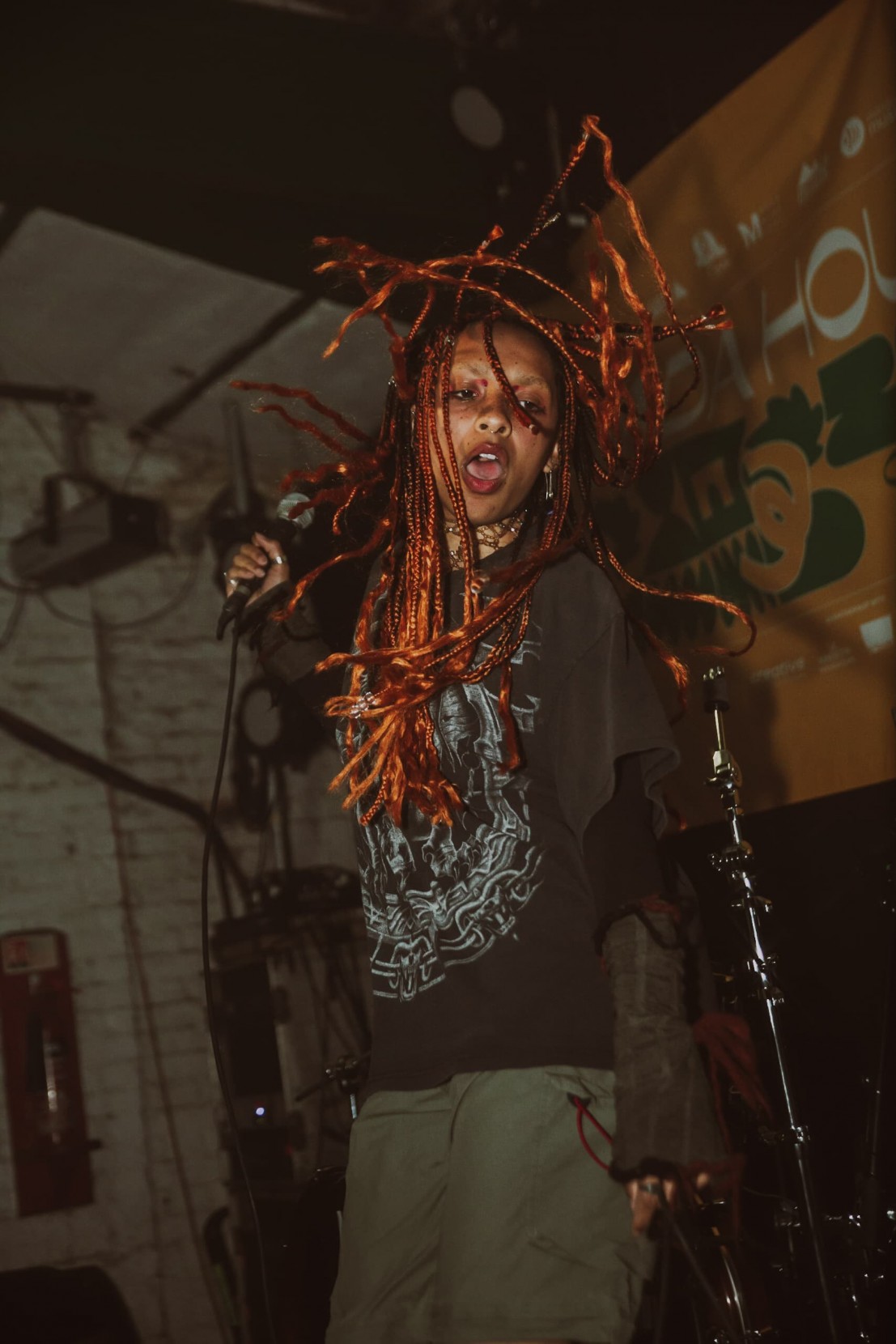 Rounding the Canada House tenure off, what better way than with the glamorous swinging rock sounds of Victoria, British Columbia’s Art D’Ecco. Clad in a leather shirt and trousers, the icon-in-the-making brings his approach to the foot-stomping, attitude-swilling rock that snarls as much as it winks, the enchanted crowd packed into every square inch of the crumbling venue speaks for the charm and potential of Art D’Ecco’s future.