My first impressions on entering the site hosting Optimus Alive threaten to dampen my festival spirit: it’s a car park with an enormous hulking main stage, two smaller hooded stages and more branded eateries and stalls than I’ve ever come across in one place.

The home crowd are already queuing in abundance for dubious branded freebies, with the biggest line of all for the experience of sitting in a basket attached to a crane which is slowly winched towards the darkening sky as it fast becomes a mirror of the concrete below.

But first impressions aren’t everything and the site is redeemed by the kind of features you’d expect from the Portuguese equivalent of Live Nation. The sound is perfect in all three areas and the crews and security carry out a fine job – which is reassuring after the calamity of last week’s Bloc. 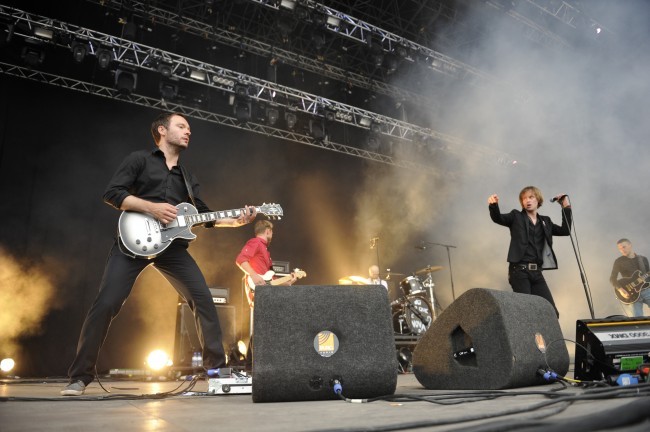 The first act I catch on the main stage are reformed Swedish punks Refused. They play with impressive conviction to a small grouping that barely fills a fifth of the main stage area. Tracks like ‘Faculties of the Skull’ sound strong, with front man Dennis Lyxzén strutting, leaping and gurning around the stage. His stage talk is filled with gratitude at the opportunity to hit the road and play to much bigger crowds than before the break up. One lone group of Portuguese moshers go crazy whilst the rest of the crowd are pretty apathetic and swiftly turn back to their respective queues. 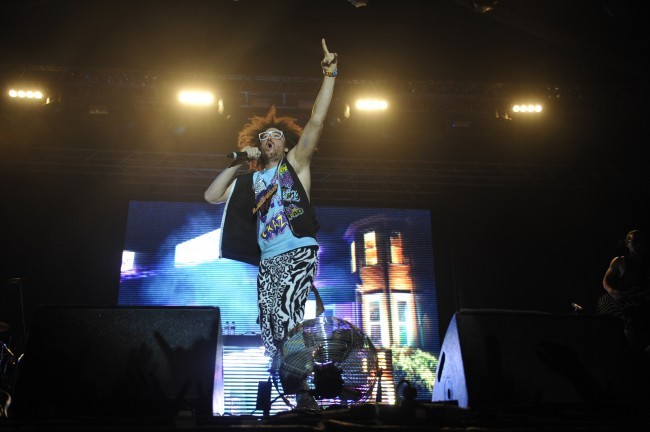 Next up, by unfortunate unavoidable circumstance, I’m affronted by LMFAO on the second stage. They draw the biggest crowd of the night up until Justice close things later, with their puerile, misogynistic, nonsensical lyrics and stage banter backed by a perfunctory mash up of soul destroying sounds. The Portuguese, however, go insane for it, shouting back the words to the band. 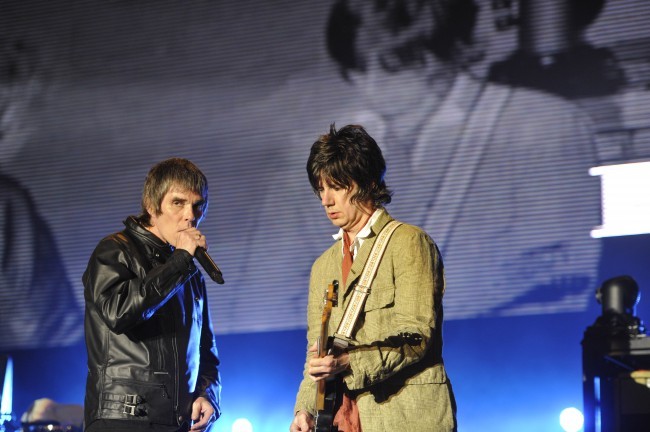 While The Stone Roses plod through their main stage set – with Ian Brown’s vocals flatter than ever and the arena still at much less than full capacity, Santigold takes to the second stage. Her hyping stage talk is lost a little on the crowd, consisting of more than “sex”, “party” and “rock” – but through the big beats, ace choreography, eye catching costumes and a splash of familiar fare like ‘Big Mouth’ dotted into her set, she turns the arena into a proper party.

Planningtorock and Zola Jesus are both pitched against headliner Justice. The former valiantly struggles to keep even thirty people in the confines of her arena although her delivery is on form and the beats remain as hypnotic as ever. Still, it’s a set marred by the cavernous space in front which bars any extra energy being fed back into her performance. 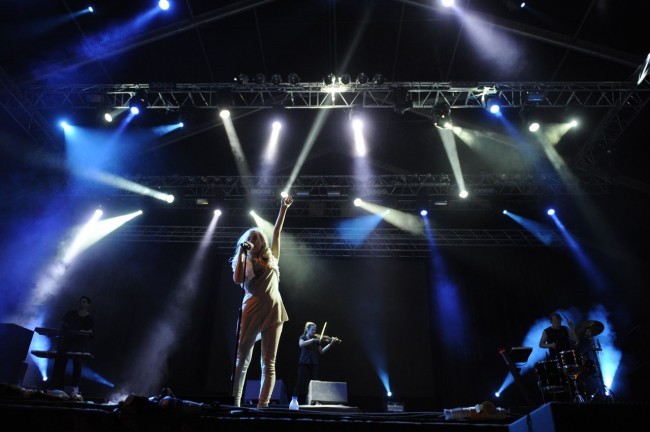 Zola Jesus on the other hand is captivating, powerful and quite magnificent. A tiny white hooded figure, she transfixes the audience as the stage is flooded with a dark, booming repertoire that draws a sizable crowd. The fuller, dancier sound of Conatus is interpreted fluidly live, with new single ‘Seekir’ a personal highlight – unlike the homecrowd, who clearly preferred the (bizarre) LMFAO.