For fans of The Low Anthem who have been wondering what the band’s been up to since 2011′s Smart Flesh, wonder no more. Last weekend the Providence, Rhode Island band helped host a second annual “Revival!” concert for the city’s beloved Columbus Theatre, an 87-year-old architectural landmark in the neighbourhood of Federal Hill. The Low Anthem are part of the Columbus Theatre staff who are working to bring new and exciting live music to Providence.

The concert took the shape of a festival, hosting 15 bands in eight hours on three different stages. Highlights included The Felice Brothers, Happiness (members of Deer Tick and Ravi Shavi), Roz and the Rice Cakes, Anais Mitchell, Arc Iris (former Low Anthem musician Jocie Adams), and Pixels (fronted by new Low Anthem member Andy Davis). All acts of the night shed light on the tremendous talent tucked away in the New England metropolis and proceeds from the night are set to go towards a new sound system for the venue. 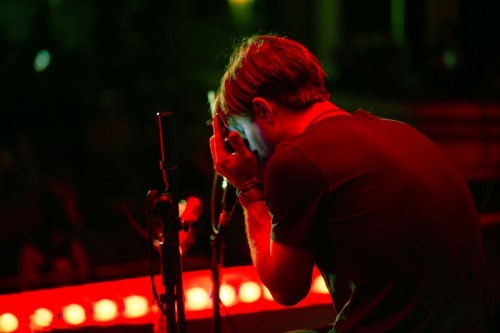 “Revival!, one year ago, was a celebration of the spirit of The Columbus Theatre, its role in music, and its place in the landscape of Providence,” explains Bryan Minto, Columbus Theatre co-operative member and musician for The Low Anthem and Diamond Rugs. “This year at Revival! we are celebrating, with our all of our friends, musicians and otherwise, all that we have accomplished in a years time, with no money, but with a tremendous amount of heart, and support from the community.”

According to Minto, the theater was “made for music,” with its walls lined with portraits of composers, and the double-proscenium of the stage, shaped like a trumpet horn. Berberian and his wife Betty Jane, who have owned the theatre since 1962, are accomplished opera singers; transforming the space to accommodate excellent live music again is a testament to the rich history of the venue, and the Berberians’ love for music. 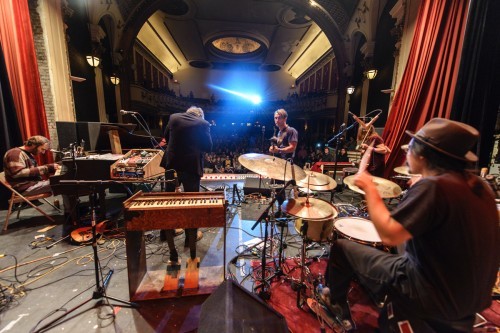 Since the Columbus Theatre’s “revival,” The Low Anthem have made the space its new home, building a studio in the upstairs of the venue, and launching the Columbus Recording Company, a label that distributes local artists’ music to 20-some vendors around Providence. A local favorite that played at the concert, Roz and the Rice Cakes, recorded their album with The Low Anthem at their studio and will be releasing it soon.

Future acts at the Providence opera house include Bombino, Black Pus and XYLOURIS WHITE (Jim White of The Dirty Three with George Xylouris), Mother Falcon, and Charles Bradley. The Low Anthem are currently recording their fourth studio album. A release date has not yet been announced.

Words by Jen Brown. Photographs courtesy of the Columbus Theatre.