Opening with three of your most critically acclaimed songs would be live show suicide for the regular artist, but Lady Gaga is no regular performer.

The first night of the Chromatica Ball in London begins only seven minutes late, which is something of a record for the global superstar, and with a raucous scream from the crowd as the sun shines down on the stage to the opening notes of "Bad Romance," which is quickly blended into the nostalgia of “Just Dance” and “Poker Face.” It’s a fitting introduction to the show as Gaga reflects on her origins, and the three tracks that thrust her to stardom. As she remains steadfast on stage, caged in a structural dress for the openers, her movements are almost robotic and rigid – until a visceral scream, the first of many, commands that hands be put in the air for the final chorus.

Here then begin the interludes, each less communicative than previous tours, but visually engaging as ever. Act One has undertones of rebirth as we find Gaga on a morgue slab, alongside visual of embryos and eggs, only to see her return to the stage to perform “Alice” on the slab, a song that deals with being “pulled out of this alive.” She hobbles off the slab and down some steps to the upbeat tones of “Replay” and we get a throwback to the underappreciated “Monster” – quickly seeing her dancers eat her alive on stage, only to re-emerge in a spiked red jacket, donning jet-black sunglasses fit for the devil himself. It’s here that the wristbands given out to the audience are glowing in time with the beat, changing colour for each song and adding an extra layer of immersion. 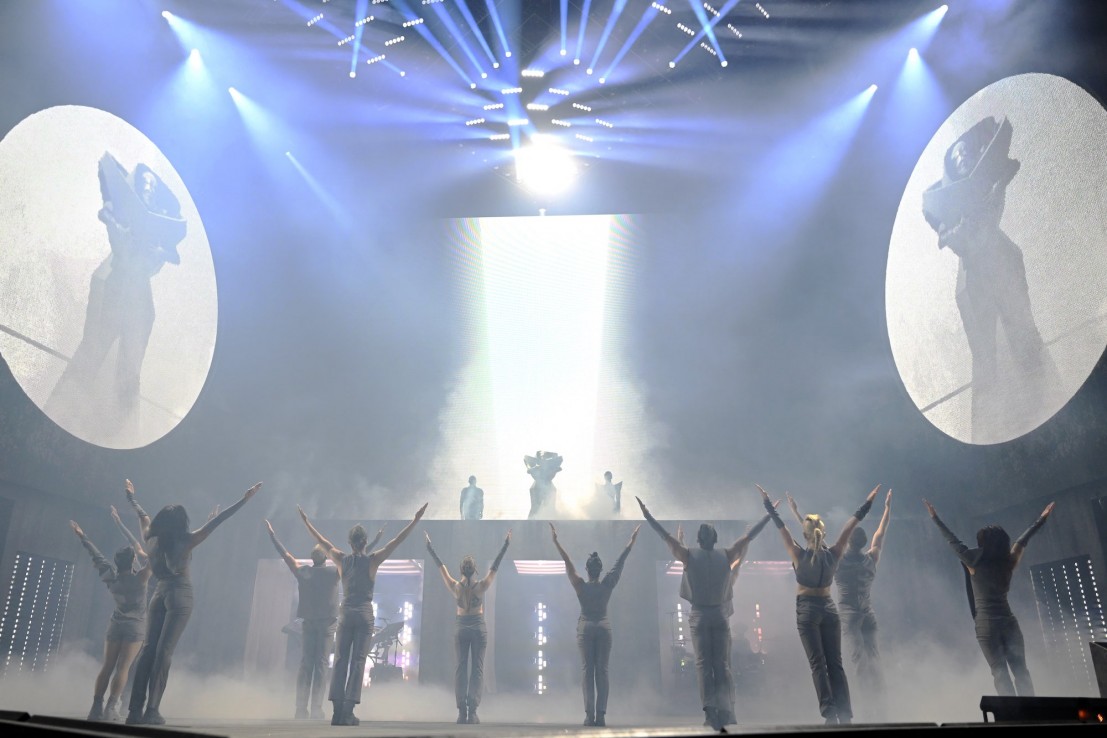 Gaga’s dancers prove themselves as the stars of the show as we descend into Act Two with the notorious transition from “Chromatica II” into “911,” excecuted with precision and togetherness. Gaga surfaces in military gear, commanding the stage and the crowd through “Sour Candy” and Beyoncé collaboration “Telephone.” The pyrotechnics at the show are so strong that heatwaves flow across onlookers, matching the fiery performance on stage speckled with yet more visceral screams of “LONDON” and band shout-outs. By now it's getting dark, with the intensensity of the show matching the atmosphere but there’s still a noticeable lack of material from 2013's ARTPOP, and as the crowd dance along to “LoveGame" from The Fame, it’s apparent that we won’t be getting anything from her divisive third record tonight.

Act Three kicks off with notes of space-age god-like imagery as she juxtaposes the visuals by asking us if we “want to party like it’s B.C.,” and the crowd goes wild for underground hit “Babylon.” Dedicating the song to Alexander McQueen, she wears a face-covering hat fit for Princess Beatrice before processing through the crowd to “Free Woman” and arriving at her B-stage. As we enter the ballad segment of the show, she plays moments of “Born This Way” – notably the only song from the similarly titled album – and thanks world-renowned milliner Philip Treacy who is in the crowd tonight.

A jarring insect outfit makes an appearance for a heartfelt “Shallow” in Act Four, especially after the florals and royal jewels of the visual interlude. “It’s been a crazy couple of years, huh,” she says in a speech about being together while all alone over the pandemic. “When I look back on the last few years, I wanna remember us like this” she continues, teary eyed. More anecdotes flow as she delivers a pared back “1000 Doves,” and dedicates “Fun Tonight” to those who are out with their friends, but not having fun inside. Finally, she receives a microphone stand to close the act with fan-favourite “Enigma,” and spins the stand above her head, confirming her place as this generation’s rock star. 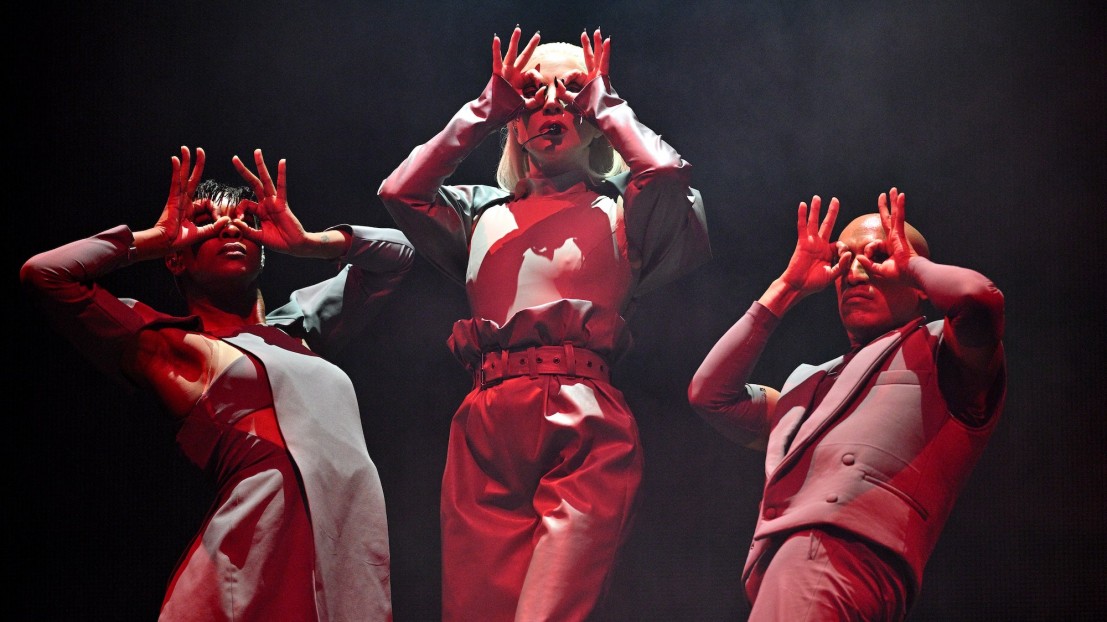 As she delivers the finale, Gaga delivers a monologue with Shakespearean delicacy, discussing life and art, tying the show's visual displays together and closing the show with a resounding message: “This life is only art on life support, and nature is a knight no king or court.” She closes the show with the hits, and doesn’t falter her choreography for the sweat-rinsed hair in her face as she blasts out “Stupid Love” and “Rain On Me,” the latter of which both start and end with Gaga lying flat on the floor. It feels like a mistep to conclude with the recent somewhat-flop “Hold My Hand” from Top Gun: Maverick but she delivers a final sweet note as the pyrotechnics underscore the emotion of tonight’s performance: “I love you so much, you may not always hold my hand, but I’ll always hold yours.”

She closes the Chromatica Ball with her cast forming a chorus line on stage – Gaga front and centre – taking a bow for their spectacular effort. As they shuffle offstage, only Gaga remains. She turns around, struts to the back, and with one final sneer to the crowd, raises her hand: the camera pans onto her claw, and the lights go out in London for the first time.

Finale
Stupid Love
Rain on Me
Hold My Hand