In his first UK show following the postponement of 2020’s Love On Tour, Harry Styles performs his latest album in full alongside crowd-pleasing hits.

Some things never change. Outside Brixton Academy are hundreds of early twenty-somethings, feather and glitter-clad, standing in a torrential downpour with a clash of excitement and anxiety. It’s been a mere four days since Harry’s House landed in their palms, but it has them in a chokehold. For the record hasn’t been able to soundtrack personal narratives yet, but the fans are loyal, and very much rehearsed to have it dub the start of a new beginning. 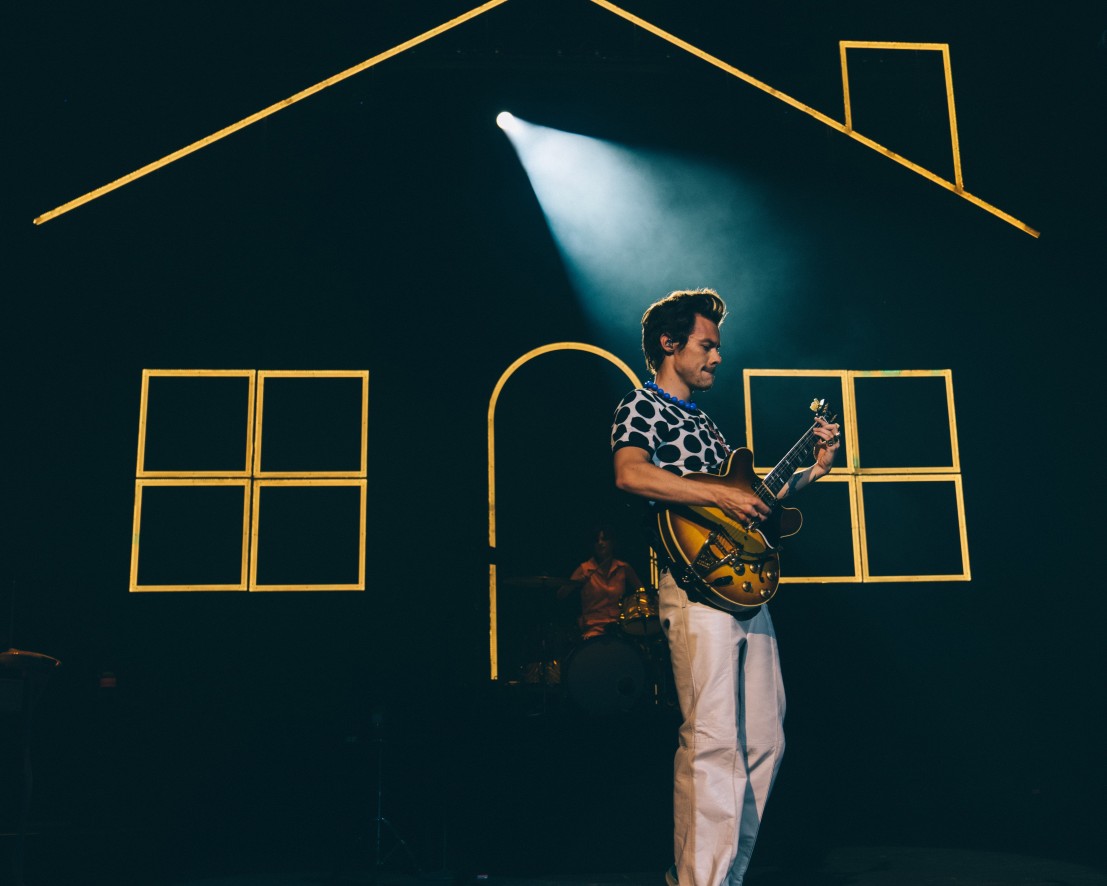 To be here, albeit, in a crowd of near 5,000 others, feels like a privilege. The pandemic delayed Love On Tour shows have since been upgraded to a sold-out Wembley Stadium in a little under one month's time, there are fifteen dates upcoming at Madison Square Garden, and with a buzz-worthy Coachella headline in the bag, fans trade insights as if it's a game of Top Trumps. “Which 1D tour did you go to?” “Did you hear the album when it leaked?” “Who went to the pop-up shop over the weekend?”

The show itself, though, is an equal playing field; a chronological album playthrough with an encore separating the old from the new. “Your job is to have as much fun as you can,” Styles says after the first track, “Music For A Sushi Restaurant”, kicks things off. The Harry Styles we see tonight mirrors the ethos of Harry’s House ­– a more light-footed record than its extravagant predecessor, Fine Line. Dressed in a polka dot high neck and beige trousers, there’s no technicolour in sight as he stands in front of the outline of the titular home, but his charisma remains entertaining.

The energy for the only pre-released single, “As It Was” is unmatched as the synth-hook kicks in, while “Matilda” and “Love Of My Life” are the evening’s more mellow moments. But Styles is only afforded the luxury of the casual fans’ embrace with the preface of older cuts to come – and it’s those, that gives the most resonant celebration. Shifting into another gear with “Adore You”, “Watermelon Sugar” and fan-favourite “Kiwi”, it soon ends all too quickly. 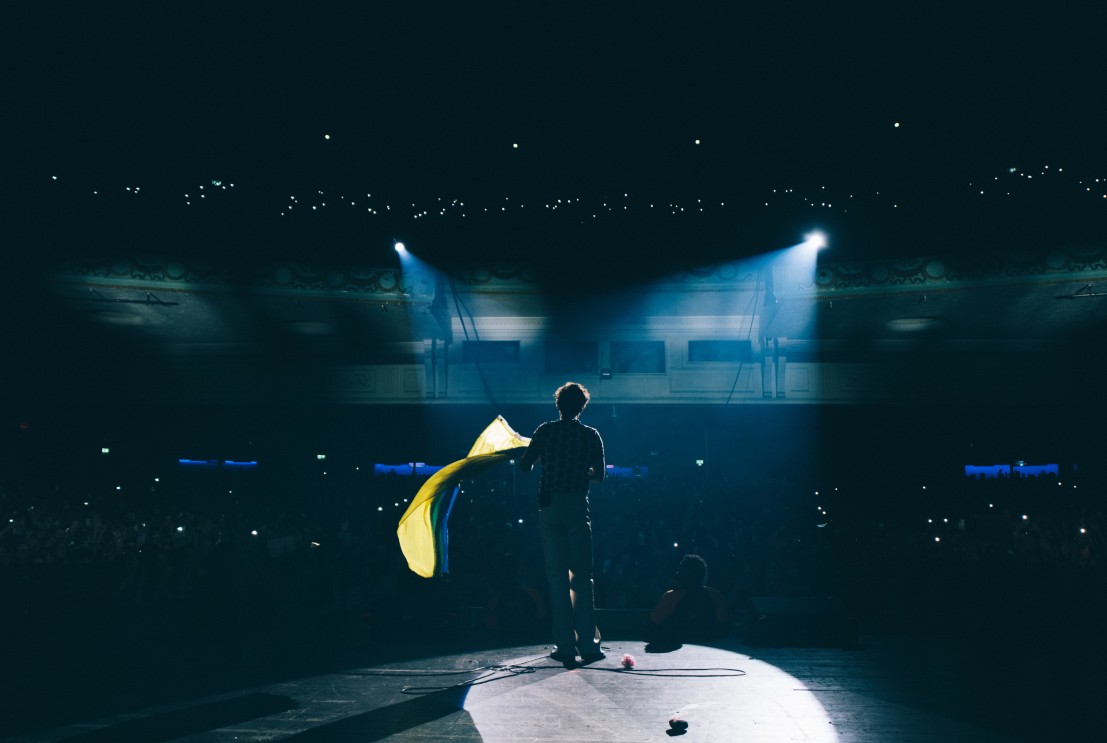 In two parts, the One Night Only experience reconciles Harry Styles as one of the strongest performers to emerge in the last decade. Blurring the lines between being a victory lap or warm-up, he proves himself stadium-ready in this intimate setting.