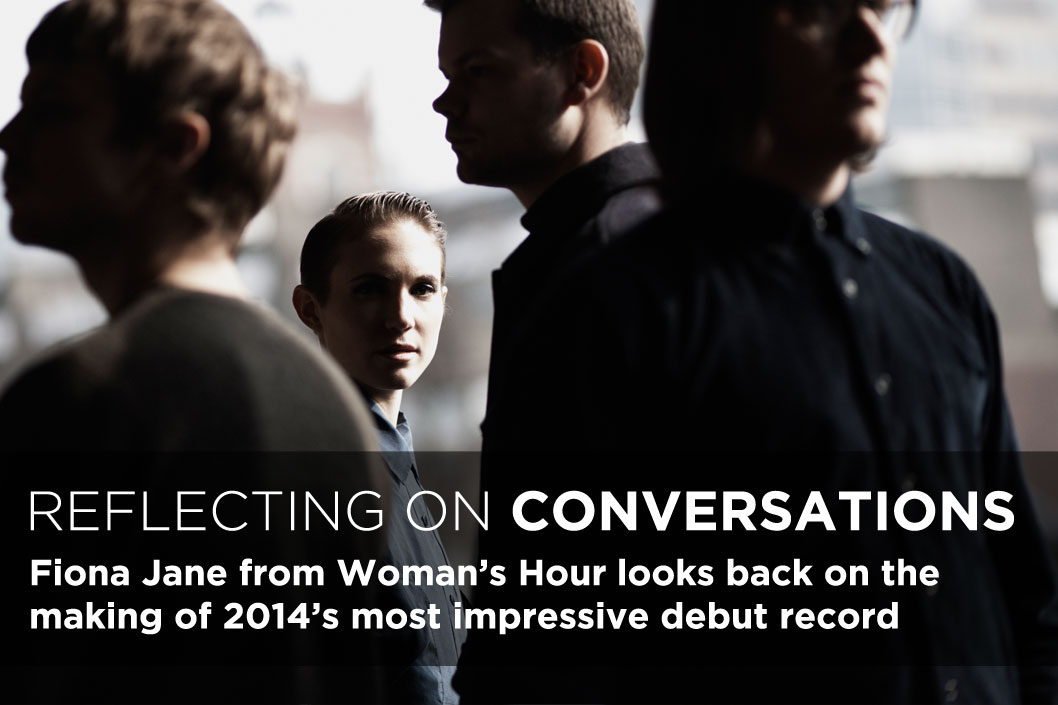 It's 6 November, the morning after bonfire night.

I got back from Barcelona yesterday after being away for six weeks touring our debut album across the UK and Europe, and I'm not sure if I dare to start unpacking just yet. We've been touring on-and-off since we released our record in July and it turns out that, to my astonishment, living out of a suitcase ain't all that bad. But it's one of the things I never considered when I started the band; we were just spending a few nights a week in each others bedrooms as an alternative to going to the pub. And now, three years later we're giving up our day jobs to play music every night.

A lot has happened since we started recording this time last year. The recording process was demanding; we were all working alongside it turning up after shifts at work and staying until late at night. We would travel from north London to south west London and we worked obsessively. I remember the weeks before Christmas we would get the last train home at about midnight, and we’d see all the drunken business men and women stumbling back from their Christmas parties. We spent a lot of time feeling removed from what everyone else was doing because we were so immersed in the recording process; pushing ourselves in a way we hadn't previously. Upon reflection, it’s important to remember that as much as we’ve achieved, there’s also a strange feeling of loss; of making sacrifices in our lives to make this work. That’s something I feel is reflected in the album, all the compromises that accompany self-determination.

The two things I've most enjoyed about releasing the album have been learning to perform it, and creating the artwork. I’ll start with performance. We wrote this album in our old rehearsal space, it was a disused warehouse with no heating or insulation, but it was free. It was written over the course of 2 years and we didn’t perform most of the songs in front of an audience until after the album was recorded. We took the demos to our producer Tom Morris, and he would help us to make decisions, to shape the record. I remember us laughing when we first sat and listened to the album and said, “fuck, we better learn to play this!” So this year has been a chance for us to take the songs and develop them for our live shows. I think the songs have changed a lot through playing them live; they’ve taken new shape and become something different from those first recordings we made in our basement studio in Wandsworth. Every time we perform it feels new.

And then there’s the artwork. We've been lucky enough to collaborate with the artists Adam Broomberg and Oliver Chanarin on all of our artwork and videos up until this point. It's enabled us to create work that we feel reflects something of our music and of ourselves. We first designed the single artwork for "Our Love Has No Rhythm", "To The End", "Darkest Place" and "Her Ghost" using images from self-help instruction manuals that Adam and Oliver had collected over the years. We thought that the concept of physical self-defence paired with the music - which at times refers to a kind of emotional self-defence and vulnerability - was an interesting juxtaposition. This made us realise that ambiguity is very important to us. In our artwork we strive to complicate the reading of the image by re-contextualising it. For example, one of my favourite images from this series is the cover for ‘In Stillness We Remain’. It comes from a woman's exercise manual published in Nazi occupied Czechoslovakia in 1941. It was a time of deep uncertainty in Europe; and the image of this young woman, feet planted on the ground waiting as if ready to jump, captures an atmosphere of permanent limbo. We wrote In Stillness We Remain last year during a similarly uncertain time when a close friend was very ill. The song is about waiting, about anticipation, and about not knowing what's coming next; and this image seemed to perfectly capture these themes.

Something that's changed since releasing the album is my anxiety about people's expectations. Once you've released your record, it can feel a bit like the morning after bonfire night. We had such an amazing response to the record that it was overwhelming at first, but it can also leave you experiencing a bit of a come down. I think the only way of recovering from that is to keep writing, keep thinking of new ideas and inspiration, continue to be curious. We've developed our live show so much since releasing the record, from having pyramids with us on-stage, to introducing a drummer and a backing vocalist. And now the tour is over and we're left thinking, what's next? Looking back is something I don't do enough, and something I don't think we're encouraged to do in an age of Instagram and Twitter; it's all about the now. But if I don't look back I'm left empty, competitively strategising our next move. It's an unhealthy state of mind to be in. I think it's hugely important and empowering as an artist to be able to retreat from the limelight. We did it before this record and it was a really precious time where we felt free to experiment without the pressure of being watched. We're just about to begin writing again, and we'll be retreating to a small rehearsal space in an old farm just outside of Kendal. I'm sure it will be another fairly remote and solitary experience. We like to hibernate.

Conversations was released via Secretly Canadian. The band headline the Best Fit Five Day Forecast at the Lexington in January - information and tickets here.