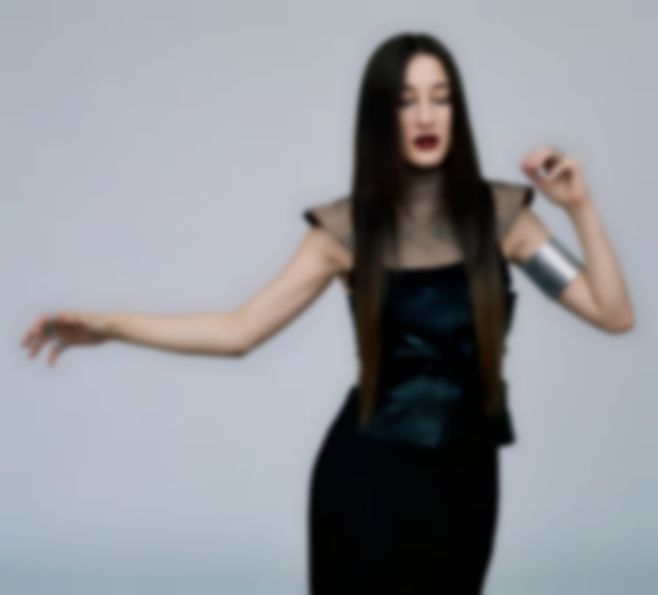 Zola Jesus' latest record Taiga is an invigorating affair; Nika Danilova proves that five records in she still has the same grit, bite and prowess to deliver greatness while still leading an expedition to the unknown. Famously influenced by Nietzsche and Schopenhauer, Danilova's new timbres subtly shift from gothic electronica and operatic ambience towards thundering pop realms. Taiga is often more Rihanna than Bauhaus. However, tonight, the sheen comes clean off.

Danilova and her band careen into noise-punk breakdowns and thrash-y cacophonies. The stirring, but often gradual, evolution of her music, especially tracks like “Taiga”, are boiled down to base elements. Apoplectic breakdowns shiver through the core, and situations teeter upon the precipice of industrial metal more than you'd expect.

Famously trained in opera, her voice is faultless. She's a singer of indescribable quality, and has a roster of solid gold gems to select from. The set is heavy on Taiga material, as you'd expect on the opening night of the UK tour in support of the LP. Even so, she manages to slip in a few older cuts here and there, like the rapturous “Night” and crowd favourite “Vessel”. These are, if there are any, the weaker moments however. Danilova's confidence in Taiga is evident. Each rendition knocks your ruddy socks off.

“Ego” – introduced simply as “This song is about the fucking ego,” – warps into a proto-house daisy-cutter. It's lavish, dancefloor-poised and layered with braggadocio. “Nail” is haunting, a cavernous ballad, each syllable sung with conviction. “Hunger” – this is definitely a single in the making – is a darkly synthed R&B/dance effort. “Dangerous Days” and “Go (Blank Sea)” may be some of the most familiar new material, but they're surpassed (or at the very least met) in quality.

The energy that Danilova possesses is a unusual combination. Fascinating, but unusual – as a performer, a showman, she's mind-blowing. She rockets with stomping feet across the stage, summoning her lupine essence with a dash of 'GCSE drama student channelling Hamlet's Ophelia'. There seems to be an anxiety, or at least a reluctance, to enter the spotlight trained front'n'centre. She darts through it with feral grace, preferring to perform form the darkened corners of the stage. Occasionally she locks eyes with the audience during her, there's a maniacal flash. Perhaps there's a deliberately challenging onstage persona to posit rhetorical questions to an engaged audience as opposed to standard like scarecrows with glazed-over faces. It's a strangely Brechtian show.

However, despite all this effort and energy, The Lantern is disappointingly empty. The 300-capacity venue only sees perhaps slightly less than half of those spots filled. It's a shame, because everything about this show is astonishing. Zola Jesus should not be missed on this tour.