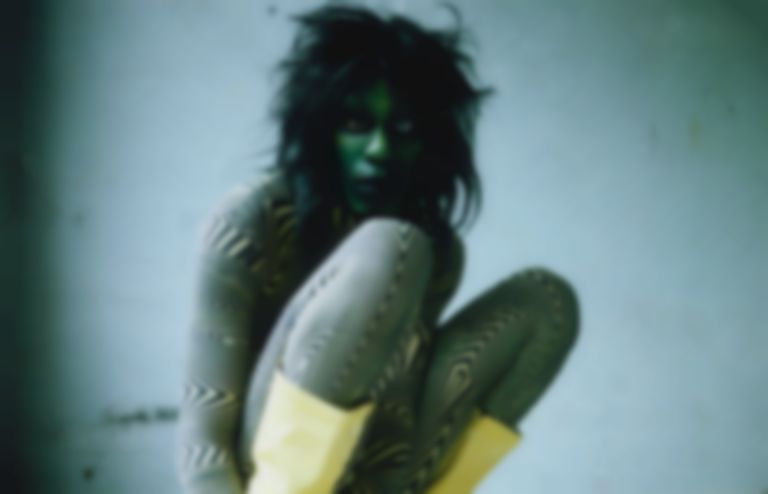 Safe In The Hands of Love, the third album from the American avant garde performer, producer and songwriter, Yves Tumor, is a crossover masterpiece and one of the year’s best experimental LPs. Last night at Hoxton Hall, the album was brought to life, to (mostly) stunning effect.

Let’s get this out of the way first of all. This is the debut European show from this live band set-up, and to be honest, it shows. That’s not to say the show lacks punch or panache, or that the weaknesses in the material are exposed at any point - quite the contrary in fact, as the strength of the songwriting is what carries the set through its occasional technical shortcomings - but there is a tentativeness here, a palpable sense of doubt, that simply doesn’t exist in road-worn live bands. Cues are missed here and there, guitar tones don’t always sit well with the rest of the arrangement, and transitions often glitch as tracks snake through their complex, sinuous structures.

One happy upshot of these practical wobbles, though, is the way that they hammer home Tumor’s unquestionable star power. Androgynous, peacocking and sensual, Tumor oozes sex and charisma like the beads of perspiration that glisten on his bare chest. It should be noted that, for any quibbles one might have with their instrumental performances, he and his band are an incredible visual presence, a glorious cross between prime-era Funkadelic and participants in some futuristic vogue ball. Tumor is at the centre of it all; ringmaster to this exhilarating circus, he may be one of the most thrilling, distinctive frontpeople currently at work.

In fact, one of the only performers I’ve recently seen who even comes close to Tumor’s spotlight-dominating magnetism is tonight’s support act, Hirakish, who deserves a nod here. His set, accompanied by a superbly dextrous DJ, is truly infectious in its combination of campy sensuality and commanding urgency; quite correctly, when he retakes the stage for Tumor’s final two songs, he’s welcomed back with a fervour that only increases when his trousers rip at the crotch, exposing his penis. In the spirit of the evening, he isn’t fazed in the slightest, and nor is anyone else.