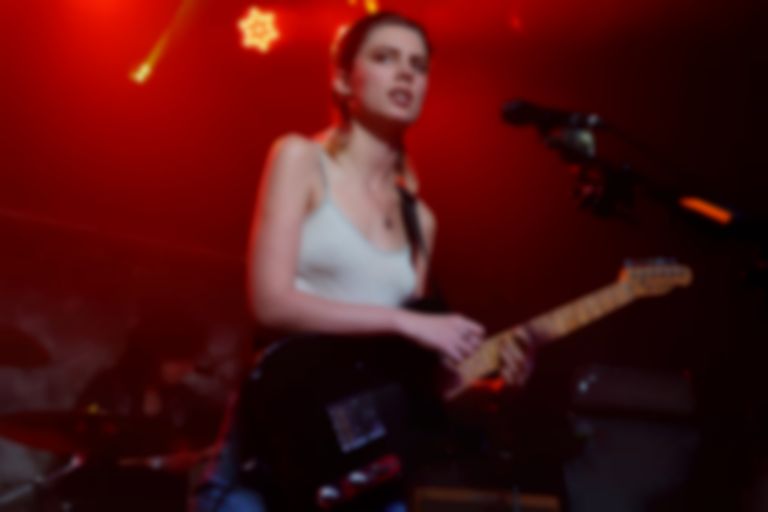 Since the release of awaited second full-length Visions Of A Life last Friday, North London rock band Wolf Alice have played a string of fan engagement shows across London. Fans who bought the CD or LP from Rough Trade East were treated to a performance at XOYO on Tuesday, the latest in Rough Trade’s record bundle format.

From the start Ellie’s voice is phenomenal, modestly revealed when the delay on her second microphone isn’t boosted as much as normal for “Heavenward”, and contorted and manic for the likes of “Yuk Foo” and “Giant Peach”. It’s a shame that for “Don’t Delete The Kisses” there’s monitor difficulties to the point that the singer seems in pain, and understandably so shows her frustration throughout. To remedy this she hits My Love Is Cool’s “You're A Germ” with extra clout; guitarist Joff practically peers over the crowd as he bends and licks his riffs.

Indeed, the addition of new material only improves Wolf Alice’s strength in contrasting dynamics; the moody psych-rock of “Formidable Cool” fits perfectly next to the cathartic “Bros”, whilst the drama of elongated “Visions Of A Life” deliciously bleeds into the high-octane classic rock closer “Giant Peach”.

The crowds of XOYO are denied an encore, though with their biggest UK headline show at Alexandra Palace looming, a little teasing is understandable.