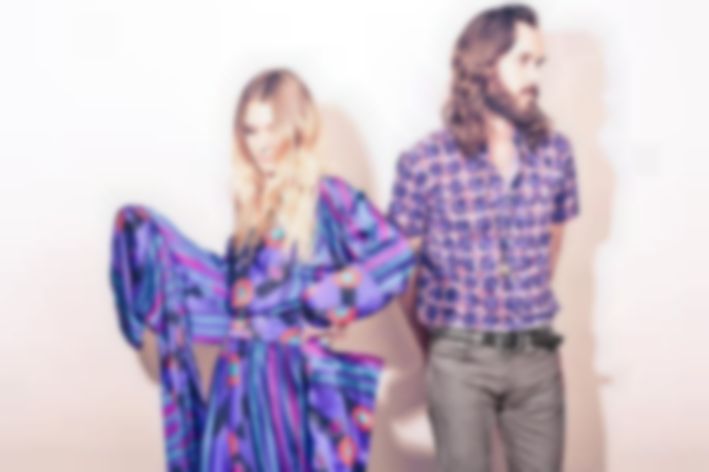 Finding a relative niche in the musical world we live in is not an easy task but Wild Belle have found complete comfort in a genre that appears to have been somewhat left by the way-side; this comfort, alongside a natural knack for songwriting, sets them apart from the majority and ensures an eye is kept firmly on their every move.

The brother-sister duo released their debut LP Isles via the typically impressive Columbia last month. The anticipated album felt almost overdue, thanks to the quality of, and justified buzz surrounding, the preceding self-titled EP and accompanying singles. They have set out on a tirelessly touring schedule promoting the record, with performances at SXSW and across the world including a welcome return to London.

Their popularity in this country, and particularly the Capital, is immediately apparent by the sold out crowd that excitedly turn out at Shoreditch’s Cargo. There is always something slightly cold about the bare tunnels of the venue, but the Chicago band bring sun from across the pond with their reggae/jazz infused pop and fly straight into the set omitting uplifting and totally heart-warming sounds.

Opening with ‘Twisted’, an album track that can comfortably sit alongside the aforementioned singles, sets the tone and allows for Natalie Bergman’s gently unusual voice to shine through with its impressive range and intuitive tonality. There is a busyness about the performance as the siblings are surrounded by big, splashing cymbals, jumping bass and twinkling keys and guitar.

Undeniably, one of the highlights of the set comes from Elliot’s huge, purring saxophone that adds fun and funk in abundance to a number of tracks, most notably the brilliant ‘Keep You’. He can sing too; his introduction to the microphone bringing a change in dynamic in one of the stand-out tracks of the evening.

It’s impossible not to love this band and, despite the more well-known numbers sounding fuller and more satisfying than some of the filler, a word that is slightly unfair, it’s a wonderfully fun show that completely holds your attention. There is something so effortlessly cool about Wild Belle, combine this with quality musicianship and genuine enjoyment in live playing, and the result is a room full of smiles.