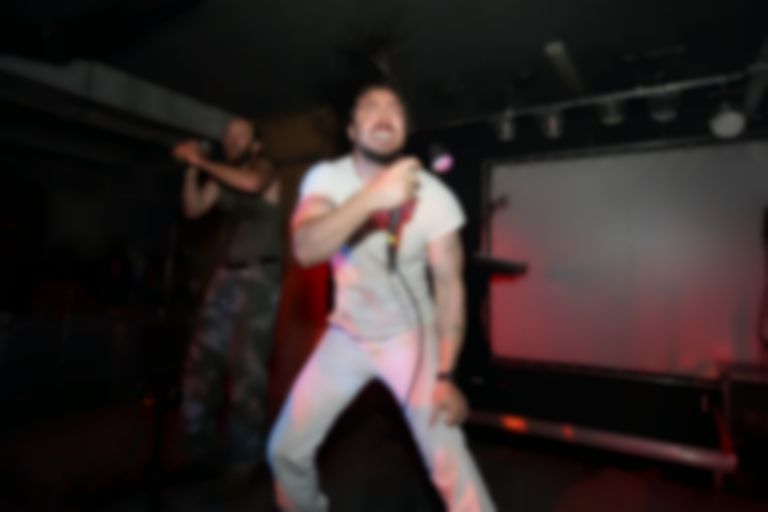 It would be easy for a festival of up and coming music in one of the hippest areas of East London to quickly become inaccessible or pretentious, but the multi-venue Visions festival manages to create a relaxed and friendly community environment in the little strip between Mare Street and London Fields.

The collaborative event between Rockfeedback, Bird on the Wire and Sexbeat was sold out for the second year, but its well thought out and simply presented program means that the audience are always fairly evenly split between the venues, so that there are never queues to get in or at the bar, but always a thronging audience of real music lovers for everything you go to see.

Perhaps the key to Visions relaxed feel is that they don’t try to achieve too much, but focus on doing everything really well. It meant that bands and audience alike had space to really enjoy the day; 28 acts over four venues, with acts that complimented each other rather than trying to compete; the likes of Eagulls or Lower on the program in the concrete basement that is the Laundry offering a trashy, heavier vibe to contrast between the more psychedelic twee pop, such as Yumi Zouma’s first ever UK show in Brewhouse.

Ample times between the acts, something recently described by Andy Inglis as a rarity for UK festivals, means that all the acts have enough time to set up. As such the sound is always well taken care of, but it also means that in between shows, there’s time to enjoy some of the festivals extras such as a tattoo and illustration exhibition in the Laundry’s canteen, or an arm wrestling competition hosted by Andrew WK on the rooftop of Netil House.

The Wave Pictures open with their fine relaxed and quirky brand of pop in the Oval Space, followed by Alice Boman, whose charming and beautiful folk stylings, lit by the gentle glow of the neon palm trees in New Empowering Church, provide a soothing way to ease into the day.

There may have been some raised eyebrows at Andrew W.K.‘s inclusion on the line up, but any cynicism is left at the door, as the packed out Laundry quickly sees the crowd of well-dressed East London hipsters turn into a thronging circle moshpit, with the amount of crowdsurfing going on culminating in security having to cut short the final song.

Other highlights include Jacco Gardner’s 70s inspired psychedelic indie, an act whose dream pop voice and intelligent songwriting was a real gem, and the tribal beats and chants of Edinburgh based hip-hop band Young Fathers. Polica end the night with their sleek alternative synthpop, frontwoman Channy Leaneagh owning the stage, whilst two drummers playing in perfect time have the whole room dancing as if entranced.

At a time where the choice of festivals can sometimes seem overwhelming, Visions still manages to offer something unique; with a hand-picked line up, good choice of venues and excellent sound it shows that less really can be more.