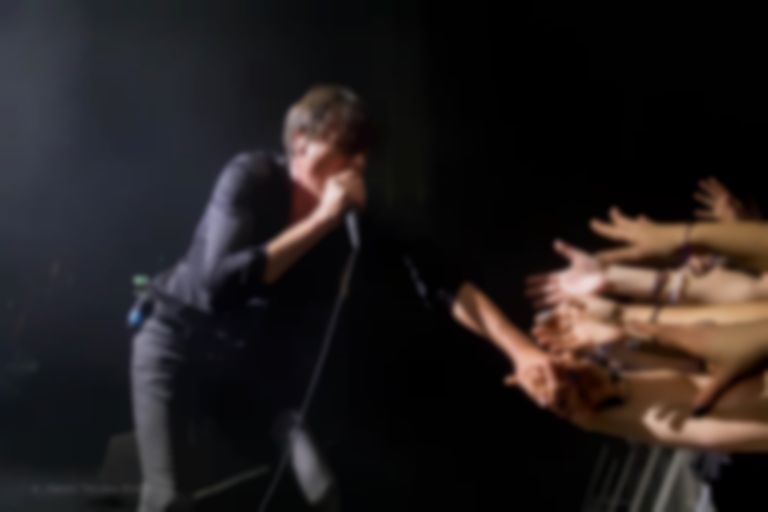 Years and years before contemporary tastes for androgyny, before Christine & the Queens and, well, Years & Years, there was Moloko and Pete Burns, and Bowie, of course.

And then there were press-darlings Suede, strutting amongst the booze, football and fags of Brit Pop like a diamond in the coalface. Brett Anderson folded himself around Bernard Butler, their virtuoso guitarist at the time, like drying washing, while flirting with the press: ‘I’m a bisexual man who never had a homosexual experience.’ He knew exactly where his band lay; in the jet trail of Bowie’s art rock, in the limits of city neon in empty back streets, Morrissey’s fluidity and Bryan Ferry’s rakish Roxy Music.

Suede wisely called it a day after diminishing returns in 2002, but over the course of three albums since 2013, they have made a startling return to form, finding an older, more reflective voice. They were always the vintage shop to Pulp’s charity shop and Anderson, for a man who likes to strip his shirt to his belt, is svelte as ever. Although it’s hard to imagine him in anything but drainpipes there’s the suspicion that - in rather un-Suede-like fashion - he’s been to the gym.

For sold out gigs supporting new album The Blue Hour, Suede initially appear as large shadows behind a curtain until, amongst their uniform black, Anderson appears in a navy blue shirt, clutching the microphone in his familiar garrote-like grip. "As One", the ice cold dramatic opener, is quickly followed by the similarly new "Wastelands" and 2016’s "Outsiders". They’re both vintage Suede, all effortless searing guitar and anthemic lyrics while Anderson leaps about the stage like it’s his personal trampoline. Meanwhile guitarist Richard Oakes, recruited at 17 after Butler’s early departure, has long-since buried his predecessor’s ghost.

Suede have changed line-ups, yet remain true to band party policy. Stalwarts Simon Gilbert and Matt Osman remain the bedrock, while songwriting foil, guitarist and keyboardist Neil Coding has not only grown his hair, but become the backbone of the band,. The new album is influenced by Anderson’s move to the country, but anyone worried they have traded urban decadence for bucolic bliss can rest easy: it’s all rusting barbed wire, dead badgers and fly-tipping. And they’re playing out of their skins, like Dad’s escaping Peppa Pig reruns and taking no prisoners. Anderson finds himself in the adoring crowd more than on stage for the victorious triple whammy of "We are the Pigs", "So Young" and the "Drowners", as Oakes’ guitar squalls like a Home Counties ZZ Top.

Sweat drenched from the Rolling Stones-esque "Film Star" and the heart-shattering night ride home of "Metal Mickey", Anderson takes a breather from catapulting himself off speaker stacks for a solo spot on "Pantomime Horse", but it’s thankfully short-lived. The rest of the band soon return.

As a live act they lose all pretention. It’s tight, visceral rock - at least until there’s a poem - and more songs from The Blue Hour that ruin the momentum a little. They play seven, which is a few too many, but it keeps the band happy. Thankfully it’s saved by the encore of "The Beautiful Ones": a Suede mega mix of crowd-led la-las, gasoline, drag acts, drug acts, and suicides. It’s riotous. That it is Friday night perhaps explains the criminal absence of "Saturday Night" - instead, they close with the drifting embrace of "Life is Golden". Otherwise, there are few complaints. Suede are the Smiths that never went away.