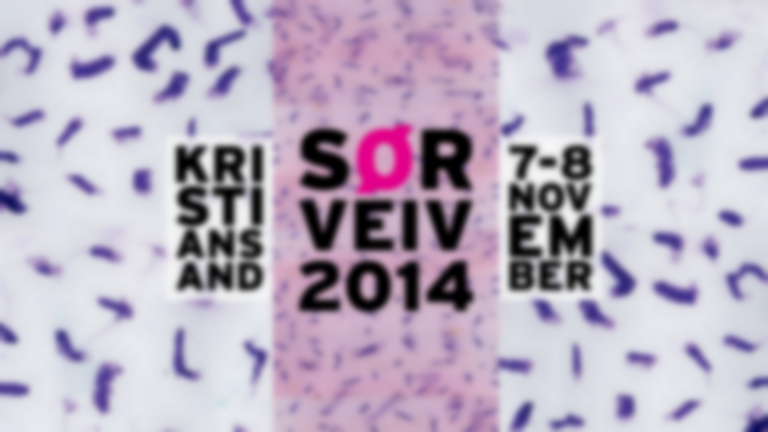 Waffles. Beer. Aquavit. Incredible breakfasts, seafood and scenery…just some of the delights to be sampled in the lovely coastal town of Kristiansand, Norway when their annual festival of Sørveiv isn’t taking place. And when it is, you can still do all that and catch some mighty fine music.

Sørveiv is more of a two-day showcase than a festival, focusing on lesser-known bands – mostly from Norway but we also had representation from Sweden, Denmark and Germany over the course of the weekend. It’s a lovingly put together festival, run with real heart and soul by the organisers who have seen their baby grow in size and stature since 2011 to something which bands are keen to show up at, and stay for the whole weekend. And for that to happen, it says a lot for the care and attention given to the set-up which sees the acts play in a handful of small venues around Kristiansand’s charming centre.

Some bands were very hard-working; turn up anywhere, anytime and you were likely to catch The Fjords’ brand of intense, sky-scraping rock music influenced by Jeff Buckley and Sigur Ros, or the teenage twin sisters of Oakland Rain, just eighteen years old with killer voices and who with time could write songs to match kindred spirits First Aid Kit. Also on Friday’s card there was the interesting, if a bit one-note, electronic goth pop of Notodden’s Swanlike and the intense drum and bass/rap of Copenhagen’s MC Black Daniels whose set was lit up by an athletic live drummer. The evening, though, belonged to three other acts: Psyence Fiction were one of the more established acts playing, and their gruff Americana (think The National and Mark Kozelek) was just rousing enough to avoid taking their studied mood from brooding to rousing. Their debut album, due in January 2015, is definitely one to watch out for. Also good was Bjørkås (the Norwegian singer would reveal the next day he will be known as New World Vultures for his next record...the idea of calling it Bjork's Ass was eventually rejected, apparently) playing a rambling electric set to a scout hut rammed full with people but the highlight was Bergen-based teenage punks Slutface, led by the bar-climbing singer Haley Shea who blasted their way through a bunch of songs in their thirty minute set, recalling the much-missed Be Your Own Pet and a poppier Perfect Pussy in what was one of the most celebratory moments of the weekend.

Saturday night got off to a gentle start with the countrified Torgeir Waldemar, a man who has just released his debut album at the age of 40. It was hard not to hear Neil Young in his voice, and with backing musicians playing harmonium, organ and bowed saw you couldn’t help but imagine these songs being put together by The Band – that’s not to say old Torgeir is on that level, just that he made great music from excellent source material. Swedish guests Pale Honey were another highlight, their dreamy garage-pop was very good indeed and they definitely have a bright future ahead of them, especially if they continue write songs as good as ‘Fish’. Their fellow countryfolk Hey Elbow were another dazzling experience – just a few songs to their name but the combination of head-rattling jazz and expansive, intelligent pop music points to a thrilling debut album next year.

Danish producer Sekuoia has expanded his live line-up to a trio and his show, playing in a cinema, was fantastic. A killer light show is all well and good, but luckily Patrick Madsen had the tunes to back it, twisting his electronics with torn vocal samples and glitchy beats, perfectly melding his analogue to his digital to create a layered sound that was as much for the head as the heart. And it was a fellow Danish act that closed out the weekend with one of the best sets; Get Your Gun played a storming set in a record shop earlier in the day and the trio turned into a four-piece with the addition of a violinist for their festival-closing show. A mix of Dirty Three, Birthday Party and massive blues riffing, their long songs were headily intense thanks to singer Andreas Westmark putting everything into this angry and powerful performance – pretty much the ideal way to finish the weekend.

The hope is that many of these bands mentioned will slowly begin to grow, find a footing in Scandinavia before making something of an impact on these shores and across the rest of Europe. Without the support of Sørveiv it would be a hell of a lot harder to achieve.