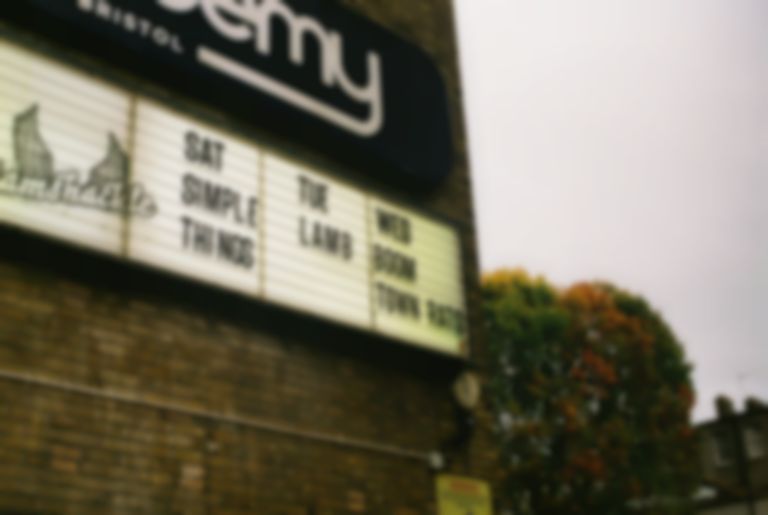 As far as opening parties go, enlisting Jessy Lanza and Caribou is a surefire way to ensure that you start things with an almight bang. The former's nu-garage and dance-pop melee warms up Motion (a part-time skatepark and D'N'B club) for the headline act.

Donned in pristine white, Dan Snaith & Co. take to the stage before a baying crowd to launch right into the heart-melting “Our Love”. The event's been sold out for weeks, as evident by the sardine-can feeling in the audience; sweat visibly evaporates off the horde as they jumble and bounce to the techno-pop beats and thundering renditions of tracks like “Mars” and other Our Love cuts. It's a set pretty heavy on the new material, which seems to appease the masses no end, but the odd older ditty slips in – “Odessa” is a complete belter, for example. Mostly Caribou offload juiced-up renditions of the recorded songs, with Snaith switching between synths/keys and busting out rhythms on a second drum kit, but occasionally the live band descend into intense jams and breakdowns, stretching the dance capabilities of each track to the limit.

As the troupe near the end of their all-too-short set, they finish the evening off with a double-tap of one of 2014's biggest tunes, “Can't Do Without You” – which has Motion hanging on every word – and “Sun”, which sees arms flail, cheers erupt, and a mass chant-along of “Sun! Sun! Sun! Sun!”

If this is just the opening party, then it bodes extremely well for the rest of the weekend. 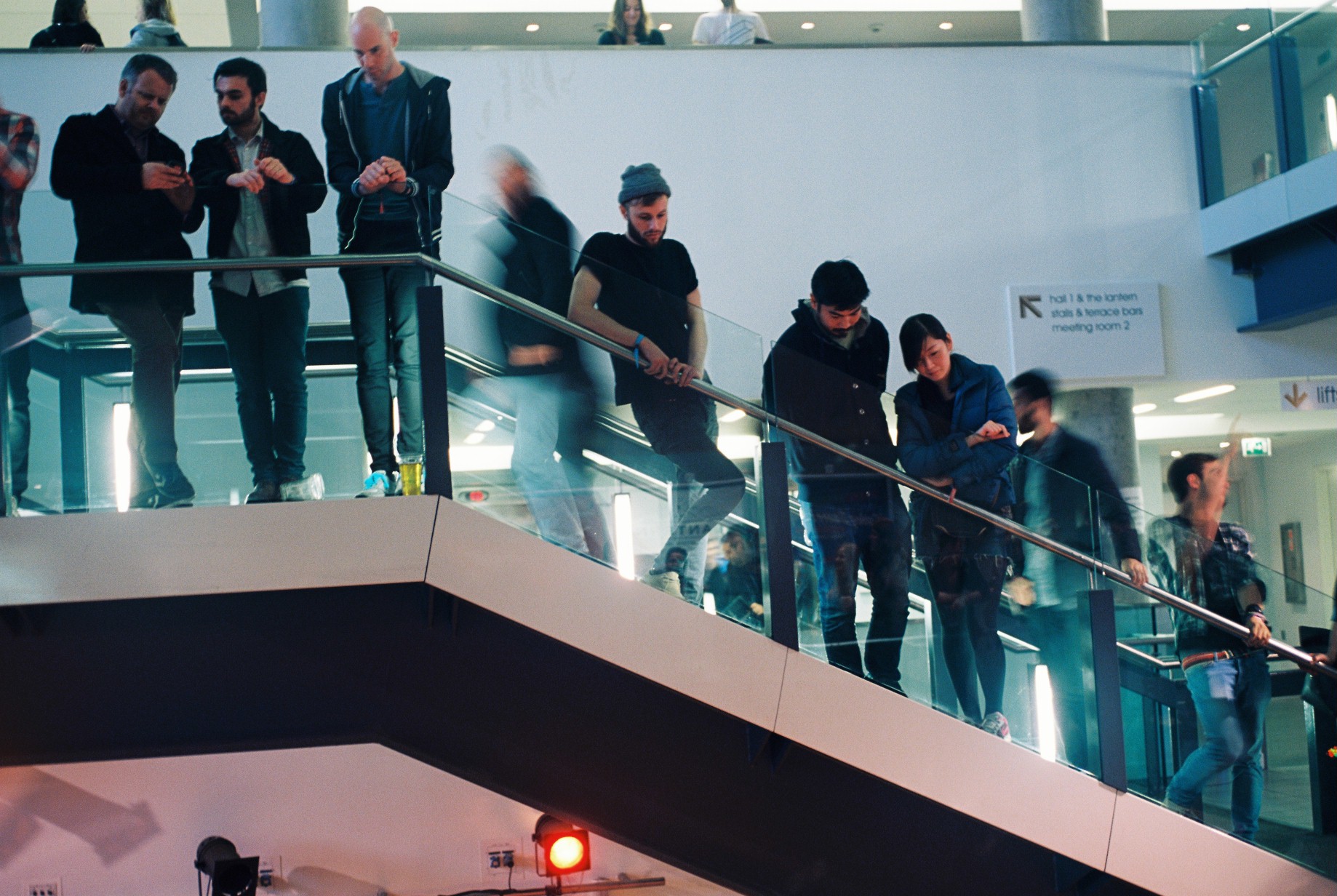 Bristol's Simple Things festival is a unique prospect, at least in the South West, which is normally reserved for beachfront galas, vast THC-infused mudtropolises and, generally, outdoorsy vibes. Being city-based it has a set of different challenges, first and foremost being space. The amount of venues in Bristol is frankly ludicrous, and you're spoilt for choice on any given night, but of those venues, only two can hold any real amount of bodies – Colston Hall and the O2 Academy (2000 apiece). This means that clambering into places like The Christmas Steps, Lakota, The Lantern and The Firestation are strictly one-in, one-out early on. Even the bigger stages are bursting at the seams by about 9pm, and getting into Mogwai was just a pipedream if you had any inclination of watching Death From Above 1979.

The music begins around midday, with the likes The Slow Revolt, Moussa and Peluche all taking to the Best Fit stage, and Moon Club, Mirel Wagner and many more rattling cages at Start The Bus.

In the main Colston Hall, erm, hall, How To Dress Well is gearing up for unload some mid-afternoon slowjams. Tom Krell is infinitely goofier in reality than his on-record persona implies, and the gaps between songs are filled with anecdotes about pretending to be a teenage girl called Sarah, beatboxing, fake British accents and almost divulging a near-death experience. He's warm, affable and personable. Musically, Krell and the band are flawless. Vocally he's unmatched in R&B, at least today, spewing out golden tracks from his recent LP What Is This Heart? He's using two mics – one clean(ish), one that sounds like it's been minced through mbv – and there's a touch of cockiness as he wrestles silence from the crowd to sing totally a cappella – even microphonesless – but he gets away with it.

Using sheer noise and volume, post-drone purveyors Esben & The Witch crush The Lantern's ornate cornices, Corinthian pillar and the frescos of Lemmy, Simon Neil et al. Tracks like “No Dog” are all-out aural assaults, with proto-metal shredding and the weighty thud of bass inflicting mortal wounds on any lingering silence. “Marching Song”'s haunting anti-bonhomie is a particular delight from the three-piece. They're a fantastic spectacle, and it soothes the agony of missing one of Bristol's finest homegrown acts, Idles, due to the clash. 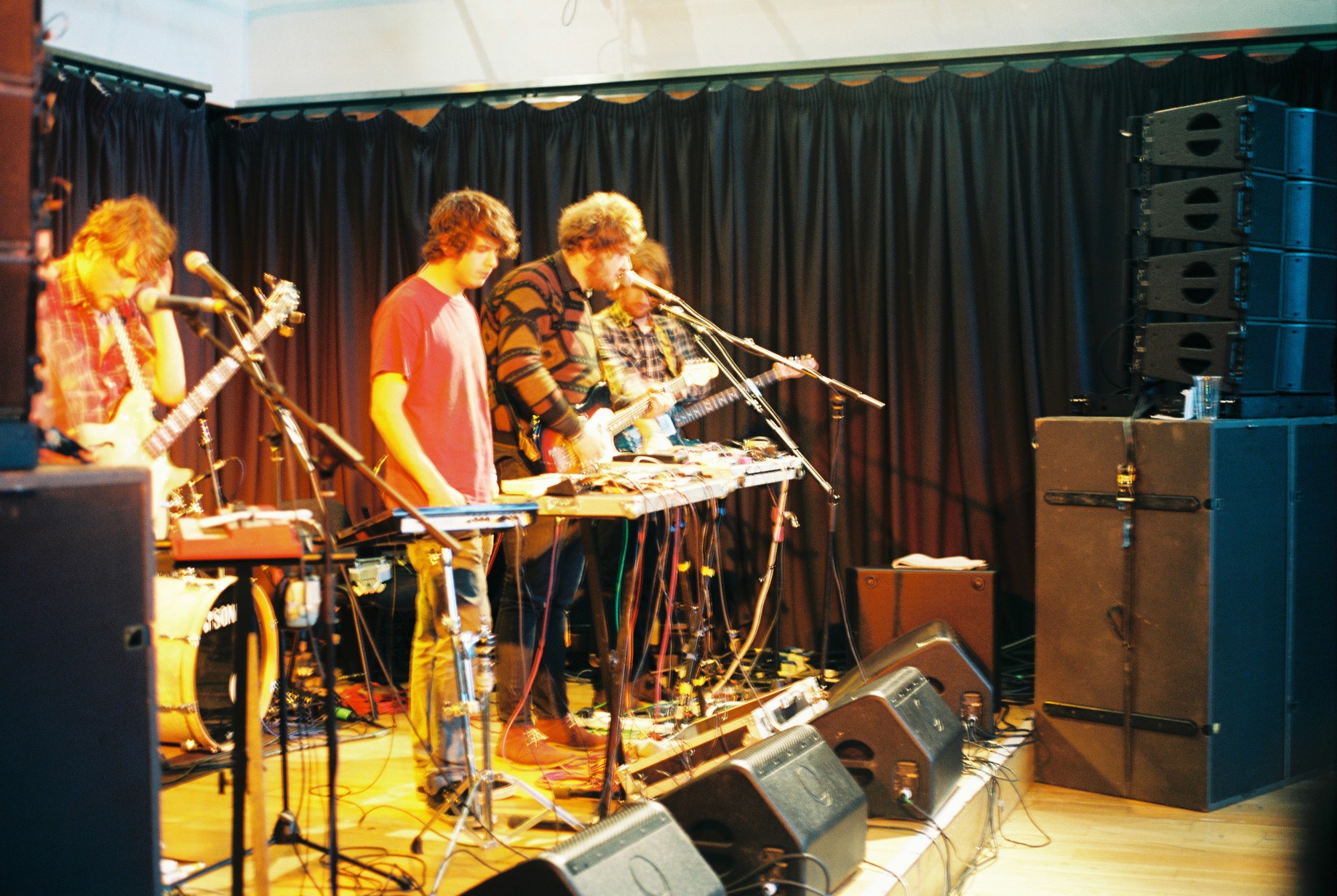 Downstairs on Best Fit's own stage, local popsmith Oliver Wilde (not Oscar, not Olivia) is churning out organic psych to a thronging crowd. Between the local Bath Ales bar and the winding staircases, nary a gap remains, and its a testament to Wilde's rough-around-the-edges approach to his sound. It's a dry beast, but allows for moments of genuine tenderness to shine through. He doesn't skimp on the avante-garde neither.

Swiftly following on our stage is experimental electro warlock and disco duke Jaakko Eino Kalevi. While he's not necessarily at ease with the amount of people that are peering down from the rafters and onlooking from the front, he manages to excel at beautifully skewiff pop. There are tinges of warped Summer Camp or a '70s version of East India Youth, and everyone involved has a well-deserved boogie.

One of the weekend's rare hiccups are Eagulls. A seemingly disinterested George Mitchell stares beyond the audience, Liam Gallagher-ing his arms as he belts out the lyrics to punk-pop (keen to stress here that they're nothing like You Me At Six) nuggets sans connection. While taut, lacerated explosions on the record, the swarms of revellers that have filled The Lantern to capacity are barely bruised by the dislocated performance, and what was initially wall-to-wall bodies quickly thins.

On the Academy mainstage, Death From Above 1979 (sadly clashing with All We Are at our stage) are revving up their anarchic rock hydra. Enormous axes cavort with raw drums, and the result is a decidedly heavy headline set from the tumultuous twosome that entices the hundreds gathered into a vast mosh pit. It's like a sea of matted, sweaty hair flinging right hooks and haymakers. Though it's obvious their newer songs aren't as well known by far, people are still eager to shake it to whatever DFA1979 lob out. They bring the essence of pure rock'n'roll to Bristol, and it's received with open arms. 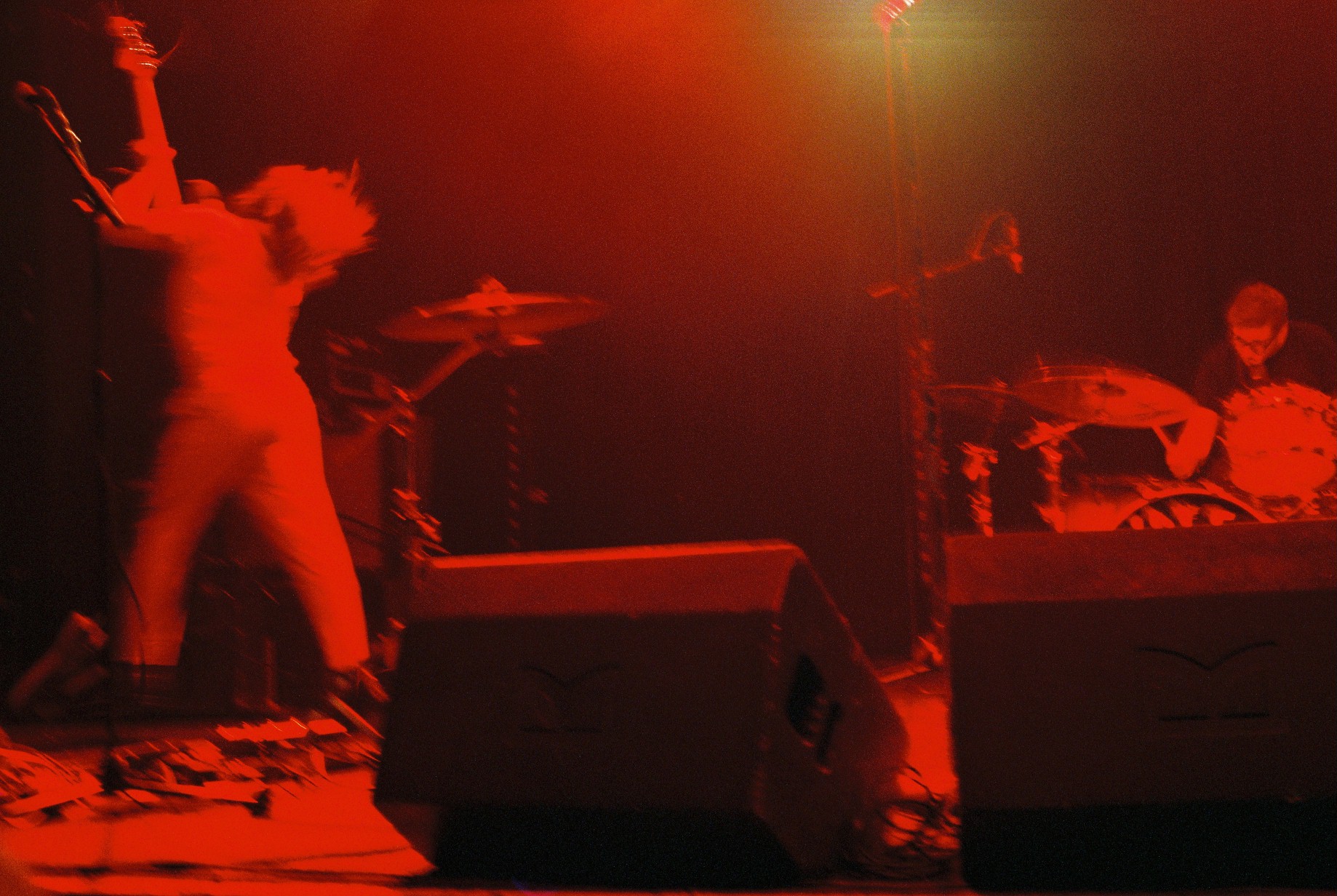 Equally, on Colston Hall's main stage Mogwai are bringing their all to the fray. If you haven't parked your butt a good 45 minutes before they kick off, chances are you won't be seeing the Scottish post-rockers in action – the demand is insane. Understandably, of course.

The set is heavy on Rave Tapes material, but only marginally. The band have actually picked a pretty career-spanning set, with tracks from many of their records getting an airing, “Ithica 27ϕ9 ”, “Deesh”, “Rano Pano”, “We're No Here”, “Hunted By A Freak” and a mesmerising finale in the form of “Mogwai Fear Satan” and “Batcat”. There's a reason why Mogwai are revered as one of the most pioneering forces in post-rock. A commingling of lights, smoke and sonic arts provides a heady experience for all that managed to squeeze in – it's less a show, more like a communal cathartic rebirth.

Other than the logistical foibles and unfortunate clashing that comes with any festival, Simple Things 2014 goes off without a hitch. The line-up choices were astute and calculated, and despite it being a relatively small festival, they've enticed some major names worthy of gracing main stages across the globe.

The size they've reached indicates that perhaps they won't remain this small for long. It can't be long until it becomes a full-blown weekender.

They definitely won't have many opponents to that if they can continue to wrangle in the likes of Mogwai, Caribou and DFA1979 for headline slots.