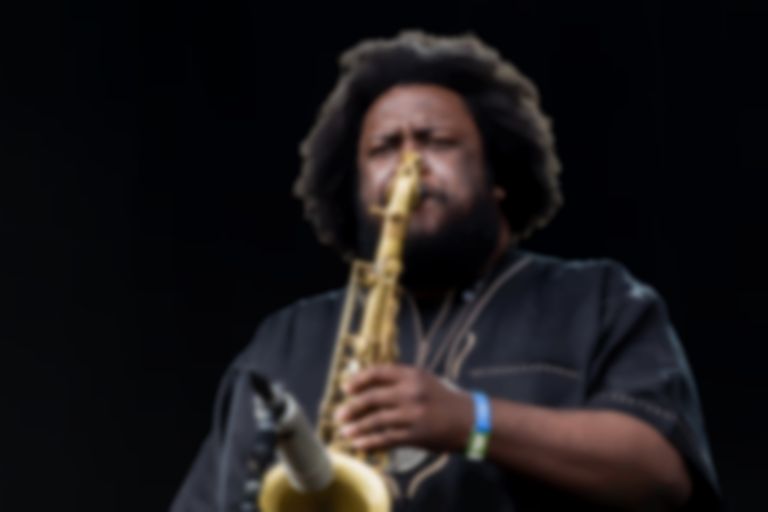 Once a vibrant art form that fostered some of the most towering talents in American musical history, jazz has gradually faded into a niche interest often shackled by an unshakeable instinct to always play as if it was still 1961. Recently, however, a small group of interlinked US musicians have been making sounds that, whilst respectful of the genre's past masters, catapult jazz headfirst into the 21st century and onto the playlists of people who until recently wouldn't have dreamed of giving this type of stuff a second thought. Or, indeed, any thought at all.

Alongside fellow Los Angeles resident and occasional collaborator Thundercat, Kamasi Washington is the brightest star of this resurgence. The 35-year-old saxophonist's immodestly but accurately titled triple-album The Epic (against that record's three hour girth, tonight's 90-minute set seems a mere sprint) was one of 2015's most acclaimed releases. That the album's appeal has stretched far beyond the usual jazz circles is evident in tonight's demographically diverse, enthusiastic crowd, which stretches from indie kids to seasoned jazz buffs, no strangers to extended bouts of furious honking and tooting.

Some may have been drawn to the show by Washington's role as the musical director of Kendrick Lamar's jazz-tinged modern hip-hop landmark To Pimp a Butterfly. The fact that Washington - dressed in a heavy white coat and a woolly hat despite the venue's humid atmosphere - has played with both the current king of Compton and such jazz legends as Herbie Hancock is certainly indicative of the genre-barrier defying ethos of tonight's show. Perhaps ironically, considering Washington's reputation as the modernising antithesis of a staid jazz traditionalist, the points of reference for this expansive, richly-arranged set are unmistakably retroactive. But what a section of the musical past Washington's chosen.

From the heady psychedelic jazz/soul balladry of "Henrietta Our Hero" , which offers the spotlight to singer Patrice Quinn whose interpretative hand movements offer a visual focal point in a set where showmanship otherwise consists of musicians focusing intently on squeezing the correct sounds out of their instruments, to the bubbling analogue synth P/G-Funk of keyboardist Brandon Coleman's brilliant showcase "Giant Feelings", any and all sub-genres of spiritual, cosmic and just downright funky American rhythm music from the late 60's and early-to-mid 70's, filtered through hip-hop's liberal and playfully distorting sampling of the same stuff, are valid points of reference in a set that chooses the open-eared ethos of cult figures such as Sun Ra and Pharoah Sanders over an adherence to any particular style, sound or era. Sadly there's no room for "Truth", the stunningly beautiful new single - characteristically radio-friendly at 17 minutes - that suggests Washington was only warming up on The Epic.

Any doubts about which style of music is closest to Washington's heart are rendered obsolete as soon as the set soon lifts off to fiery rounds of soloing, with tempos and melodies fraying and bending at the edges in the improvisatory heat of the moment. The music's collaborative ethos is reflected in the ample time in the spotlight given to each of the eight musicians. However, whilst some idling is unavoidable in a set given to extended improvisations, a few upper register squeals a la late period John Coltrane is as discordantly avant-garde as it gets, and there’s little evidence of tedious, technically proficient showing-off for the other musicians in the house. The extensive compositions are unfailingly founded on solid, punchy hooks, and you find yourself too busy responding to the rhythm to obsess over the finesse of the technique on display.

Normally, the prospect of not one but two drum solos (to be fair, there are two drummers on stage) would be a cue to head as quickly as possible to the nearest exit. However, as the second percussion showcase builds into a lopsided groove that's reminiscent of the unsteadily sequenced samples used by experimental beat merchants, seamlessly linking the jazz tradition of instrumental showcases to cutting edge hip hop production techniques, you get an idea of how Washington and co. have been so successful in rejuvenating jazz: they're taking it right back to its roots as dance music.