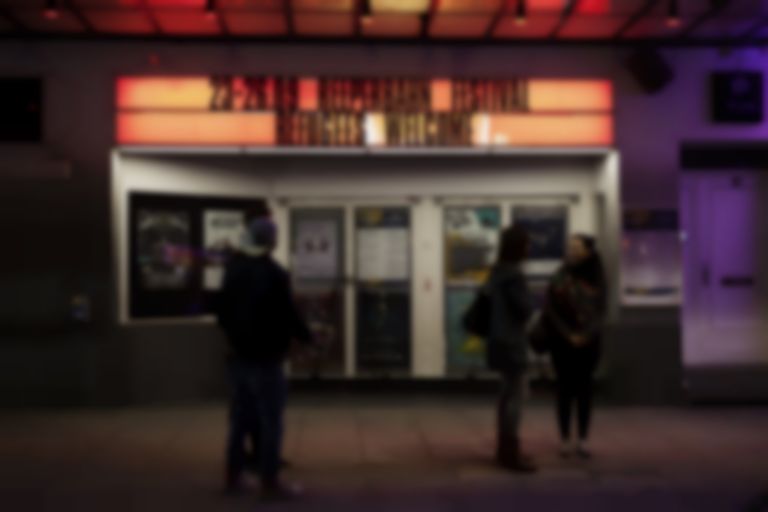 Situated just outside of Hamburg's old city gate, the Reeperbahn is infamous for the nightlife the district flaunts. But look past the clubs and the bars, and what you find is a hub of culture as thriving and driving as any other. Celebrating its tenth anniversary, the festival draws together some of the most exciting names in music and more over it's four day duration. With over 28,000 tickets sold, it's a celebration unlike any other.

The festival site stretches along the Reeperbahn and its numerous backstreets, with churches and war bunkers opening their doors as venues alongside the countless bars and clubs. Taking in everything from football through to flea markets, Beatles tours to boat rides, and conferences through to concerts, the festival wears artistry and passions on it's sleeve with pride.

Fever The Ghost: Dressed in all manner of shiny fabrics, capes, and light-up jackets, the LA quartet appear as if from another planet. Exhausted after their travels from west coast America, the group's energy may seem slightly lacking, but their poppy take on psychedelia proves as engaging as ever. Powering through their set with a flair and finesse that's totally unique to them, the four-piece leave a lasting mark on Hamburg's audience.

K-X-P: Emerging from shadows as dark as hell itself, the band are primed to cast their bewitching hex upon their crowd. From the moment the Finland trio's two drummers kickstart the group's set with their off-kilter rhythms, everything is enthrallingly demented. The frontman yelps and preaches from behind his mixer and headless guitar, guiding the three-piece through a set of distinctively menacing yet danceable tracks.

Denai Moore: Performing in the ethereal surroundings of St Pauli-Kirche, the Jamaican-born London-bred artist captivates with her lusciously strong melodies. Hypnotizing with the mere power of her voice, she brings the setting to life with a rare dexterity and humility. Losing herself in every moment of her performance, there isn't a single murmur from the seated crowd as she brings her songs into a fully-fledged existence.

Lucy Rose: In a room packed to it's capacity, Lucy Rose spellbinds from behind a white grand piano. Despite her invites for the gathered to get involved with her performance, not a sound is uttered as she weaves her magic melodies from the front of the room. Her gentle character is surpassed by her larger-than-life voice, her volume floods the room and captivates all the way back down the elegant staircase.

Happyness: Miles from home, the London trio find their element on stage. Celebrated tracks from their debut record and inter-band insults fill the venue. With the room packed from the front to the back, and the temperature steadily rising, the trio introduce themselves to their audience, shaking hands with those closest before continuing with their set. Steady, swirling melodies and between song banter keeps the crowd engaged and entertained.

Vita Bergen: With a debut album about to see release, the Swedish outfit has no trouble drawing a crowd. Drifting between epic sounding Arcade Fire-esque numbers and searing electronics and strings, the group performs with a real sense of showmanship and camaraderie. Explosive energy and intoxicating riffs mark this act out as one of the most promising new groups to grace the festival.

Mac DeMarco: Following the release of a new mini-album earlier this summer, Mac DeMarco has been tearing up gigs and festivals around the world. Taking to the stage at Grosse Freiheit 36 the musician was in good spirits. Tearing up old favourites, breaking into a part improvised cover, even returning to the stage for an encore (which two band members spent sat in front of the drum kit smoking), you'd be hard pressed to find any show that echoes with more enthusiasm.

William Fitzsimmons: Taking his place in front of the altar in the picturesque splendor of St Michaelis Kirche, the Pittsburgh artist is destined to impress. "I woke up this morning in a pool of my own vomit," he tells the congregation, disrupting the spell with his confession, "...and I'm going to do the same again tonight." V with his surroundings for his audience's attention, his acoustic enchantment takes hold within an instant, and doesn't let go, even for a second.

Metz: No place seems more appropriate for a Metz performance than the fortified war bunker that houses them in Hamburg. With stone walls meters thick, the Toronto trio are free to be as wild as they want. Tearing through the most energetic showcase of the festival, the three-piece incites the crowd to insanity. All-out mosh pits and scream-along lyrics have the audience gasping for breath between tracks - a truly exhilarating performance from a band at the top of their game.

Noah Kin: Invigorating and mystfying with his stylised take on rap, the 21-year old artist from Finland takes to the stage with all the energy of a miniature hurricane. Addictive and inciting, he engages his audience like no one else. Performing four times over the festival's duration (naming his two final sets as "the high point of all your lives"), the thrill beaming from the crowds' faces is second only to the thrill the artist seems to experience on stage.

From the aptly named hamburgers, through all you can eat buffets, to grills and bars, Reeperbahn Festival offers a never ending party - and seeminly never ending sources of sustinance to go with it. Whether you want something quick and cheap or a more upmarket meal, the St Pauli district has it all.

What Were The Lowlights?

With such an intense cultural background, Reeperbahn Festival is rooted in history. Running with a real sense of shaking off the shackles, the events that take are very much for the audience that attend. With so much choice available, there's never a moment you're not surrounded by enthusiasm. It's thoroughly intoxicating and enchanting, the festival's metropolitan location makes the event feel like home - wherever you're from.

This is a festival you can attend year after year and always find something new. From the latest acts to the first-time venues, or even simply the spots and sensations missed on the first visit, there's always something and someplace novel to lose yourself in - reason to attend time and time again.

Find out more about Reeperbahn Festival.