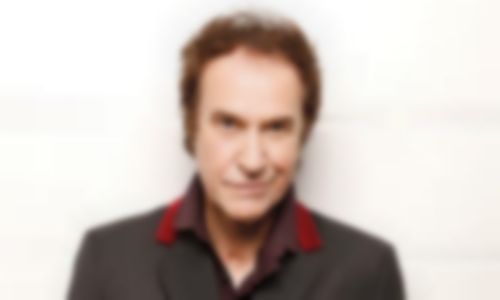 The age of The Kinks being the unacknowledged underdogs of the British Invasion of the mid ‘60s is happily long gone. The ‘90s, and Britpop in particular, lavished Ray Davies and his remarkable band with recognition, status and acclaim that was, frankly, long overdue and entirely righteous. That The Kinks can now be mentioned in conversation alongside The Beatles and The Rolling Stones with some level of comfort rather than inviting the derision it may have once incurred is a considerable and gratifying victory for the cult-like followers of the Muswell Hillbillies.

There’s not a doubt in the mind of anyone here tonight that we’re seeing one of the great British songwriters jog through a victory lap of some of the most beloved songs in pop music’s history. There’s the quaint but anthemic glory of 1967’s ‘Autumn Almanac’ tossed out second in the set, swiftly followed by 1966’s arch ‘Dedicated Follower Of Fashion’; at one point we get a beguiling version of ‘See My Friends’ from ’65 (which at the time boasted the first integration of Indian traditional music into UK pop) followed by ‘Dead End Street’ (for which was made one of the very first music videos in history).

The man has material. Leagues, volumes and near-infinite piles high of stone cold, absolute classic songs – as memorable (is there much as sadly beautiful as the chorus of ‘Victoria’?) as they are poetic (the sweet pathos of ‘Oaklahoma USA’s “If life’s for living/ What’s living for?”), as insightful (‘Where Have All The Good Times Gone?’ he was already asking of the sixties in ’65) as they are fun (‘Til the End Of The Day’ is just sublimely energizing) and now very firmly a vital strand of our musical DNA.

Yet there’s something of a larger canvas being painted here tonight, a wider experience being implicitly described. Davies, a 69 year old man, plays, with the help of a precise but merely adequate backing band of session musicians, songs that are for the most part nearly four decades old to a crowd of people who are largely of pensionable age. These are tales of teen and twenty-something rebellion and anguish being retold through old age and intended as a reminiscence. Davies indulges this idea with his constant exhortations for people to shout ‘Waaaay-oh’ or by feeding people the next line of a chorus they all know by heart in a cabaret/cruiseline fashion.

Ray jokes about a recently formed appreciation of nut roast over roast beef before shouting ‘Have you all been to the bathroom?’ while the full band set kicks off. Time has had its way with the great man a little bit but not to the extent some would have you believe – he’s still sharp enough to make jokes about ‘managing other people’s egos’, aware of his own public image, even if he does shout ‘Britpop Rules!’ a little too often than is comfortable.

Down at the front there are half a dozen teenagers. They know every word to every song and are ultimately responsible for getting the crowd on its feet as the night grows louder and looser. One kid in particular reaches out for Ray, punches the exclamation to every chorus, snaps his head to every riff. Ray watches these kids and smiles. They put a spring in his step and it feels, maybe, like old times.

We’re sat in the centre as he plays probably the finest pop song of the 20th century, ‘Waterloo Sunset’ (sadly it’s a little more busked than played but damn it’s still amazing), the kids at the front and the older folks all around us both singing every word in apprehensive whispers and clapping to the beat.

He struggles with the more challenging vocal lines of the likes of ‘Days’ and the realisation sweeps through unmistakably: One day we’ll all be too old to sing the songs of our youth. We have to cling onto every element of passion that we have for music and for living and carry it with us. This is the past, present and future all rolled into one, a near-epiphany that leaves you armed with the magic of Davies’ songwriting, aching with sadness at the inevitability of all things as they pass and unimaginably swelled with joy both at the prospect of growing old with a kick and a scream, and at watching those kids throw their arms in the air with the kind of abandon you only have when you believe you’ll live forever.

Happily of course, whatever happens here, Mr. Davies will indeed do just that.