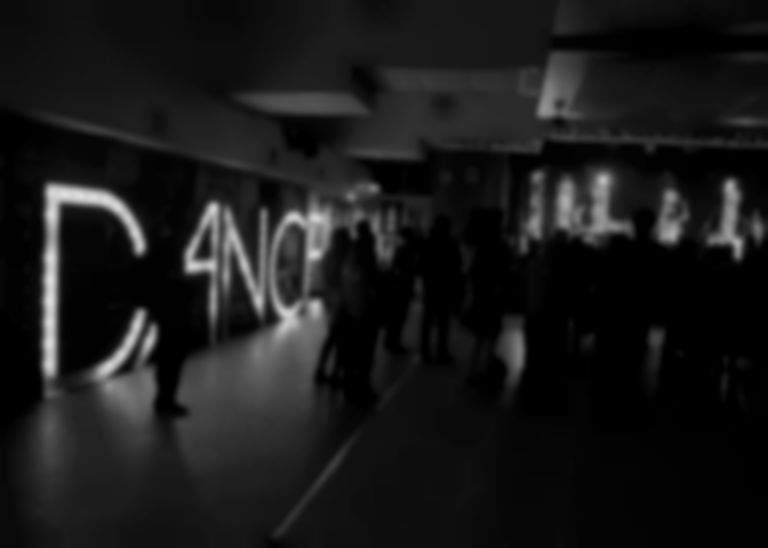 Rock n' Roll Legends, Calypso Queens, new bands, old bands and Phill Collins cover bands; Pop Montreal had them all. From mid-day shows in parks to sweaty dance parties in church basements; the Best Fit Team tried them all. Now that the dust has settled on those 5 days in the city's Plateau district, Ro Cemm and Mar Sellars picks out some particular highlights - taking in everything from the bands that played their first shows and those touring new records to the cult heroes and living legends, as well as paying tribute to a couple of artists clearly taking every effort to make the mos of their Pop Montreal experience.

There’s nothing quite like seeing a band’s first show. It can only happen once; there’s a nervous energy and excitement in the air which when mixed the brag-ability of being able to say you saw them first becomes pretty unbeatable. In honour of getting in at that ground level, we headed out to catch a couple of Pop Montreal's first and second timers. First up is Beat Cops, a new local 4-piece “supergroup” featuring member of the Stills, Priestess and Trigger Effect. You know a band must have friends when they can pack a venue at 4PM on a Thursday (or maybe people in Montreal just don’t have day jobs?) and Divan Orange is bursting at the seams with revellers waiting to see these guys rock out. Think catchy guitar riffs and straight up rock with a garage/punk attitude - basically nothing new but done well enough to inspire shuffling feet and some seriously engaged head bopping. If everyone else in there was like us, they would have had Beat Cops' tunes stuck their head for the rest of the afternoon. Their second show is coming up next week in Toronto (10 Oct), you must be a supergroup or be especially well connected to play a second show a 5 hour drive from your home town.

Next up, playing first at the Hand Drawn Dracula Showcase, is new 5-piece Toronto group Lobby. Though this was billed as their debut show Lobby are hardly rookies when it comes to the live circuit. Everyonein Lobby is part of other groups back home (Elsa, Wish, Decades), which doesn’t surprise me - most musicians in Toronto seem to be in a least 2-5 bands. I don’t know if it’s because the pool of talent is too small in Toronto or because everyone has this crazy drive to be constantly working on projects all the time, but the city's scene is flourishing. Lobby's music reminds me of something that would be popular in Britain - 80s electronic slow dance vibes, keyboards and robotic drum beats mixed with jerky guitar hooks over softly spoken emotive male vocals. [MS]

Tonight we’ll be playing songs from our new record…..

Pop Montreal provided so many acts with the opportunity to showcase new material ahead of releases this fall. Kicking things off on the Wednesday night were Torontonian's The Wooden Sky, who took to the stage at Salla with a glowing logo and a new band member in the shape of Jon Hynes (of The Hidden Cameras). Playing selections from their fourth record Let’s Be Ready, the band blend tender acoustics with raw guitars and the sort of crunching Americana that Tom Petty would be proud of - frontman Gavin Gardener taking time out during the set to slow dance with his guitar, creating feedback hum. Despite only being the second or third show with the new line-up there is a striking confidence to their performance - the new songs bristling with energy.

Saturday Night gave Slow Down Molasses the chance to play selections from their forthcoming album Burnt Black Cars back in the city where it was recorded, (under the controls of Jace Lasek of Besnard Lakes). Stripped down to a 5 piece, the band piled onto the Quai des Brumes stage sporting a more muscular sound. The new material is sure to see the band ditch the ‘Prairie’s Broken Social Scene’ tag - upping the swoon factor and fixing its stare firmly on it’s shoes. When not wrangling the sound emerging from the guitars, there is a clear fondness for the Chemikal Underground's back catalog - not least The Delgados, which can only be a good thing. [RC]

Back for its third go round, Pop vs Jock saw Win and Will Butler of Arcade Fire rope in Nicholai of The Strokes, Justin Vernon of Bon Iver and a host of NBA and ex NBA stars including Matt Bonner and Brian Scalabrine for a charity basketball match to raise money for DJ Sports Club (a local charity seeking to engage youth in sports and education). The Butler's are both big basketball fans, and often warm up for shows by shooting around so these games seem like a natural extension of this. By now Win Butler's prowess on the court is a known factor, and accordingly as Captain and host, he turned on the skills with a series of 3 point shots, blocks and no-look passes. Every bit the floor-general, he called plays and argued almost every call, even from the bench.

A bandana'd Vernon proved himself to be no slouch on the court either, with a couple of nice assists and the odd long-range shot. With in-game music provided by Regine, Kid Koala and A-Track ranging from "Funky Cold Medina" to "Supersonic" we had a refreshingly odd sideshow to the main festival. The half time show was also something to behold, and included a kazoo battle and a three-point karaoke contest, lost by Luke Bonner- who then gave a karaoke version of Alannis Morissette’s "You Outta Know". While Vernon and Butler seemed able to possess decent enough basketball skills, the same can't be said for Bonner’s singing. While his rendition fell rather fla he performed it with such passion, intensity and good old fashioned fun that it became a festival highlight. Maybe next year he will get his own show. Oh, and there was the small matter of the bizarre Arcade Fire/Strokes/Bon Iver supergroup performing Phil Collin’s "In The Air Tonight", which, as Butler so rightly predicted, you will be able to see on youtube. [RC]

14 years ago a little band called The Unicorns formed. They made quirky pop music with simple but very catchy keyboard riffs atop a melody of dual vocals (Nick & Alden) singing songs about dying, ghosts and unicorns. Even though they existed for a short length of time (breaking up in 2004 after exhausting touring schedules) and only released one proper album, their cult status and legacy has long surrounded their later musical projects (Islands, Clues, Mister Heavenly). Their artwork and album aesthetics - with hand drawn cartoon imagery - has lead to a wave of gig posters, other album artwork and merch following in a similar design.

With that in mind, the Unicorns' reunion on the final night of Pop Montreal - a headline show 10 years the after they called it quits - was definitely the most anticipated night of the festival.  They played most of their one album Who Will Cut Our Hair When We Are Gone and more. I wouldn’t say it was their best show - having seen them many times back in 2004 - but it was a special evening of nostalgia. Even the visuals for the performance were retro, having old-fashioned pc screen savers as their backdrop. If they wanted to make us all feel 10 years younger, they did, even for just an hour. The encore joke was a bit annoying and self absorbed - coming out twice and playing 1 chord before saying “thank you, good night” - but the crowd didn’t seem to mind and a huge chorus of “unicorns, unicorns” chants filled the room. They may never have been able to play a venue the size of Metropolis back in the day, but tonight the 2000 cap venue seems to fit them just right. Good on you Unicorns! [MS]

Making The Most Of It

At any festival there seems to be one or two artists that get everywhere. In the case of Pop Montreal, the prize goes to Montreal native Mozart’s Sister who played the Paper Bag Records showcase, performed at one of the late night parties, performed an alternate anti-fracking rendition of the Canadian National Anthem at the Pop vs Jock game and were also seen selling other people’s records on the Phonopolis stand at the festival record fair. Running a close second was Regina The Gentlelady, who performed her dance-move-heavy electro-pop three times over the week, and also managed to get a guest slot with JJ Fad. Little wonder her latest single as Light Fires (yes another project of heres) is called “I Like To Work”.

On the subject of making the most of it, a special mention should go out to The Adam Brown’s Adam Brown -  a purveyor of the finest geek-rock, hand selected by Alden Penner to open The Unicorns show. Having run through most of his power-pop heavy set -  which included a paean to Game of Throne’s Jon Snow - as the last song approached he stepped over the monitors and onto the front of the stage, addressed the 2,000 capacity room and promptly tore into a scorching guitar solo with full Townsend-ing windmills and foot on the monitor moments; living out the rock star fantasy with wide-eyed wonder and the biggest smile on his face. [RC]

Wow, this lady can still sing! Having seen Blondie and Martha Reeves' vocals suffer from aging in the past year or so, it was such a nice surprise to find Ronnie hasn't lost any of her power. Match that with the power of her life story and you’ve got an amazing evening of songs and anecdotes weaving their way through her spoken autobiography from the 1950s through to the present.

Her story is so moving, having been through - and come out on top of - years of abuse with Phil Spector and then decades of him bullying the Ronettes with legal battles and trying to keep them out of the Rock n Roll Hall of Fame among other things. Every person in the Rialto (man or woman) who’s gone through an abusive relationship of any sort was almost in tears. Her story speaks to us all in so many ways. This show defined our weekend. [MS]

Meet Me in the Basement

Every year Pop Montreal’s official after party takes place in the basement of a church with well lubricated fans and artists alike sweating it out to a finely curated, if somewhat unexpected, line up. This year varied from Twin Shadow and TR/ST to 80s all female hip-hop group J.J. Fad.

The finely curated nature of the festival is what keeps people coming back year after year, but the booking of Calypso Rose - the Queen of Calypso - to close the festival was perhaps the festival’s most inspired choice: it isn't difficult to see why she was once voted ‘Most Outstanding Woman in Trinidad and Tobago'. An incredible story-teller who has been writing calypsos since the age of 15, she danced, shimmied and generally whipped the crowd into a frenzy. At 74, she performed with a life-force few at the festival could match, and turned the dance floor into a writhing, sweating, joyful mess. [RC]